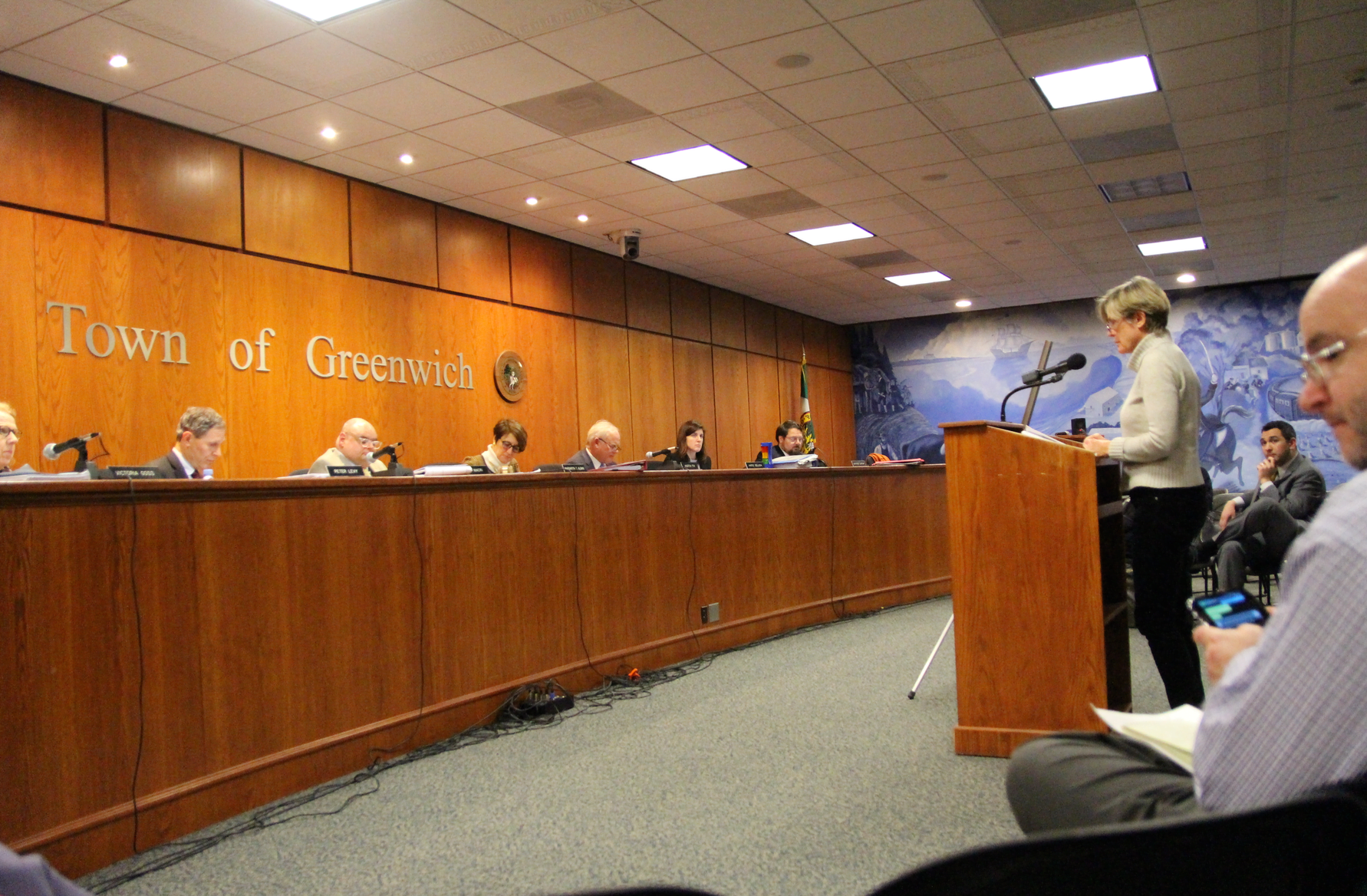 At Tuesday night’s Planning & Zoning meeting the commission explained a stipulation agreement between the commission the applicant on the 143 Sound Beach Avenue. The development will take the place of the existing medical office building next to Susi Orbanowski‘s Old Greenwich Tennis Academy.

“The applicant has been very accommodating to specific changes and requests to changes to architecture. I feel we have a good compromise here,” said commissioner Nick Macri.

In the terms of the stipulation, the building will have 34 units, which is down from 60. Three units will be for moderate income tenants and one will be designated “affordable.”

There will be 47 parking spaces, which represents a minimum of one per unit.

There will be a new crosswalk on Sound Beach Ave with signage and lighting.

The building will be reduced from the four stories originally proposed to three stories.

The height of the building decreased from 47 ft to 40 feet.

The building will be set back off Sound Beach Ave by 76 feet.

The architecture will be more of a traditional brick style similar to the Perrot Library, fire house and Old Greenwich School, which represents a change from the contemporary looking building that was originally proposed.

The fire department’s concerns have been satisfied. The applicant has enhanced internal fire protection with sprinklers and egress systems, and there is access for emergency vehicles from all side of the building.

Rooftop amenities will be limited to residents only, with no parties, intense lighting or loud music. Use is prohibited from 10:00pm until dawn.

There is specific landscaping all around the building, specifically on Sound Beach Ave and at the back of the site.

Lighting is now low level, with nothing higher than 36″off the ground.

The facade lighting will be traditional style sconce fixtures at the doors and exits, which are required by code.

The garage lighting will be concealed LED fixtures.

During public comment, Ms. Orbanowski, owner of the tennis academy next door, said she was delighted the building would be downsized.

She said her tennis center has abundant parking and that she feared people from 143 Sound Beach Ave will park in her lot.

Nancy Ramer, of Riverside, a former member of the P&Z commission, urged the commission to retain authority over the stipulation rather than staff.

“The terms of the settlement are very vague,” Ramer warned. “This is going to become an important precedent in this body of law, and you should give great care as to what goes in there and what doesn’t. It should be very detailed.”

Mrs. Ramer urged the commission to include the requirements of the underlying LBR zone, including FAR and building height, versus what is being allowed in the stipulation for the development. LBR stands for Local Business Retail.

“Many will look at this case as a benchmark going forward, you need to give good thought as to whether it is appropriate because you will be looking at this as case law,” Ramer said.

Ramer noted that Greenwich’s regulation 610 provides for a bonus system, but there is no declaration in the stipulation as to whether the applicant is using that regulation.

“There are three moderate income units, but you do not specify what you are getting for what bonus. You should explain how you got to this ratio (of moderate and affordable) because somebody will come back and use this going forward.”

Mr. Macri made a motion to approve the settlement as presented for 143 Sound Beach Ave Association and the P&Z of the Town of Greenwich.

Mrs. DeLuca suggested incorporating the decision letter for 830g regarding why that was initially unsatisfactory. (Back in late 2017, the proposal was for a massive apartment building with just 47 parking spots for 60 units, in which 30% would be marketed as affordable under CT General Statute 8-30g.)

Mrs. Alban agreed that Mrs. Ramer’s comments should be added as an addendum. “It is a good framework to add, and does not change the body of the agreement. She’s requesting clarification.

With the addendum added the commission voted unanimously on the stipulation.