The first was a proposal for a massive apartment building at 143 Sound Beach Ave, which would have featured just 47 parking spots for 60 units, in which 30% would be marketed as affordable under CT General Statute 8-30g.

During several public hearings, neighbors had jammed the meeting room to voice their ardent disapproval of the proposal.

Residents, most visibly Adam Tooter, adjacent neighbor from Potter Drive, referred to “predatory developers,” while the applicant, represented by Chip Haslun of Johnson, Haslun and Hogeman, said the affordable housing development under CT statute 830g  would lure millenials and seniors who, rather than owning cars, the train, Zipcars, Uber or Transportation Association of Greenwich (TAG) for rides.  The commissioners repeatedly described the proposal as “underparked.”

Local business owners said they feared the residents of 143 Sound Beach Ave would take up the on-street parking used by shoppers.

The applicant repeatedly said the new expanded parking lot at the Old Greenwich train station would create a source of parking, but they never returned to the commission with any kind of official arrangement with Metro-North.

Another nail in the coffin of the proposal came in the form of concerns from the Greenwich Fire Department, who said the building’s design presented a challenge in the event of a fire.

On Thursday, Nov 9, the applicant returned to P&Z, but hadn’t brought along updated information previously requested by the commission.

Mr. Tooter said bluntly at that meeting, “Ivy Capital didn’t make any changes to their application because they feel they can win in court.”

At that November hearing, Haslun said, “It is so very difficult to get towns to build affordable housing, that’s why they created 8-30g. Towns have good intentions, but when push comes to shove, it just wasn’t being done.”

Towns are supposed to have 10% of their housing be affordable.

“We’ll continue on to the court system,” Haslun said. “I have a feeling there is going to be an appeal.”

The commission rejected the proposal, determining that health and safety needs outweighed any need for affordable housing. They cited the lack of parking, issues with the fire department, and cars with literally nowhere to park.

The denial of the proposal for 143 Sound Beach Ave may indeed result in litigation.

On WGCH 1490 on Friday morning, P&Z director Katie DeLuca said, “That seems to be the standard course for 830g applications. We’ll see what happens. That’s up to the applicant. That is a provision that is considered within the state statutes.”

She said there are processes outlined in the statute about next steps, including a period when the applicant can return to the commission with a revised plan. “They can look to appeal the decision. Then there is a mediation process we go through. Then it goes to the courts.

Three of the six houses to be demolished to make way for the 19 unit residential development on Milbank Ave.

The commission also denied a proposed 19 unit apartment building that would replace a row of turn of century homes on Milbank Avenue at the corner of Havemeyer.

The proposal was for a 84,767 square foot development, with underground parking for 19 vehicles, plus on-grade parking for 18 vehicles.

On Friday morning Katie DeLuca, on WGCH, described the proposal as a remnant of the old R6 zone regulations, which allowed multi family development upwards of three units and combining of lots.

As of June 1, developers can only build one or two family homes in the R6 zone. 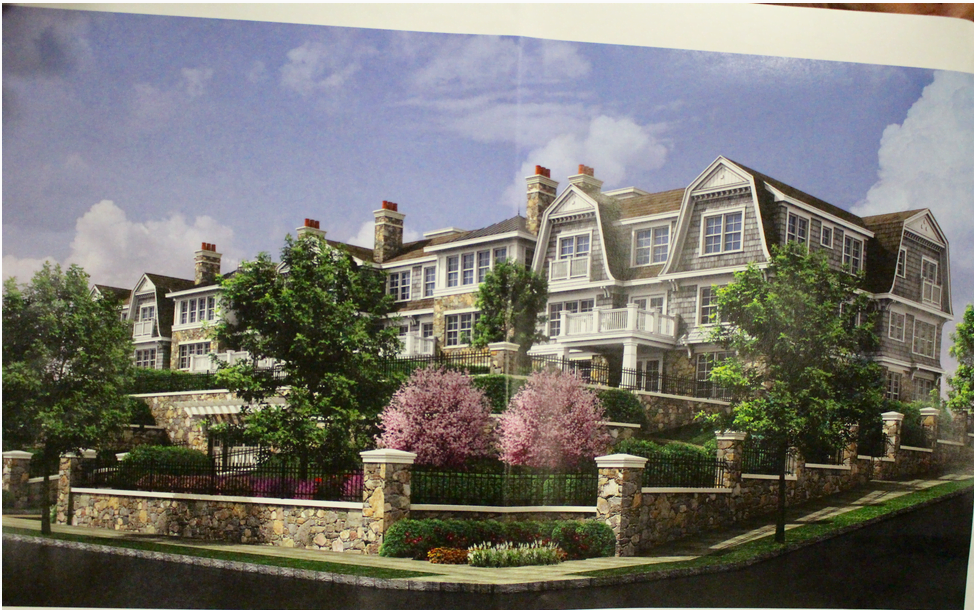 Revised rendering of “The Charleston” the proposed 19-unit apartment building at the corner of Milbank Ave and Havemeyer Place in central Greenwich presented to the Architectural Review Committee on Oct 4, 2017

Although the applicant had altered the roof line to feature some gambrels, and made some small concessions, the commissioners determined the 19 unit building, which would have its back to Milbank Ave, was totally out of scale and keeping with the neighborhood.

As with the proposal for 143 Sound Beach Avenue, Milbank Avenue neighbors had turned out in force to speak at public hearings over several months to express their opposition to the proposed apartment building.

John Ferguson, a Greenwich resident of 45 years, said he bought his home at 250 Milbank Ave, directly across from the proposed development, back in 1983.

“It’s been renovated in the Victorian tradition of the street, and is an example of what should be done and has been done in many good cases,” Ferguson said. “This building is a travesty. It looks like Tremont Avenue in the Bronx.”

“This is not only unattractive, it’s environmentally distressing. …This is like the Berlin Wall,” Ferguson continued. “You have an environmental problem, a traffic problem and a water problem. You couldn’t have a worse looking building than this building.”

Neighbors also presented a petition against the development with 150+ signatures. 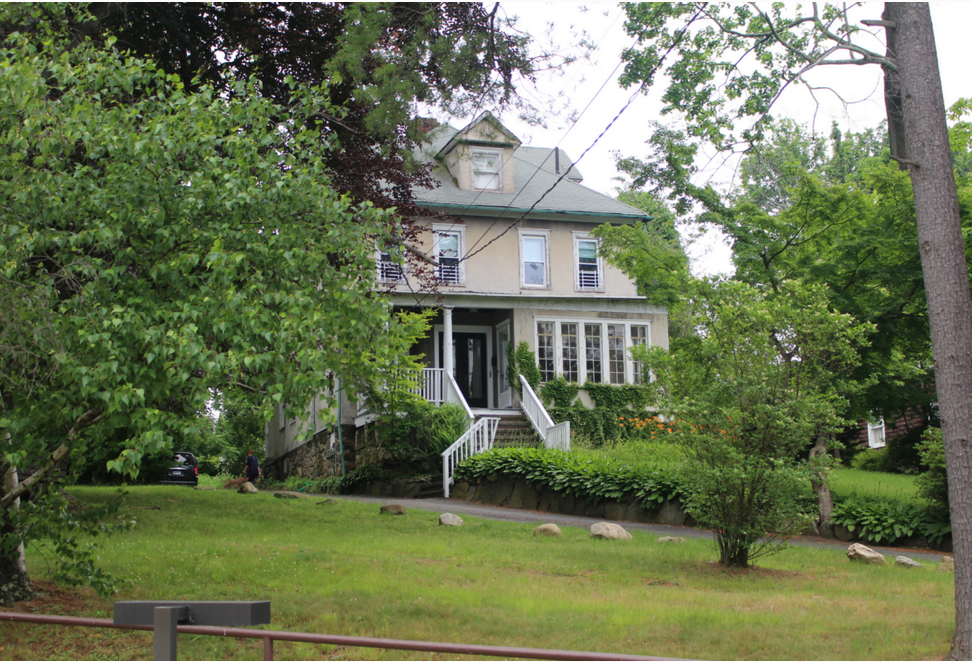 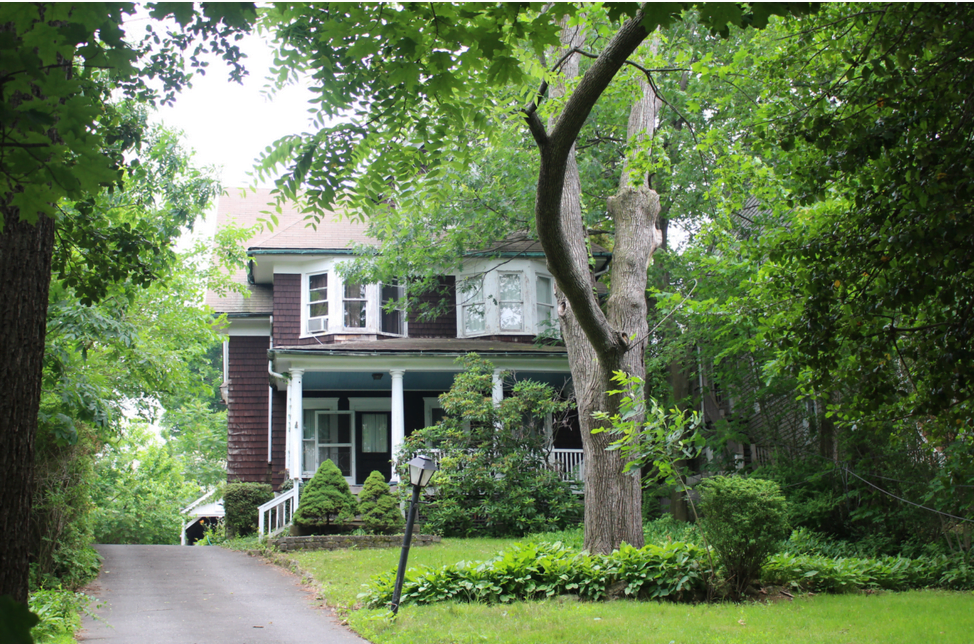