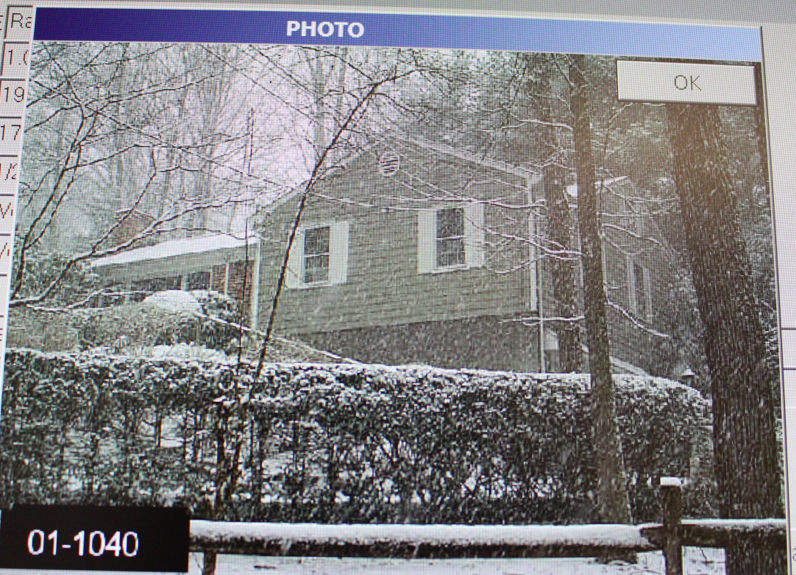 An application for final re-subdivision at 156 Overlook Drive in Milbrook who wish to subdivide a 32,864 sq ft lot into two was entertained at the Feb. 10 P&Z meeting.

Tom Heagney represented the owners, George and Fruma Korper, who currently own the a single family house on the lot. Following the proposed subdivision, each lot would be 13,967 sq ft.

Mr. Heagney said the lots would each have adequate frontage and open space would comprise 4,930 sq ft or 15% of the lots. He said the Wetland Agency approved the conceptual design, but with a requirement to return with a wetland application for the northern of the two lots.

“We didn’t think there were wetlands on the site when we filed the subdivision application.

We had a soil scientist go out onto the site who discovered wetlands in the northeast corner of the property.

That’s why we went to the Wetlands agency… ” – Tom Heagney, attorney for owners of 156 Overlook Drive, George and Fruma Korper

P&Z commissioner Richard Maitland described the lot as unusually shaped. “To have spaces connected like that, connected by a small corridor doesn’t really function for anything. It’s not big enough for any habitat. You need to resolve things with DPW and return to us,” he said. “It just frankly makes no sense.”

P&Z Director, Katie DeLuca read comments prepared by Aleksandra Moch of the Conservation Commission: “The shape of the open space is narrow and runs along the property line, but because of its shape it would have a diminished value for wildlife and it would be difficult to protect from future encroachments.”

“In smaller open space it’s of marginal value for wildlife to begin with,” Mr. Heagney replied. “We’re not in the 4-acre zone, setting aside acres for wildlife.”

Commissioner Margarita Alban disagreed, pointing out that she lives near Milbrook. “I get wildlife coming out of there. In this case the open space does have value because it’s good for wildlife to move around.”

“My client has been in discussion with some of the neighbors including the head of the Milbrook Association, but we haven’t had the opportunity to get everyone together. This being a school vacation week it wasn’t ideal,” Mr. Heagney said. 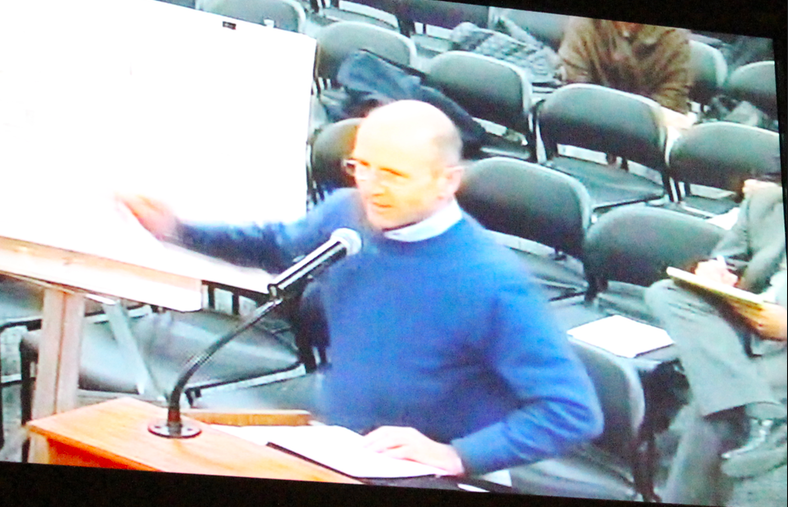 Garret Gnaedig, a neighbor of the proposed lot split at 156 Overlook Drive voice objections to the application.

Garret Gnaedig, a neighbor of 156 Overlook, who has lived there 24 years said there are a large number of neighbors with “severe concerns about this project.” He had a list of signatures of neighbors opposing the subdivision for a number of reasons.

“What the owners are proposing is a massive development,” Gnaedig said. “The lot has a steep incline and rock formation on the southern part of the property. Putting two 4,000 sq ft houses would require removing almost the entire rock ledge and entail two structures with garages underneath, creating a total of four levels that would tower over everything else and completely change the neighborhood,” he said.

Gnaedig added that the elimination of several mature trees would have an impact on ground and storm water management, and “put additional burden on neighbors and existing sewer system.”

Mr. Gnaedig said the proposed new owner and the current owners are “fully aware” that the real estate listing clearly stated it is a non-divisible property.

Caroline Dewey, of 156 Overlook Drive, said she has had water in her basement and suggested the removal of rock and trees will worsen the water issues in the neighborhood. She suggested a study be conducted before cutting into the rock. 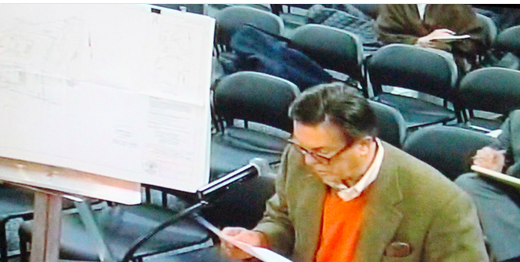 Waldo Abbot of Milbrook spoke out against the proposed lot split on Overlook Drive.

Waldo Abbot, of 170 Overlook, read an additional portion of remarks by Aleksandra Moch, conservation analyst for the Town:

“This .74 acre site supports a single family residence with driveway. With exception of the northern corner, the entire property is underlined with shallow rock formation, which controls steep topography and several ledge outcrops throughout the site. This site is most likely one of extreme in terms of steep slopes and shallow ledge. Thin or or This or no soils over the area makes it a challenge for in-ground infiltration and the establishment of a house foundation. The access to each proposed lot is too steep to pass the required minimums.” – Aleksandra Moch

Moch’s remarks also noted that access to residence would mostly be via garages at the lowest level, and that 20 ft of solid ledge would have to be removed. The report points out that the steep slope on the front of the lot does not allow for parking of construction vehicles, and access to the site would be limited after construction too.

Mr. Abbot read concluding remarks from Ms. Moch: “The steep slopes and natural rock formations add to the beauty and diversity of the landscape and streetscape.  This rock formation has a long geographical history, which is part of the Greenwich heritage. Removing it would be irreversible damage and the aesthetics and natural history of the area.” – Alexandra Mokh

“The real question isn’t can you do it? But should you do it?” Mr. Abbot said of the lot split and construction of two homes.

The P&Z Commission decided to leave the application open.