The 2020 Census is quickly approaching, and the final version of the form needs to be approved soon.

The Trump administration is seeking to add a citizenship question to the census form, which, according to Connecticut Lt Governor Susan Bysiewicz would challenge the success of the Census, which is done every ten years.

The message was simple.

Every man, woman and child needs to be counted.

“We have once every ten years to get this right,” said Plumley.

The count is reflected in the amount federal funding that makes its way back to Connecticut.

“The census count is important because we are 48th in terms of federal dollars as far as what we give versus what we get back,” Bysiewicz said. “We are a donor state.”

“Eleven billion dollars in federal funding is riding on this effort,” Bysiewicz added. “For each person we under-count we lose $2,900.”

“The Census is critical so we get our fair share of resources, and also so we can see ourselves as we are,” said State Senator Alex Bergstein, noting that the outside perception of Greenwich is that it is not diverse.

“It’s important to have the data to back that up because 22% of our families in Greenwich are Asset Limited, Income Constrained, Employed or (ALICE). They are barely making it. They’re employed and supporting children who go to our schools,” Bergstein said.

Counting the approximately 3.5 million residents in Connecticut is no small task.

But, in 2020, all households will have the option to respond to the Census online, over the phone or by mail, and Bysiewicz said that should go a long way toward making sure people are counted.

“Not every family in CT has a computer or internet. That’s why our libraries are critically important,” said Greenwich Library director Barbara Ormond Glynn.

The 2020 Census is the first where people can fill out their census online and the library has 100 public computers people can use.

“Libraries are neutral and trusted,” she said. “We’re preparing to train anyone who needs to access the Census in any language they’re available in.” 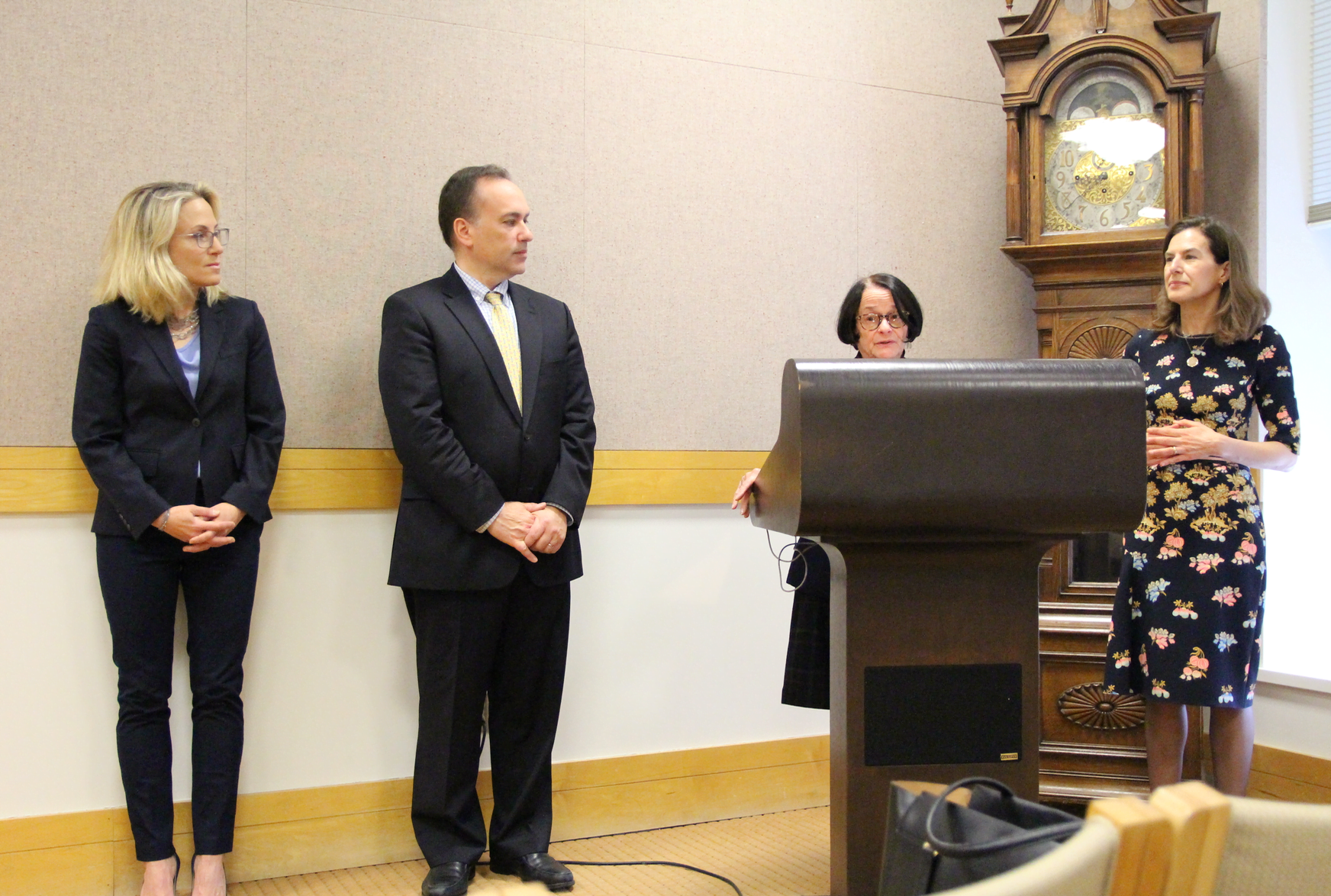 The CCCC is partnering with local governments, non profits, and local media to promote participation in the Census and convey that it is both safe and important.

In Connecticut the Complete Count Committee is also working with Chambers of Commerce, faith based groups, the NAACP, League of Women Voters and other non profits.

“We don’t know yet whether the Commerce Secretary’s proposal for a citizen check box will be on the actual form or not,” Bysiewicz said. “There is litigation going on in federal district court.”

The US Supreme Court Court will take up the issue on April 23.

US District Judge George Hazel in Maryland ruled on Friday that asking whether someone is a US citizen was both unlawful and unconstitutional.

A citizenship question could undermine public confidence in the census and result in lower participation by immigrants, in turn lowering federal aid since federal funding is based on population data from the Census.

Also, since the Census numbers determine how many seats individual state have in the US House of Representatives, there is concern that because immigrants communities are concentrated in Democratic strongholds, their representation could be diminished.

Bysiewicz sait it is likely the judges’ rulings will be appealed to the Supreme Court, who are set to hear oral arguments on April 23, and rule in June, which  is when the Census must be finalized.

Bysiewicz said Connecticut’s Attorney General William Tong has joined with a group of Attorneys General across the country to oppose the citizenship question.

The US has conducted a Census since 1790.

According to Public Policy Consultant Terri Ann Lowenthal, who attended the kick off, there has not been a citizenship question on the Census sine 1950.

“We need your support in educating community members on why the census is important and safe,” Plumley said. “We are bound by Title 13 under the Constitution not to share any of the data with federal state local law enforcement, or any other private organization. Your data is strictly confidential and only used for statistical purposes.”

Although the formal count is not until 2020, Plumley said many of the critical census activities have already begun.

The census is recruiting staff and planning to open offices in New Haven, Hartford and Danbury.

In addition to managers, the Census will employ census takers, also referred to as “enumerators,” to work part time for $25.00 per hour. Plumley said people interested in applying can go to this link: 2020census.gov/jobs

Plumley said the Census Bureau’s hiring includes people from the parts of the community which are hard to count.

Questionnaires will be mailed to homes in mid March 2020. Two months later, in May and June workers will begin knocking on doors of households who have not completed the Census.