Over the weekend Greenwich residents obsessed over the identity of the person or people responsible for a series of signs that appeared across Town Friday morning that said “Trump/Camillo” and featured a website, FredCamillo.com, which linked to a pro Donald Trump website called CitizensforTrump.com.

In fact as of Monday night the site still links to CitizensforTrump.com

Reached by phone Monday afternoon, Greenwich Police Captain Mark Kordick said he purchased the signs, though he did not actually put them in the ground – someone else did and he knows who.

He said at the end of the day on Monday the day Deputy Police Chief Mark Marino placed him on paid Administrative Leave from his job at the Police Department effective immediately.

“He said it was about the signs and asked me if I was responsible for the purchase of the signs and I answered truthfully that I was,” he said.

Kordick said he was mystified about why he was put on leave.

He said the signs, as with all campaign election signs, represented his right as a citizen, taxpayer and resident of Greenwich to express his free speech.

Kordick said the Marino showed him a copy of an invoice from a sign company with Kordick’s name on it for the Trump/Camillo signs and he immediately admitted to having bought the signs.

But, he said, he did his homework first, calling the SEEC and telling them what he wanted to do.

“It is okay for a regular citizen to put up political signs,” he said, adding, “I was not acting in concert with or with the consent, knowledge or permission of any other person, group, political organization or political campaign.”

Kordick said he had also confirmed with the SEEC that an attribution at the bottom of a sign, unlike the paid ads on this website for example, is not required.

Certainly, according to zoning enforcement officer Jodi Couture, campaign lawn signs are protected as free speech. In fact, in the past this news site has published arrests of residents caught removing them.

Greenwich resident Laura Gladstone posted on Facebook that she’d nearly been arrested for taking the signs down.

“If anyone was wondering it wasn’t me! But I did almost get arrested for taking them down,” Gladstone said in her post over the weekend.

The signs may not have been approved by Camillo, who said they were despicable, but therein lies Kordick’s point.

“The signs point out his hypocrisy,” he said, referring to Camillo. “That’s the leader of the Republican party.”

“Each of the signs was legally placed on Town property right alongside other public political signs,” he said. 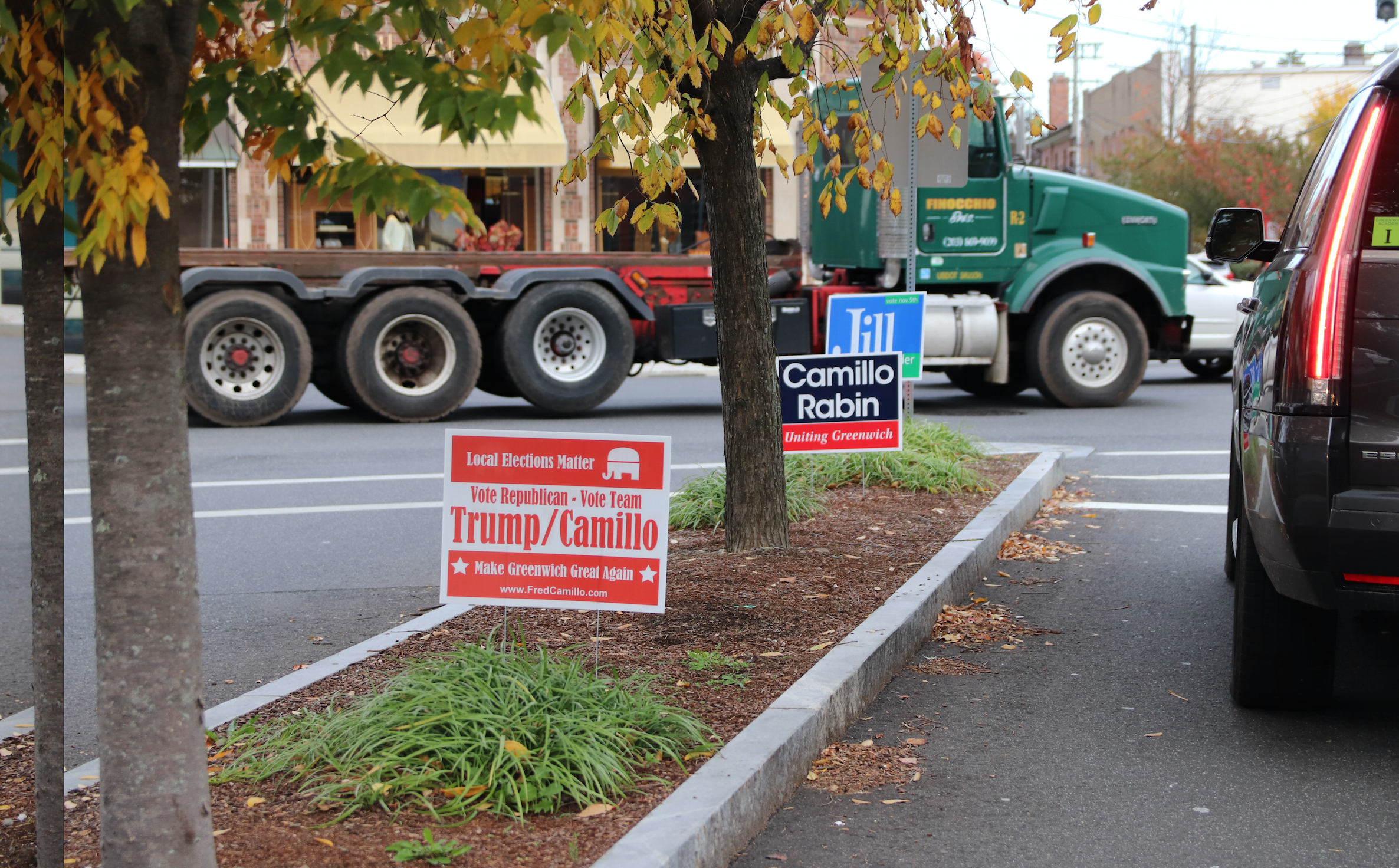 “I was assured that an individual citizen purchasing and displaying political signs was not an SEEC violation as long as there was no coordination with any political campaign or party. There was no such coordination in this case,” he added.

Kordick said the purpose of the signs was to promote thought about the positions of political candidates and point out that the election of local candidates of a particular political party represents a tacit endorsement on the local level of that Party’s national positions.

“I’m a Greenwich resident, taxpayer and registered voter. My free speech has been breached by their removal,” he said. “I’ve never denied I did it. I have not been untruthful. I participated in it.”

Kordick said he is the registered owner of FredCamillo.com, which he purchased a year ago.

“It originally directed it to the Fred For First website, but when it came clear to me he wasn’t going to distance himself from the Trump administration, his position became untenable to me,” Kordick continued, adding, “It’s not personal.” 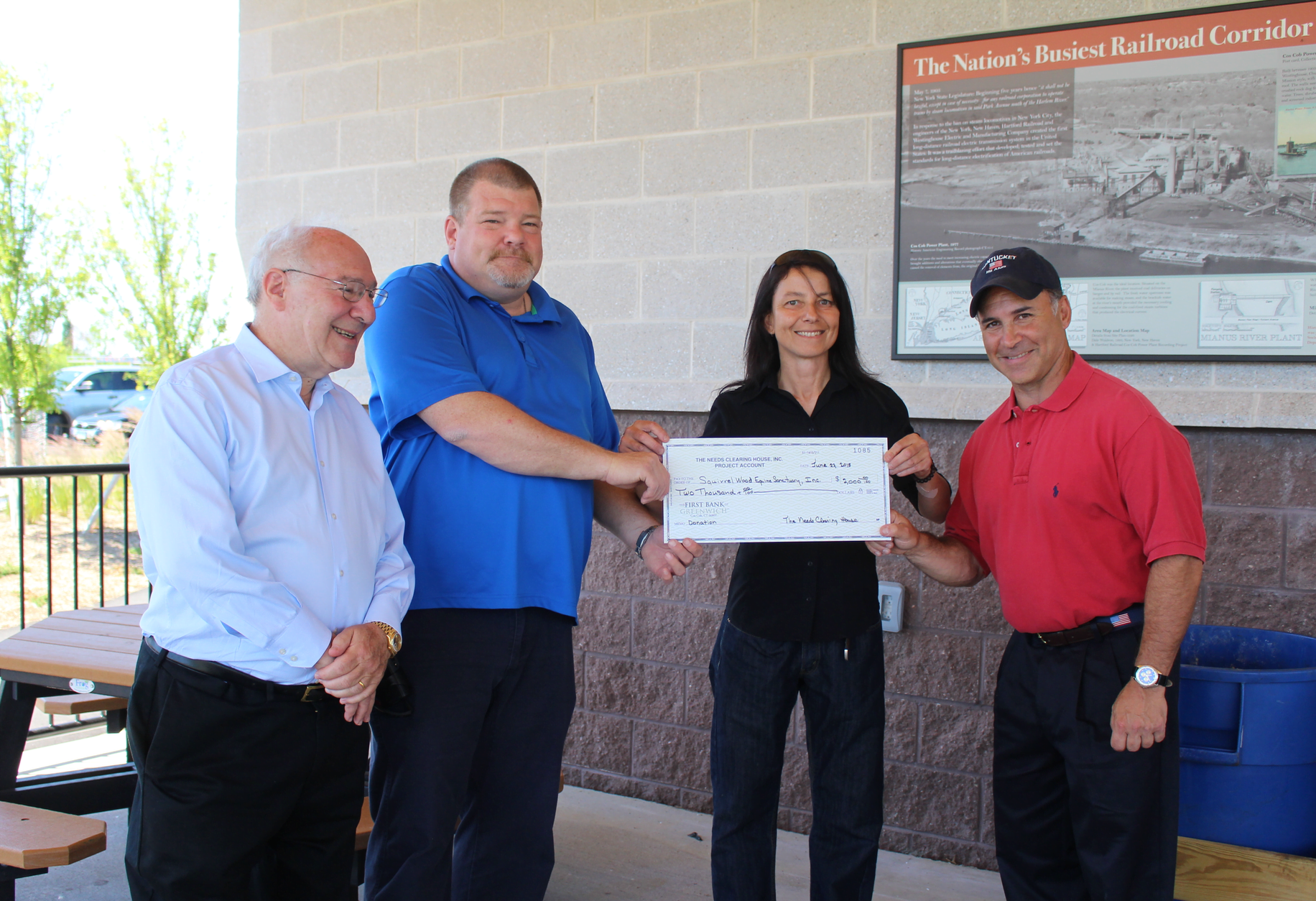 Kordick said he was dumbfounded by the turn of events.

“I didn’t know the municipal government could issue an employment consequence for my participation in the political process like every American citizen,” he said, adding that he has retained an attorney.

“I’m glad it came out because I was considering going public myself. The Democrats should not have to take the blame. This was not coordinated with any campaign or political person.”

As of Monday night no statement from the Police Department or the Office of First Selectmen, who serves as commissioner had been issued.