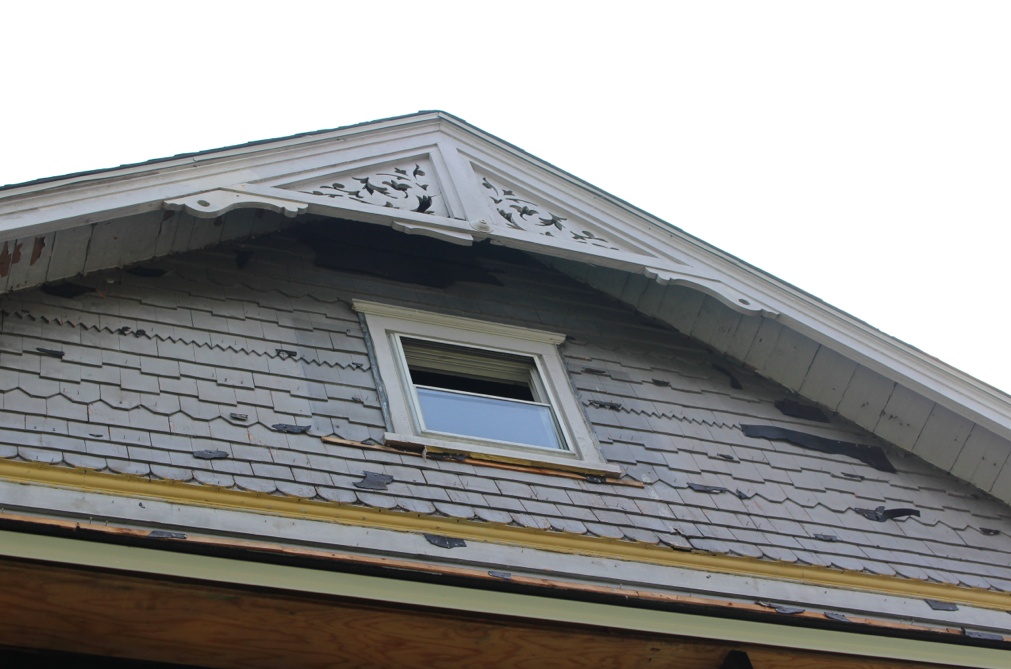 Continuing our series on Byram, State Rep. Fred Camillo (R-District 151), who is known for championing animal welfare legislation, and is often spotted with his beloved German Shepherd Rudy, in tow, is also a history buff. In fact he owns a 1898 house on Church Street West, where he lived for seven years, and even taught history at Port Chester High School for a time. 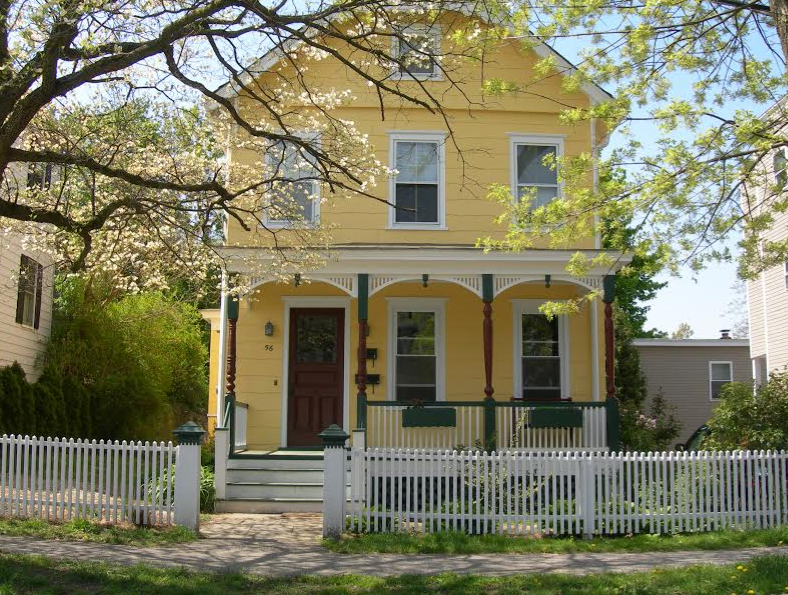 56 Church Street West in Byram prior to the fire. The house was covered in asbestos shingles, painted yellow. Courtesy Fred Camillo.

In 2008, Camillo moved within Greenwich and subsequently rented the Byram house out tenants.

Sadly, there was a house fire the early morning hours of Nov. 2, 2013, that took the life of a tenant’s dog. 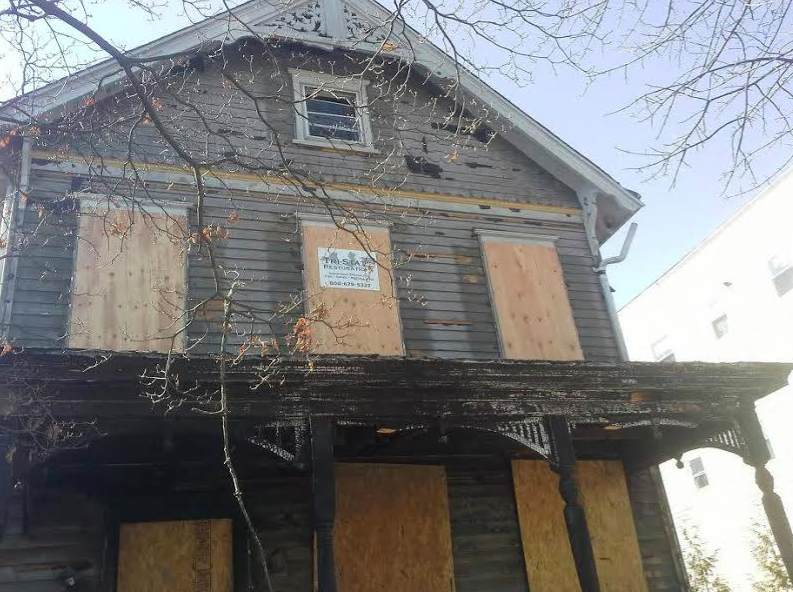 Fire destroyed the downstairs and the smoke traveled upstairs, melting everything in its path. Camillo said he has mixed emotions about the project, because of the constant reminder that a dog perished in the fire. 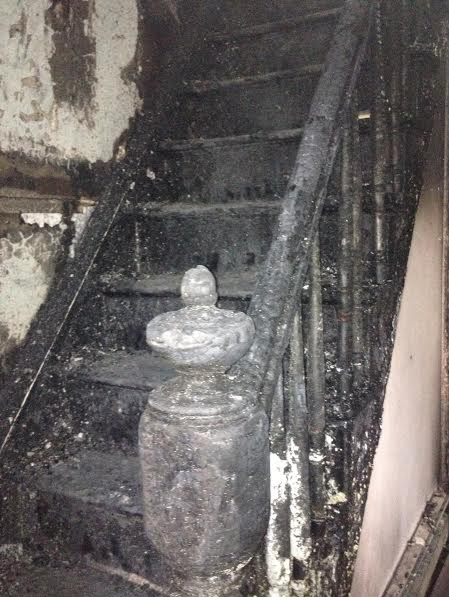 He said the tenants woke up in time to escape, but because they couldn’t see through the smoke and were coughing, they didn’t initially realize where the dog was.

“The firemen said the tenants were about 40 seconds away from losing their lives,” Camillo said.

“She wanted to go back inside for him, but the firefighters said it was too dangerous,” Camillo recalled. He said the firefighters retrieved the dog and carried him outside but he died on the sidewalk.

“We could have pushed for them to tear it down,” said Camillo, referring to the insurance company. “But the structure was still fine.” 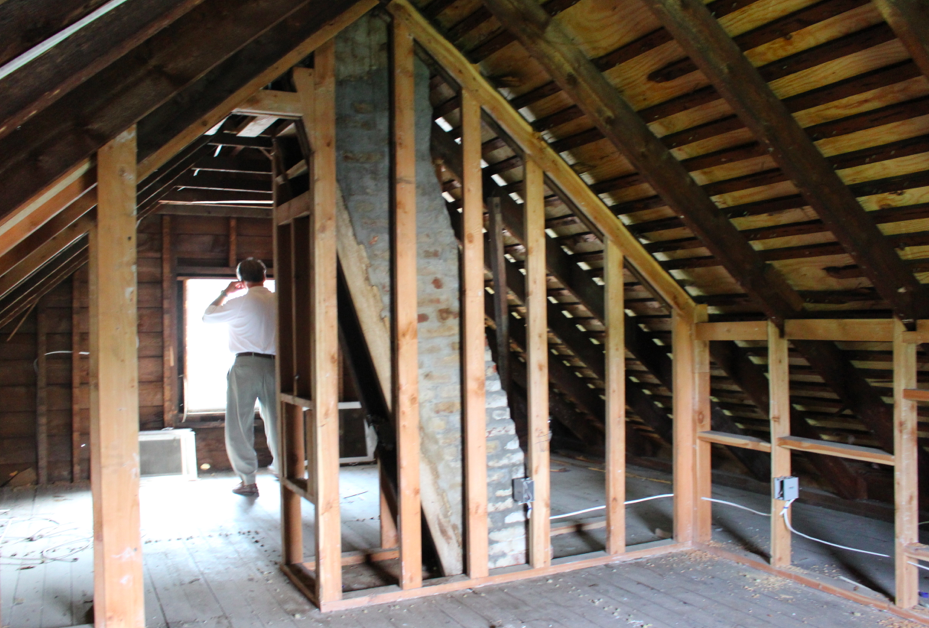 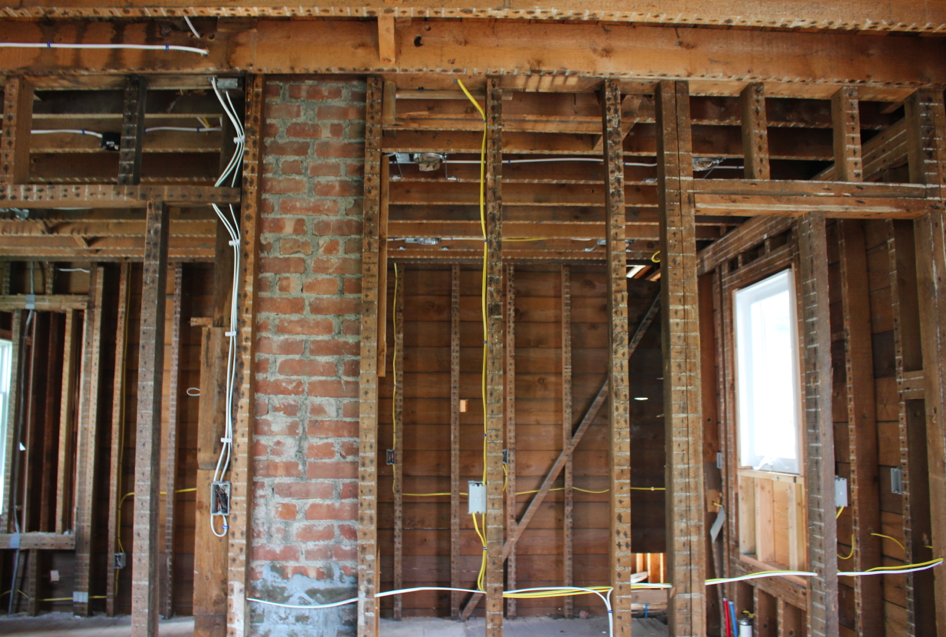 The old homes on Church Street West and a couple on Mead Ave feature sea captains’ homes and Camillo said of his house, “It’ll look more like1889 than when I bought it,” adding that he plans to have the home painted Nantucket grey. 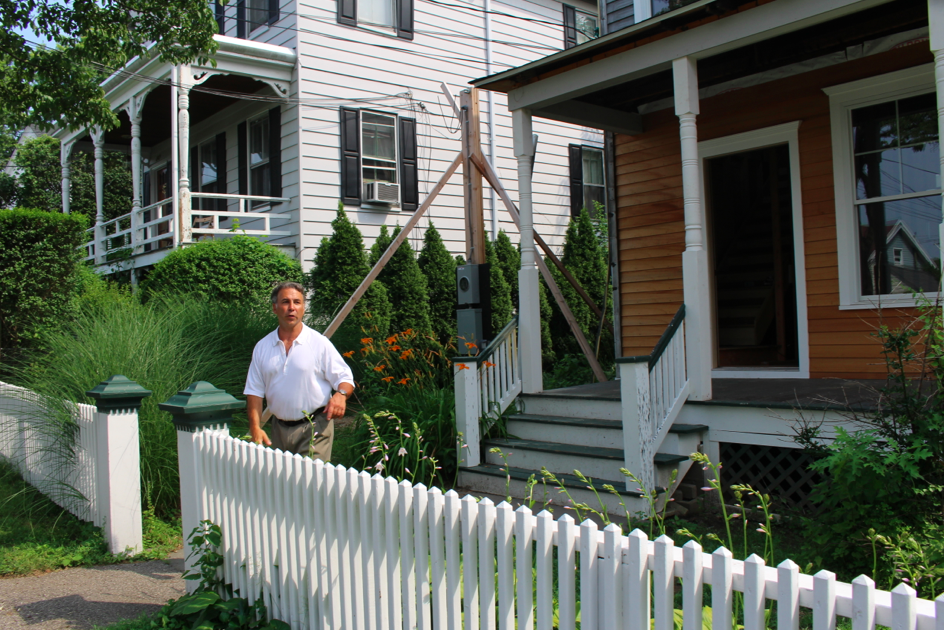 “It’s pretty cool the history here,” Camillo said, explaining that was no bridge on Delavan Ave when the houses were originally built. 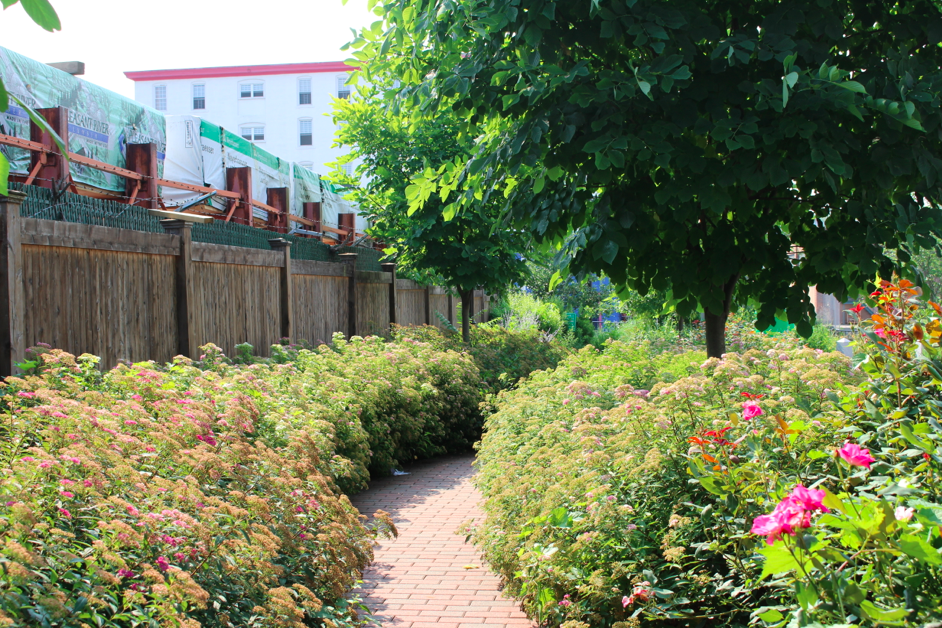 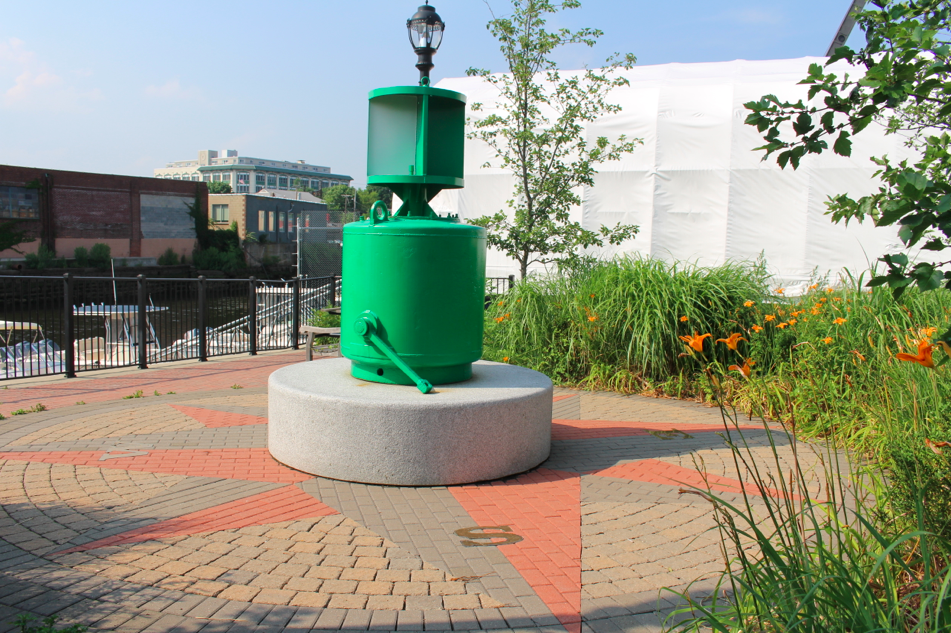 “Right where there is the pocket park by Catalano Brothers, there was a drawbridge,” Camillo said. “And it’s Church Street West because of the church in Port Chester.” Indeed at the foot of Church Street West and South Water Street, a meandering brick path is lined with perennials, flowering shrubs and roses. The path leads to a nautical themed pocket park with a view of the Byram River.

It is still a tightly knit neighborhood, and Camillo recalled that during a power outage a few years ago, it was too hot to stay inside, so neighbors organized a block party.

“Walk 5 minutes to the beach! You can walk to everything. Firehouse Deli, train station,” Camillo said, listing walkable destinations. “The beach has ball fields, tennis courts, a pool, the beach and a marina. No other park beach has that in Town,” he said. 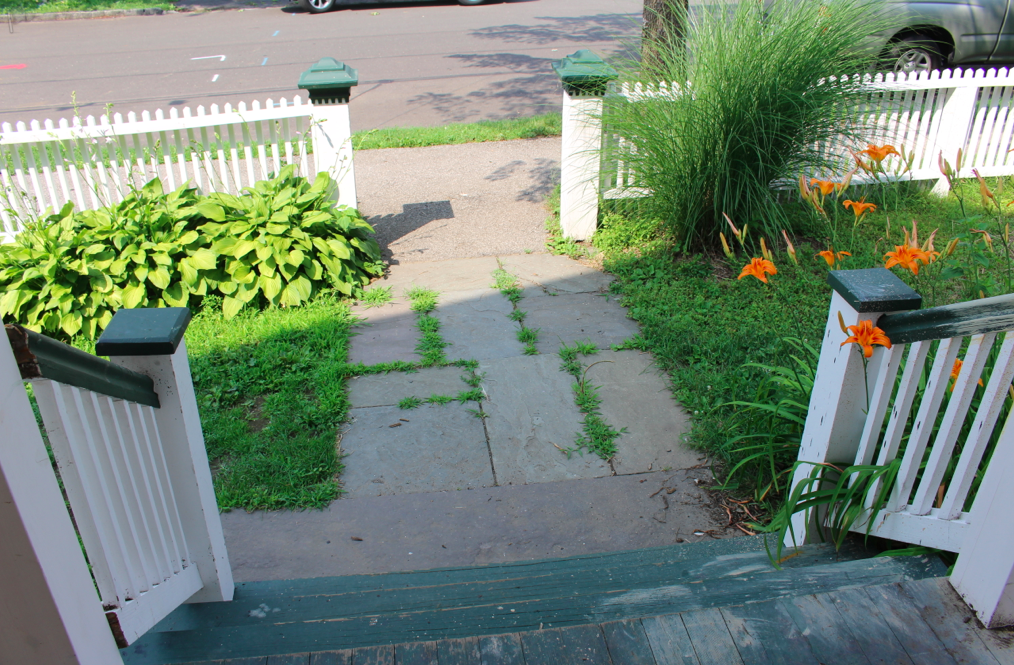 So Camillo is renovating the house, which sits on a century old streetscape that has changed very little over the years. The home retains its  charming wood shingles that were hidden for decades under asbestos shingles, and the ornate gingerbread at the roof”s peak remains in tact.

Through a storybook wood fence with jumbo finials, a short flight of steps leads to a recessed front porch with new wood clapboards and columns.

And since porch ceilings of Victorian homes were often painted blue, Camillo will do likewise. Victorians selected the colors of nature when painting their homes and the blue has the added benefit of deterring birds from nesting in its corners.

Inside, vintage wood sub-floors survived the fire and the exposed brick chimney that runs through three stories adds to the list of pretty antique features.

While Byram has evolved from single-family neighborhoods with large families, to more transient rental scenarios, it is appealing for its short walk to the Port Chester train station on the Metro-North line, charming pocket parks, including the one at the foot of Church Street West at Catalano Bros, and nearby amenities.

The Port Chester side of the river has in recent years made the riverfront a feature, with a promenade between Costco and Bar Taco.

New Lebanon School is a stone’s throw from Camillo’s rental property and the adjacent Byram Shubert Library is a hub for the community with a variety of services and programs, including therapy dog visits and guest speakers.

Right off I-95’s exit two, Byram’s main thoroughfare, Delavan Ave, boasts a variety independent businesses from Byram Bait and Tackle to Byram Ink tatoo parlor. Executive Corner Deli and Firehouse Deli, both stay busy, but there is also Char, BSF Burgers, Shakes and Fries and, at the corner of Water Street and Famous Greek Kitchen with specialties including Mousaka casserole and Souvlaki platter.

Going Fishing? Byram Bait and Tackle Has What You Need