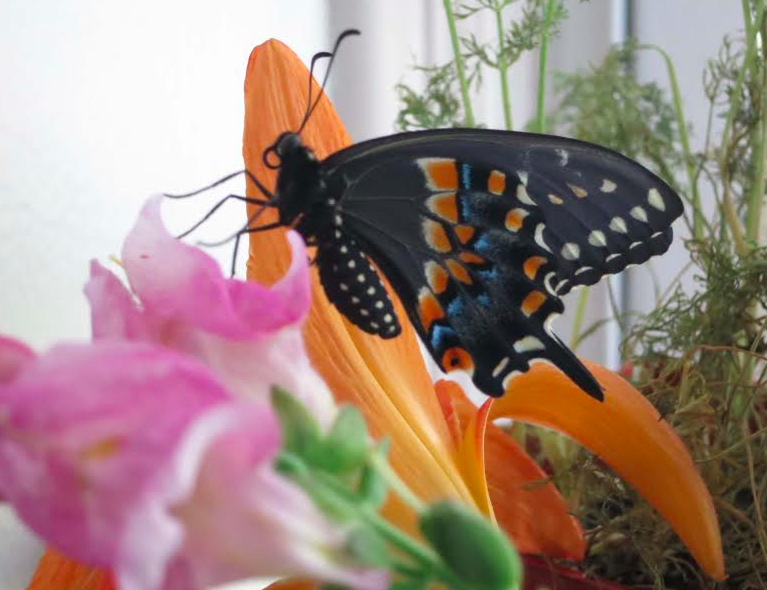 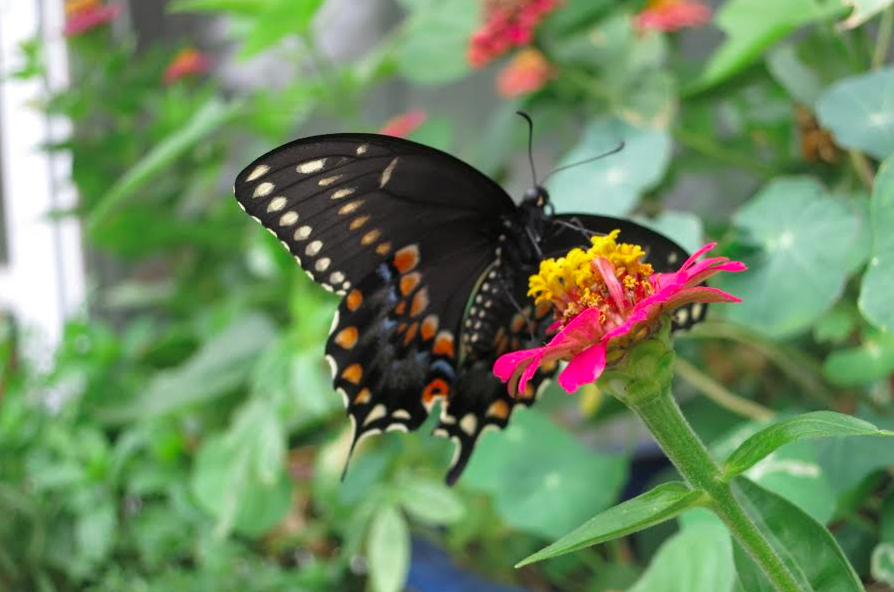 Greenwich resident Leigh Ann Donnelly likes to shop at Whole Foods, especially because the chain uses no pesticides on the herbs they sell.

Occasionally Leigh will find a caterpillars on the dill she purchases, and, knowing how the population of butterflies in the US has been diminished, she had a novel idea. She put plants in her window garden and lets the caterpillars metamorphosize and become butterflies.

“When they hatch they become supermodels,” Leigh says, adding that she releases them after about an hour, as soon as they are able to fly. She says she keeps her plants in an open screen window, the front of which is covered with white tulle to prevent the butterflies from flying in the house when they hatch. She suggests the website Raising Butterflies for more tips.

Leigh’s has one caveat for anyone attempting the project.  Caterpillars cannibalize each other given the chance, so she gives each its separate plant segregated by tulle. That way she isolates the caterpillars from one another, so they do not eat each other.