At Tuesday’s P&Z meeting supporters of a proposed Abilis “Coffee for Good” at Second Congregational Church turned out in numbers.

The coffee shop is proposed for the church’s building at 48 Maple, the historic Solomon Mead House which dates back to 1858.

The commission again made clear that there were two parts to the church’s application. The first part concerns rezoning the entire church property to Historic Overlay, or HO for short, and that request had nothing to do with the coffee shop.

The HO provides incentives, in this case to protect the historic Mead House in perpetuity. Attorney Tom Heagney said the church’s goal is to rent the second floor offices to for-profit businesses, and in turn fund restoration and maintenance of the building.

He said the church would be willing to restrict the office use to non-medical, which has potential higher traffic generation. There is 2,195 sq ft on the second floor broken into 5 office areas. The third floor is the pastor’s apartment.

The commission said they were more concerned with what future stewards of the church might seek to do with the property.

“I’m looking for belt and suspenders on the entire site.”
– Commissioner Dennis Yeskey

Commissioner Dennis Yeskey asked if the applicant would be willing to modify the proposal to include maintaining the entire historic site in perpetuity, rather than just the Mead House.

As of right today, the church could build another 20,000 sq ft, essentially tripling the size of Mead House. With the HO they could build yet another 4,000 sq ft.

“That’s the trade-off,” attorney Heagney said. “The property owner gives up the right to tear this building down and build something else, or subdivide it and provide lots for new homes.”

Mr. Heagney said two letters in support of the HO had been submitted, one from Historic District Commission and one from Greenwich Preservation Trust. 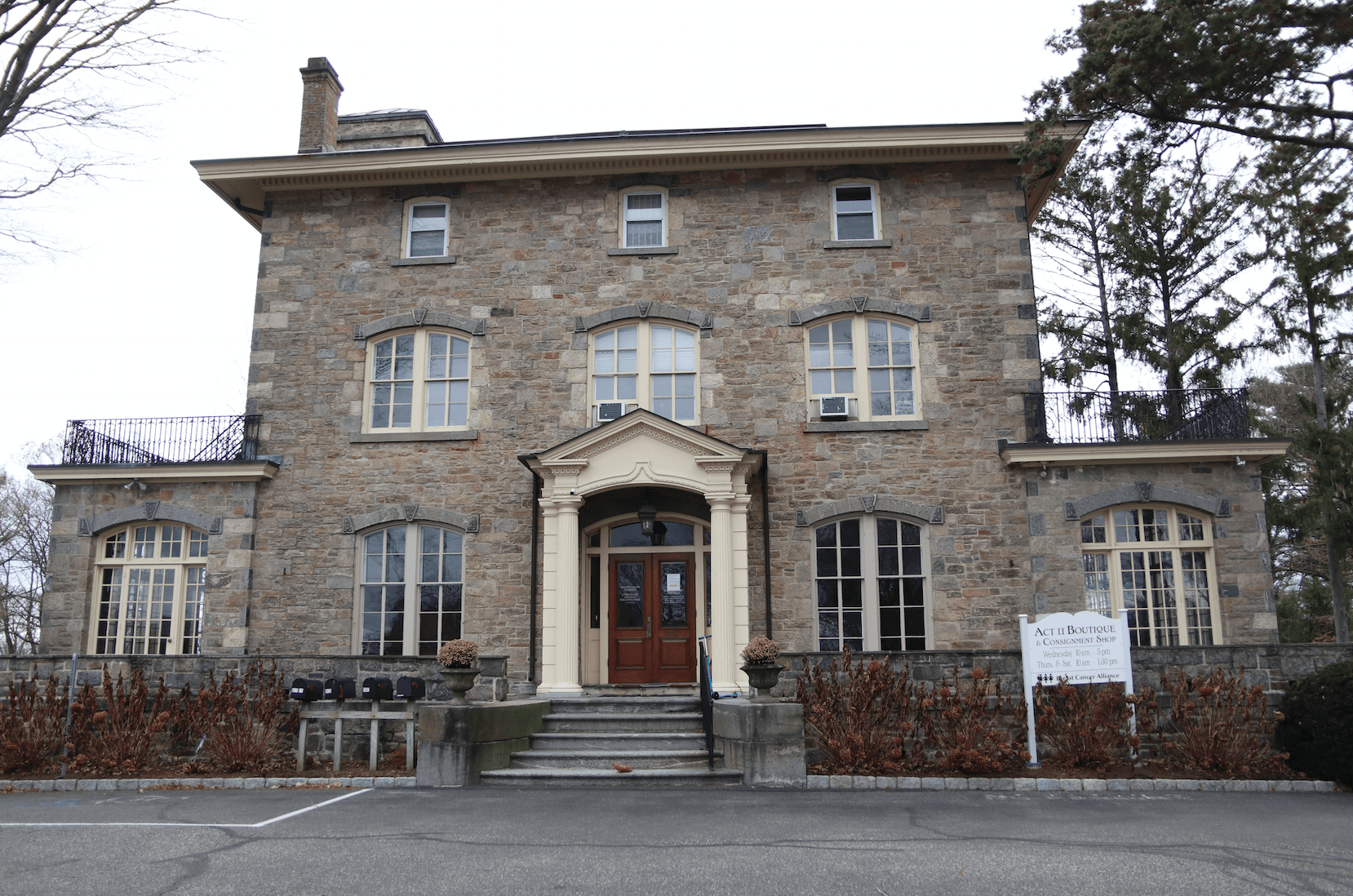 The Solomon Mead House at 48 Maple dates back to 1858. Photo: Leslie Yager

“We can put our own conditions on it?” Mr. Yeskey asked. “Putting in commercial sets a precedent throughout town.”

Mr. Heagney questioned the concern about the HO incentive setting a precedent. “It (commercial use) is limited to properties within 1,000 ft of commercial,” he said.

“It turns our there are plenty of those. There’s a couple on Milbank,” DeLuca said.

“But not to excessiveness. It’s when there is a building worthy of preservation,” Heagney said.

P&Z chair Margarita Alban said the way the regulation is written, it’s applied on a case by case basis.

Commissioner Victoria Goss read aloud Section 6-109 c-2, which says, “‘The property must be used as it was historically or be given a new use that requires minimal changes to its distinctive materials, spaces and special relationships.’ The emphasis is on the property not the building. We can condition the special relationships,” she said.

“You haven’t convinced me that it makes sense to add a for-profit to the property,” Alban said to Mr. Heagney.

Steve Scroggins, president of the church council described Mead House as a white elephant that would cost about $900,000 to renovate.

“The first floor became unusable. We had to decide, do we use it or do we lose it? Do we sell it now because it’s worth money or renovate it? We decided we want to take that risk and renovate it.”

“This is a win win win. For Greenwich, for Mead House and Coffee for Good.” – Steve Scroggins, president of Second Congregational Church Council

Rev. Maxwell Grant said times have changed for houses of worship, and it is increasingly difficult to finance the religious mission.

“Our church like so many is now trying to continue its historic mission in a context where we have to reimagine how we’re going to finance that work,” Rev Grant said. 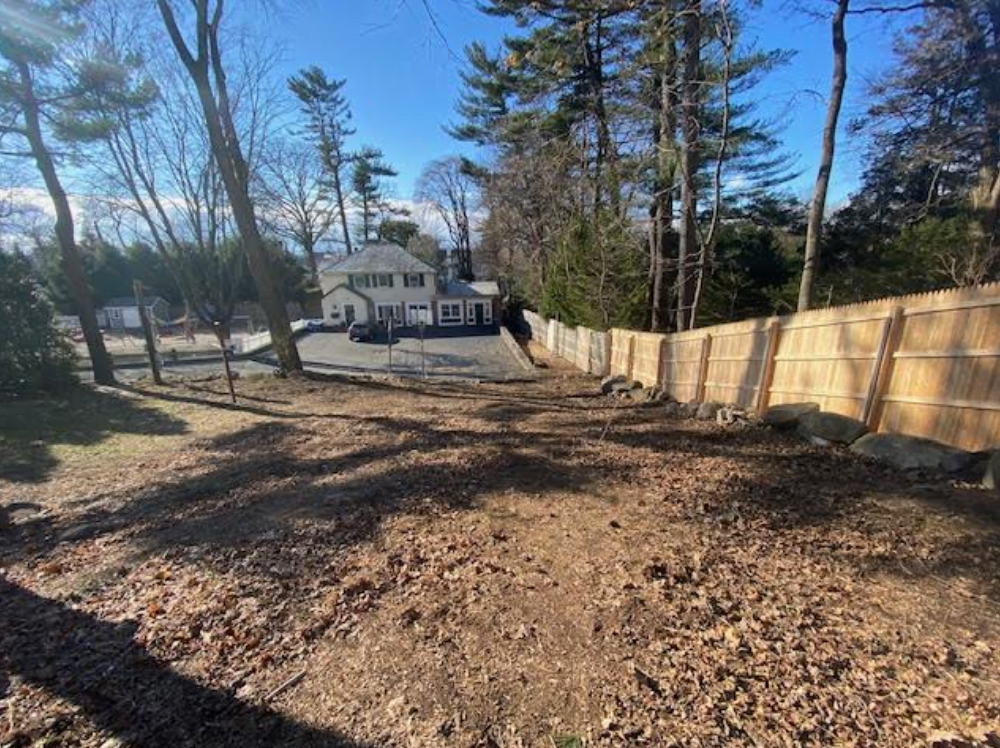 Doreen Pearson, who lives at 64 Maple Ave next door to the church urged the commission to deny the application.

“I don’t understand why the old garage that converted without permits at back edge of property has any historical significance. It’s an unremarkable garage. If they can’t rent the space they’ll come back looking for development,” she said. Besides, she added, “They don’t need the HO for the coffee house.”

“Is there no limit to the commercialization of a non profit? The church becomes subordinate for all these activities.”
– Doreen Pearson, Stanton House Inn

Ms Alban replied that the Pearson’s zone, R20, the church could demolish the Mead House and subdivide the lot and build six houses.

Mr. Heagney said the neighborhood already features commercial uses, including Stanton House Inn and a doctor’s office across the street.

Pearson said she and her husband provided all the landscape screening along the property line and the church’s lights shine through the windows of their home.

The commission closed the item, but did not vote on it.

Next the commission considered the final site plan and special permit that would green light the Abilis Coffee for Good coffee shop.

Heagney said the coffee shop would provide vocational training in restaurant and service business, in both the kitchen and dining area. A 42-seat dining room is proposed.

He said there are over 70 parking spaces available at any given time on the site, and parking for the office workers would be assigned.

A handicapped lift would be added to the back of the building.

“Even with Coffee for Good there would be at least 50 spaces available at any time,” Heagney said, adding that during warm weather they would like to provide outdoor dining, but that at any given time there would be no more than 42 seats.

At the previous P&Z meeting there was concern about how much vehicular traffic would be added to the busy intersection of Maple and Putnam Ave.

“Would your client consider phasing it in?” Ms Alban asked. “Rather than do the 42 seats up front, you start with say, 20, and see how that goes and whether the neighborhood absorbs it well.”

Abilis director Amy Montamuro said her organization had been planning a two-month soft opening anyway, and that they had hoped people going to AA meetings and parents dropping off for the pre-schools would come for coffee.

“Good,” said Ms Alban, adding that any “hiccup” could be fixed during the soft opening.

“We want to train as many people as possible,” said Deb Rogan, executive director of Coffee for Good. “We will have 12 employment hours every day and 10 customer hours.”

Rogan said there were 6 employment days a week, which start at 7:30am to include a half hour set up before an 8:00am opening, and 1-1/2 hours at the end of the day for deep clean and prep for next day.

The 12-hour work day breaks down to 4 shifts of 3-hours each, which is an optimum working time for Abilis trainees. Initially there would be roughly three trainees per shift and extra supervision.

“We have 6 employment days, which allows us to train 24 people in a week,” Rogan said.

Ashley Cole of Hillside Road urged the commission to approve the application, noting that the coffee shop would foster community and provide the type of gathering place that people want and need.

“Second Congregational has embarked on a wonderful fresh effort to revitalize and repurpose the Mead House.

Coffee for Good hits all the right notes.

It helps train and employ some of our most vulnerable citizens. It brings new relevance to an institution that has been in Greenwich for centuries.” – Ashley Cole

Alan Gunzburg from the First Selectman’s Advisory Committee for People With Disabilities listed the benefits of Coffee for Good to the people who would work there.

“There are reductions in the safety net, including food stamps and benefits. Unemployment is high,” Gunzburg said. “There is no program like Coffee for good on the east coast. Without skills and training, mentoring and places like this where people can learn skills and build a resume, jobs will never come about.”

Mrs. Pearson, of 64 Maple Ave asked that the church add landscaping and fencing for visual screening.

Mr. Heagney said steps had been taken to remove invasive bamboo. “You have to keep at it. We would control it as a condition of approval. It can take years to eliminate,” he said.

“Now that the bamboo is removed we have every car shining into our windows,” Pearson said.

Mr. Heagney said the church would be willing to add screening as a condition of approval.

At the end of discussing and public hearing the commission closed the item, though they did not vote on either item.

The chair noted that the applicant indicated they would proceed with their application even if they do not receive approval for the HO.