He said the reopening of Greenwich was going well but behaviors hadn’t change overnight. 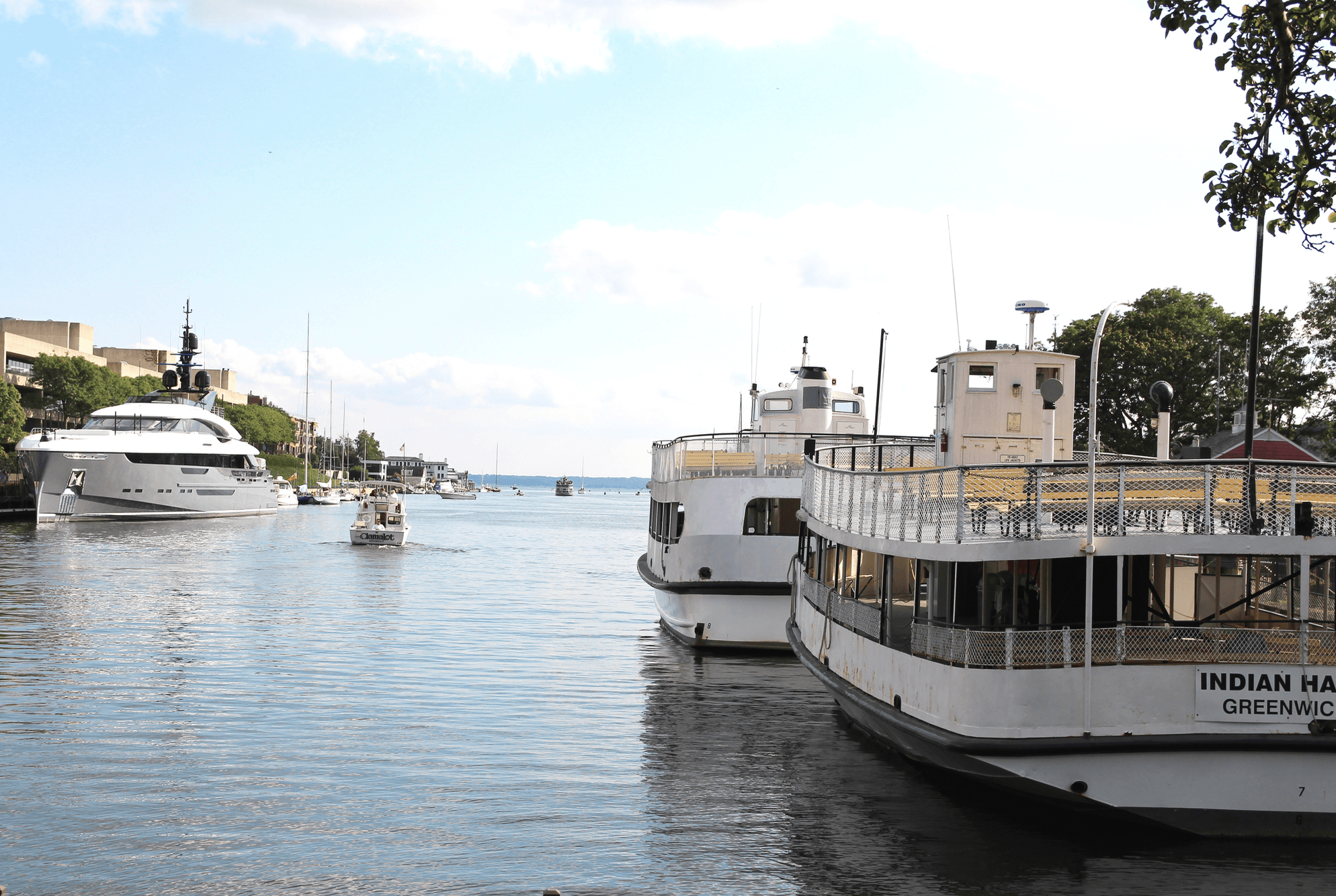 “People aren’t rushing out all at once,” he said. “People are still concerned.”

In a lot of cases, people were sick or lost loved ones. People are exercising caution,” he said. “I think little by little you’ll see people coming out of their houses to go shopping, go to the restaurants and to go to the beach.”

Camillo said there has been some confusion about wearing face masks, and noted the governor’s order mandates wearing masks if you come into close proximity.

“We’ve been telling people for over a month, bring your mask with you. If you are coming towards a crowd, put it on.”

Camillo said that the Island Beach and Great Captain Island ferries will run this summer, though he wasn’t sure the town would begin service on June 15 as previously scheduled.

“If not June 15, it would be within a week or two,” he said. “We’re working to put a system in place so people can get out to both islands (with social distancing).”

Camillo said the governor issued a new executive order about swimming venues and that in lakes and larger streams swimming is not allowed, but swimming along the shoreline is allowed.

“It’ll be up to towns to enforce it, given gatherings of 5 or more still aren’t allowed. Everybody still has to social distance,” he said. “We can’t just open it up and have nobody on the beach to monitor it, but we absolutely want everyone to get out there and enjoy the beaches.”

“Whavever we put in place, we want to make sure we can properly monitor and enforce,” he said. “We want to make it as normal as possible even though it is not a normal time.”

At Byram Beach, the concession stand is open daily from 9-5 and is again run by Kevin Allmashy of Executive Deli. The rest rooms are closed.

“We’re figuring out a grab and go menu to protect customers and workers,” he said. “We want people to access food and drinks, but to do so in a way a little quicker. That was the thought of the parks director and everyone on the emergency operations task force.”

Reached by email, Mr. Allmashy said on Friday afternoon that he is open 9-4 daily and that people can call in orders from boats, marina, or tennis courts and  his staff will walk the food over for delivery within the park. (Concession stand: Tel. (203) 531-5340)

“There is some seating for quick bite or people can sit on the stone wall while eating, but it’s eat and move on,” he added.

Camillo announced Friday afternoon that the concession at Tod’s Point the south concession is also open with a limited grab & go menu.

“The concession at the Susie Baker Pavilion will remain closed as well as the beach, Innis Arden Cottage, all restrooms, picnic tables and grills,” he said. “All seaside church services have been suspended until further notice. All visitors are reminded to maintain social distancing and to wear face masks when using the concessions.”

Asked about closing down Greenwich Ave to vehicles, Camillo said that process will start slowly, and at first it will be just the last two blocks at the bottom of the Ave.

“We have to provide an access emergency lane. Even if it’s shut down to vehicular traffic you have to provide an emergency access lane and that can also be used by residents who live on the Avenue and off the Avenue. There is no blocking the egress for those residents. Also the disabled and elderly who may not want to walk, we are working on a plan to have some type of trolley system. This is early stages. I envision it be running every 30 minutes, leaving town hall and bringing people to the avenue.”

“We have to have a system in place so that everyone can access the venues equally,” he said.

Enthusiasm Abounds for Reopening of Greenwich Ave, One Block at a Time