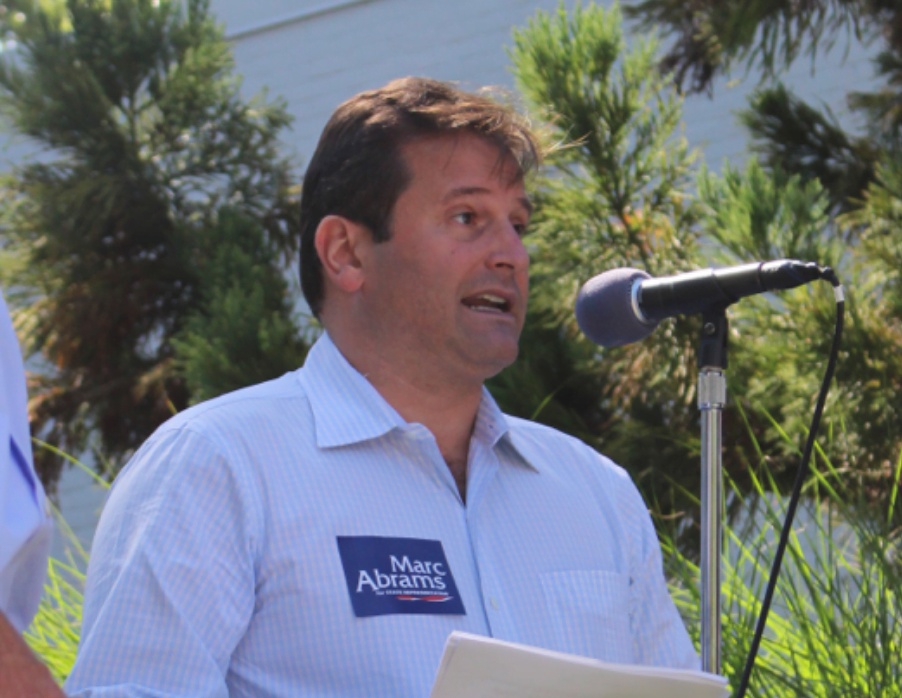 Submitted by Marc Abrams, Greenwich resident and former member of the RTM, candidate for State Assembly and co-president of the Greenwich Reform Synagogue

Why Hillary lost. There’s an old accounting saying that goes: garbage in means garbage out. The Clinton campaign unfortunately devised a strategy that created a positive feedback loop for a flawed message. Let’s take a step back. How does one win an election? The short answer is they promote a course or vision for what they hope to accomplish – the vision thing – they then contrast that vision with their opponent as well as contrast any character or personal traits they think will persuade voters. They then put together a ground operation to get those convinced voters to the polls.

The career politician or the new politician following his traditional pollster/consultant will decide which issues to focus on and what nuances to take on positions (or what positions to take) based on polling data. This is so they are campaigning on issues that people consider priorities but most importantly, its so they can pull together various groups of people that when they vote, will add up to 50 percent of the voters plus one vote. In other words the number needed to win – 50 percent plus 1. The polling numbers therefore each day direct the message of the campaign.

The Clinton campaign made a crucial mistake when they got giddy over the polling data on Trump’s disgusting comments. That arrogance led them to conclude that they didn’t need the “vision thing” but merely needed to “disqualify” him to the voters and qualify Hillary through her extensive resume. While they got giddy over the polling data on their opponent, they disregarded the polling data on people’s views of the direction of the country, and the anxiety held by so many Americans trying to stay afloat. They somehow decided that quoting economic data would persuade and move people. They kept watching the polling numbers they liked which in turn motivated them to keep to this “message”.

They got so giddy that they went so far as to explicitly label her opponent’s supporters as “deplorables” and implicitly label them much worse. What they failed to see was that by utilizing this “guilt by association” component to their strategy, they were driving people underground when they were polled on their views. Consequently, the message they were presenting was influencing the data they were relying on to decide what would move voters. Thus the message created bad data which in turn promoted more of the same flawed message. The end result was the campaign never focused on promoting a positive vision and disregarded all the data that should have told them that they needed to speak to the despair caused by globalization and stop the everything is going great spin. The Trump campaign, whether through design, or defect decided that the Reagan Democrats/Clinton Republicans were ready to be heard, and willing to overlook quite a lot, if it meant at least having someone that “felt their pain” and was going to do something about it. Sound familiar?

The pundits will either call Trump a genius or Hillary the master of her own defeat, but the strangest thing about this election is that Donald Trump won by taking on the Reagan/Bill Clinton approach to connecting directly with the people and talking about what they considered the highest priorities – their future. Hillary Clinton followed the George Bush Sr. campaign approach that the people simply needed to be educated as to how the economy was actually much better than they thought, and their opponent at the time (Bill Clinton) was unfit to be President.

What’s also fascinating about this “transformation” is that it was Bill Clinton that Dick Morris advised to triangulate when he effectively won his own re-election in 1996 after the devastating Democrat losses that occurred in 1994 following his passage of gun control. Triangulation basically meant be above the bickering and speak to the people about the getting their business done. Trump borrowed a page from this strategy when he ran against his own party establishment and expressly accepted them telling their voters, whatever they needed in order to win. In other words Trump said: it’s ok to tell your people don’t vote for me, if it means they will vote for you, because I just want them in the voting booth. Presumably he bet that the local House, Senate Republican and state and local party would deliver the typical Republican voter to the voting booth and once there – they would just pull the Republican lever and also support Trump. At the same time, he essentially bet that if he let the establishment have it, he would gain many of the disenfranchised Reagan/Bill Clinton rust belt voters, and that when summed up, the number equaled the 50 percent plus one voter he needed to win. Apparently, the Clinton campaign suspended reality in thinking that traditional rules of politics wouldn’t apply and Republicans and Republican leaning independents would ticket split. Further they apparently also erred in thinking that millennials could be counted on to pull them over the line. A time honored falsehood.

In 1980 Ronald Reagan first reinvented the Republican Party into a mainstream populist party by going directly to the people and feeling their pain and providing them an answer for it. In 1992 Bill Clinton reinvented the Democratic Party by taking back those Reagan Democrats by feeling their pain and offering them an answer for it.

In 2016 Donald Trump followed the formula and brought those same voters back to the Republican Party. Had Hillary’s team not gotten giddy over the polling data, they would have seen what the numbers were really showing – most critically, how their own campaign message was corroding the data they were basing their strategy on – they drank their own Kool-Aid.

Arrogance and elitism of thought is what cost Hillary’s campaign the election. For full disclosure, I am a lifelong Democrat and got my start in professional politics during the first Clinton Administration, and have worked as a consultant to various national public leaders as well as the Democratic Congressional Campaign Committee.

Marc Abrams is a Greenwich resident and former member of the RTM, candidate for State Assembly and co-president of the Greenwich Reform Synagogue.