Their names are printed on metal plaques, mounted to stone on the gentle slope outside the former Byram School, which transitioned to housing known as McKinney Terrace.

But it almost was not to be. 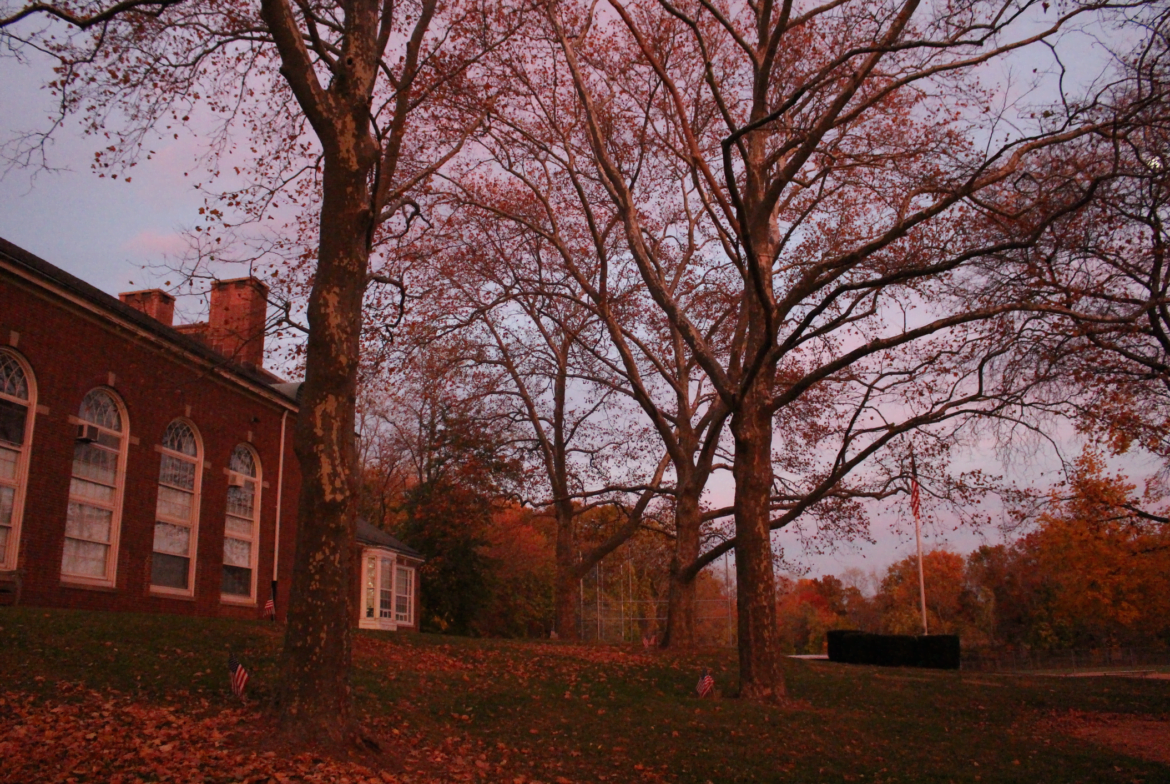 Flags mark the plaques honoring the men from Byram who lost their lives in service. The plaques dot the grounds of the former Byram School, under majestic Sycamore trees. For a time the plaques were removed, but Anne M. Kristoff fought to get them back. Nov. 10, 2016 Credit: Leslie Yager

Thanks to Anne M. Kristoff, the plaques, 13 altogether, rest under a row of magnificent Sycamore trees.

On the eve of Veterans Day 2016, which happened to fall one day after a historic election, the plaques were each adorned with a pair of American flags.

Earlier this week, the playground at Byram Park was re-dedicated to Anne M. Kristoff, a nurse, parent and longtime Byram resident who died too young, succumbing to lung disease at the age of 46. But she left her mark on Greenwich in more than one way.

Mrs. Kristoff fought to keep Byram School open when enrollment dropped. And though that battle was lost, she fought to preserve the trees on the property, and she was relentless when the veterans markers were removed.

“She was a community organizer. She said if she didn’t see something she liked, she did something about it,” said her daughter, also named Anne on Tuesday, after the dedication of the playground to her mother.

“Back in 1986, the plaques by Byram School were removed,” she recalled.

“They removed them and mounted the onto a black piece of marble. My mother put her foot down. My father, brother and uncle got them all back and restored at Byram School in time for Memorial Day in 1986.”

The 13 plaques, each mounted to their stone pedestals, represent 13 Byram School alumni who perished in service of their country.

“To me, a Byram Boy is someone who is honest, maybe a little bit mischievous, very loving, someone who cares deeply about his family, his community and his country,”  Anne Kristoff said in an interview with Greenwich Time in 1986. “All 13 plaques are home now. I pray we will never have a 14th.”

Indeed the trees are majestic, having been planted decades ago by then Police Chief and Director of Parks & Rec  Tom and Frank Keegan. 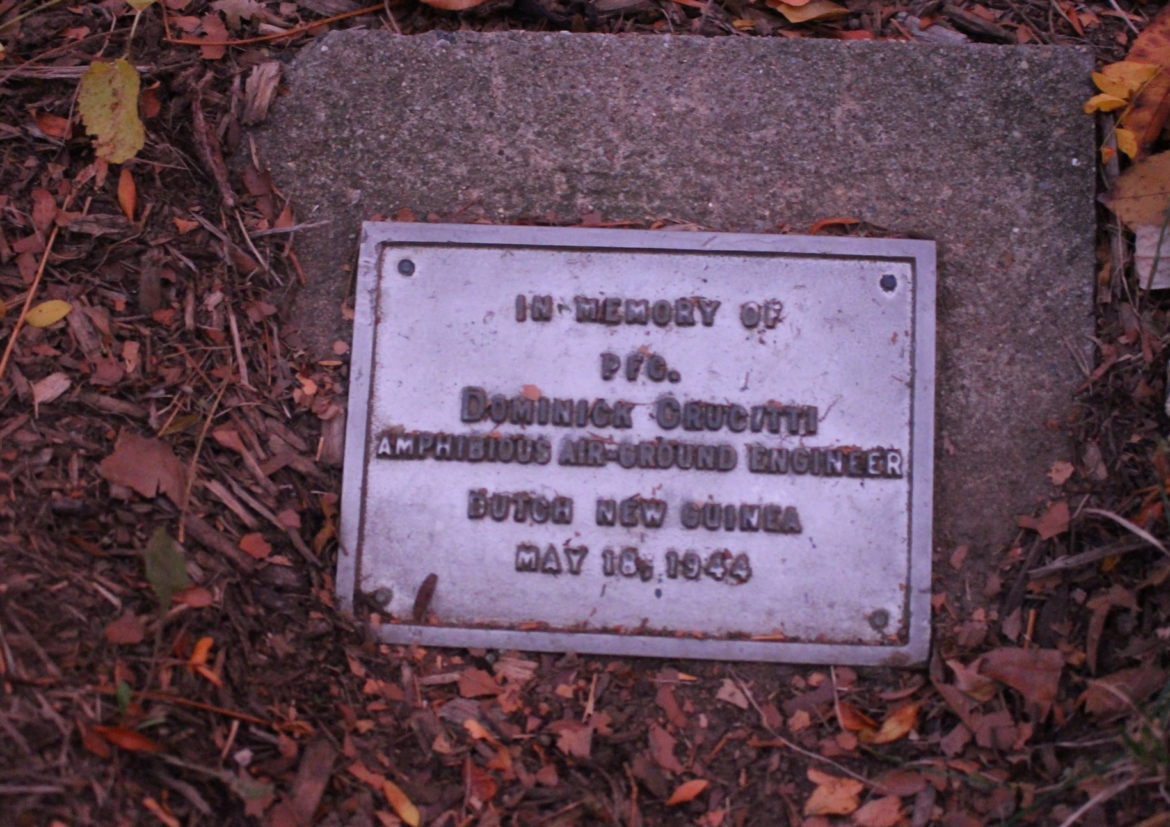 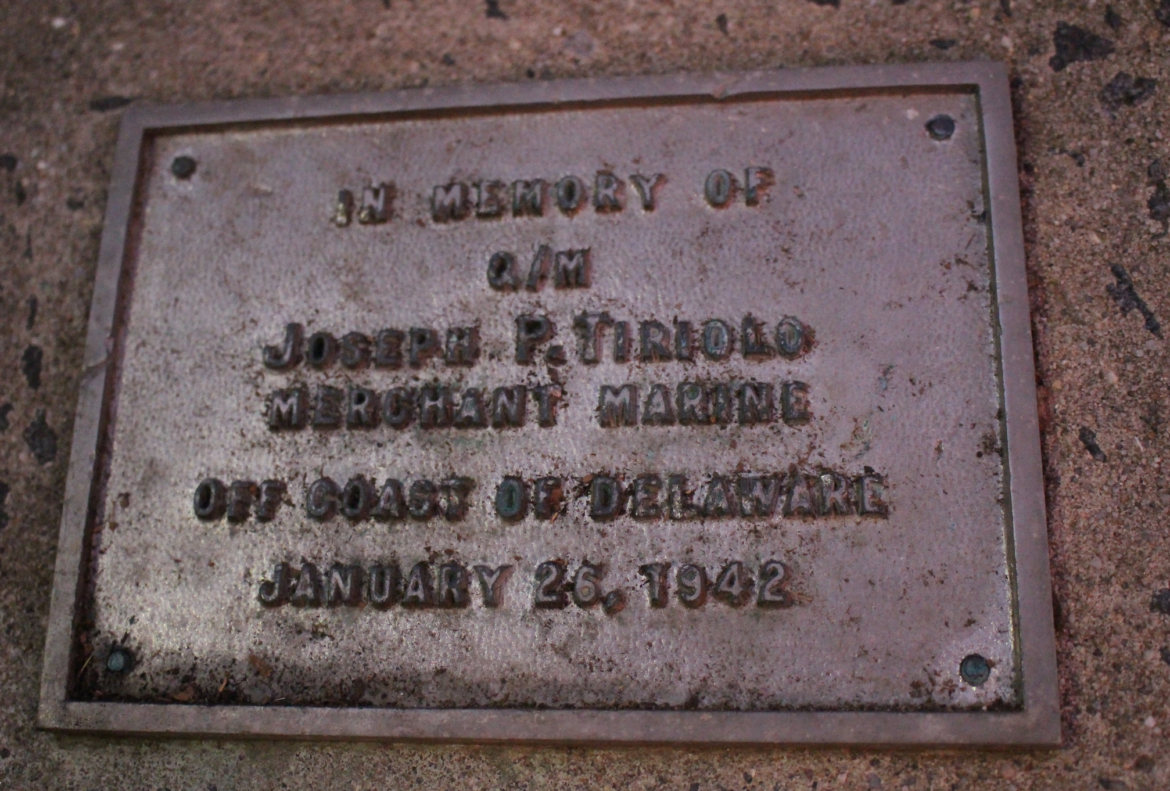 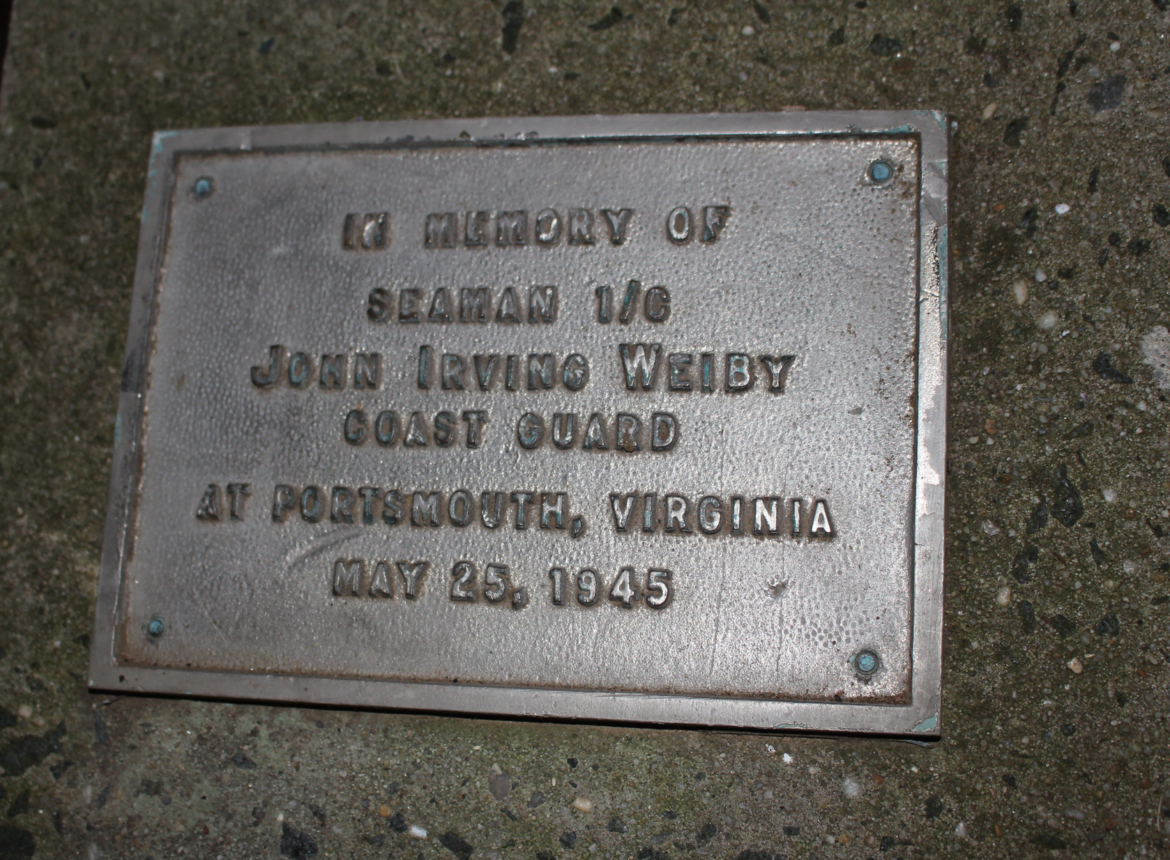 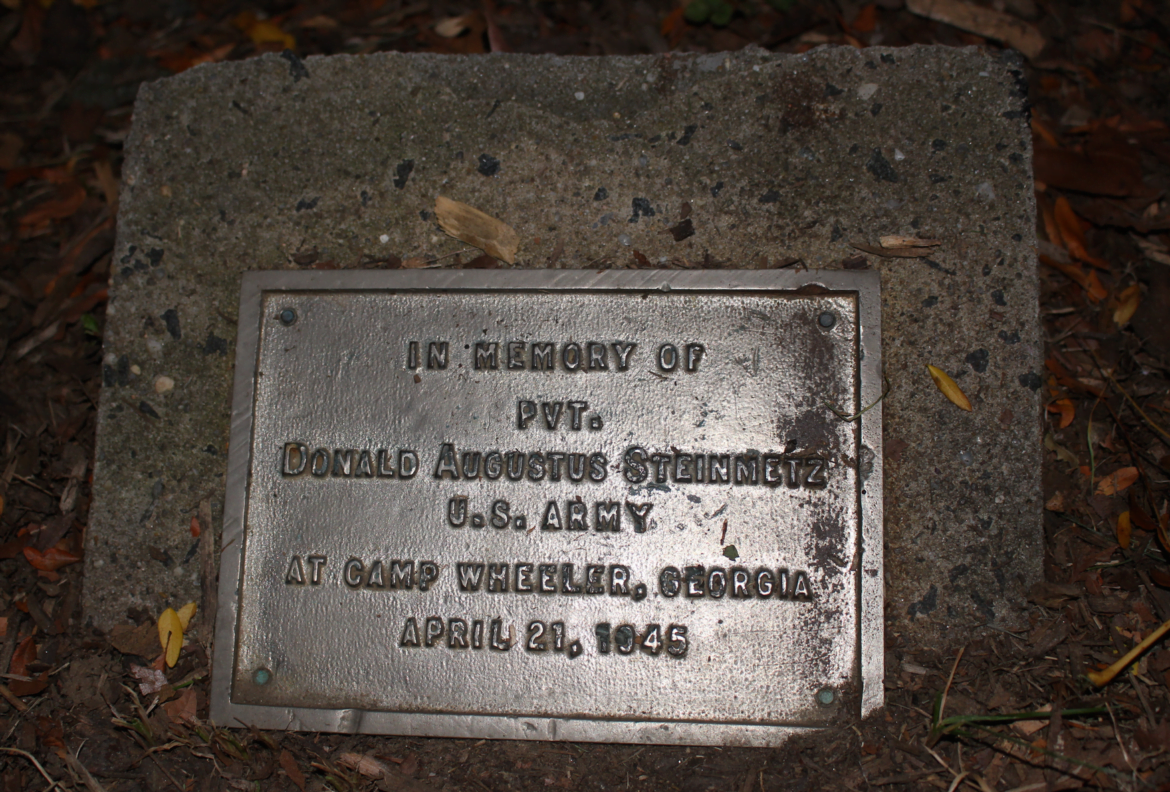 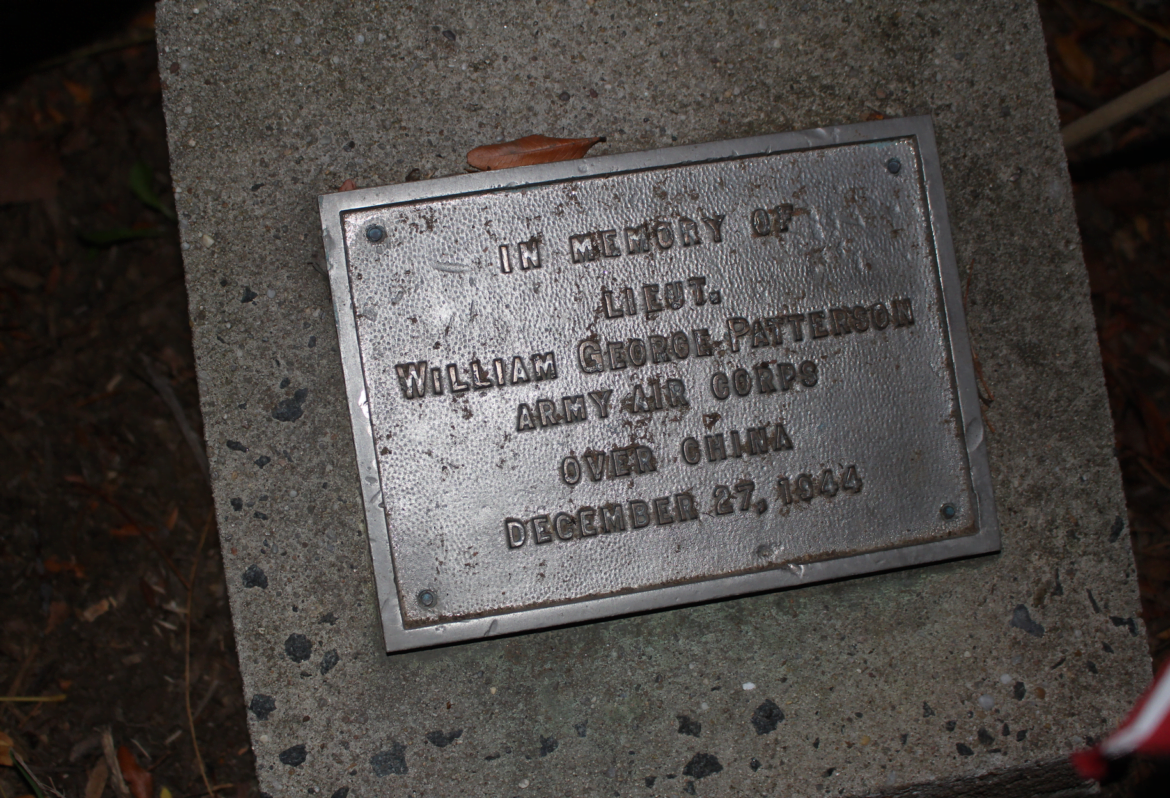 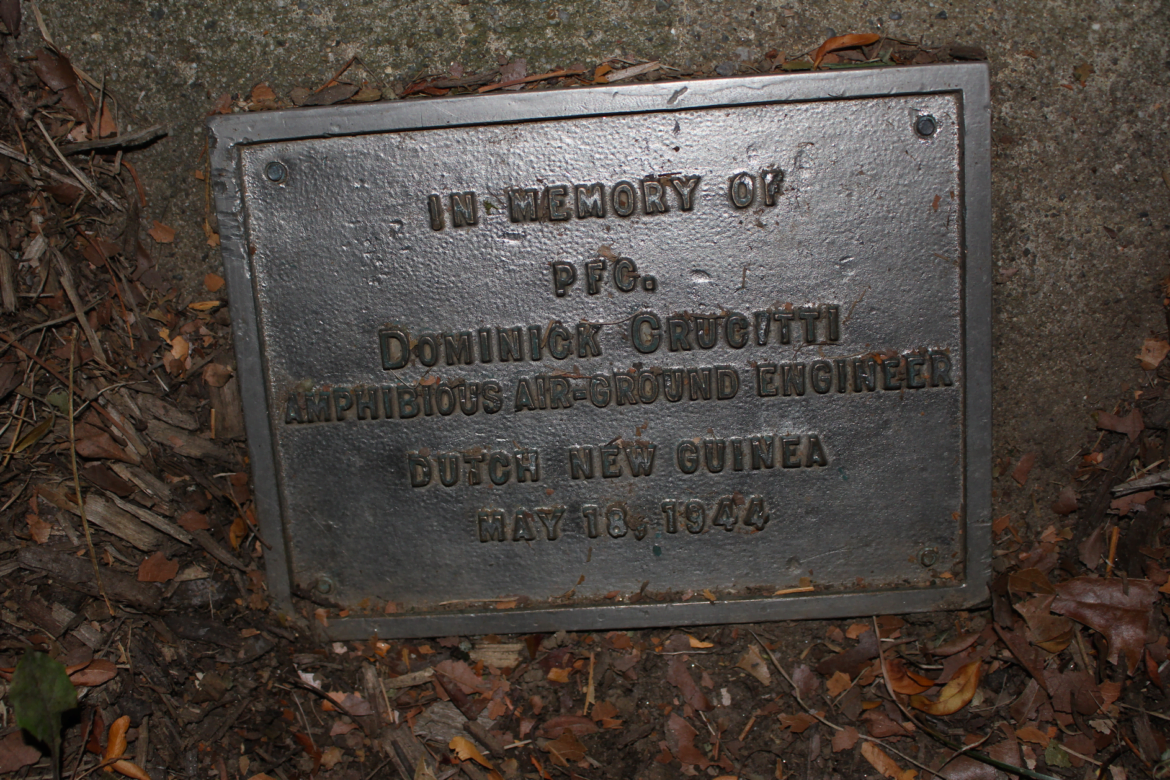 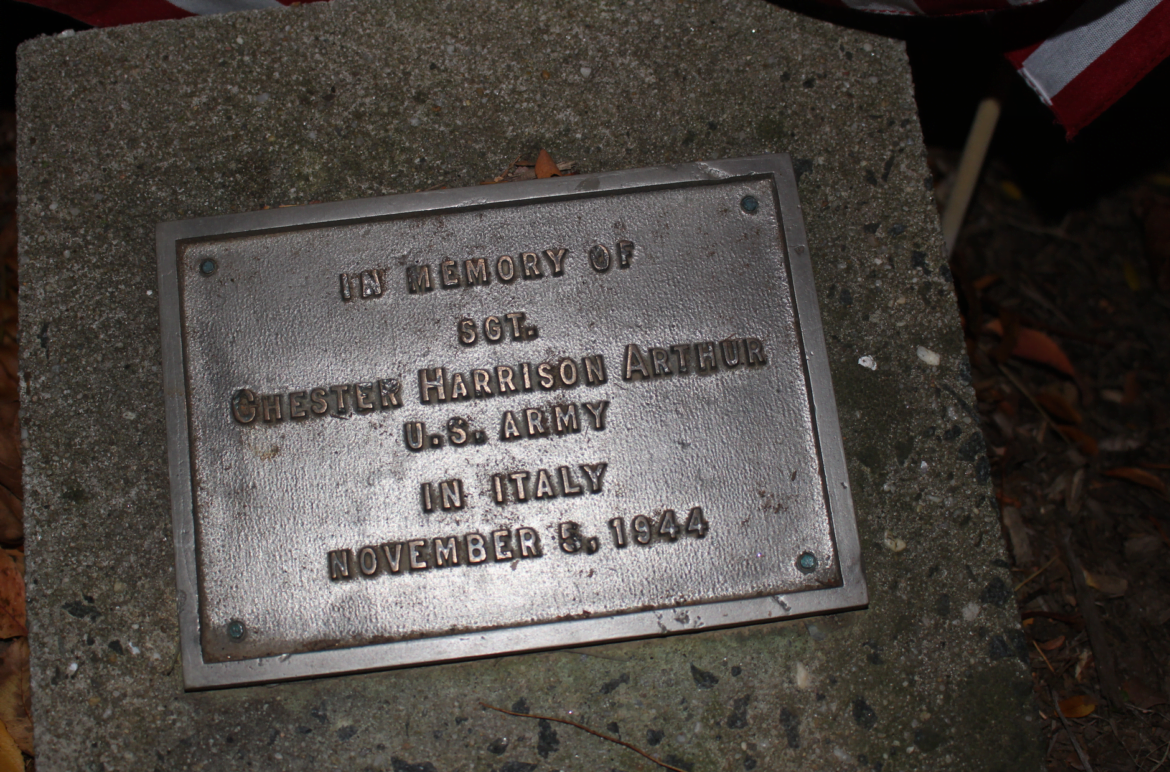 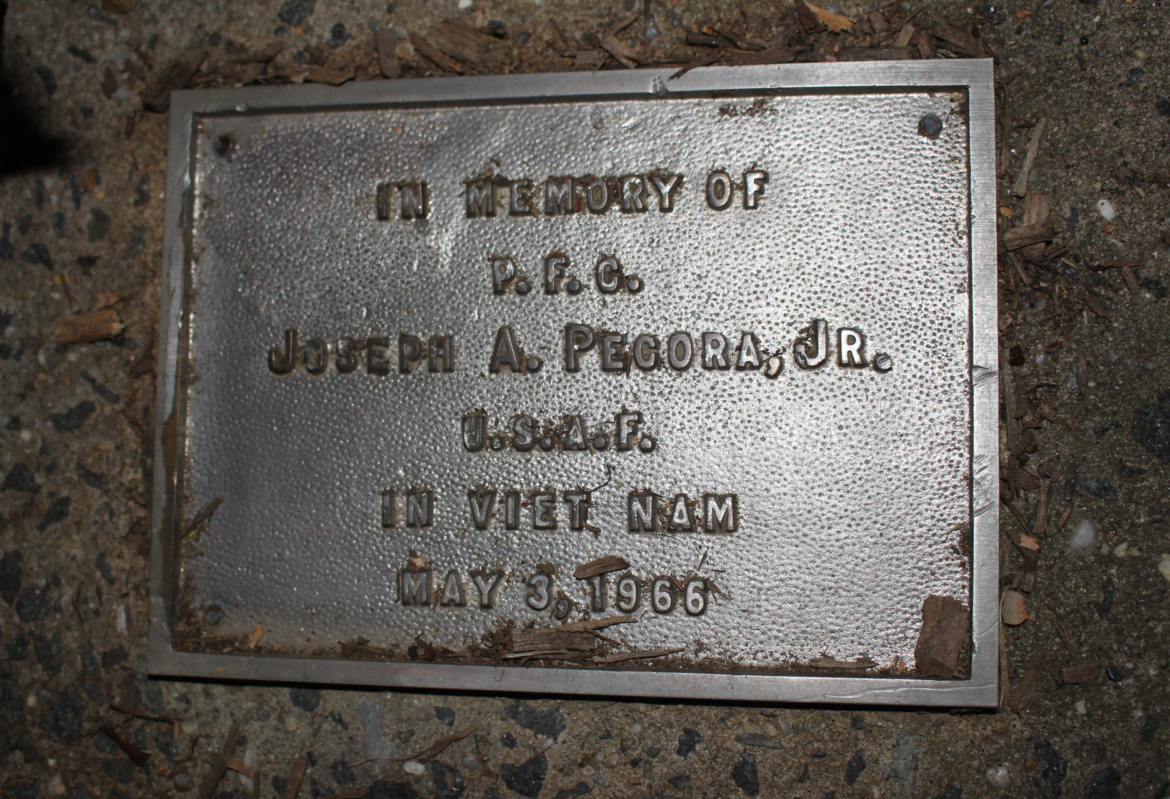 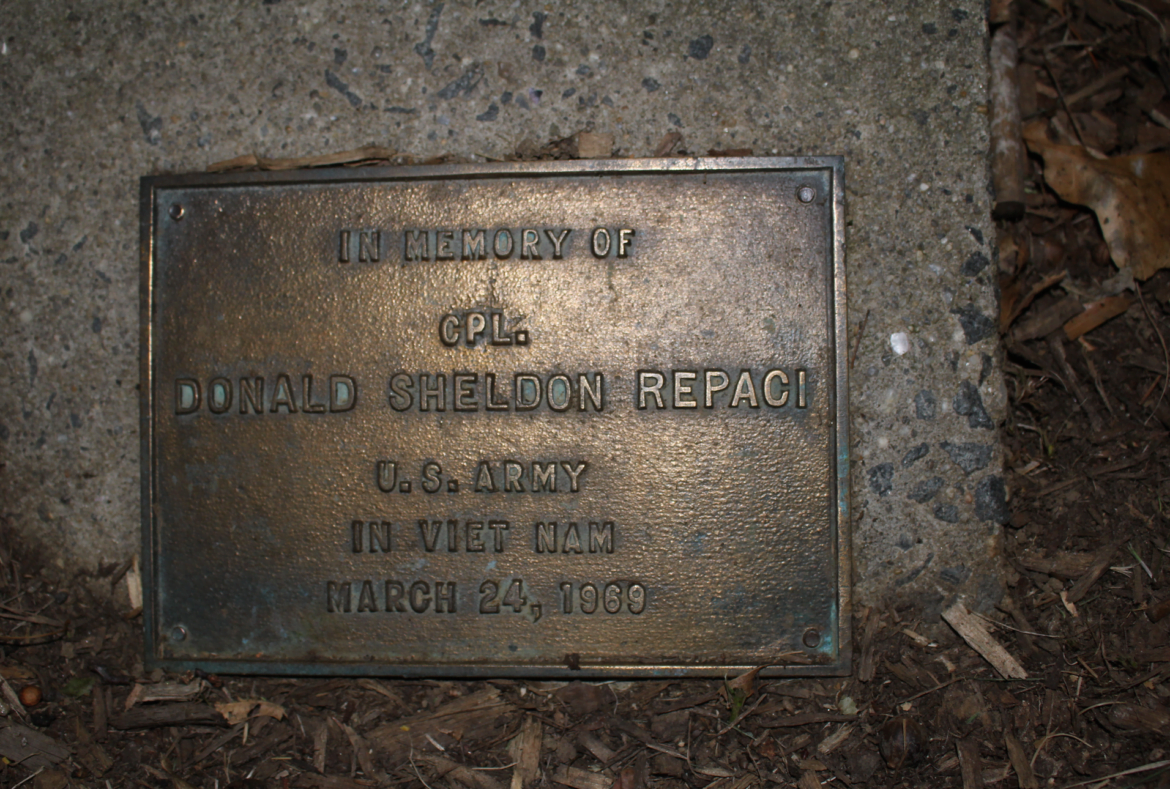 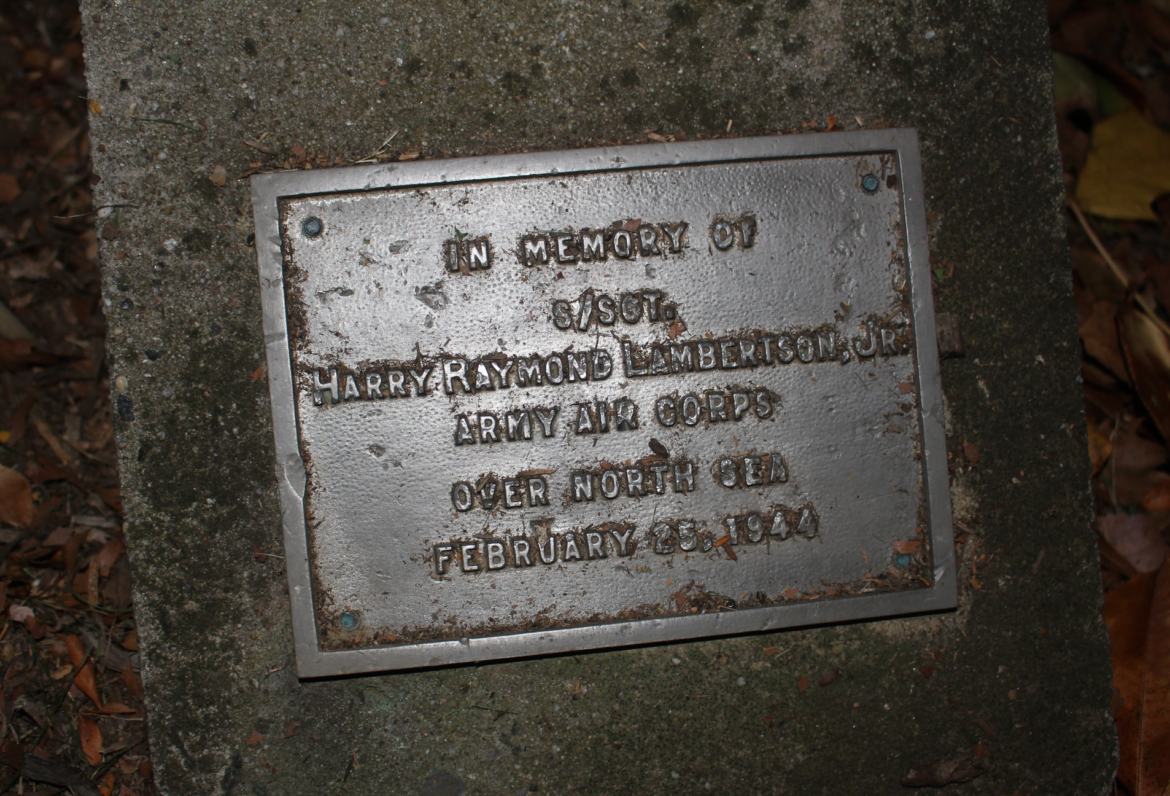 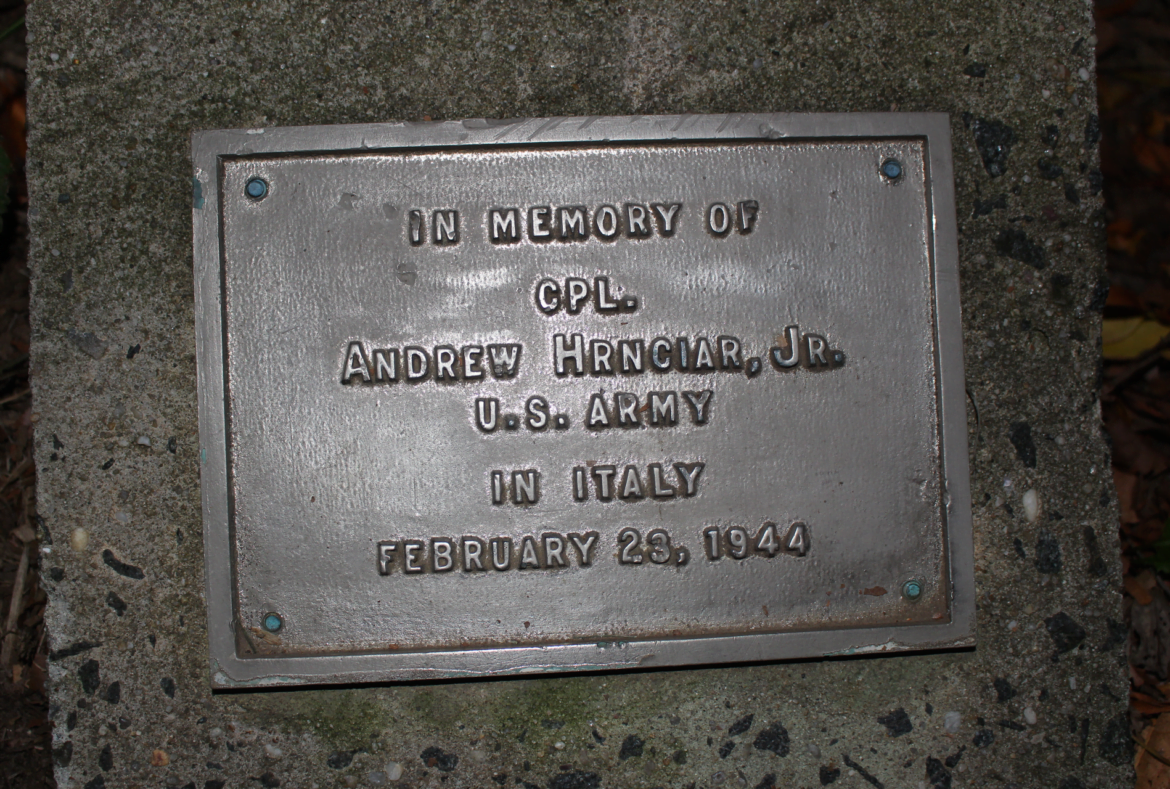 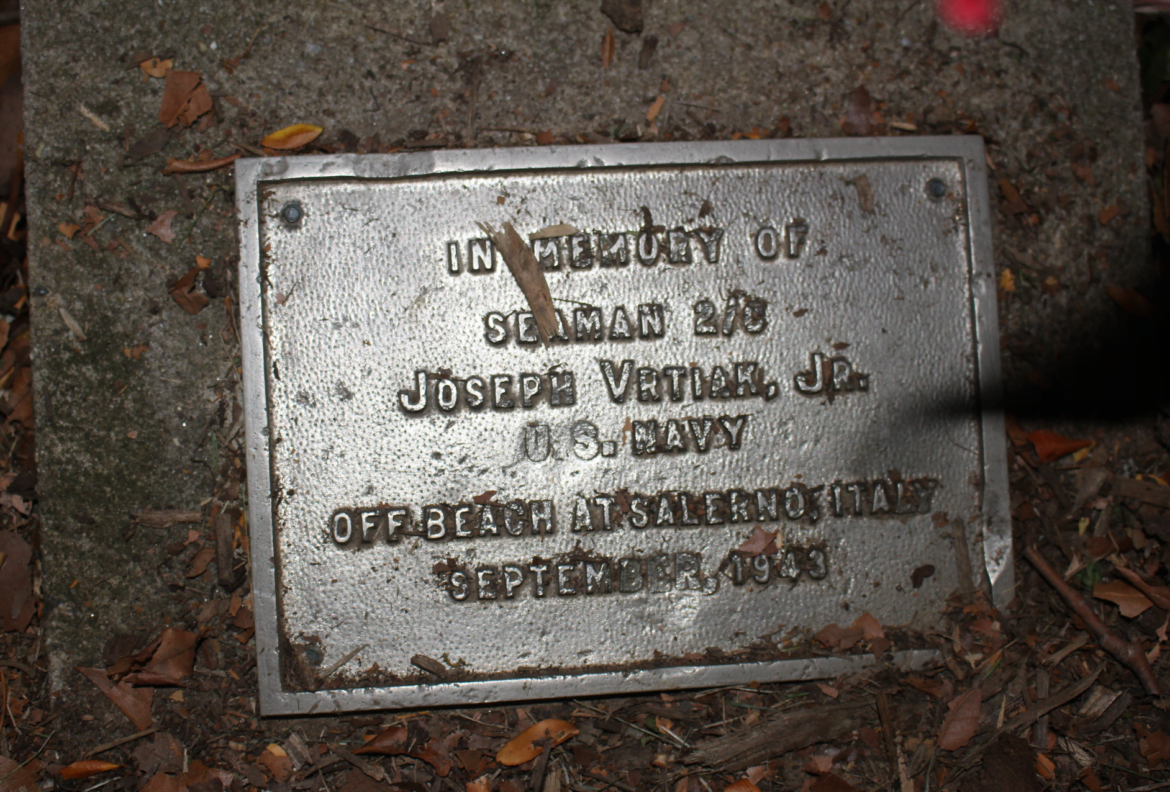 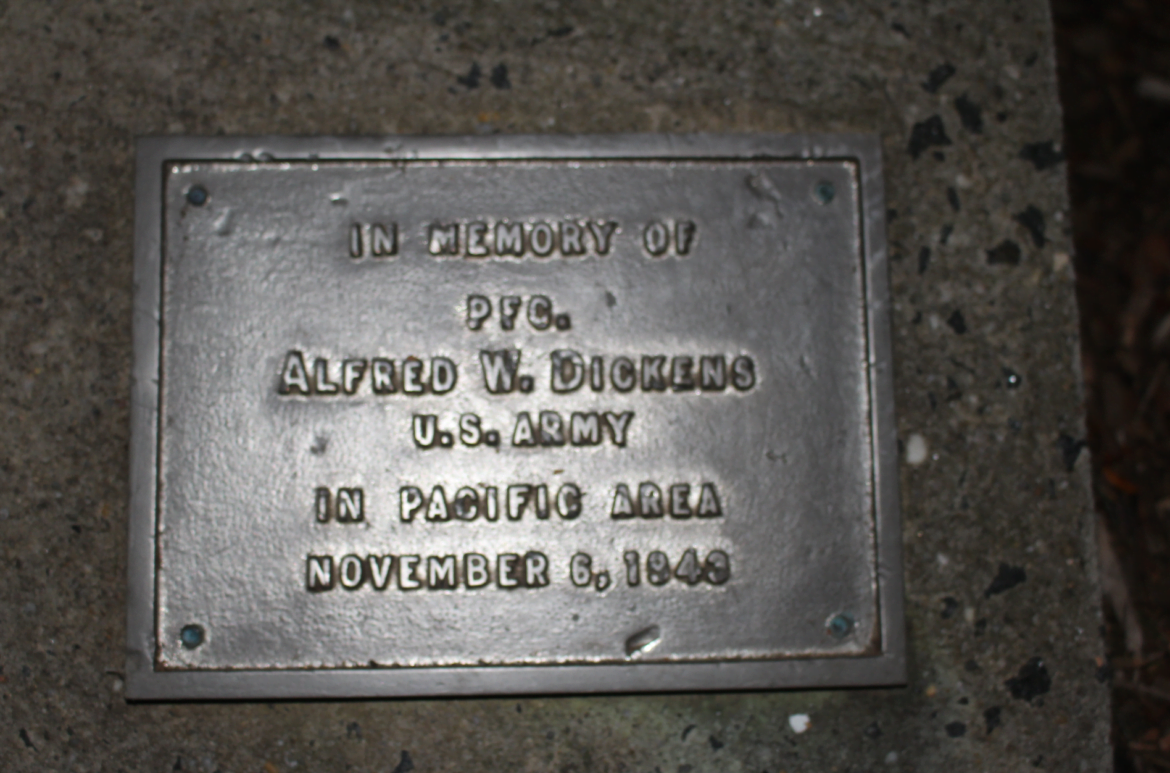 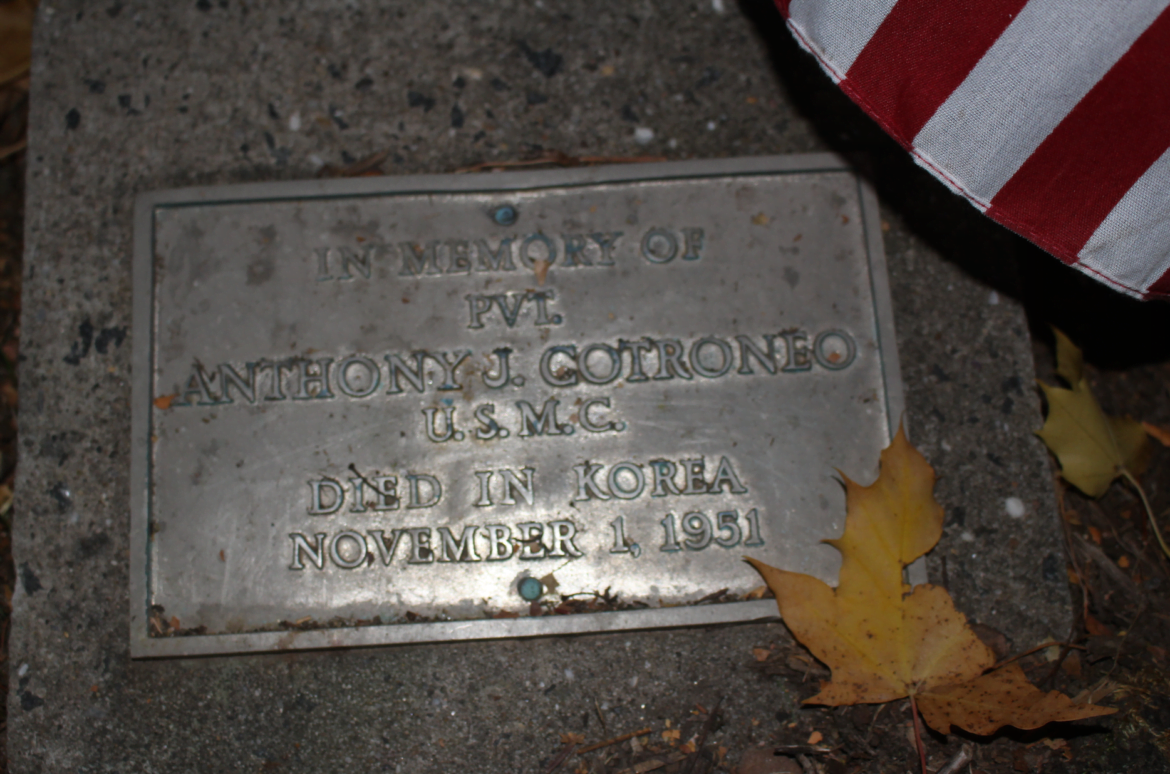