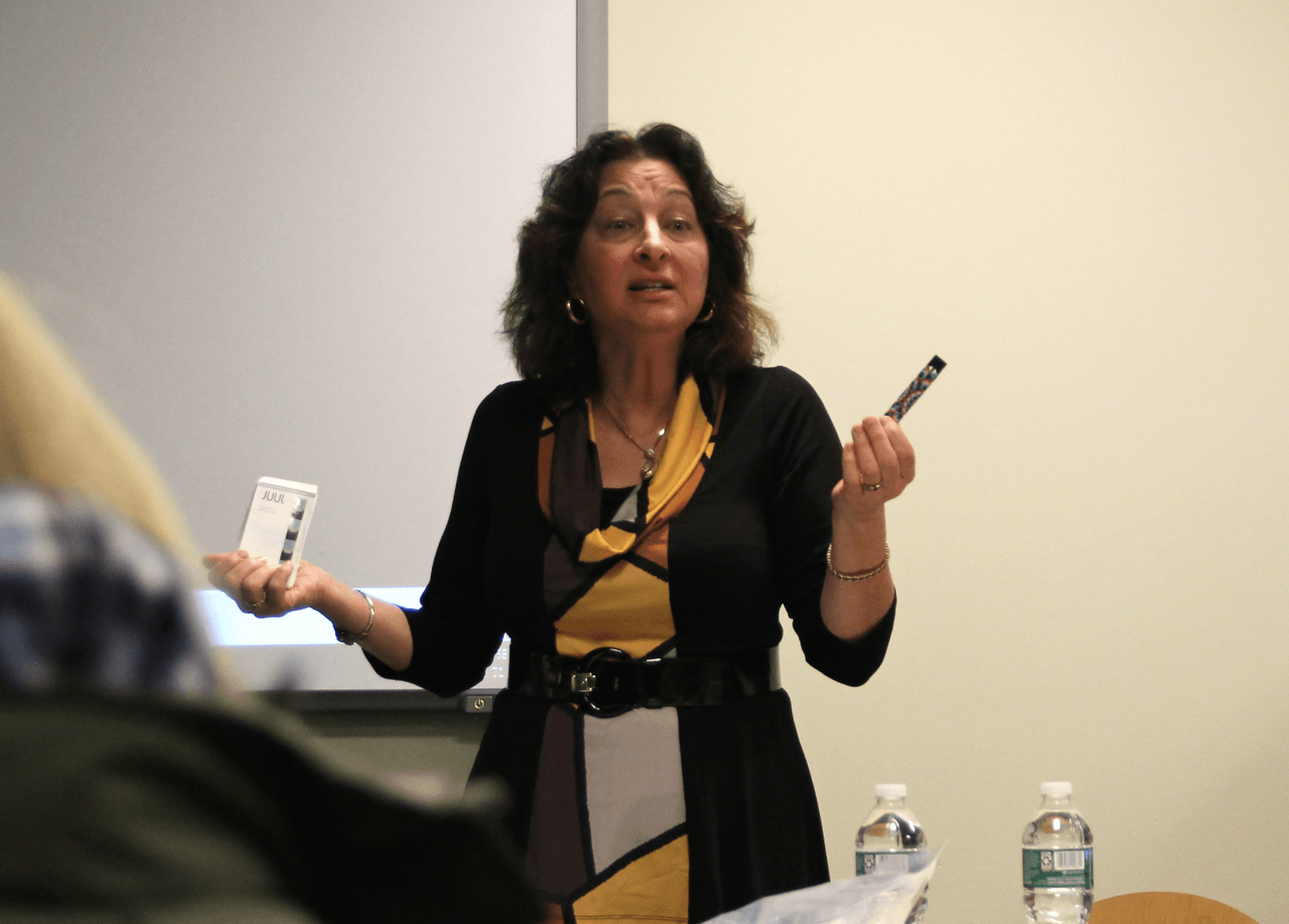 1. Are Kids in Greenwich Vaping?

Teen vaping has reached “an epidemic proportion” across the country. When the Greenwich Together surveyed 3,905 students in Greenwich’s public and private schools, they found widespread use starting in middle school.

By 12th grade, one out of every three high school seniors reported vaping, and according to students themselves, that percentage is very under reported.

Vaping products such as Juuls, are highly addictive nicotine delivery devices. All of these devices contain higher levels of nicotine than traditional cigarettes and addiction can develop quickly.

One vape pod contains at least as much nicotine as a whole pack of cigarettes.

Additionally, most E-liquids labeled “nicotine-free” contain nicotine and use in adolescence leads to changes in the brain that make life-long addiction much more likely for young users.

Research suggests nicotine may be more addictive than heroin and cocaine, and prime the brain for other addictions.

Vaping devices look like flash drives or pens and are designed and marketed to appeal to young users. The devices come in a variety of colors, different styles, and flavors including bubble gum, cotton candy, and cookies & cream.

There is a misconception that vaping is safer than smoking traditional cigarettes.

In fact, there are dozens of chemicals, many of which are known carcinogens, in every vape pod including: propylene glycol (antifreeze), diacetyl, formaldehyde, lead, and tin that are inhaled through aerosol. Toxic chemicals in E-Cigarettes increase the risk of popcorn lung and other respiratory diseases, cancer, heart disease, and impair brain development in children and teens. The devices are frequently used to deliver high-potency marijuana as well as other illicit substances, and companies are currently developing newer devices to make the delivery of drugs like cocaine and heroin easier for users.

5. What are the signs your child is vaping?

Kids try vaping for multiple reasons. “My friend tried it and liked it.” “To be cool.” “Curiosity.” “To relieve stress.” “I like how it makes me feel.” “To feel better.”

The best thing you can do as a parent is talk to your child often about the dangers of vaping and start as early as possible.

Be equipped with the fact. Have conversations. Try to understand why. Convey your expectations. Role play refusal skills. Be a good role model.