By Matt Pignataro and Courtney Oarr

As the world continues to modernize, one industry attracting much controversy is the industry of Electronic Cigarettes.

These products are battery powered devices used to stimulate the smoking of tobacco through vapor. Upon noticing the increase in popularity of E-cigarettes throughout Greenwich High School, we decided to explore the industry from the perspective of the consumer.

We went to a local gas station and purchased one successfully without being asked for identification despite, the fact that we clearly attended Greenwich High School.  – Matt Pignataro and Courtney Oarr, GHS ’14

After buying Logic brand electronic cigarettes, we proceed to Greenwich High School to talk to Mrs. Kathy Steiner, a health teacher at the school, about this growing issue.

Asked about her overall thoughts about the product, Steiner said, “ I think that the electronic cigarettes are a great tool. For those looking to quit smoking and can’t do it cold turkey, this is great tool to help them ease into quitting. Also it is healthier as it reduces tar and carcinogens.” 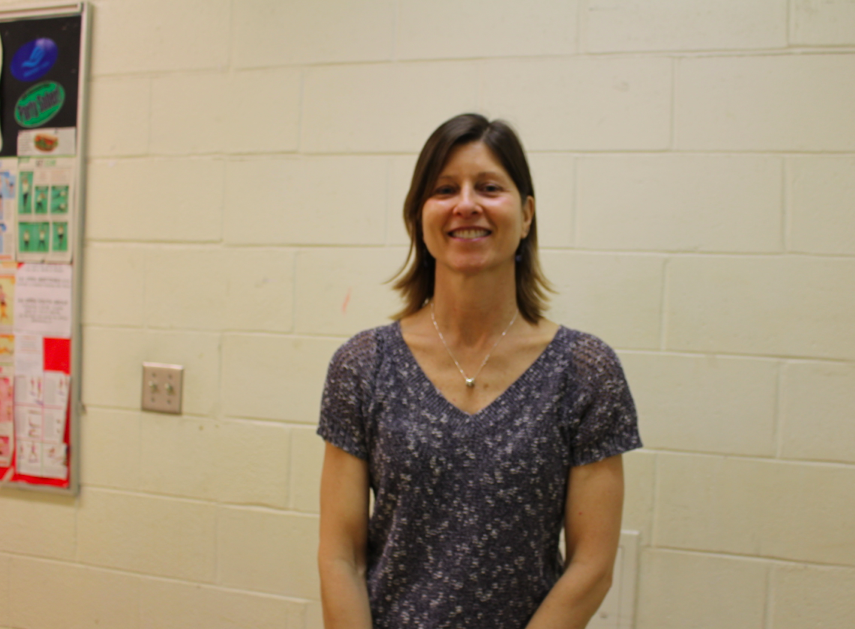 What started off as a positive view quickly turned to the darker side of the story when Steiner then talk about what happens when kids use them.

“It teaches kids a false ‘safe’ habit that to them is ‘cool’ to do,” Steiner said, adding that this use of electronic cigarettes has become increasingly frequent at GHS.

We followed up by asking Steiner whether she thought Electronic Cigarettes were an issue at Greenwich High to which she responded by simply saying yes. This method of smoking enables kids who would likely never smoke to do so with the belief that they are doing no harm to themselves or to those around them. At GHS students have been seen smoking E-cigarettes in locations including the bathroom and the media center. 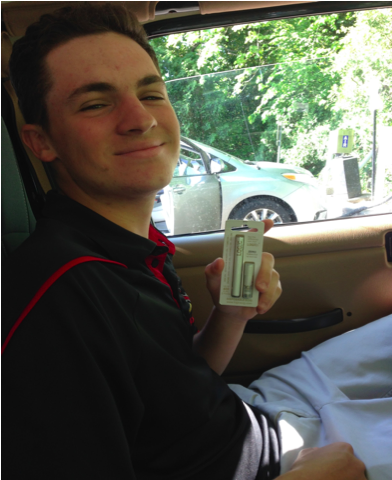 Matt Pignataro with the e-cigs he purchased at a local gas station while wearing his GHS baseball shirt. He was not asked for ID. Credit Courtney Oarr.

Students are not phased by the fact that these cigarettes have the same negative side effects and are at more of a risk since these devices were not approved by the U.S. Food and Drug Administration.

Lastly we asked Steiner what she thinks the school should do.

“I think we should bump up security on this issue if kids are smoking in school. I also think that we should in the 9th grade start providing information and education on this topic,” Steiner said.

Steiner also pointed out how this is now a relatively new issue. “If you go back two or three years ago, you would have never seen a E-Cig at a party. Now it seems like there everywhere,” she said.

With such easy access to these devices it is becoming a more prevalent issue throughout the community. Adolescents will benefit from an education about this burning issue.