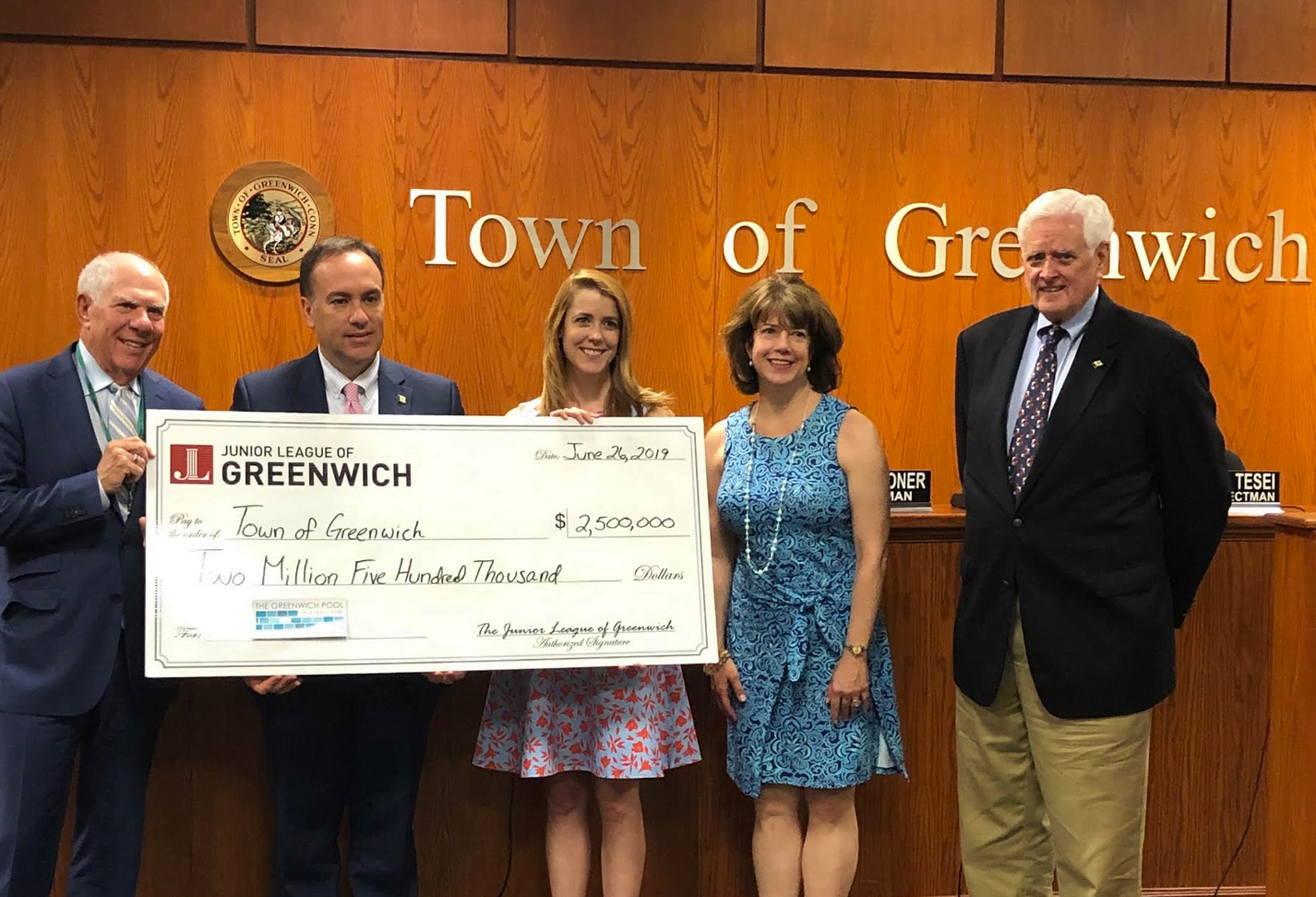 The Junior League of Greenwich presented the final installment of the $2.5 million pledged to the Town of Greenwich to fund the Greenwich Pool in Byram Park, now open for its second season. The presentation was made at the Board of Selectmen meeting at Town Hall Thursday morning.

The funds were raised over the course of a three-year capital campaign conducted by the Junior League, with transfers made to the Town each June. The final installment represented fulfillment of the entire amount pledged to the Town in June 2016.

“This was an exciting moment, and a great opportunity to recognize and celebrate a successful public-private partnership with the Town of Greenwich,” said Elizabeth Peyton, Junior League President. “The support from many parts of the Town was instrumental in the successful completion of this campaign.”