Every afternoon about 65 children in grades K-3 are collected in person from New Lebanon School by a team of about 10 staff from the after school program. The program runs until 5:30pm.

The children are walked in rows of buddy pairs across Delavan Ave to the building that was once functioned as a candy factory and more recently as a Masonic Temple. 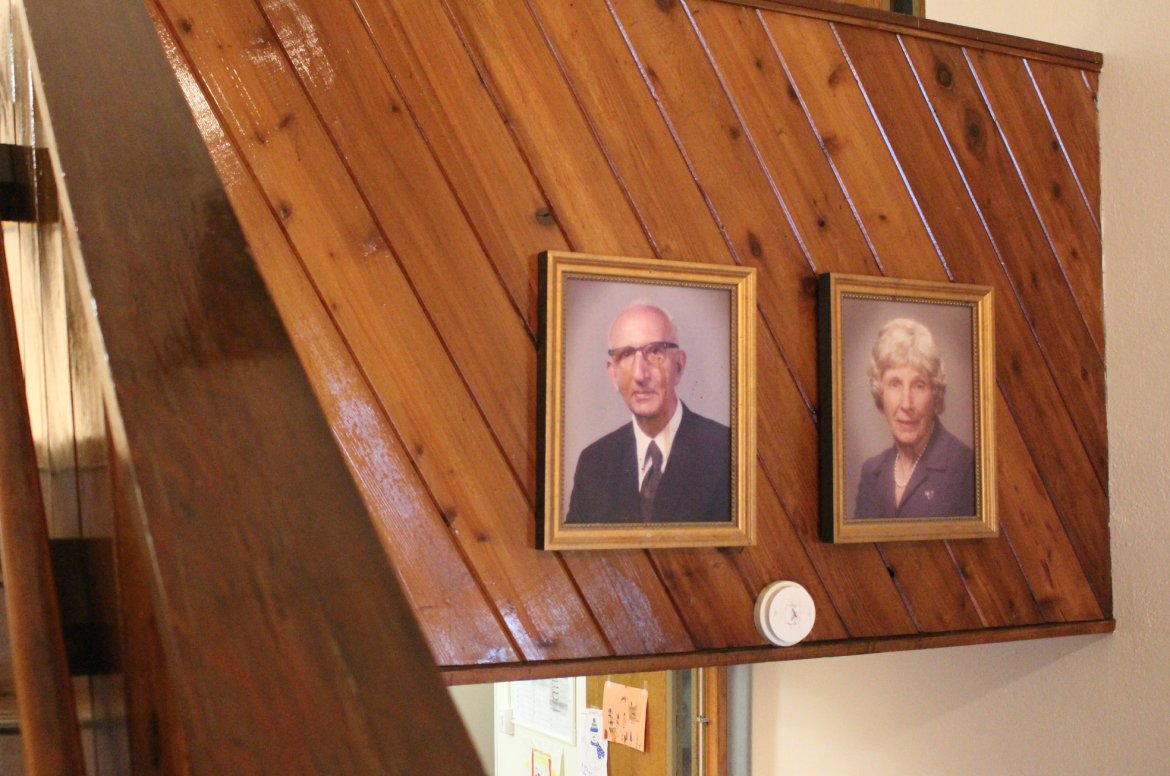 Portraits of the Archibalds who donated the former candy factory that a neighborhood center and home to the after-school program run by Christina Nappi. Credit: Leslie Yager

Though the building has more recently been home to the after school program run by Christina Nappi, it recently added a shift to accommodate New Leb’s kindergarten classrooms due to overcrowding at the tiny elementary school.

On Thursday the Lions Club members parachuted in with a sophisticated camera that detects the presence of eye disorders including far and near sightedness, astigmatism, anisometropia, strabismus and anisocoria.

The free screening was done by a photographic process from a distance of three feet. During the process no physical contact is made with the children and no eye drops are necessary. They simply sit in a chair and gaze toward the machine.

On hand was Lions Club member Alan Gunzburg and “Kili,” his Fidelco guide dog. Gunzburg, who has partial sight but is legally blind, typically reminds people that Kili is a working dog, but on Thursday he did let some of the children pet Kili just a little. 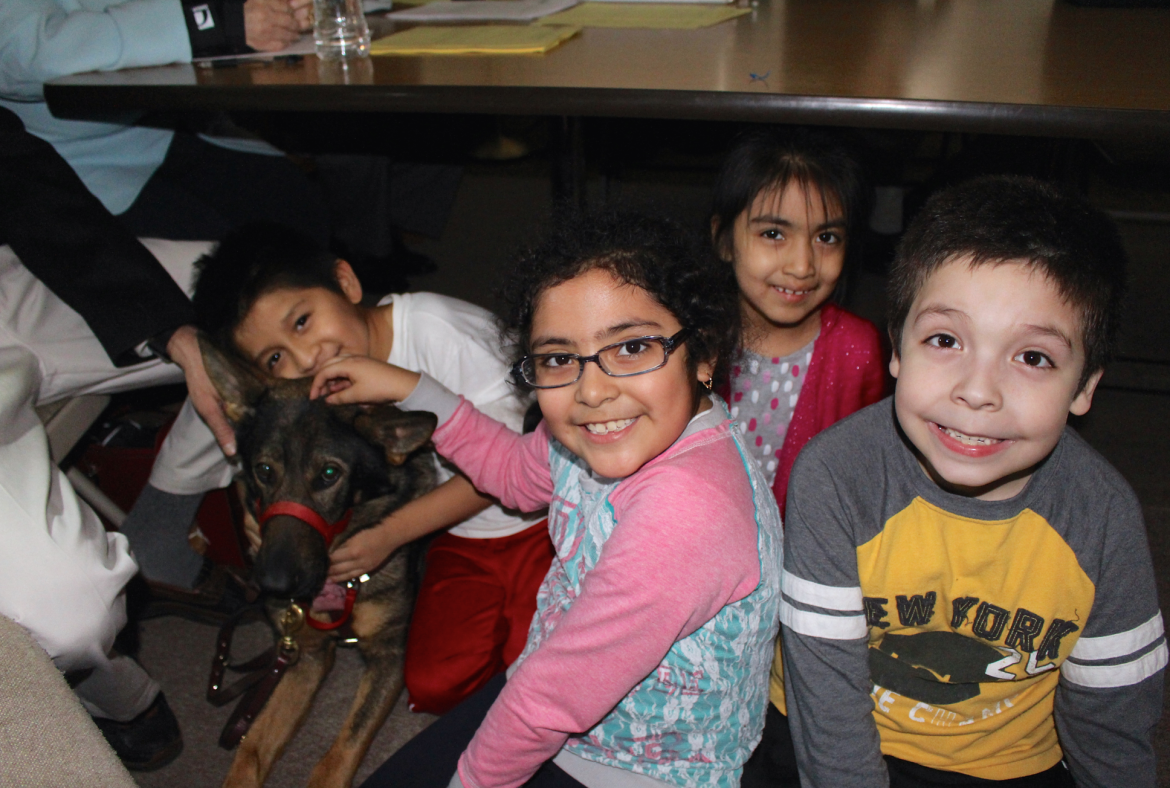 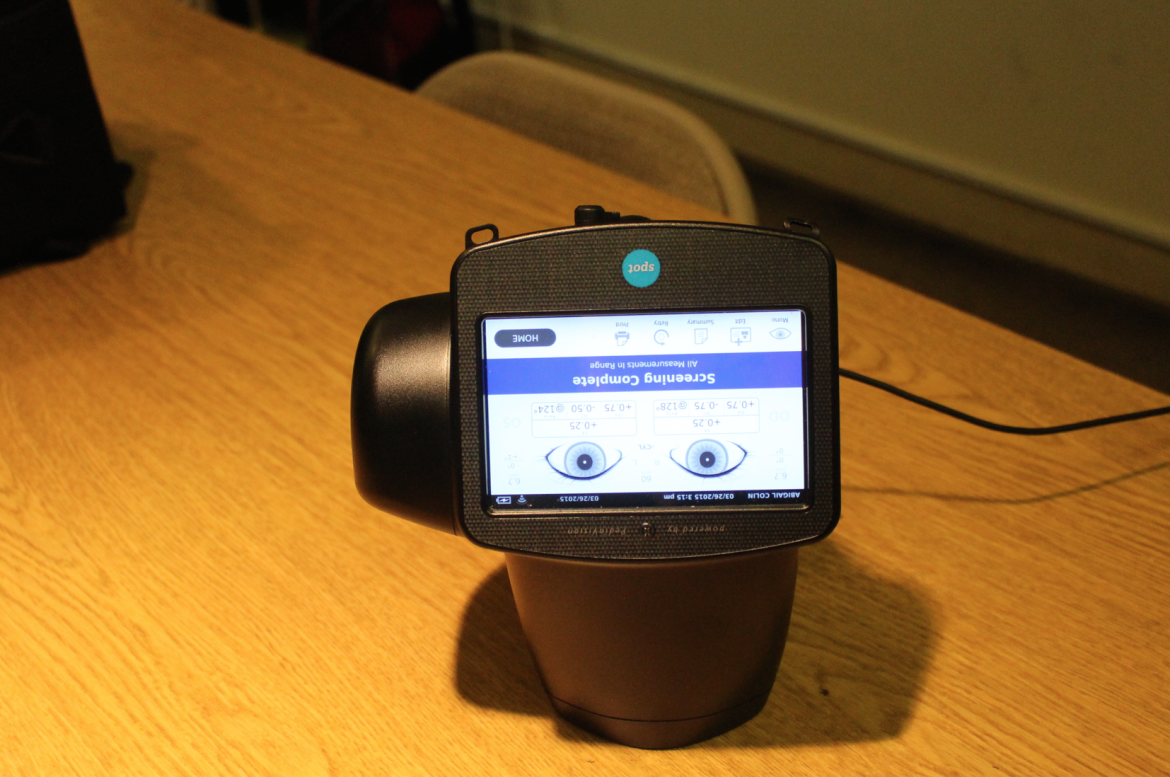 The sophisticated vision screening machine was used to test children at BANC for several eye disorders that are not tested in the free in-school tests led by school nurses. Credit: Leslie Yager

Each child’s test lasted just a few minutes. The camera itself, is one of three owned by Lions Clubs in Connecticut.

The sophisticated cameras, which cost about $7,000 each, are shared by Lions Clubs in the state. On Thursday, Joyce Wruck who traveled from Cheshire with one of the cameras, taught local Lions Club members about its use.

“After this program today, we’re going to be able to do it on our own,” Gunzburg explained.

“If some kids show up to school and need glasses, and can’t read the board, they can’t learn. This goes toward the achievement gap,” Mr. Gunzburg said, pointing out that young children may not be aware they have vision problems, much less be able to articulate that to an adult.

Mrs. Wruck said that 70% of juvenile delinquents have vision problems.

“This is the low hanging fruit of the achievement gap,” Mr. Gunzburg added. 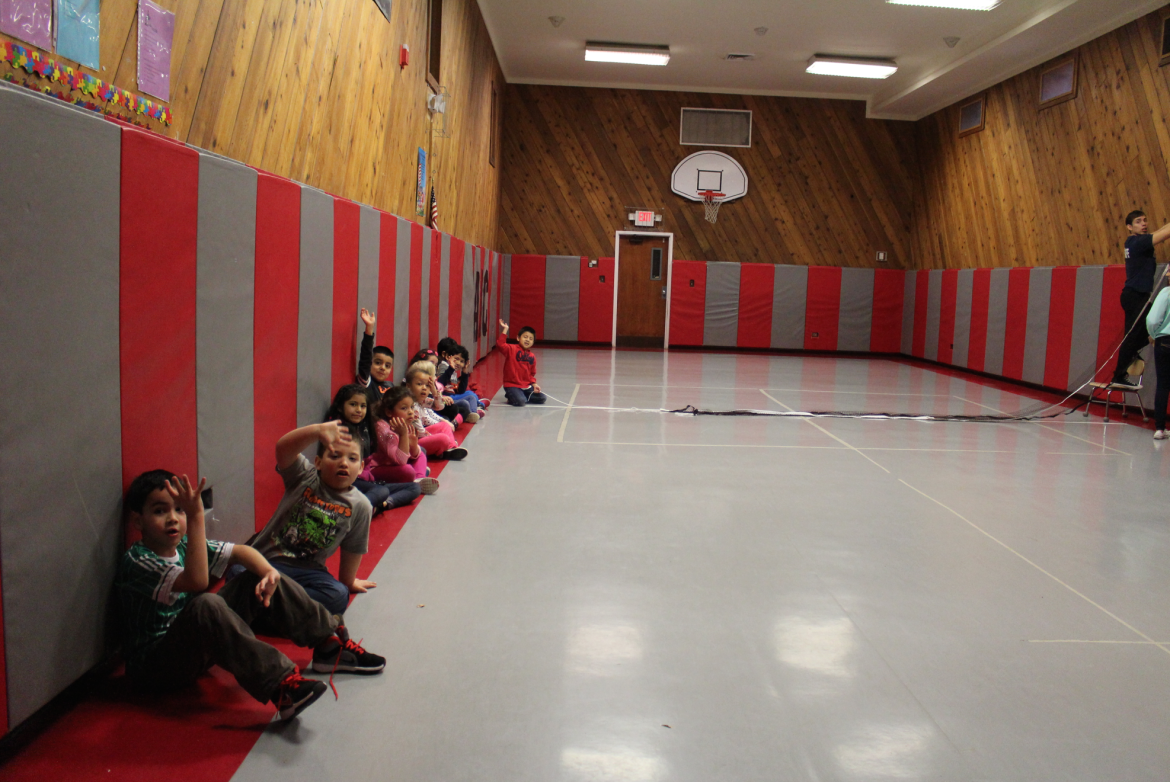 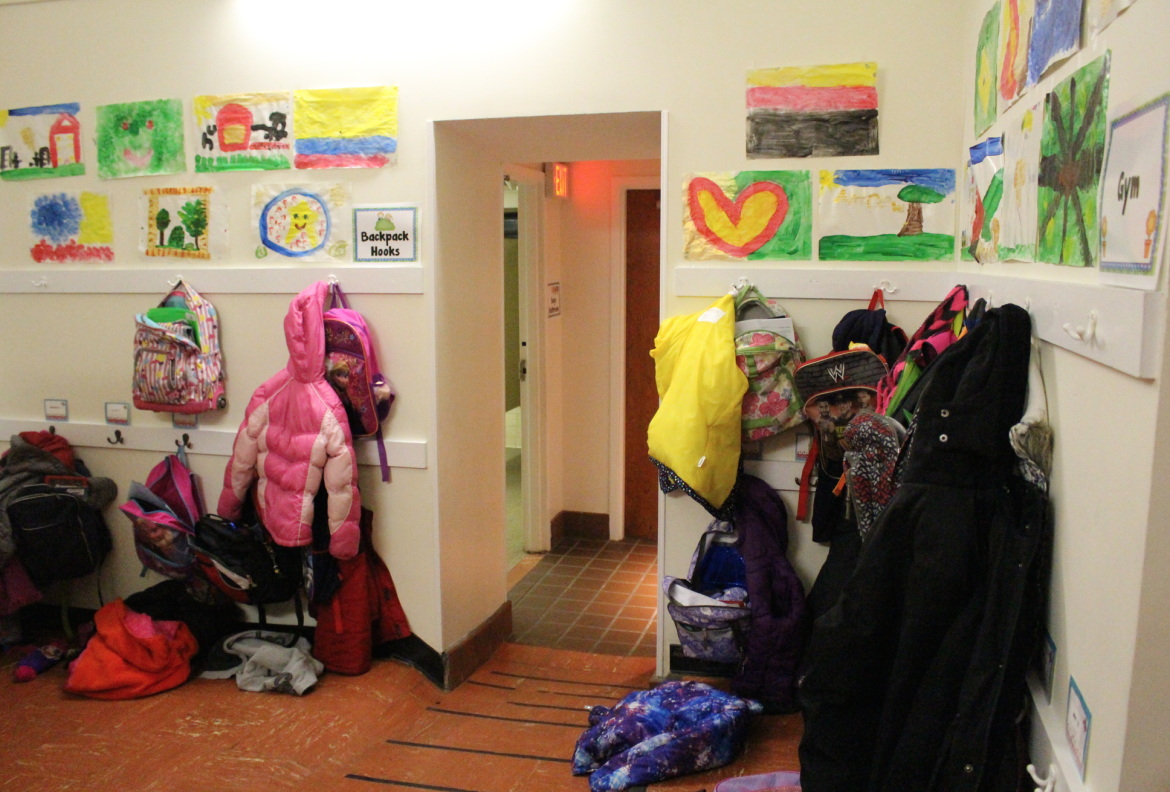 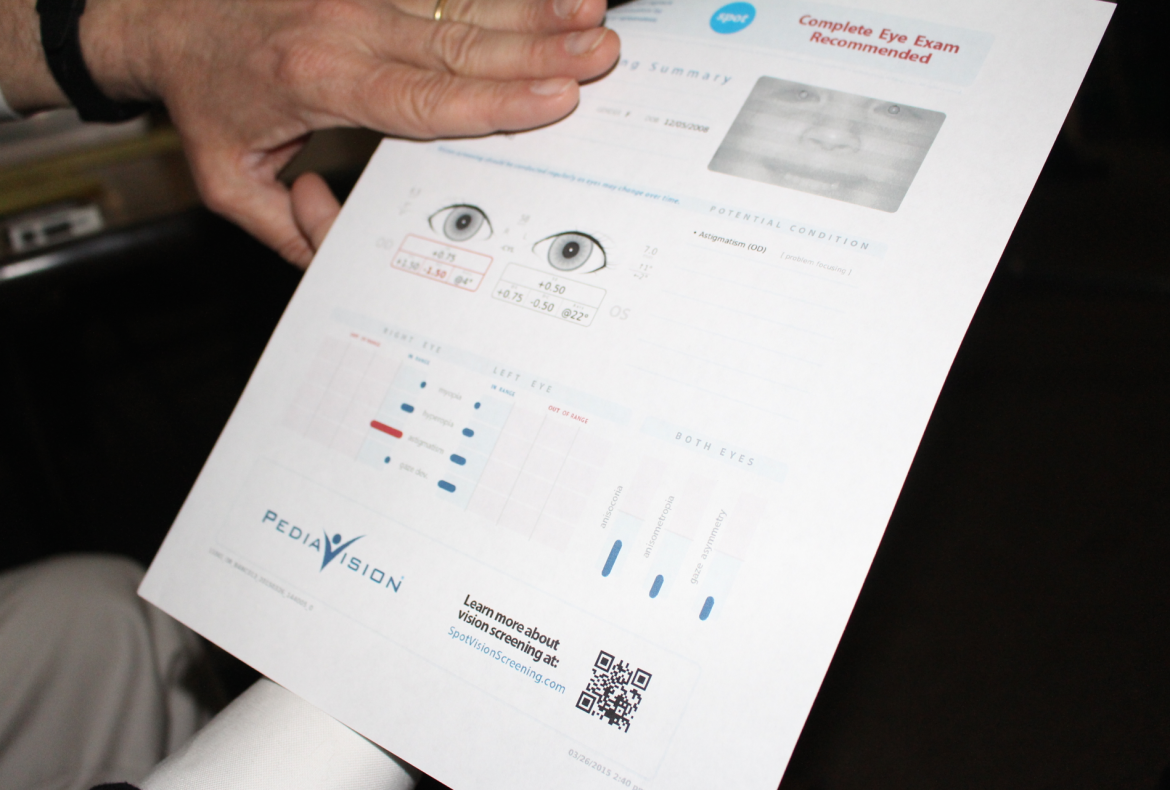 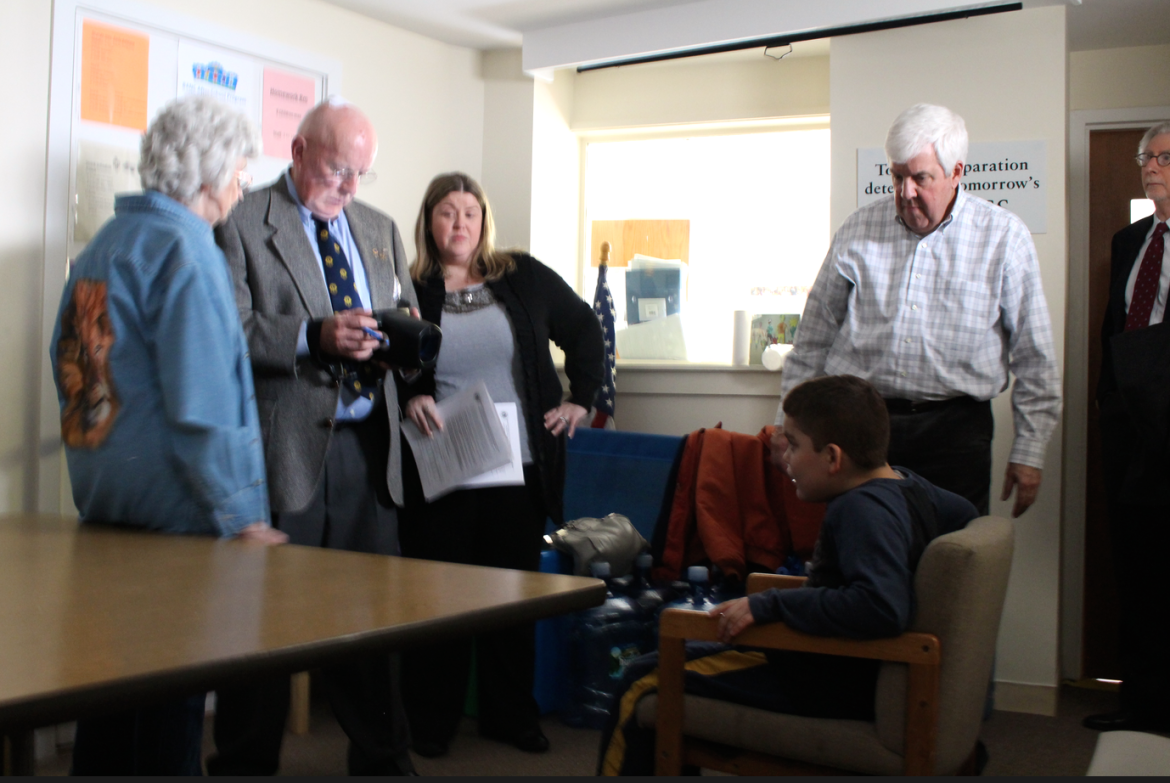 While the mission of Lions Clubs is to better local communities where they are organized, their key theme is to aid the blind and visually impaired.