Kristen Alouisa and Brian Gordiski were beaming smiles on Saturday afternoon. So were the dogs. Kristen reported that a record had been set with a total of four adoptions in one day.

Saturday’s success was a stark contrast from our last visit. In February the the furnace in the main kennel went kaput and the shelter managers were scrambling to shuffle dogs around and find temporary foster families.

In the four months since, there have been other changes at Adopt-A-Dog, including a change in leadership. Longtime director Allyson Halm is now an Animal Control officer in New Canaan. The renovations of the building are complete.

The application process has changed. Now, adoptive families can fill out their applications online before they come meet a dog. As a result, same-day adoptions are possible. “We changed the protocol a little bit. If the references check, and there are no other dogs in the home, a family can leave here with a dog,” Kristen said. “If there are other dogs, we do a home visit.”

Other changes include a new program to help the longest residents of adopt-A-Dog. “We’re starting our UnderDog Pet program for dogs that have been here six months or more. We waive the fee,” Kristen said. “The families leave with their paperwork and an optional donation envelope. Sometimes weeks later a donation will come through, but the main thing is to get those dogs homes.” 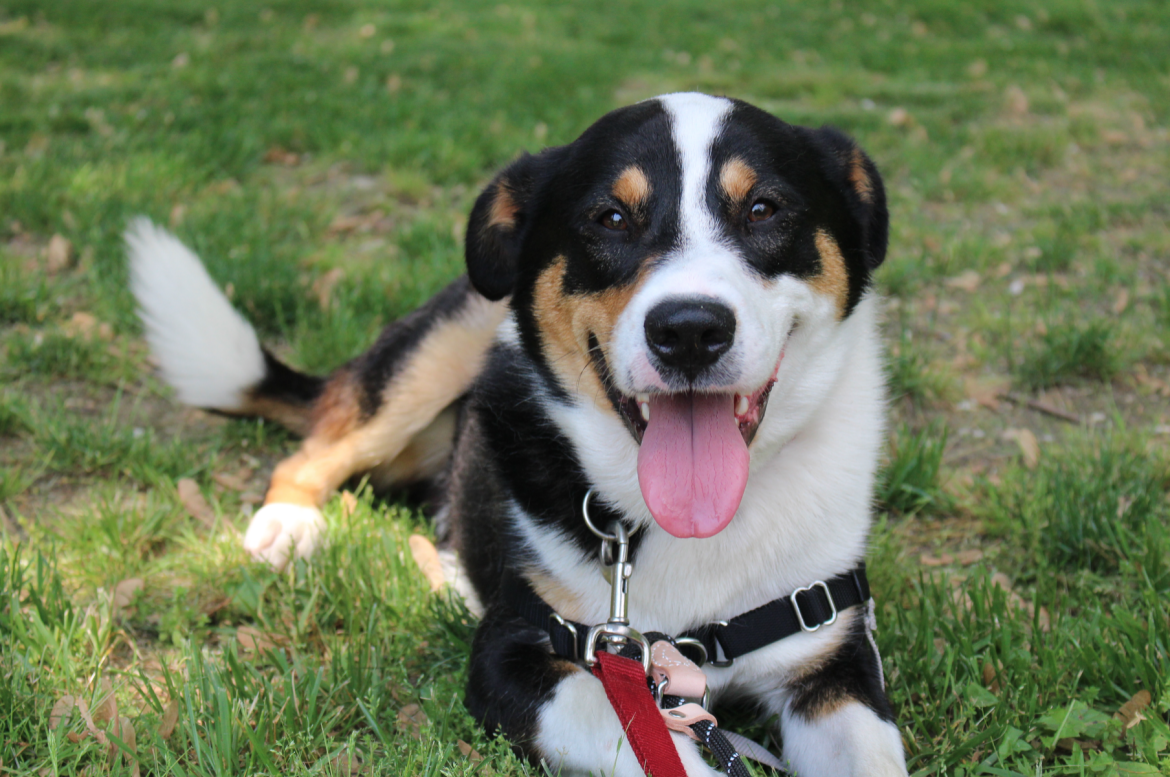 On Saturday, the news was all good, and Kristen was smiling as the listed the four lucky dogs who had found homes. “Harlem found a home. He’d been here over a year,” she said. “And Hodor, an eight month-old Chihuahua-Dachshund mix. And Jenny, our senior Beagle who had been here since October went home today.”

The fourth dog to get lucky was Brianne. “She was here eight months,” Kristen said. “After the adoption event, Brian and I plan to go to the Bronx for a home visit.”

“It’s amazing,” Kristen said. “I haven’t experienced a day like this in years. It’s such a relief.”

In the spirit of cooperation that is a perk among the rescue community, Franchesca Biondo brought two dogs to be included in the adoption event at Adopt-A-Dog. Shep and Mack are two of the 24 dogs Biondo helped escort from Alabama to Tennessee to undergo the non-surgical neutering process called Zeutering.

Shep and Mack are being boarded at Northwind Kennels. Anyone interested in meeting them — they are both about a year old, healthy and fantastic temperaments — should contact Franchesca at [email protected]

Change is Afoot at Adopt-A-Dog with Departure of Director 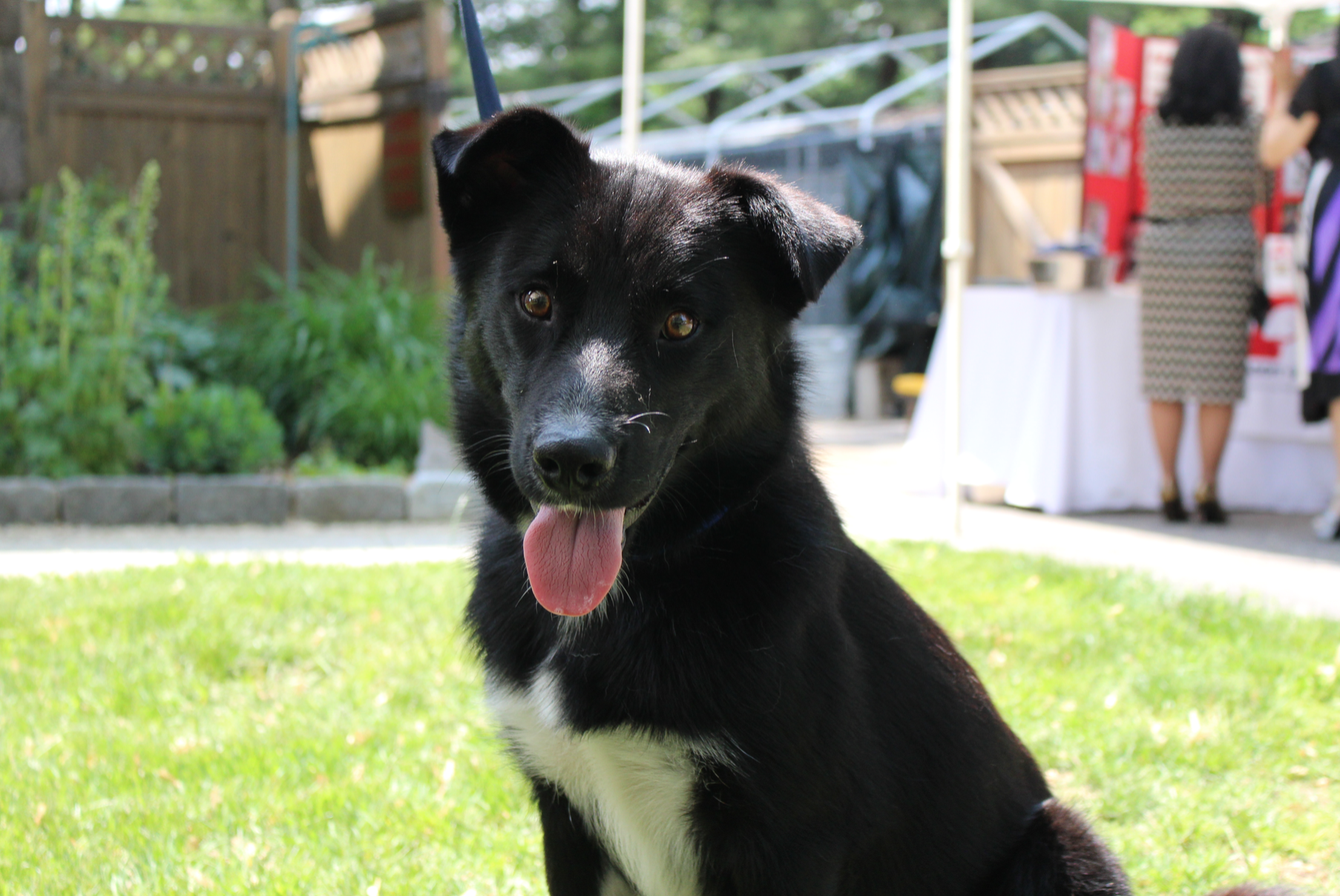 Shep a dog available for adoption was included in the adoption event at Adopt-A-Dog on Saturday. Shep was one of the Zeuter dogs up from Alabama and boarding at Northwind Kennels until he is placed in a home. Credit: Leslie Yager 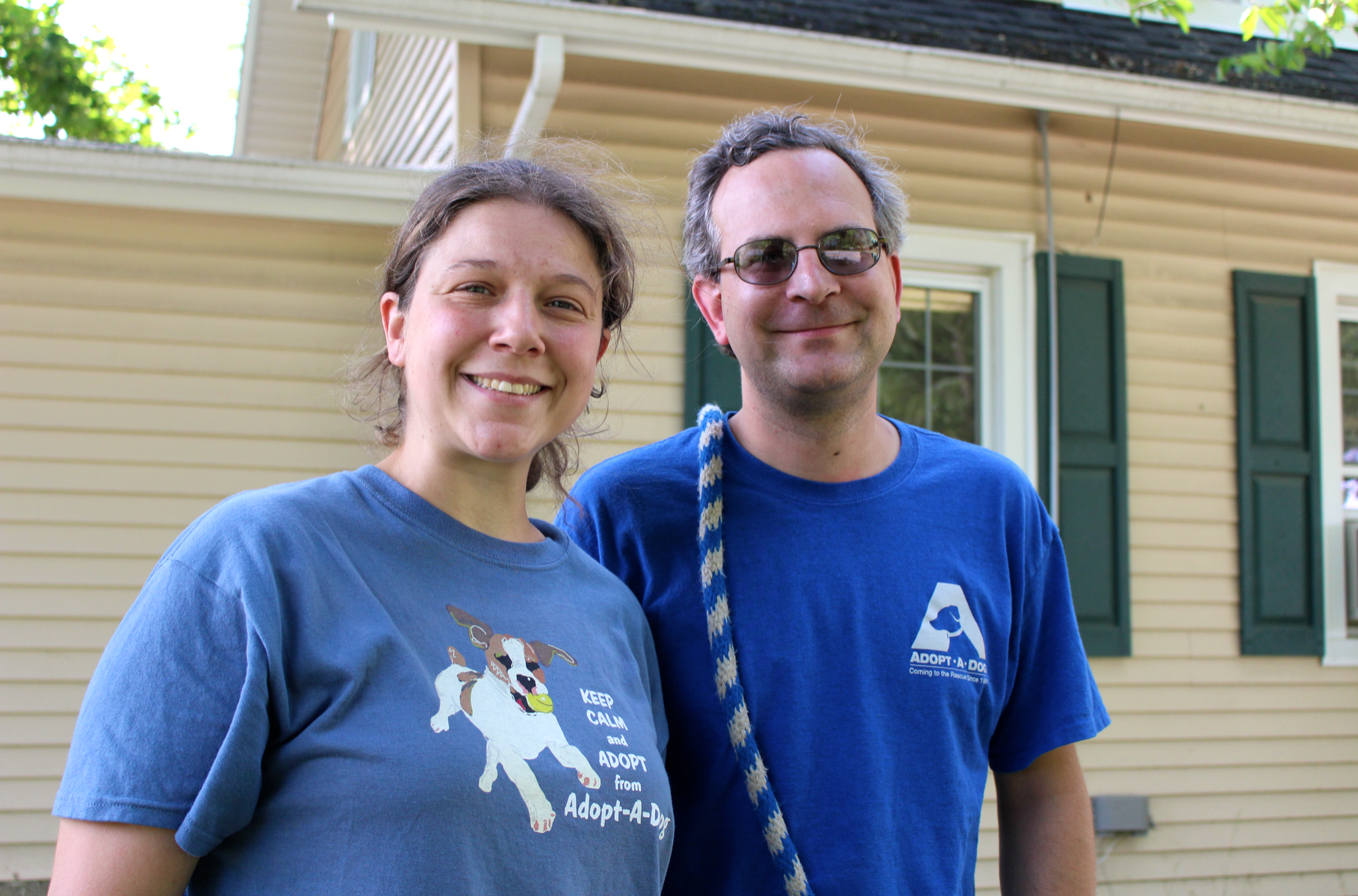 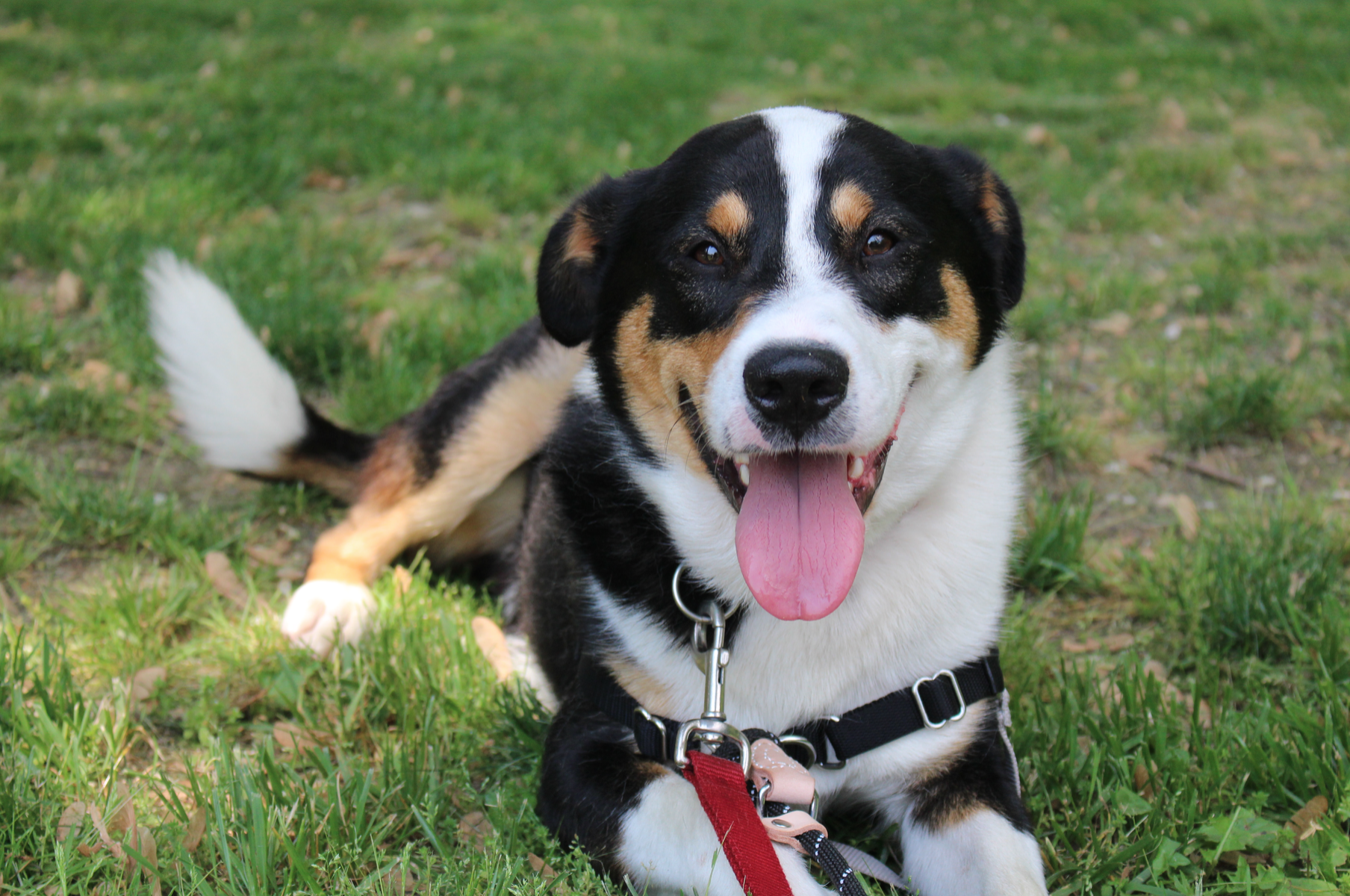 This is Mack, a southern hound mix who is available for adoption. Credit: Leslie Yager 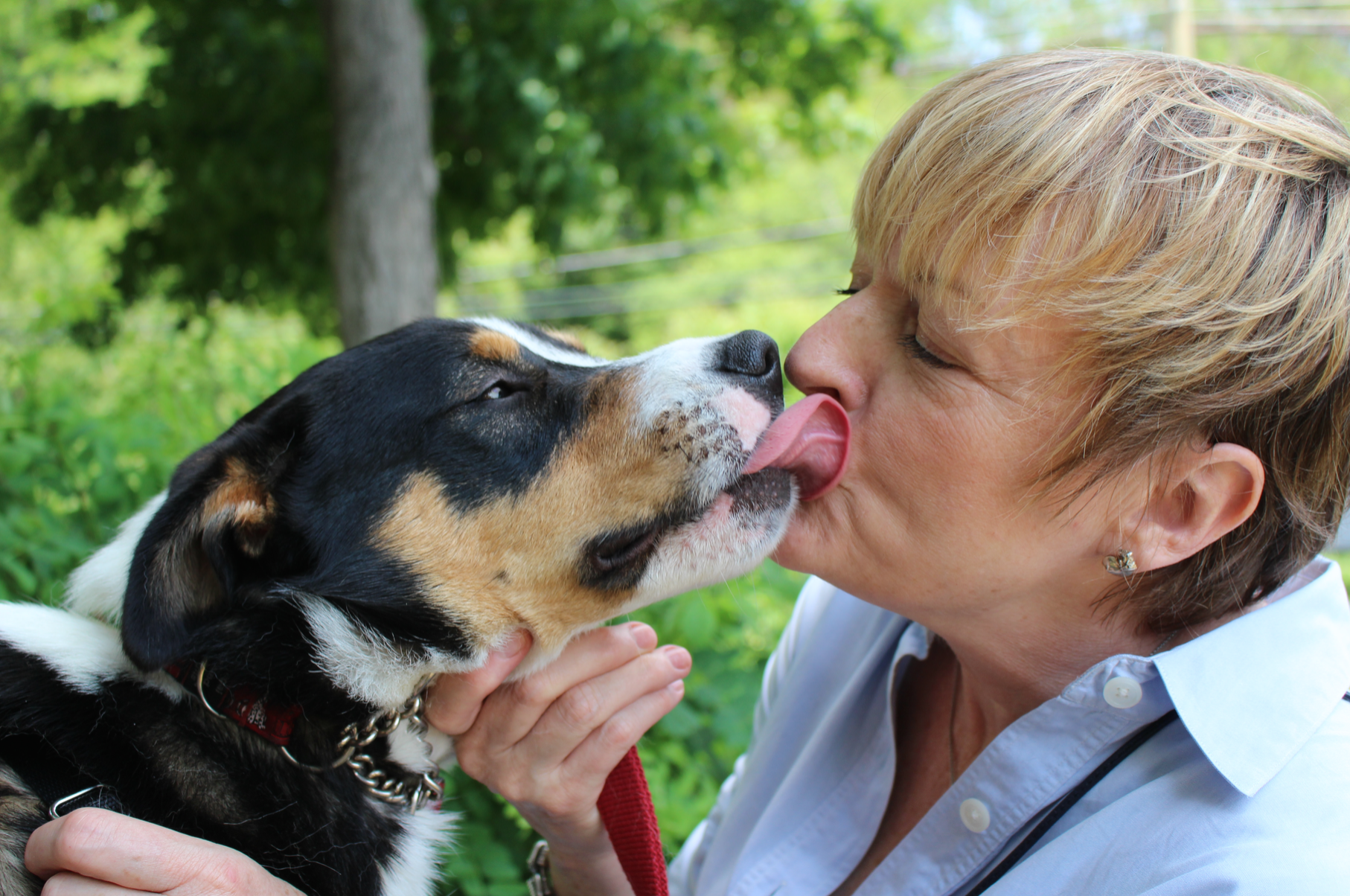 Franchesca Biondo gets a kiss from Mack. Credit: Leslie Yager 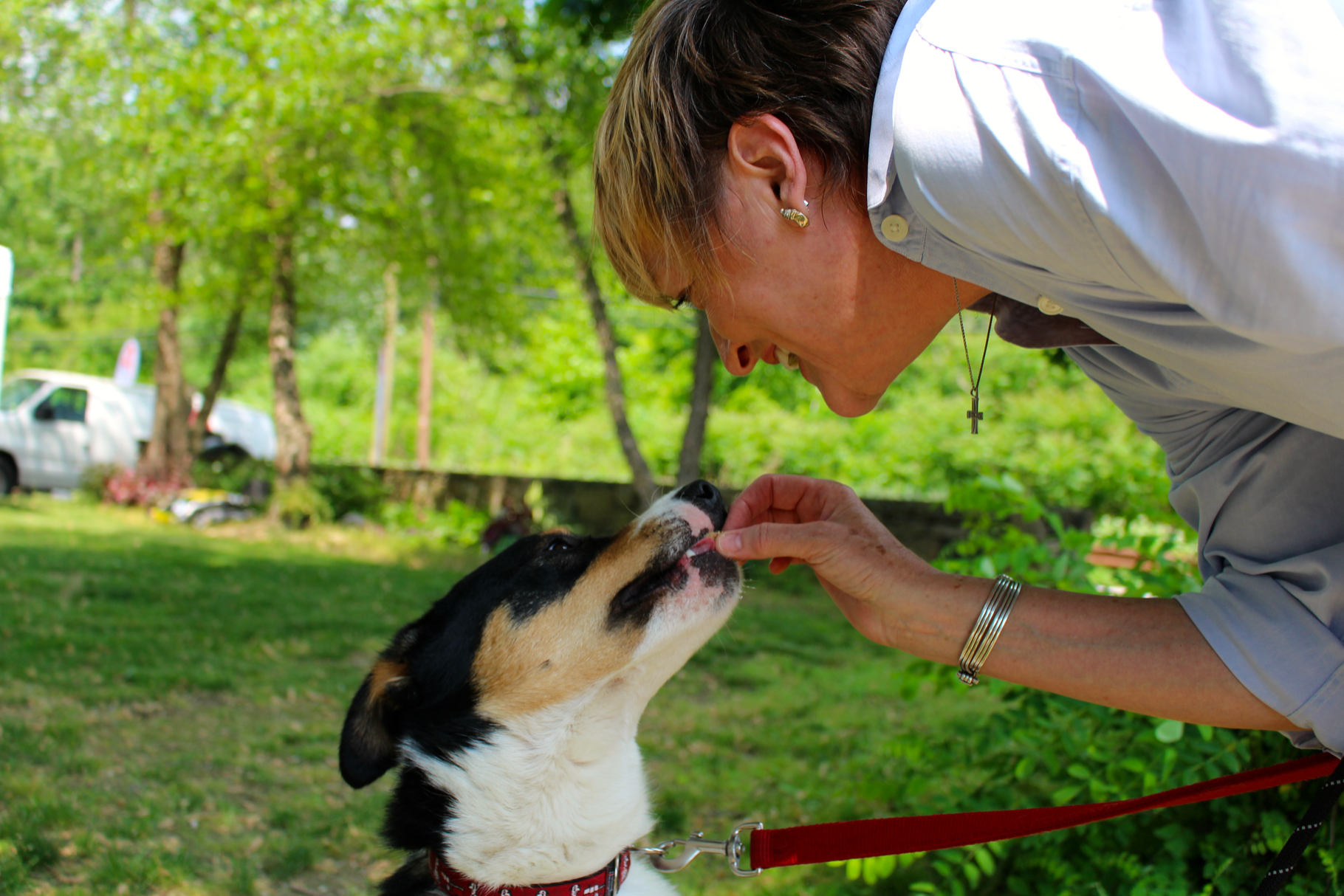