A visit to Adopt-A-Dog on Saturday revealed surprises. Allyson Halm resigned last month and Kristen Alouisa, who has worked at the non-profit for 12 years, has been asked by the board to act as day-to-day director while they conduct for a search for Halm’s replacement.

Foster Homes Sought
More surprises. The furnace in the main kennel went kaput this week. As a result, staff have re-shuffled dogs, bringing some into the main office and separating groups of canine friends in other buildings and the main house. Adopt-A-Dog is looking for foster homes for the dogs until the furnace is repaired. The repairs might be complete in a matter of weeks, but would certainly not be longer than a couple months when the weather warms up.

New Mission
Some other changes reflect a revised mission at Adopt-A-Dog. “Our new mission is to save, socialize and find homes for abandoned and unwanted dogs,” Alouisa said. “We’re “We’re good at the first two, but we need to up our game on the third. We need to increase our adoptions.”

To that end, Alouisa said the set adoption fees of $350 for a puppy and $225 for an adult dog will become optional. “People can make a donation of their choice,” she said, adding that with dogs that have been at Adopt-A-Dog for over a year, or are seniors, the fee is waived.

Alouisa said other strategies are being discussed to up the number of adoptions. She said it has been disappointing that despite the tremendous popularity Puttin’ on the Dog, no dogs were adopted at the event in the past two years, though back in 2007, the event resulted in the adoption of 30 dogs. “We have to look at that event with an eye to increasing adoptions,” she said. “We want to have more open houses and to get out in the community more often. We want to bring dogs to the five Pet Pantry locations in the area and collaborate with other shelters and rescue groups.” 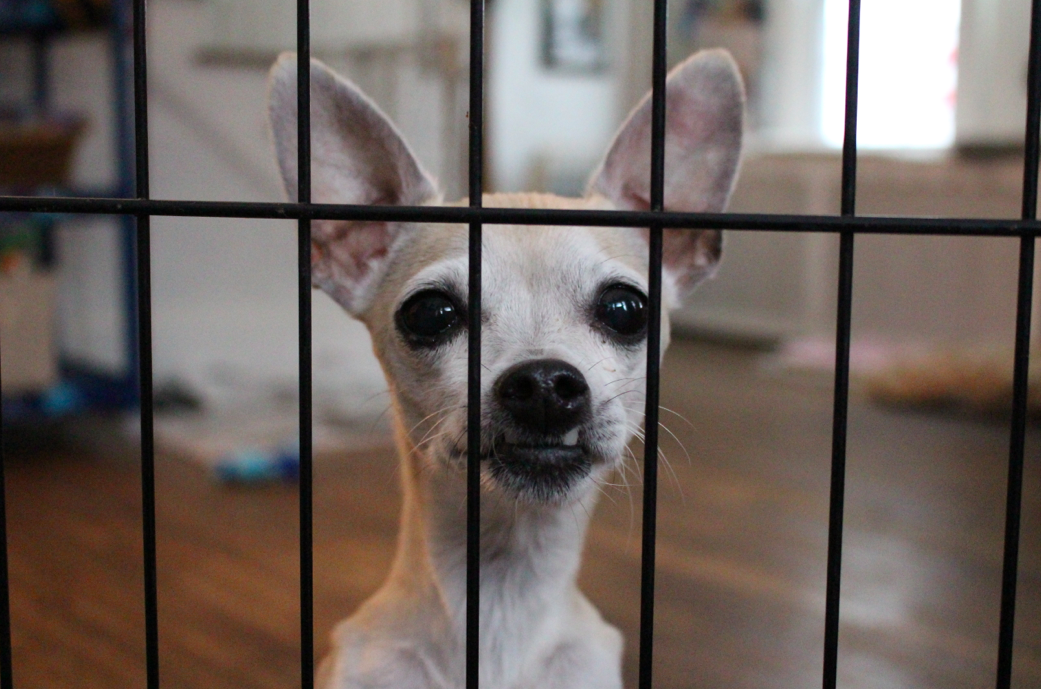 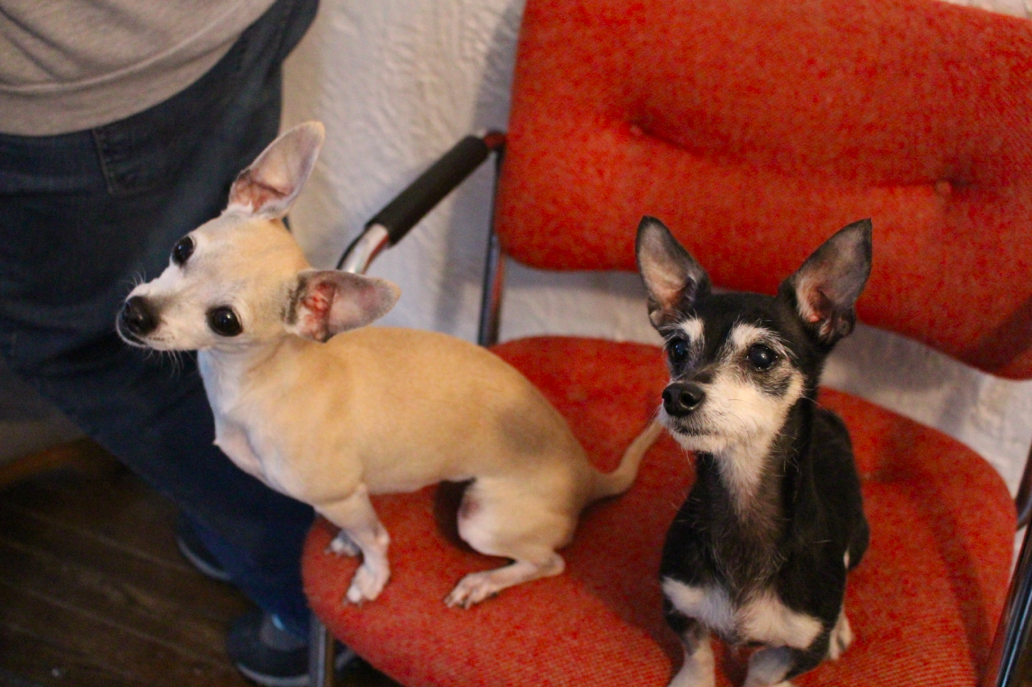 Kiwi and Precious, a pair of 9-year-old- Chihuahuas at Adopt-a-Dog. Credit: Leslie Yager 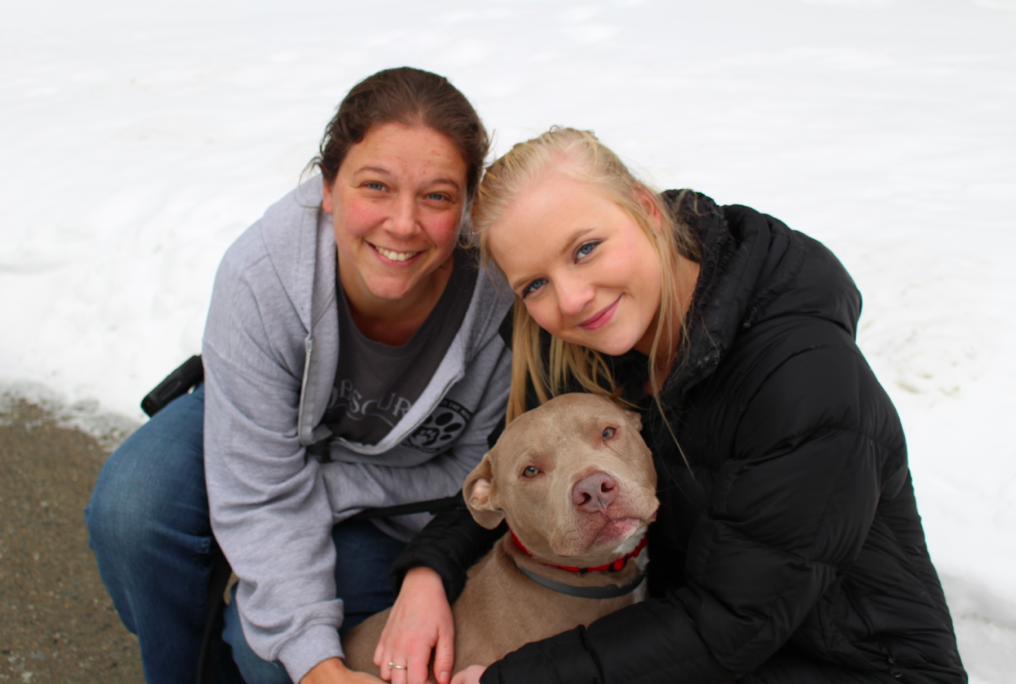 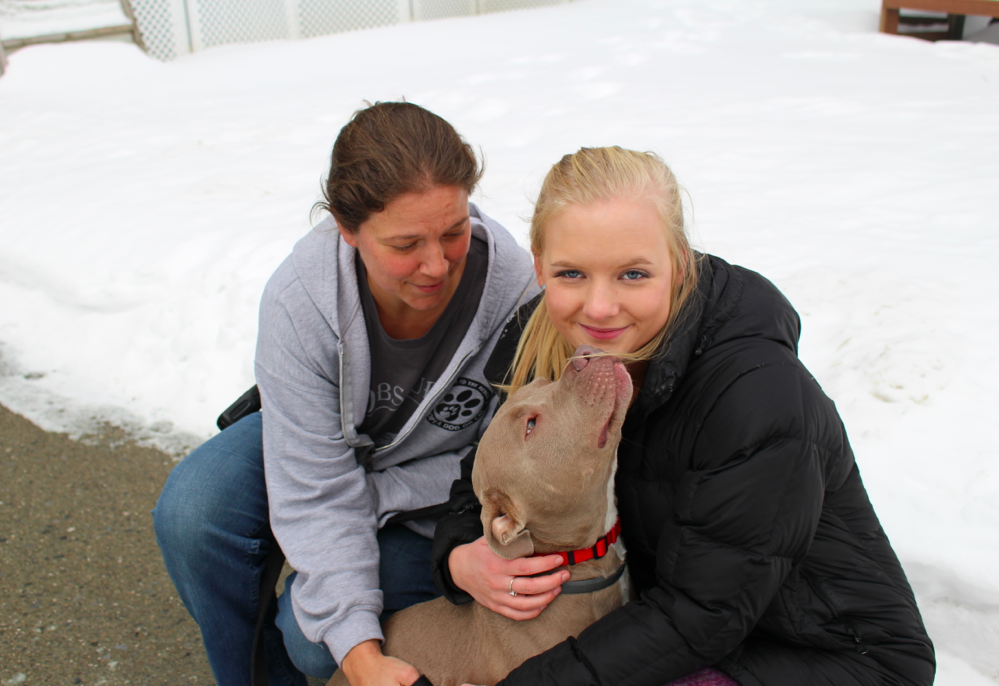 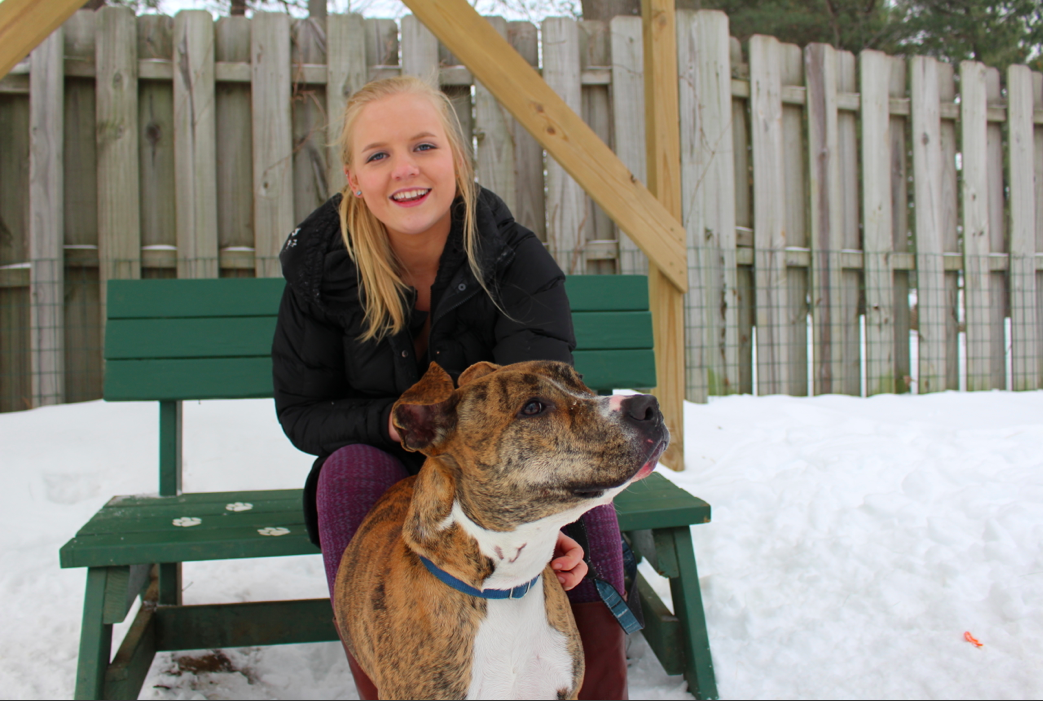 Zoe is a sweet pit bull who loves to play fetch with a Frisbee and is a favorite among staff at Adopt-A-Dog. Credit: Leslie Yager 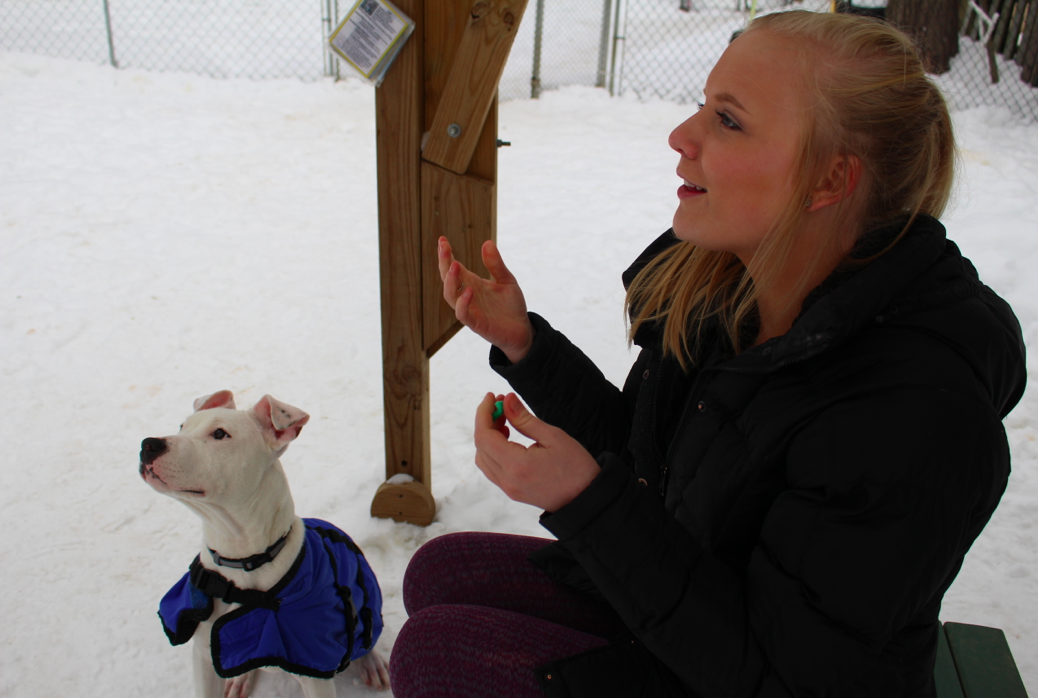 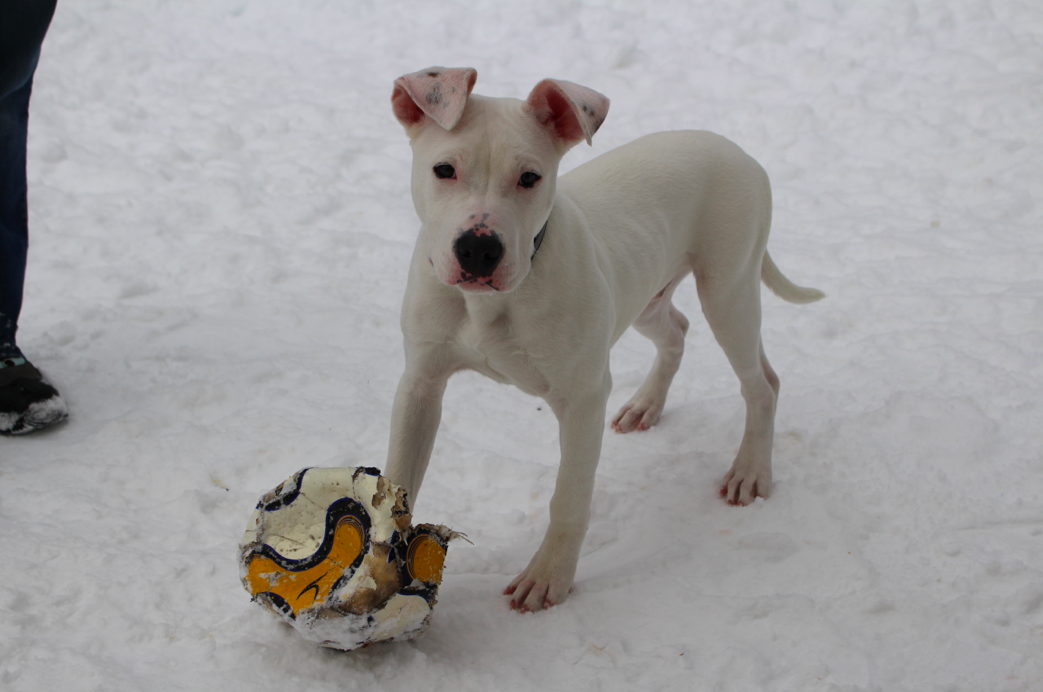 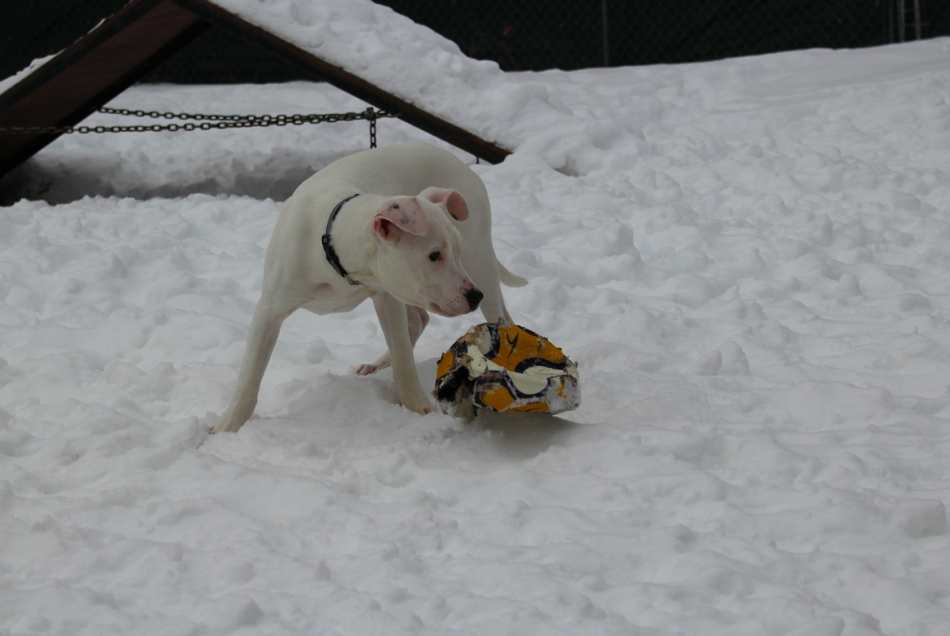 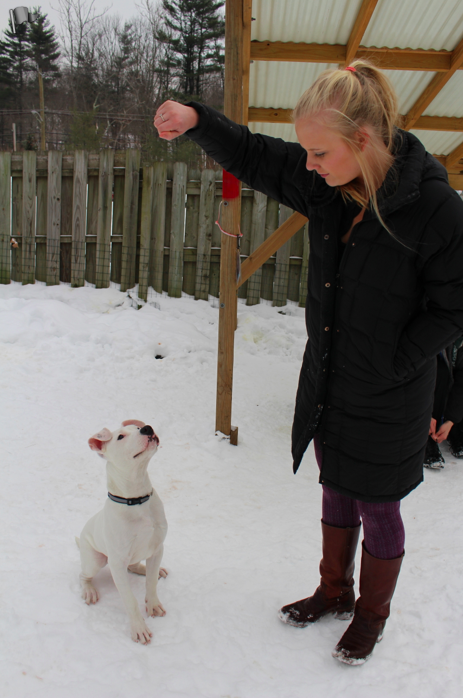 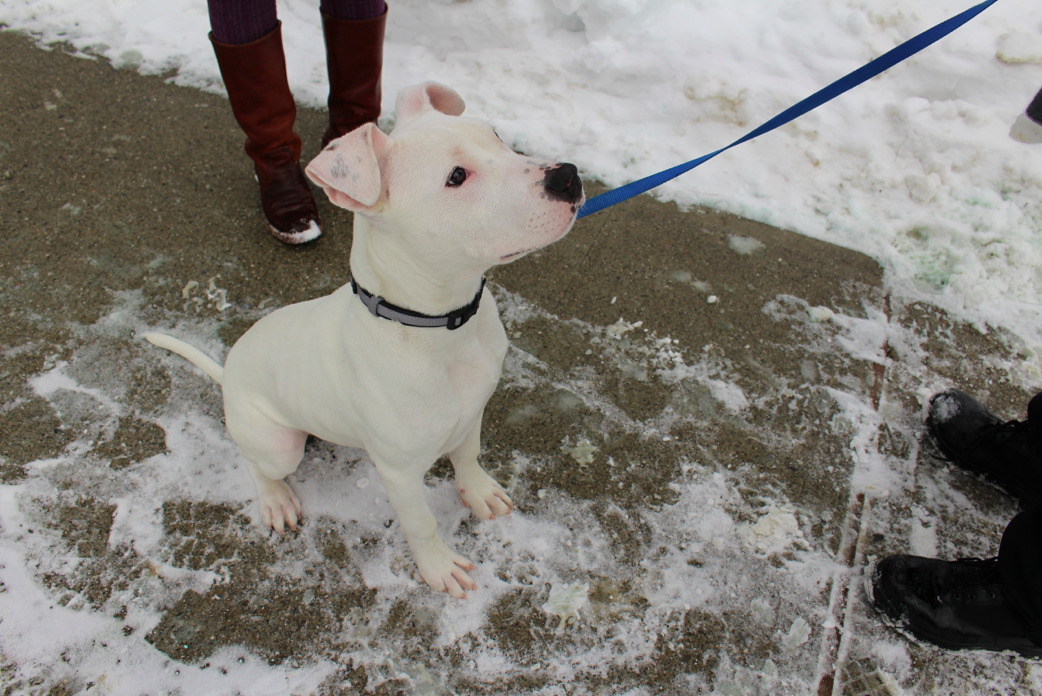 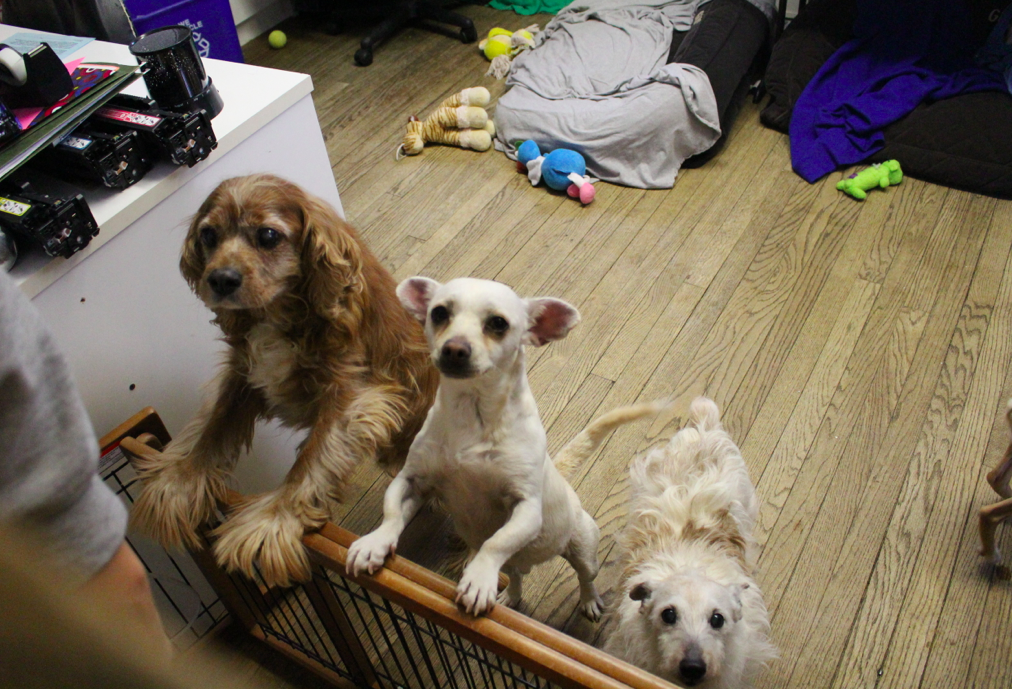 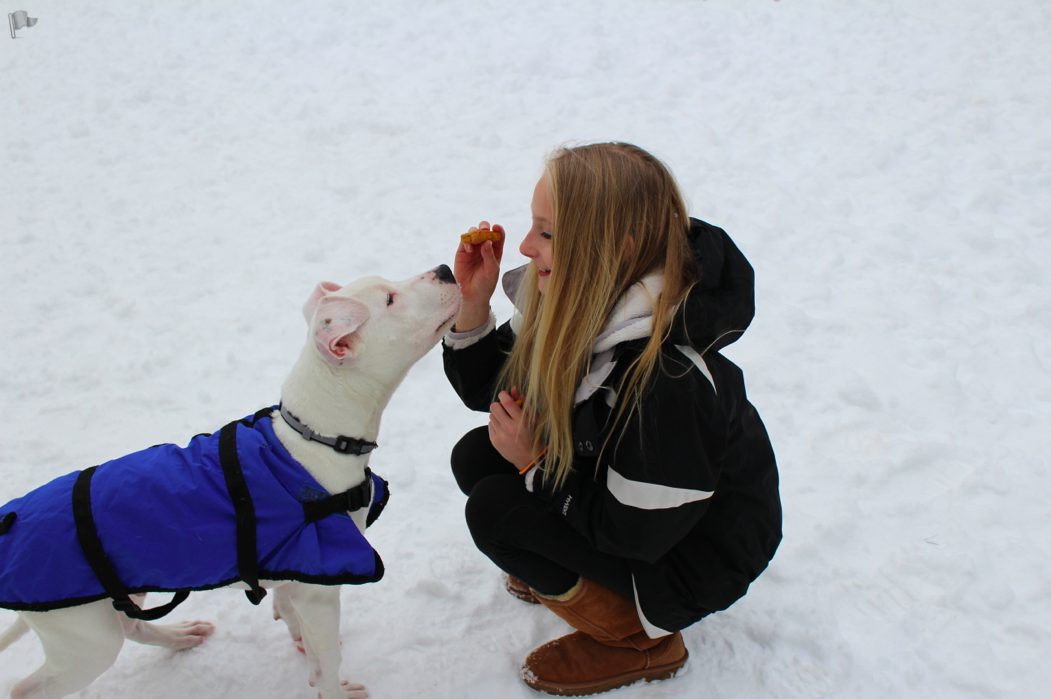