Judging took place at the Garden Education Center and awards were presented to the eager second graders.  Judges included Lisa Beebe of the Garden Education Center (GEC), Jeff Bischoff of Back 40 Mercantile, who gave a copies of his book The Boy, The Farmer to Greenwich grade schools, Cai Pandolfino of Green & Tonic, Patty Sechi of Greenwich Community Gardens and Pam Sloane of GIVE (Garden Initiative for Vegetables in Education). 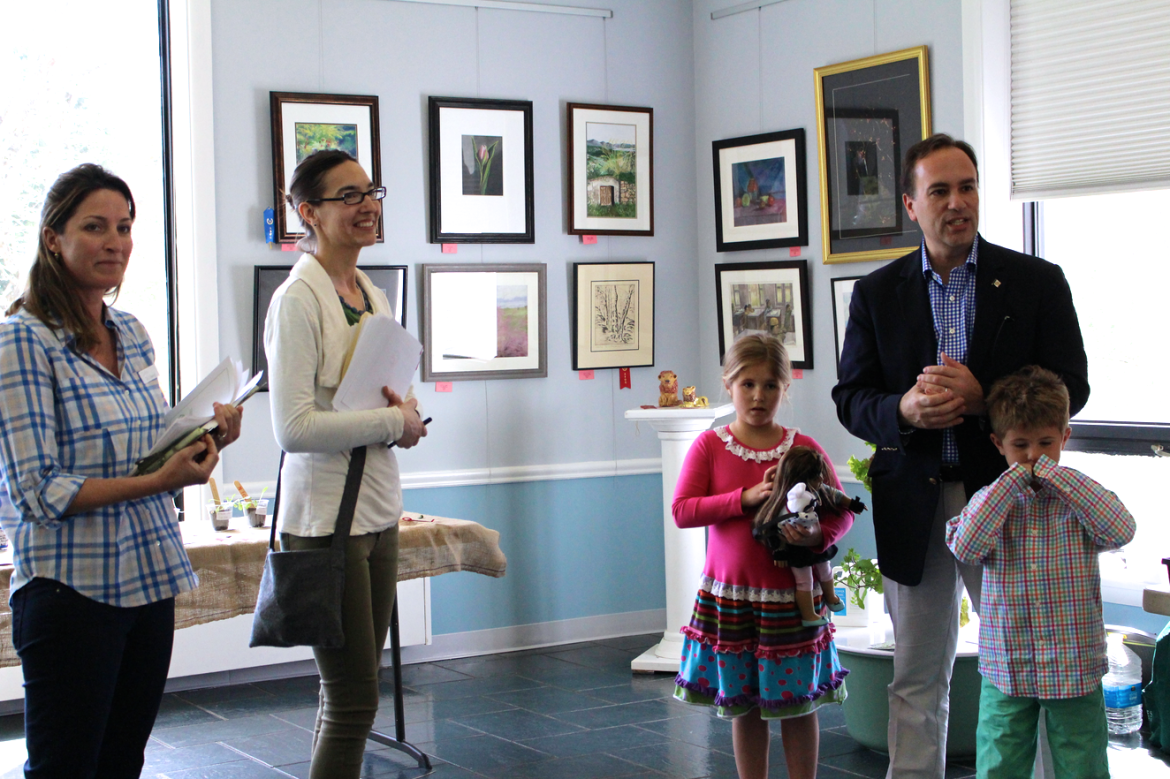 Deanna Novak, Director of Youth Education for GEC, and PTA Council Green School co-chair Julie DesChamps presented the awards to an enthusiastic group of green thumbed children. Afterward, First Selectman Peter Tesei congratulated the winners and talked about the value of learning to garden at an early age.

“I’m thrilled to see children, especially as young as second grade getting involved,” said Pam Sloane of Old Greenwich. Sloane taught French at Dolan Middle School for 23 years, and started both a gardening and cooking club. “It’s about learning to care for something other than yourself,” she said. “If you don’t care of it, it dies.” 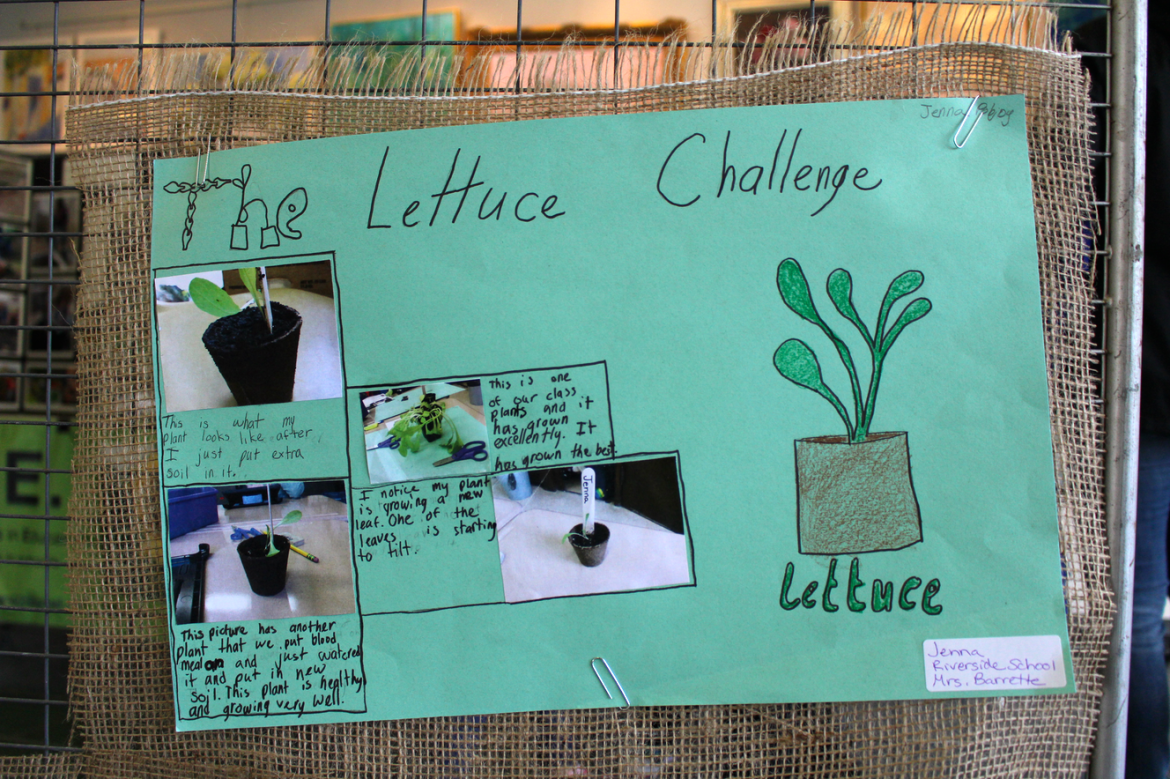 ‘”It’s a hands-on approach. It’s a great way for kids to learn by doing,” said Patty Sechi of Greenwich Community Gardens, adding, “Not everything is instant gratification. It teaches you patience.”

Sloane said that in all the years she gardened with middle schoolers, it was always the sign of the first sprout that got kids the most excited. “When the sprout suddenly appears, they’d always say, ‘Look! It’s growing!'”

“When those seedlings emerge, it makes them realize they can have an impact on the environment,” Sechi said.

There are other benefits to gardening. “It’s also a time for them to talk to each other and they find themselves talking to the child next to them who may be different. Kids in a garden erase their differences,” said Sloane. 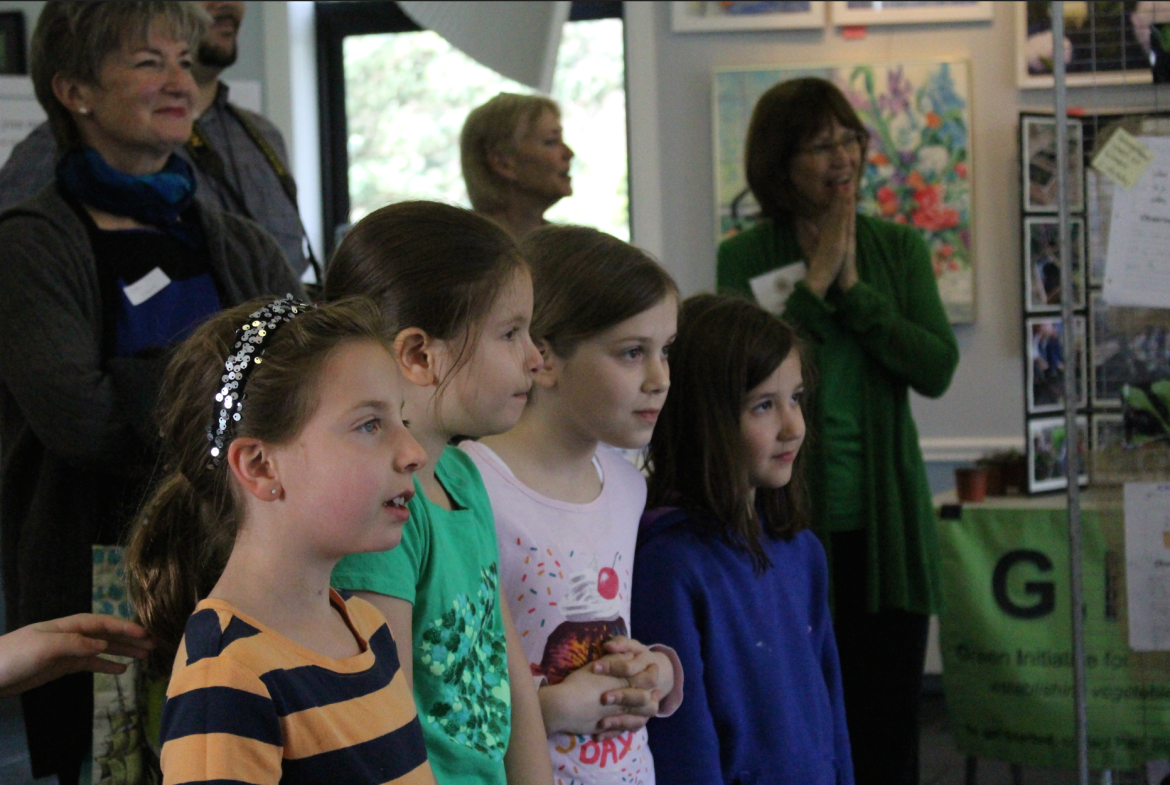 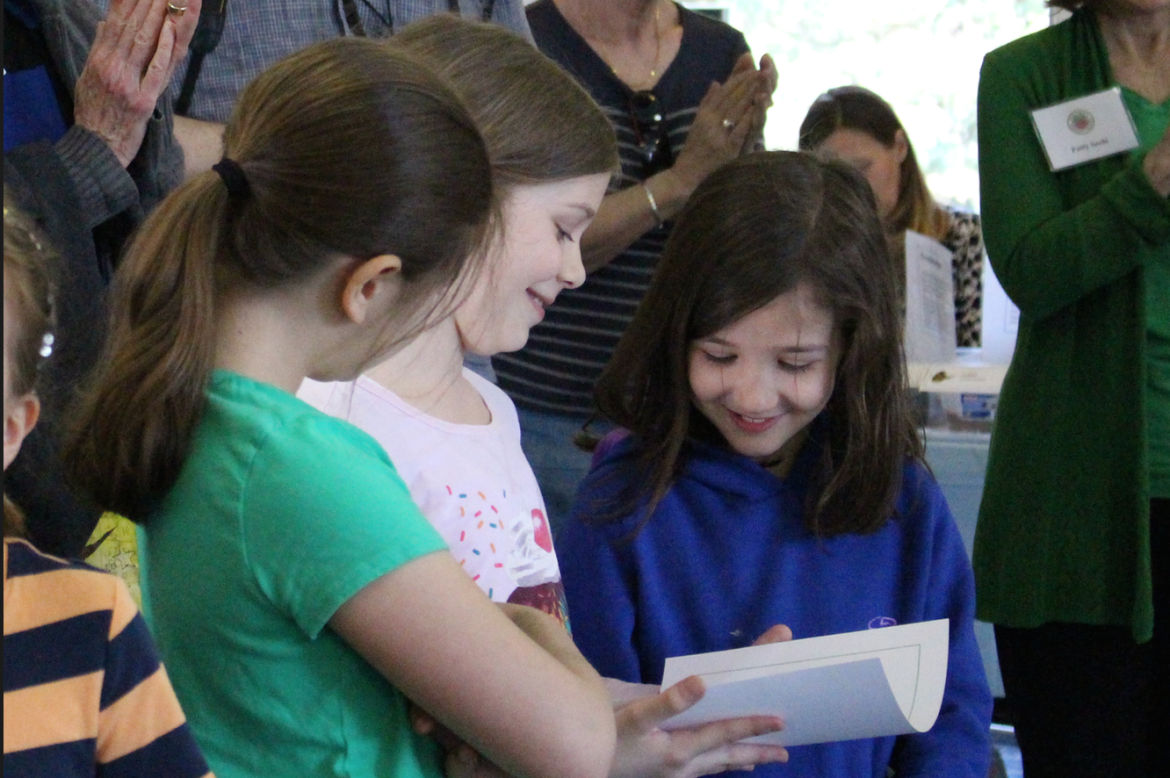 Mrs. DesChamps said that another important project of the Green Schools committee involves tackling litter and encouraging recycling in Greenwich Public Schools. She said several schools have their own gardens, including Western Middle School, ISD, Old Greenwich, Glenville, and Riverside, which added theirs last year. 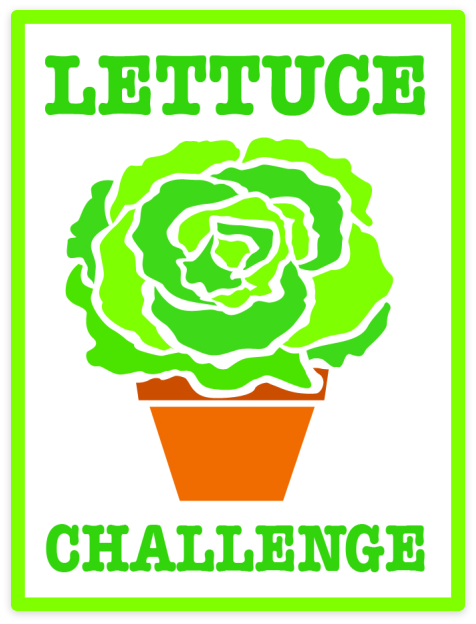 Mrs. Novak said she was a lettuce newbie herself, but embraced the challenge.

“The judges had a very hard time deciding,” said Mrs. DesChamps. There were multiple award categories,  including “The Green Thumbs” awards for the most vigorous growers. Some winners received a $10 certificate for the May 2 annual gardeners market at the Garden Education Center.

Sunday was a beautiful sunny day to think about gardening, and, following the awards presentation, Mrs. Novak invited all the families to a scavenger hunt in the Pinetum. 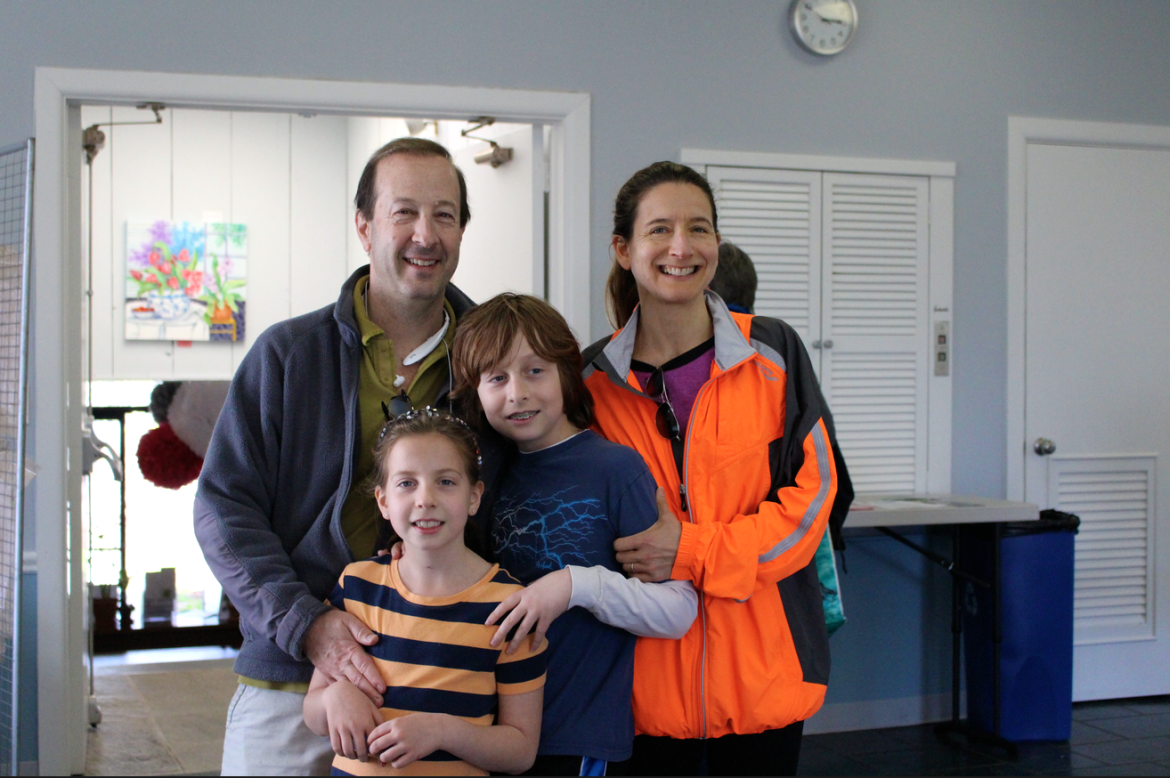 Claire Weindling’s family congratulated her after she accepted a Lettuce Challenge award on behalf of the second grade Macri-You homeroom at International School at Dundee. Credit: Leslie Yager 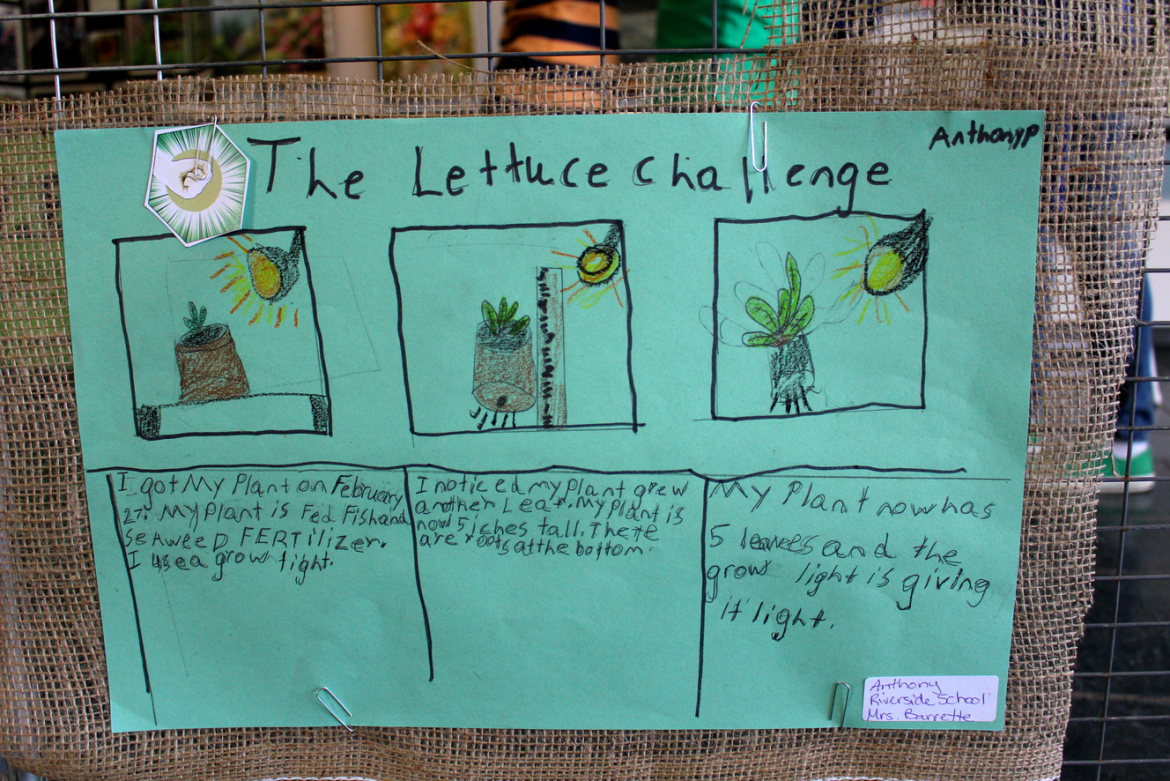 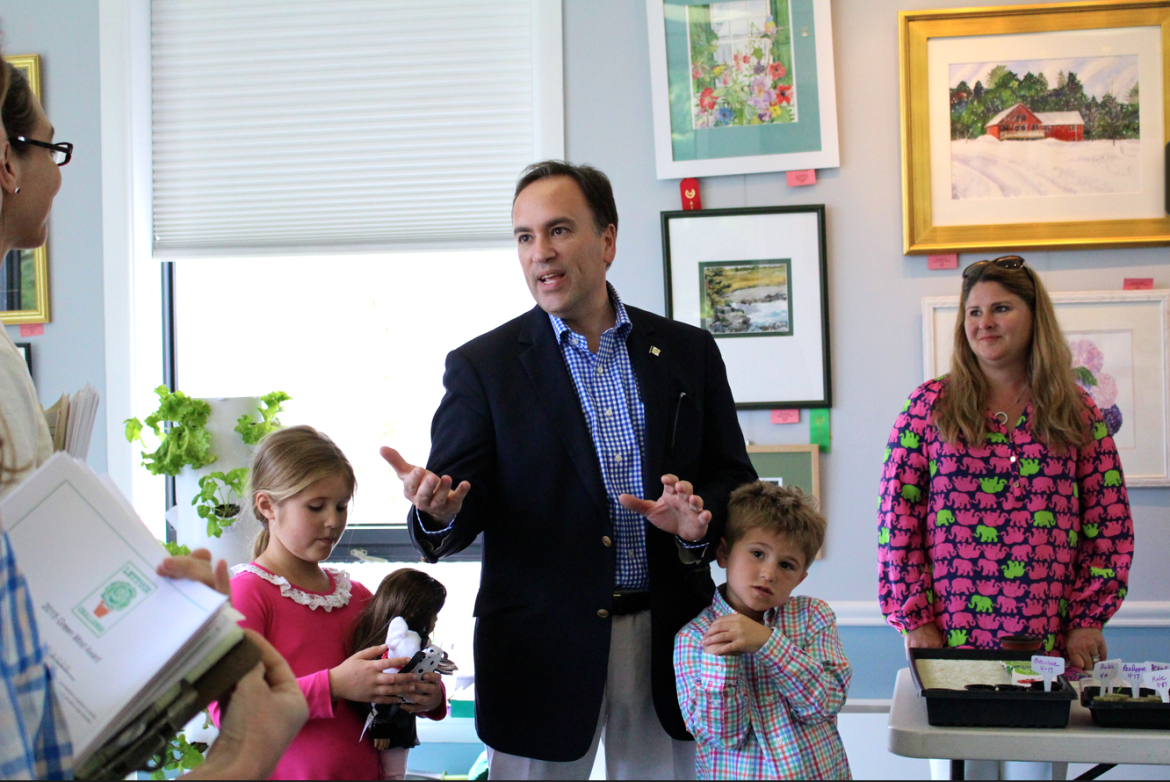 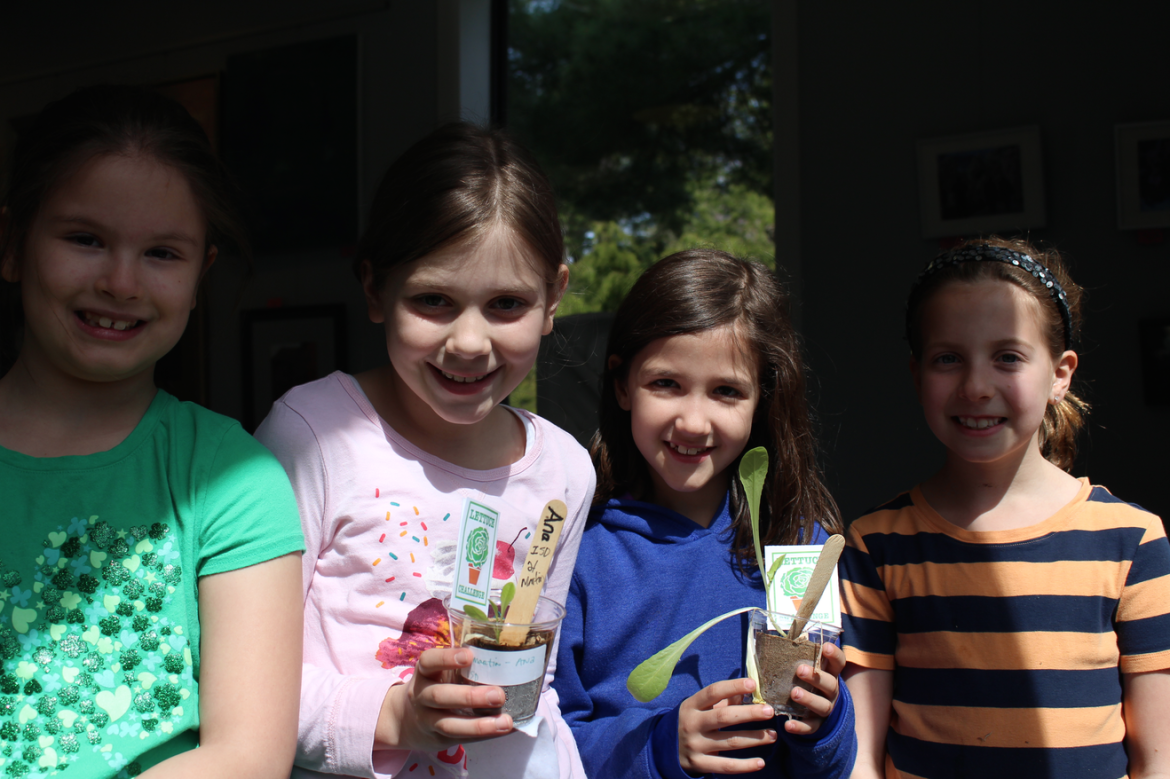 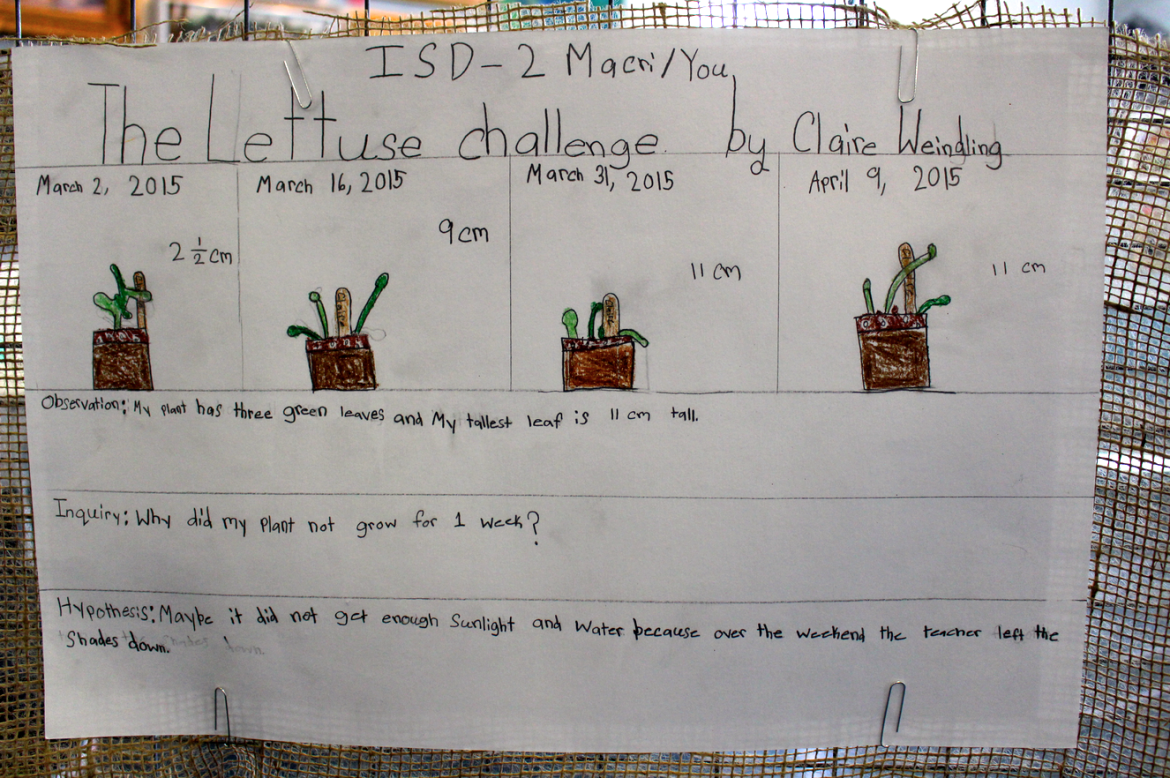 The Garden Education Center is located at 130 Bible Street in Cos Cob.