Governor Dannel Malloy has joined the “Wear Orange” campaign by issuing a proclamation that June 2, 2016 will be “Gun Violence Awareness Day” in the State of Connecticut.

The “Wear Orange” campaign and National Gun Violence Awareness Day was inspired by Chicago teens who refused to be silent in the face of daily gun violence.

“I brought my young children to Old Greenwich to help put up the banner for the June 2nd ‘Wear Orange for National Gun Violence Awareness Day’,” Bhargava said. “I am proud to live in a state and town that are such leaders in gun violence awareness and prevention.”

Bhargava said her family will be wearing their nicest orange on June 2 in observance of gun awareness.

“I applaud the efforts of the GCAGV to promote June 2 as the National Gun Violence Awareness day and I am proud that Greenwich, through our First Selectman, Peter Tesei, has issued a proclamation to that effect,” said John Blankley, who was nominated by Democrats last week to run for the State Senate seat held cufrently by Republican Scott Frantz.

Blankley said it is sad that the NRA is ramping up its propaganda machine to coincide with the Wear Orange effort.

“Just today I had  a robocall from the NRA saying that ‘Hillary is going to take away our guns and destroy our freedom,'” Blankley said. “The mindless untruth of such rhetoric is breathtaking.” 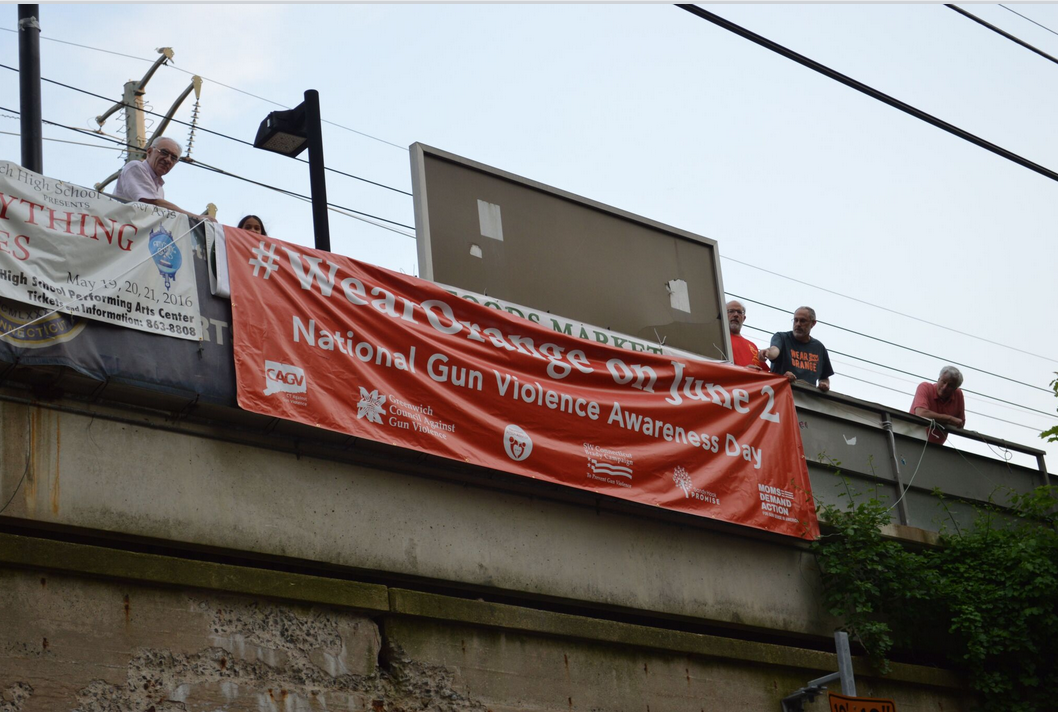 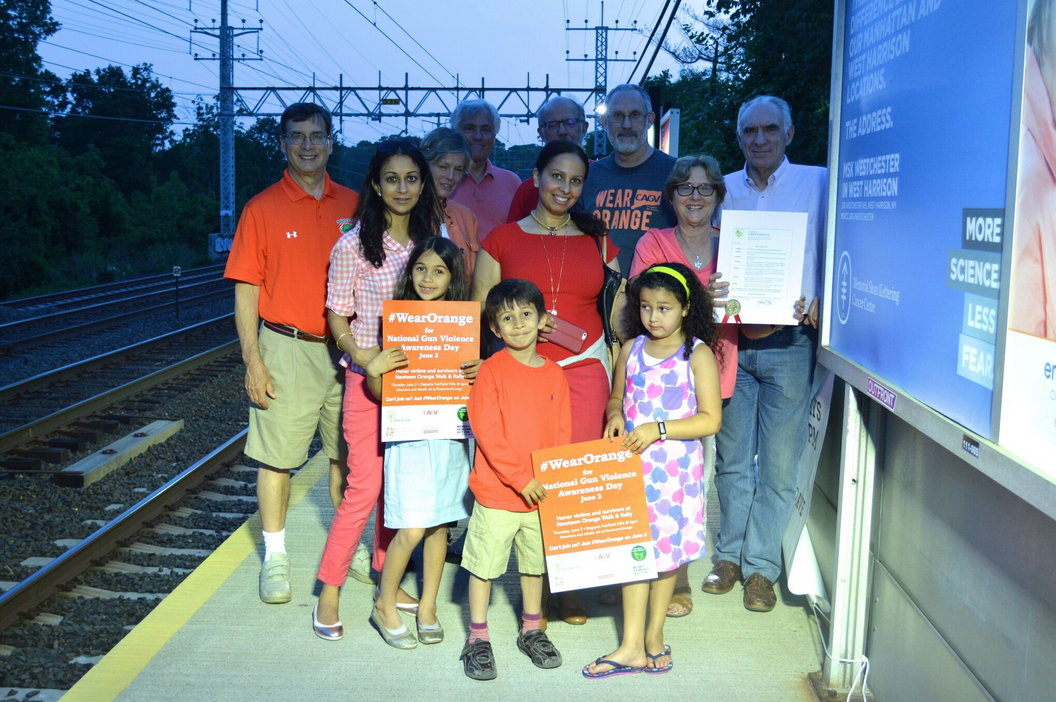 “The #WearOrange campaign is an example of how ordinary citizens working together can lead to extraordinary change for good of our country, said Jonathan Perloe, leader of Greenwich Council Against Gun Violence and President of the Brady Campaign Southwestern CT Chapter. “Even if you can’t join us in Newtown, please wear something orange on June 2, share a selfie on social media and know that you’re making a difference.”

“As you well know my support for gun violence awareness and prevention is unwavering,” said Greenwich Selectman Drew Marzullo. “This is made evident by numerous letters to editors, attending rally’s, speaking out both publicly and privately, lobbying Hartford and Washington and contributing financially to multiple organizations.”

Marzullo said Mr. Perloe’s leadership on this extremely important “mission” does not go unnoticed. “I want to once again thank you on behalf of myself and family and the thousands of Greenwich residents I proudly represent. I stand with you.”

CT Against Gun Violence is a statewide gun violence prevention group whose mission is to reduce gun violence through education and legislative advocacy. www.cagv.org.

The Greenwich Council Against Gun Violence is a local grassroots organization of concerned residents from Greenwich, CT. Our mission is to join hands with others to work for common-sense state and federal regulation of firearms to help reduce gun violence.

About Wear Orange: In 2013, a small group of teens at a South Side Chicago high school asked their classmates to honor the life of their murdered friend Hadiya Pendleton by wearing orange – the color hunters wear in the woods to protect themselves and others and a color that reflects the value of human life. They inspired the Wear Orange campaign, a coalition of more than 200 non-profits, cultural influencers and elected officials working to reduce gun violence in America.

Spearheaded by Everytown for Gun Safety, the campaign asks Americans who believe we can do more to save lives from gun violence to do one simple thing on June 2, National Gun Violence Awareness Day: Wear Orange. Those who wear orange pledge to honor the lives of Americans stolen by gun violence, to help keep firearms out of dangerous hands and to protect our children from gun violence. Wear Orange has already reached more than 220 million people worldwide and is fast becoming the symbol of the gun violence prevention movement.