During the January Parks & Rec board meeting, department director Joe Siciliano gave an update on the Greenwich Pool in Byram Park, which he said he expects will open on time over Memorial Day weekend or by June 15.

The Junior League League of Grenewich, which has been committed to the pool project for many years, worked closely with the town’s Dept of Public Works and Parks & Rec Dept in a signature public-private partnership for the town.

“The first year we’ll keep the instructional lessons, one six-week group lessons in the morning and some senior opportunities to use the pool.” 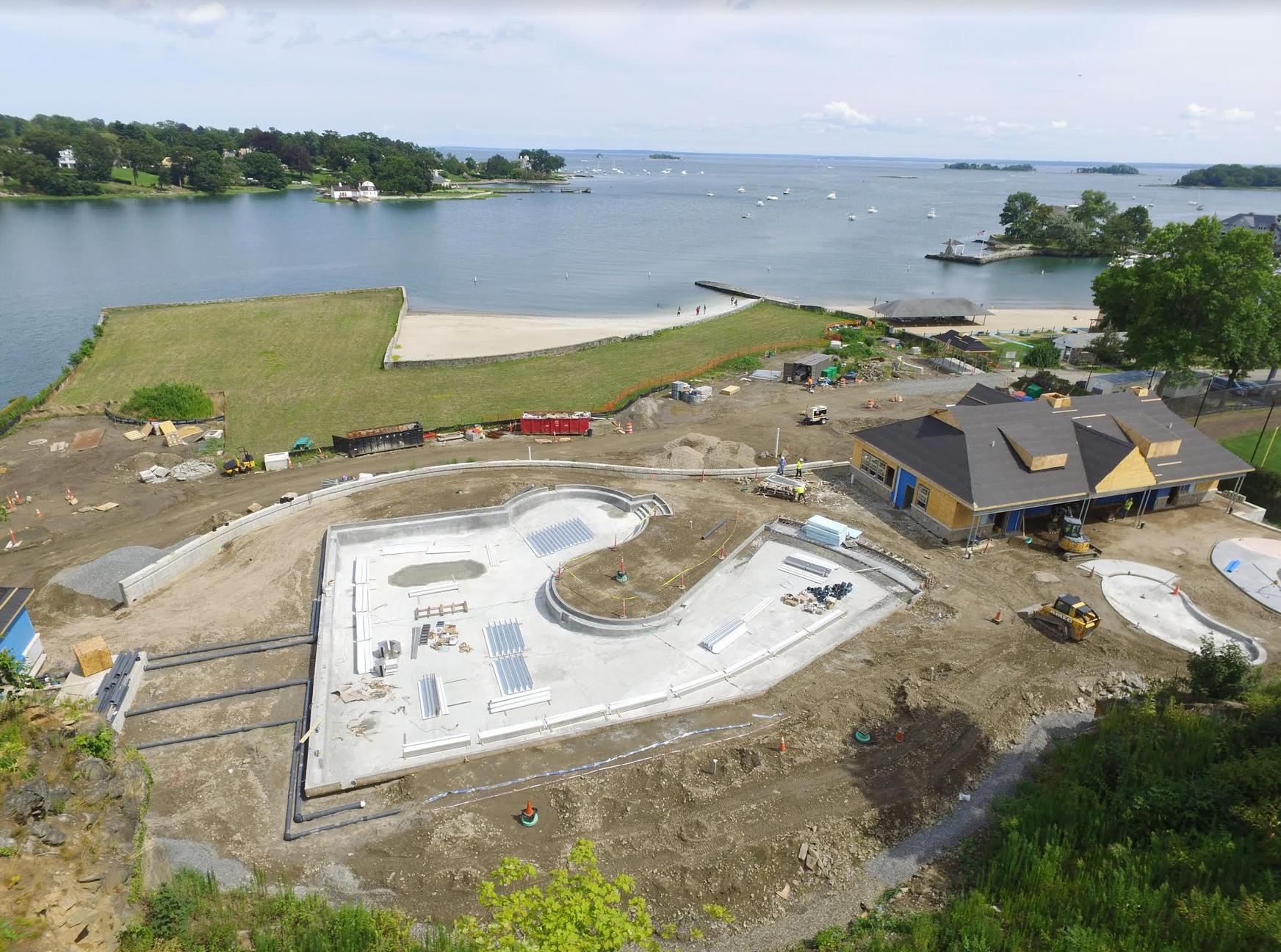 “We don’t want to over schedule the pool,” he said. “It’s going to be the first time we have a brand new pool and a lot of people will want to come see and use the pool.”

Siciliano said that from the point of view of hid department, they want residents to come and have the best advantage to see and use the pool.

The fee for a seasonal park and beach pass is set to rise from $33 to $35 to offset some of the expenses of the new pool. This year the parks & Rec department will not be doing a paper mailing for pass renewals. Instead, residents are invited to renew their passes online.

“We don’t want people to get discouraged….If we over schedule it with lessons and opportunity for day camps people will get discouraged the first time they come down. They’ll say, ‘Oh, we built a pool for 300 people and I still can’t use it.'”

Siciliano said the intent is to have some swim lessons, aerobics, lap swimming and day camps, but not initially. “We want people to be able to come and have the experience of using it,” he said.

The new pool will have 6 lanes, but no adult swim time per se.

“By virtue of having swim lanes, there is some opportunity for adults to be segregated from the kids,” adding that they want to avoid the situation where 50 adults are in the pool while 300 children are sitting outside a half empty pool.

Instead, the pool use will be integrated, so seniors can use the pool at the same time as kids.

The pool will be ADA compliant, which contributes to its vast size. As a “zero entry” pool, it will be possible to walk from the pool deck to the pool’s full depth of 5.5 ft without steps or a ladder.

The bigger the pool, the more the lifeguards. Al Monelli, the head of Building Construction & Maintenance for Greenwich, estimated that the new pool would require five lifeguards on the deck instead of the two required by the former pool.

The pool complex will include a kiddie pool, splash pad and pool pavilion that will house restrooms, changing rooms, lifeguard station and a concession stand.

Byram Park itself is half in the VE (velocity) zone where there is risk of destruction from waves. The other half of the park is in a zone with a first floor height elevation requirement.

Pool construction is not taking place in the VE zone, which the exception of the gate house which is FEMA regulated break-away wall construction.

The original pool was a holdover from the Rosenwald estate. The salt-water swimming pool dated back to 1925. The spot of the former pool will become a grassy area.

There will be one gate for patrons, and, inside, residents can go to the beach or pool.

The design includes a separate filter building, which allows for a loading dock scenario to facilitate removal equipment in the winter.

There will be a pool building featuring a lifeguard station with separate lockers and shower, a first aid station with a separate bathroom and concession stand. 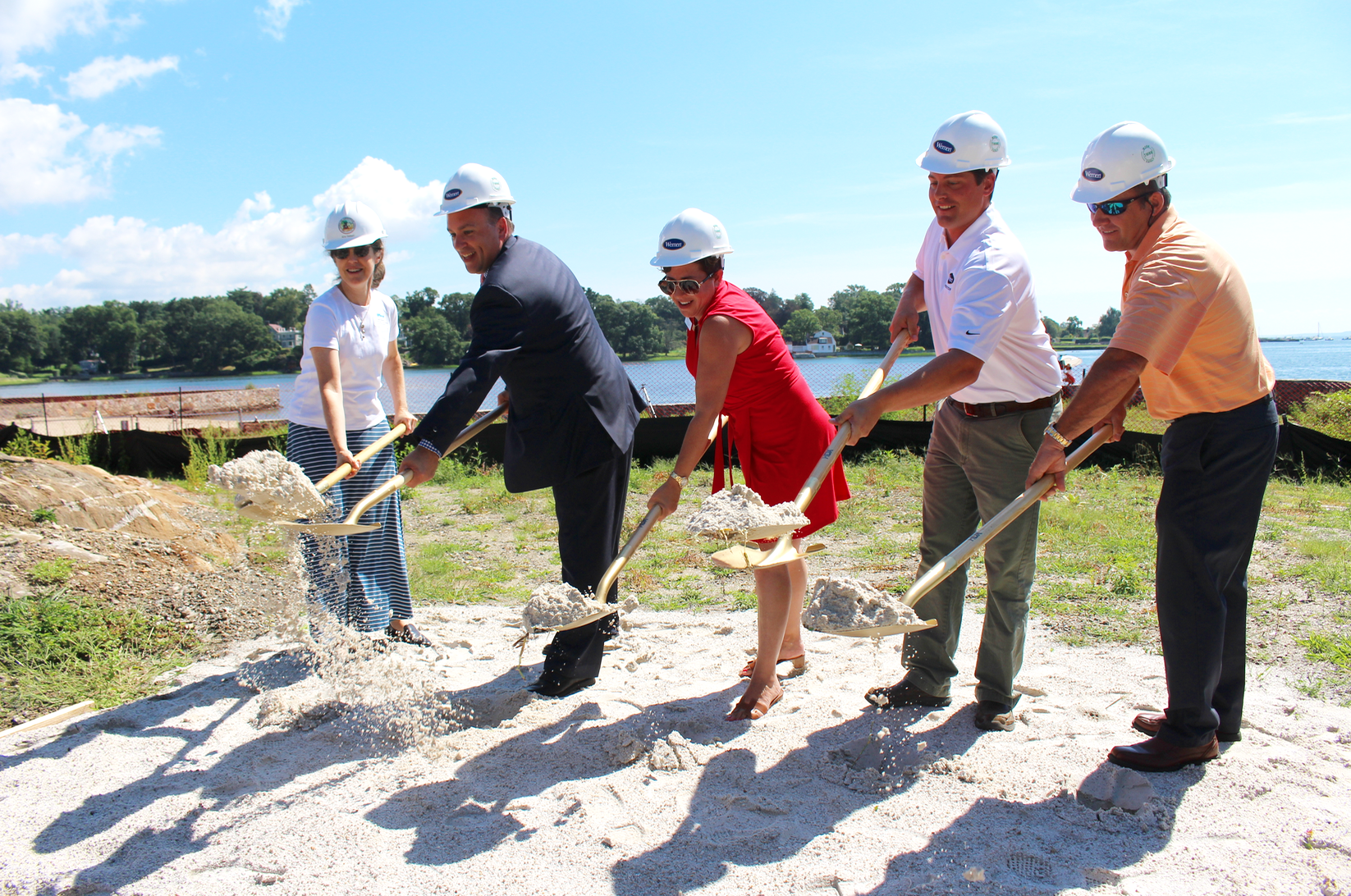 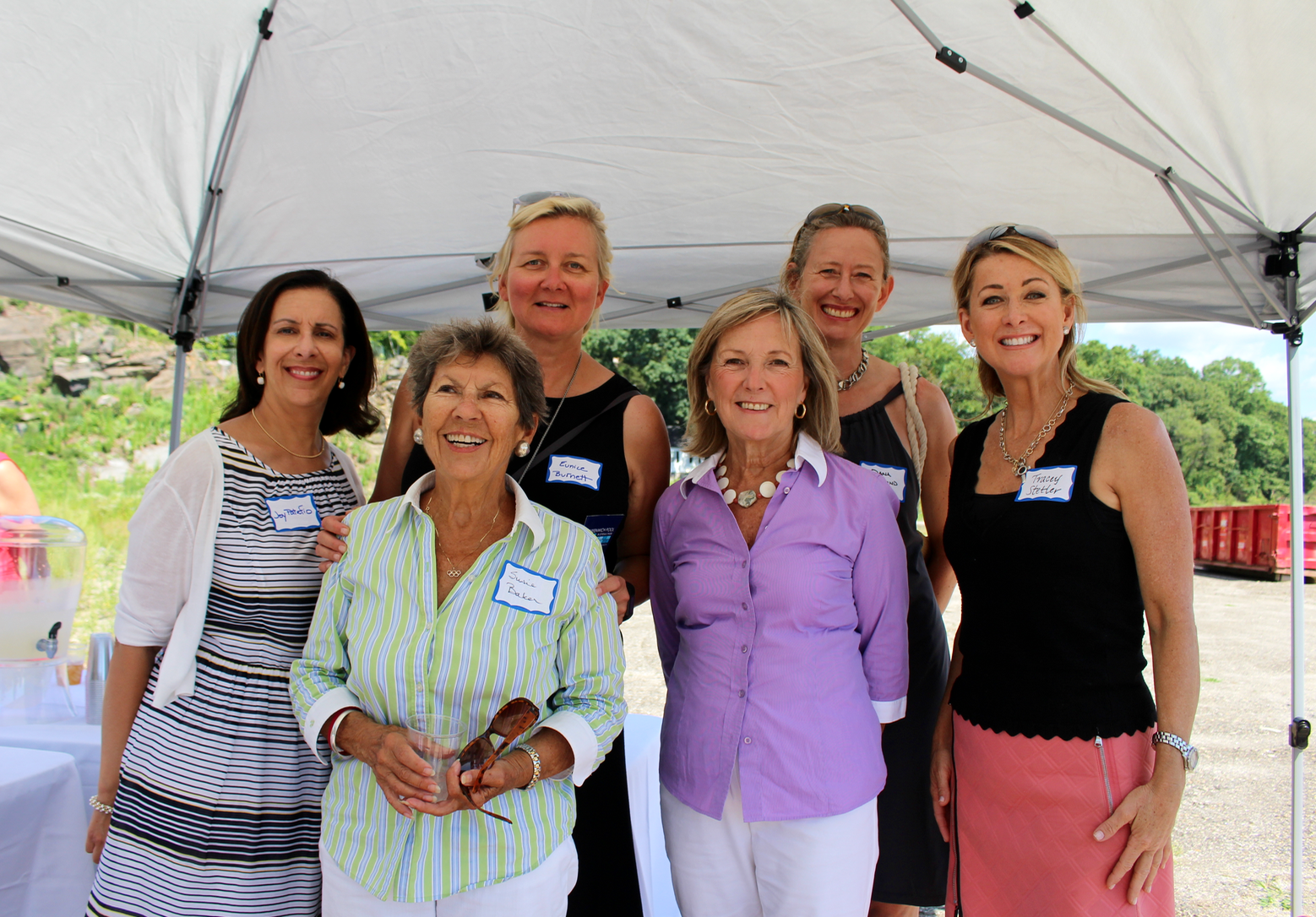 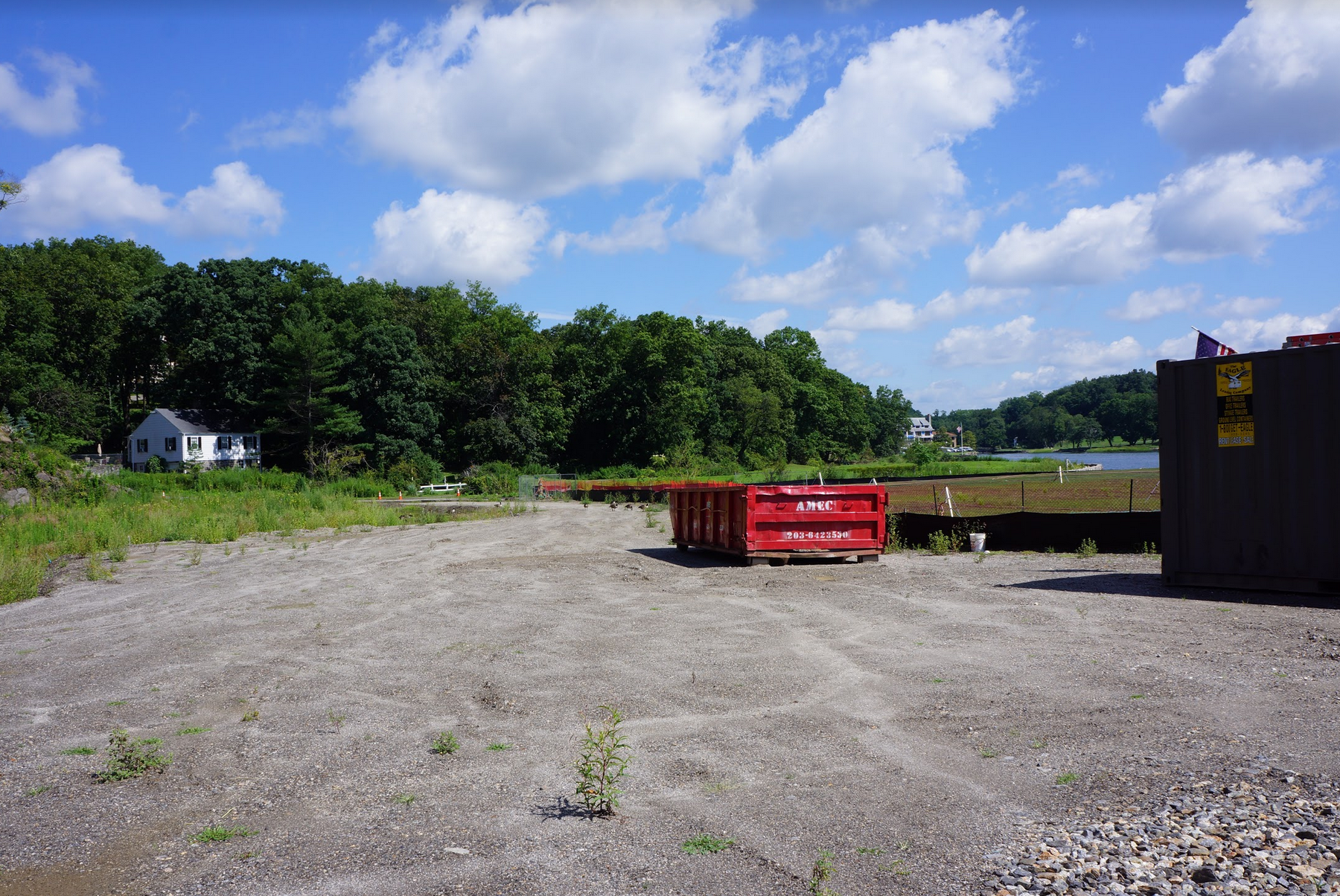 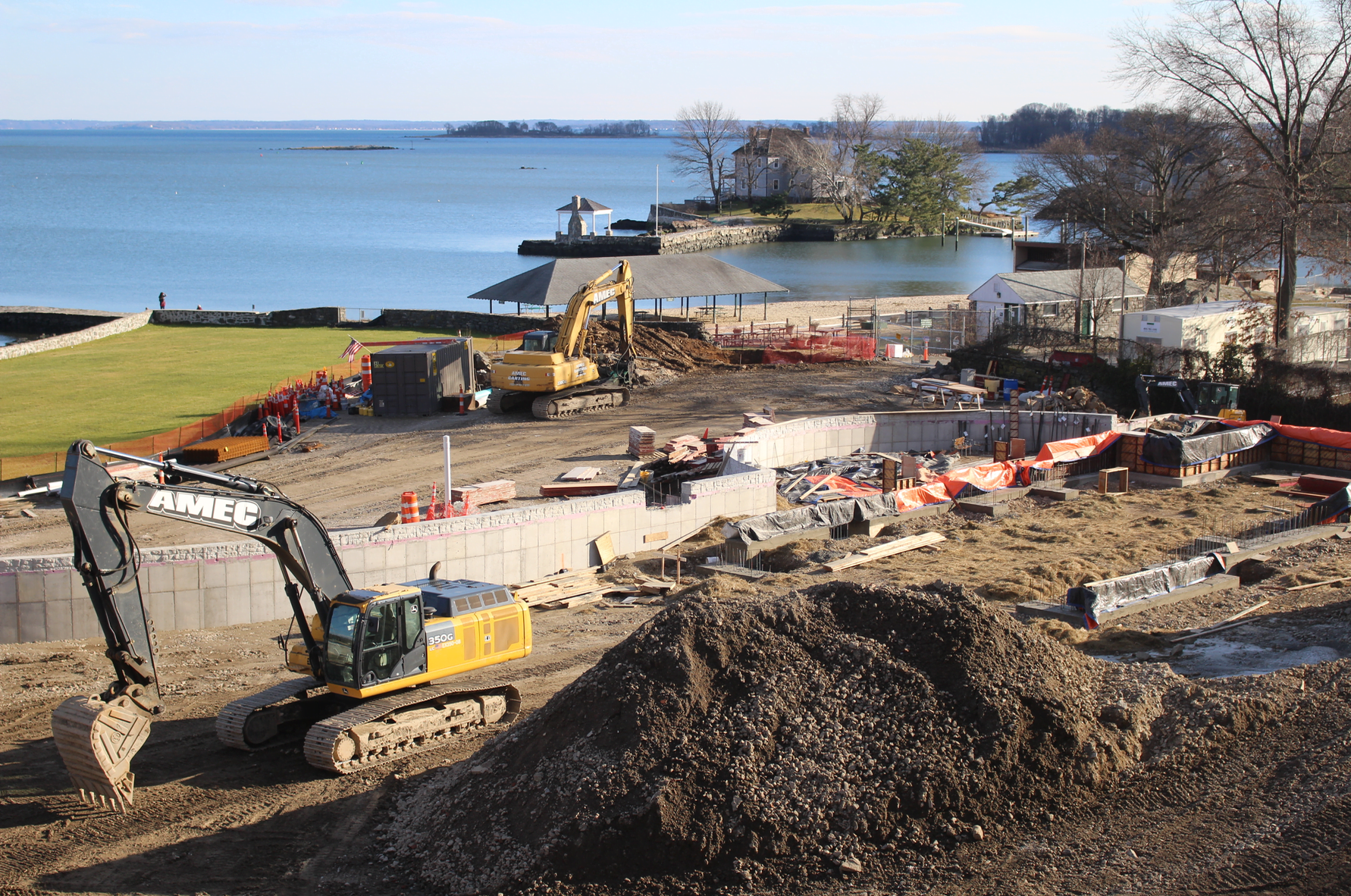 History of Byram Park
Ten of the 30 acres of Byram Park are comprised of land owned by the Rosenwald family and once held a large, private seaside residence, known as “The Anchorage.” When the town purchased the Rosenwald estate, it included a concrete salt-water swimming pool that dated back to 1925. The town operated that small pool until a couple years ago.

The site is also the location of the former Ritch family quarry. During the 1840s the quarry yielded a type of granite referred to as Byram Blue Point. Legend holds that the stone was used in the construction of the Brooklyn Bridge, the Statue of Liberty, as well as many other buildings and structures in New York. The quarry attracted stone workers from Italy, many of whom settled in Chickahominy.

The Town’s media library contains a history of Byram Park, including its gradual transformation from a private seaside estate into a public park. 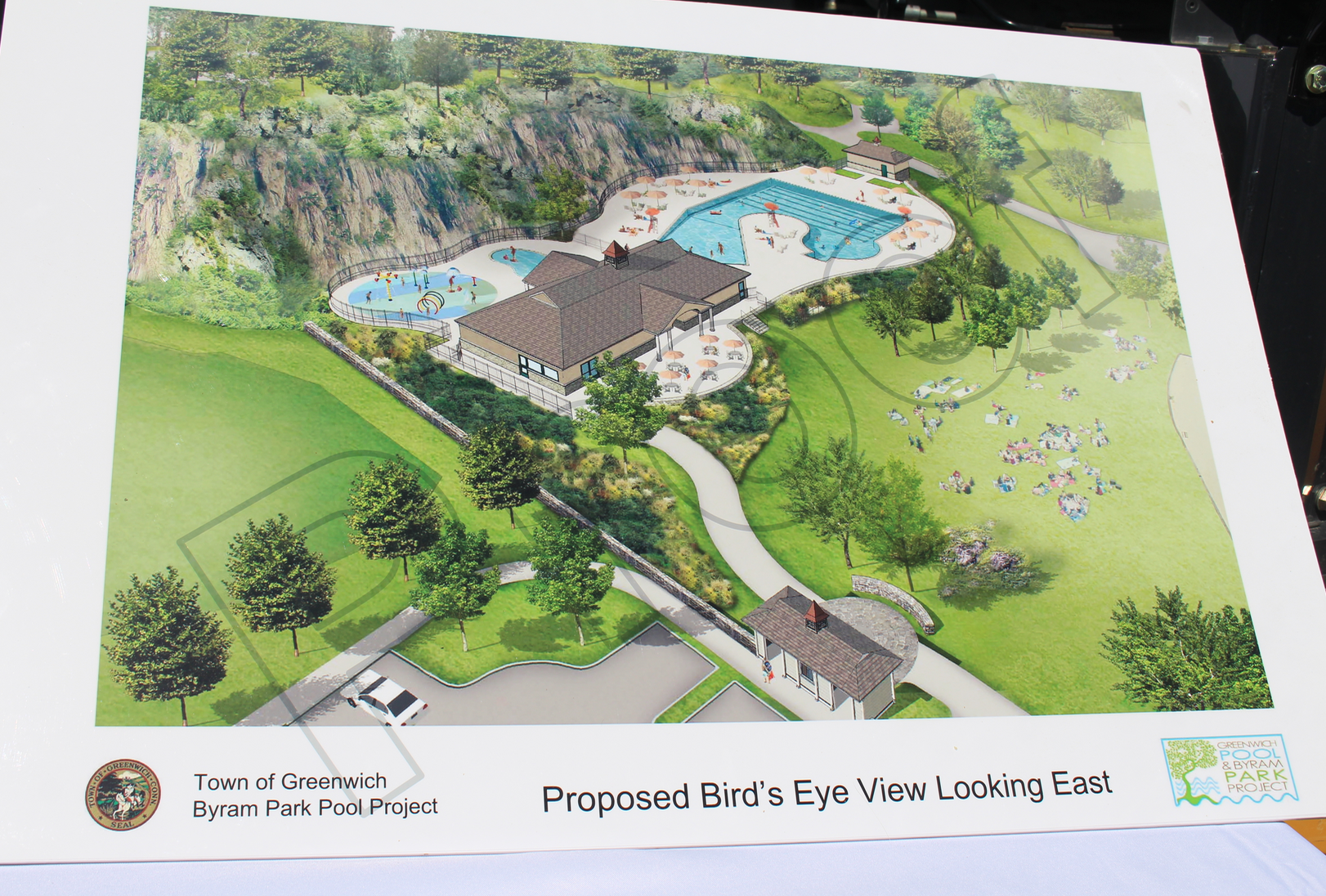