The National Weather Service is forecasting nice weather for the annual plunge into Long Island Sound at Greenwich Point. Specifically, plungers can anticipate partly sunny skies and a high temp of 43°

At the 2016 New Year’s Day event, $3,500 was raised for Kids in Crisis, Connecticut’s only free, round-the-clock agency providing emergency shelter, crisis counseling and educational programs for children and families.

This year, the organizer of the effort, Angela Swift recently told Greenwich Free Press that the plunge remains an unofficial fundraiser for Kids in Crisis and that she will again sell t-shirts and take donations for that non profit.

As in past years, hundreds will turn out, dressed in bathing suits, bathrobes and even snowsuits, at 12:00 noon for the dip. Again the Greenwich Town Party is providing donuts and hot cocoa.

Mrs. Swift, a competitive runner and triathlete who participated in the annual KIC Triathlon, said in years gone by, she had joined a loose group of triathletes who gathered informally on New Year’s Day for a dip.

When she was invited to join the KIC Triathlon committee, which met at the Kids in Crisis house in Cos Cob, she became passionate about helping the agency.

“It gave me an idea for a fundraiser for Kids in Crisis,” she said.  “I didn’t want to charge people, but thought people might want to buy a t-shirt.”

“It’s nice because a lot of people come early or stay afterward for a walk at the beach,” Swift said. 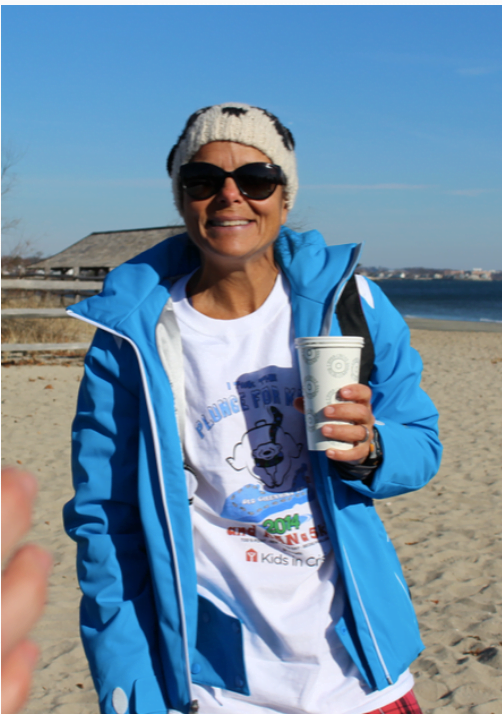 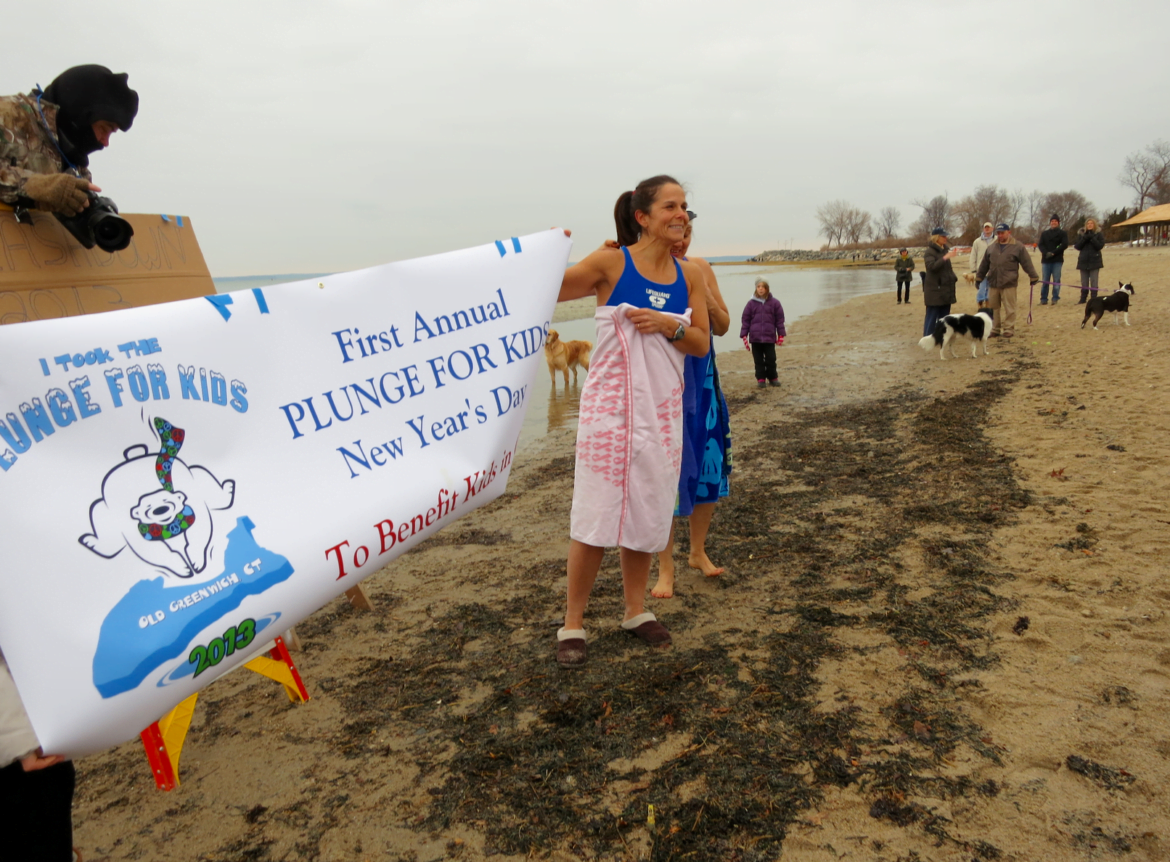 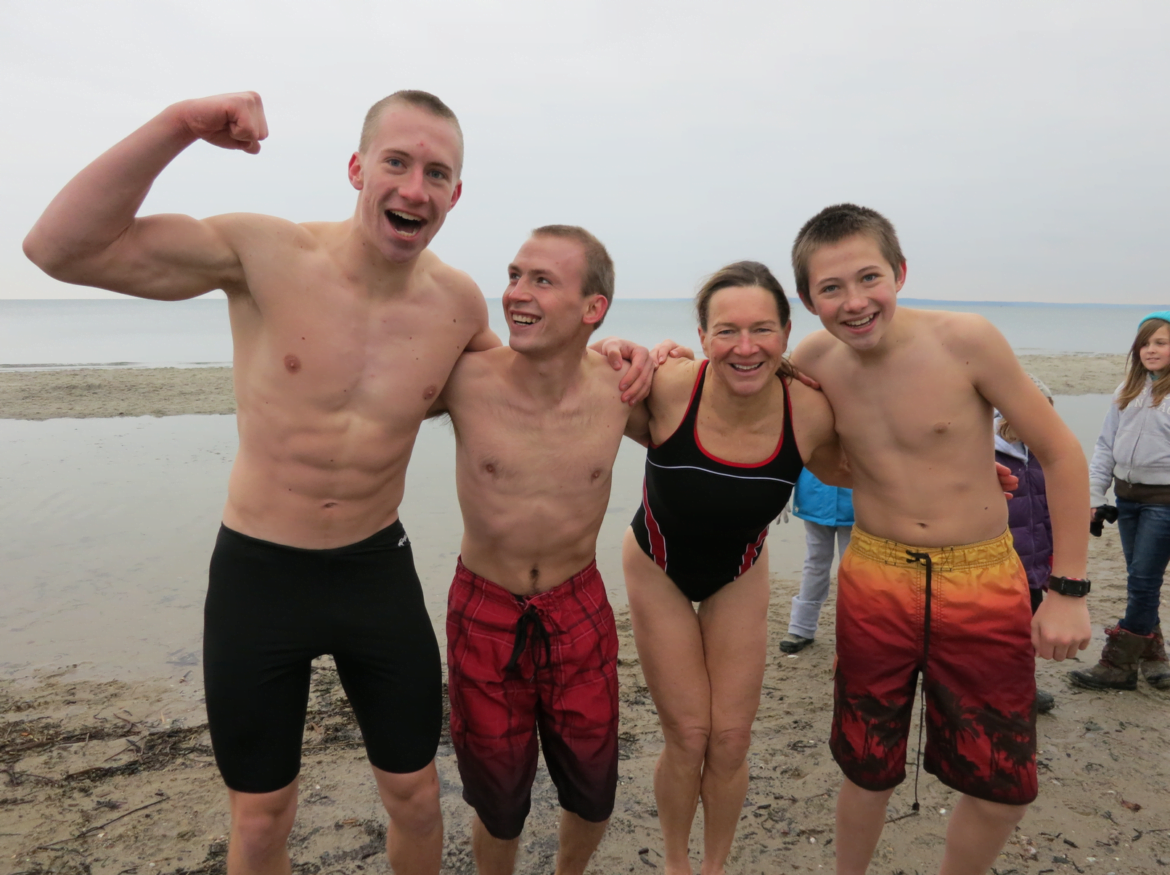