On Wednesday two dozen volunteers returned to Sam Bridge Nursery & Greenhouses for the second of a two-day effort to assemble a total of 121 jumbo baskets of holiday greenery that will grace Greenwich Avenue, Putnam Ave and Cos Cob later this week.

“The baskets have to be big, and we made the tails on the bows longer this year too, so that they can be seen by people driving by and pedestrians,” said the organization’s chair Mary Hull. 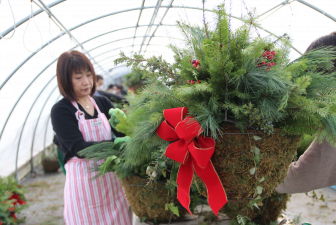 The hanging basket effort is co-sponsored by Sam Bridge and US Trust.

“Sam Bridge provides a crew to put up all the baskets, and takes them all down,” Hull said on Tuesday as volunteers arranged boughs of juniper, Douglas Fir, cedar and pine along with red bows and pine cones, adding, “They set up all the tables and provided this heated greenhouse. They’ve given us everything we need.”

Not only are the baskets a Greenwich Green & Clean tradition, but the bow making and greenery arrangeming are a tradition among Japanese women living in Greenwich. 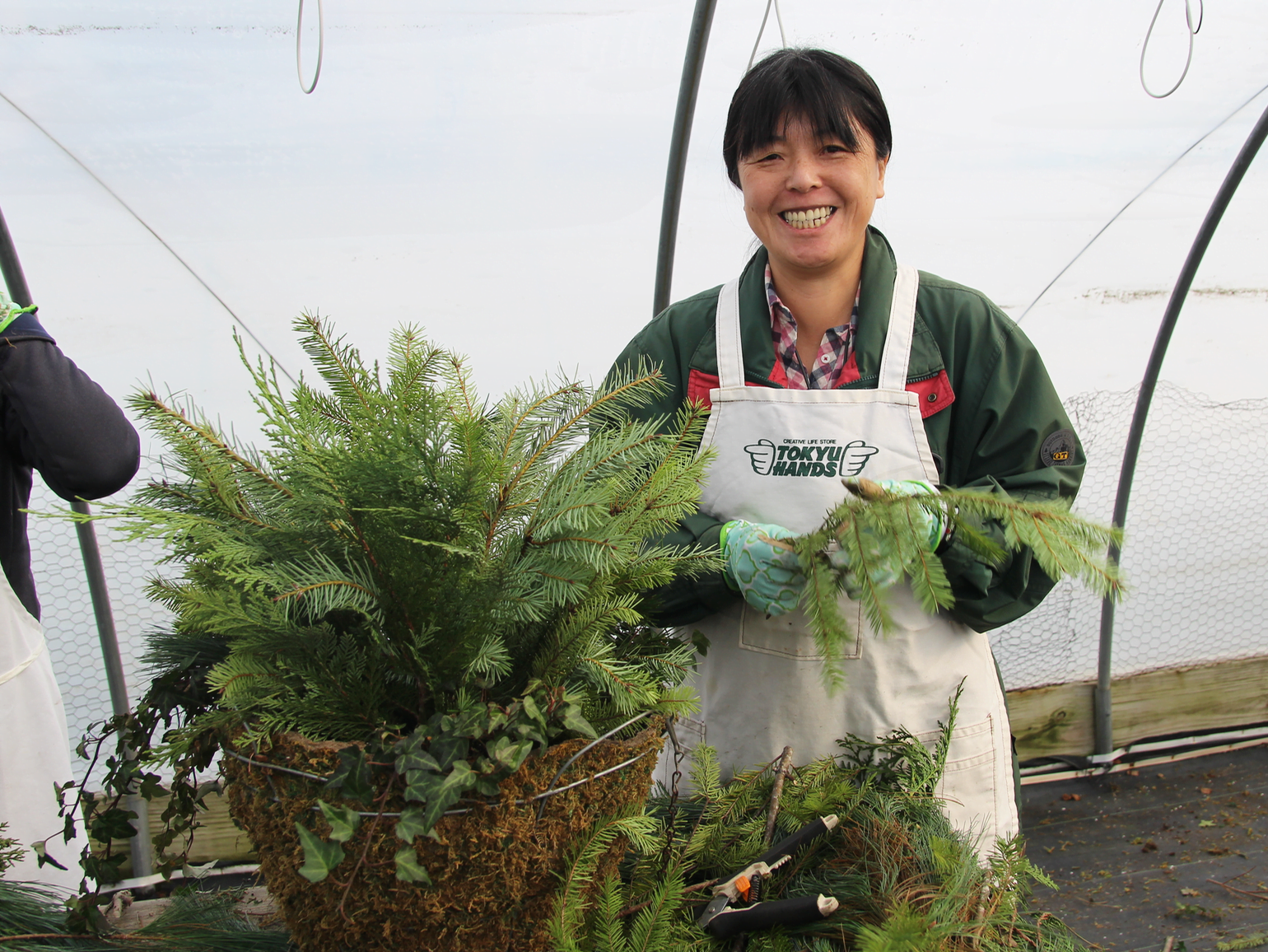 At Sam Bridge, Chieko Dunne said she has been volunteering to assemble baskets of greenery for 14 years. Nov. 28, 2018 Photo: Leslie Yager

The volunteers, some who are married to Americans and reside here permanently, others who will return to Japan after two or three years, all enjoy a chance to contribute to the community and have a chance to speak Japanese.

“We are able to keep the tradition going because the experienced volunteers bring in new volunteers,” said Kanako MacLennan, who is a Green & Clean board member and chair of the event.

MacLennan, whose main helpers were Satoko Fujikawa and Ami Koike, said that every year the number of volunteers grows. 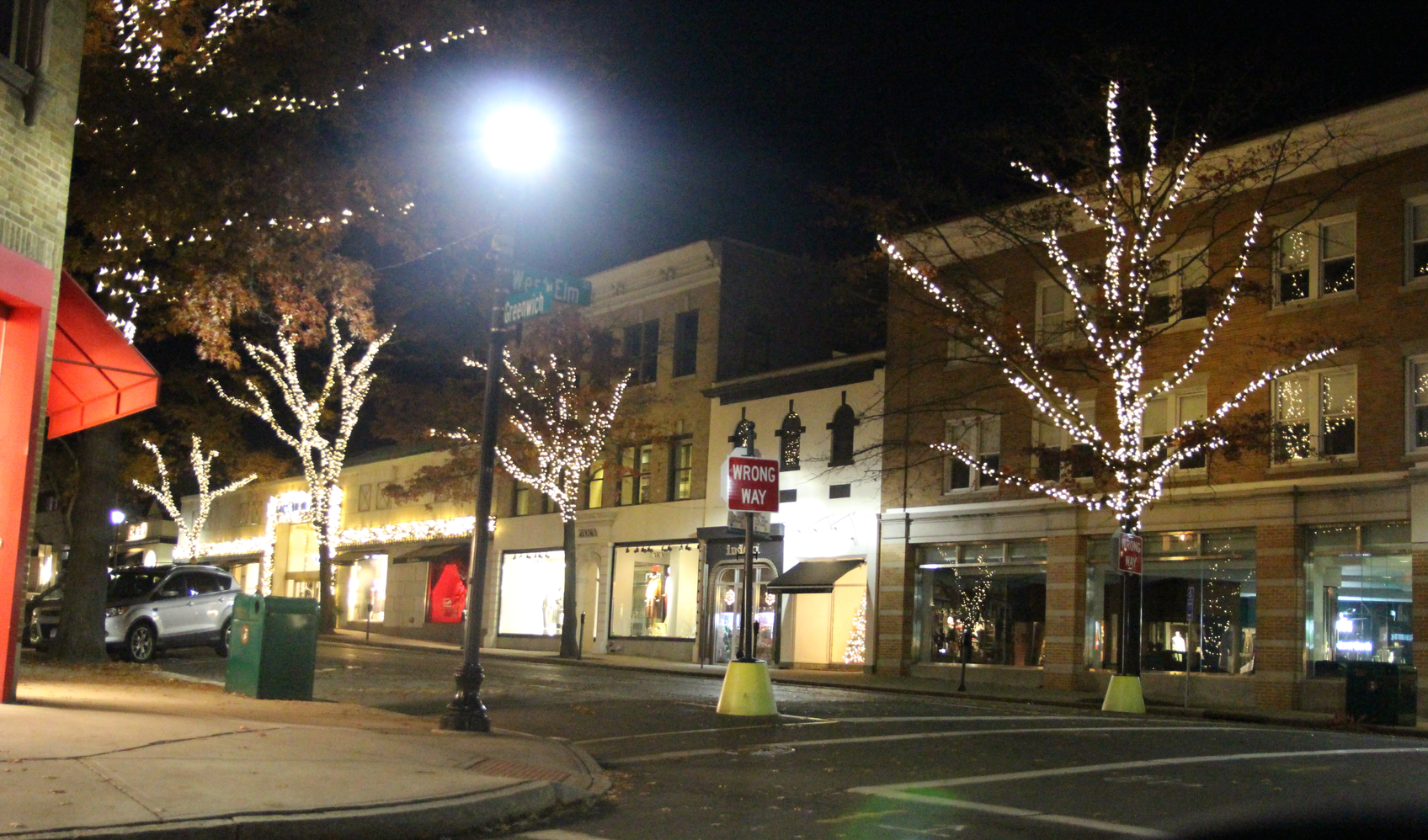 The baskets will soon compliment the twinkling lights in the trees along Greenwich Avenue. Originally, the lights project was overseen by the Greenwich Chamber of Commerce. Later, it was undertaken by Green & Clean.

This summer the Green & Clean board decided not to continue raising funds for the holiday lights, but, Hull said, Alyssa Keleshian Bonomo, the daughter of one of the founding members of Green & Clean, the late Harry Keleshian, has taken up the mantle this year, with early support from Rick Kral, owner of the Greenwich Water Club.

Green and Clean provided the LED lights, enough to illuminate 175 trees. The cost to put them up and take them down each year runs about $60,000.

Also, Green & Clean raised the funds for all the vintage looking lamp posts on Greenwich Ave.

Those lamp posts replaced the former “cobra head” lamp posts on Greenwich Ave. They also paid for the special hangers for the heavy baskets.

The charming lamp posts are owned by Eversource. 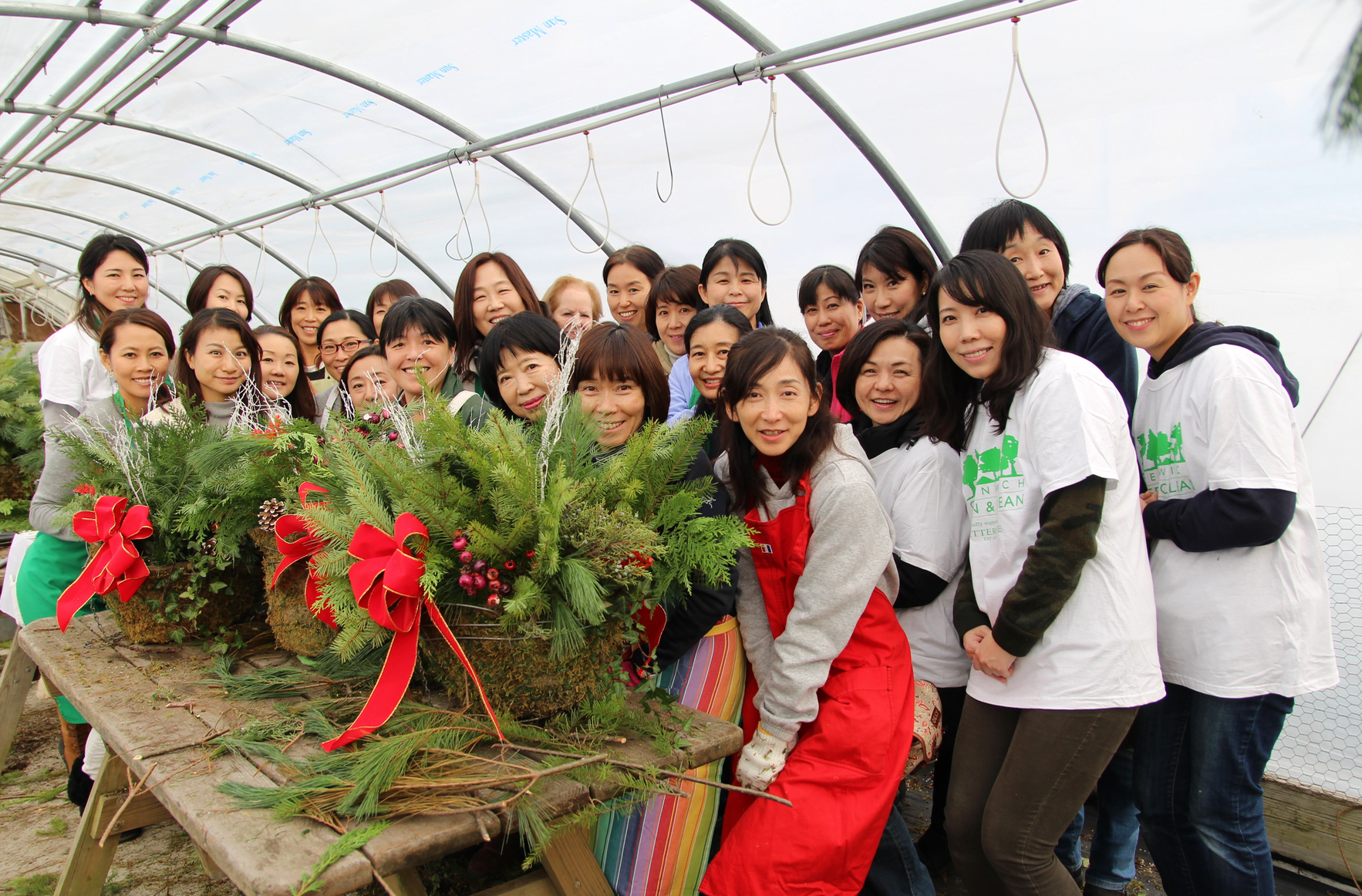