Members of the club, which originated at Central Middle School and migrated to GHS, said that at the same point in the collection a year ago, there were fewer items.

“Dr. Winters did an email and phone blast last night to remind everyone,” said Zahir Maheia, one of the club’s four leaders. “That helped a lot.

“I’ve done this drive for three years and we try to remind students that their individual actions d0 make a difference,” said Rene Jameson. “That is a reminder of the words  of Jane Goodall.”

“It’s important especially Greenwich was so impacted on September 11th,” Rene said, adding that another theme of the club is to reduce, reuse and recycle. Toward that end, the club is carefully putting aside paper and plastic bags that can be re-used, with many going to Adopt-A-Dog. 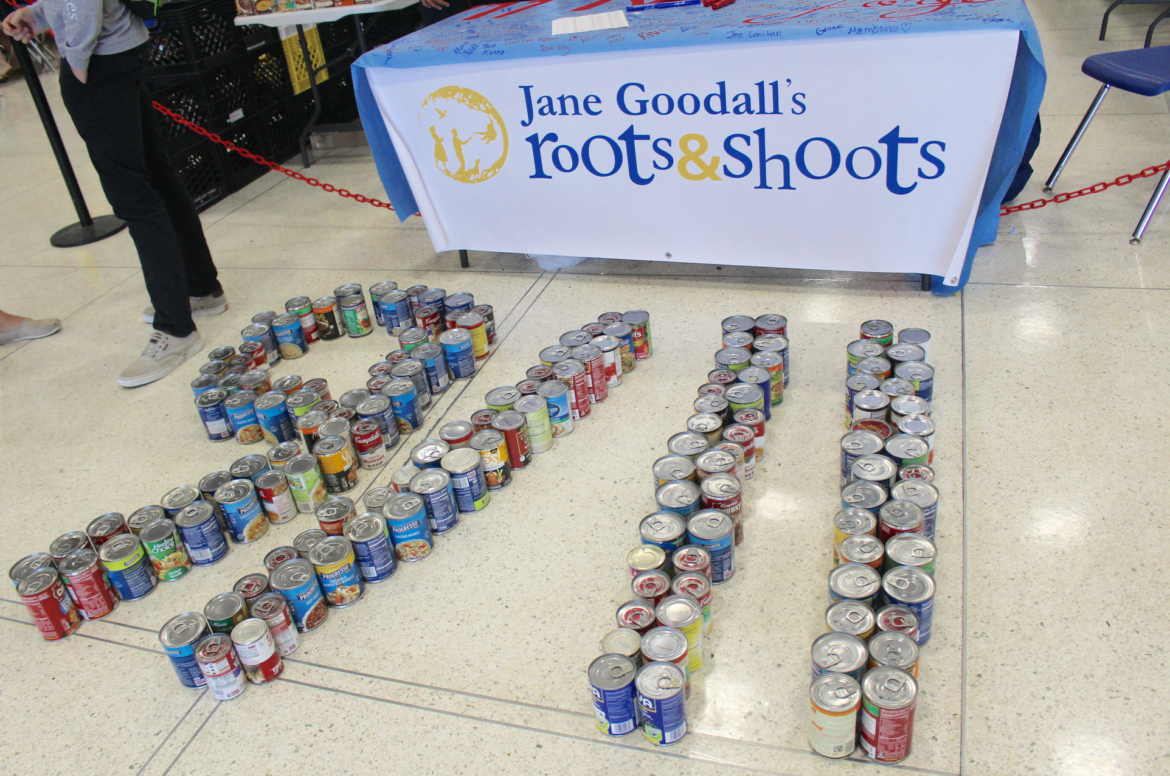 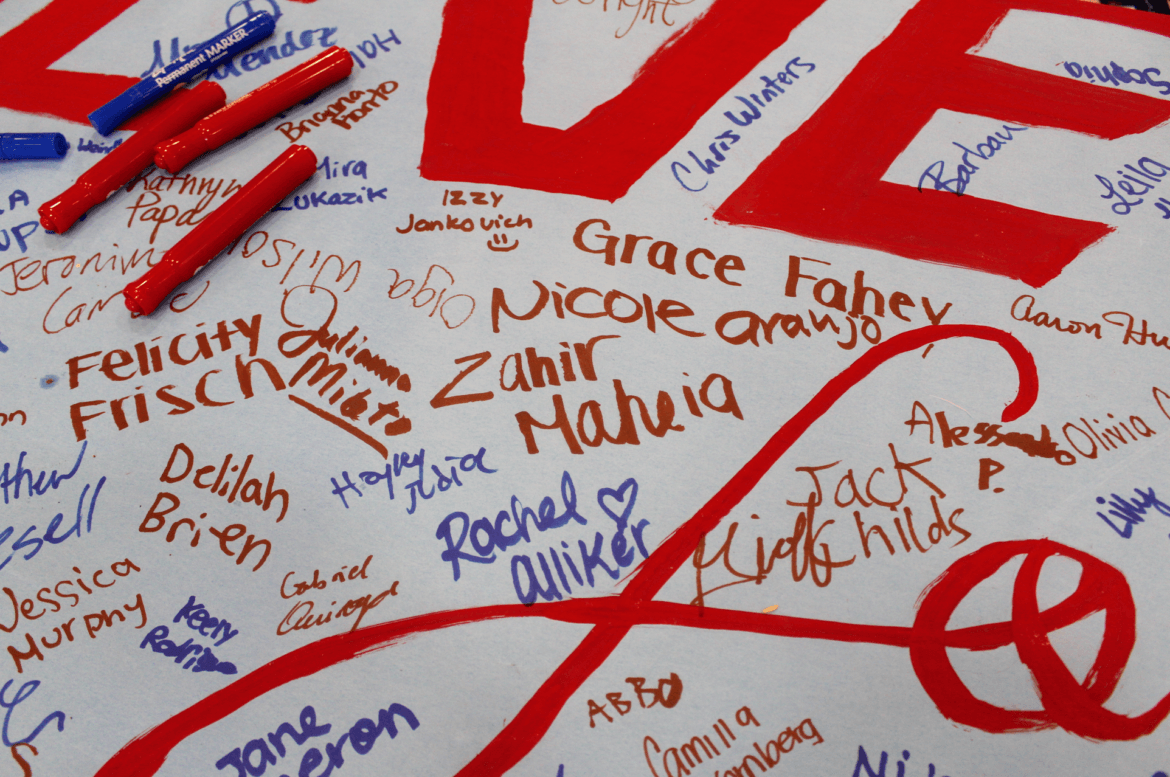 All morning long students, staff and even parents streamed into the student center with bags of canned foods and non-perishables. The idea was to mark the anniversary of the national tragedy by aiding with a day of service. In this case the ideas was to aid those less fortunate in the Greenwich community by collecting food.

According to the Roots & Shoots Club advisor Kathleen Mendez, if there are people in the community who didn’t find out about the drive in time to donate, they are welcome to drop off donations in the student activities office throughout the week. 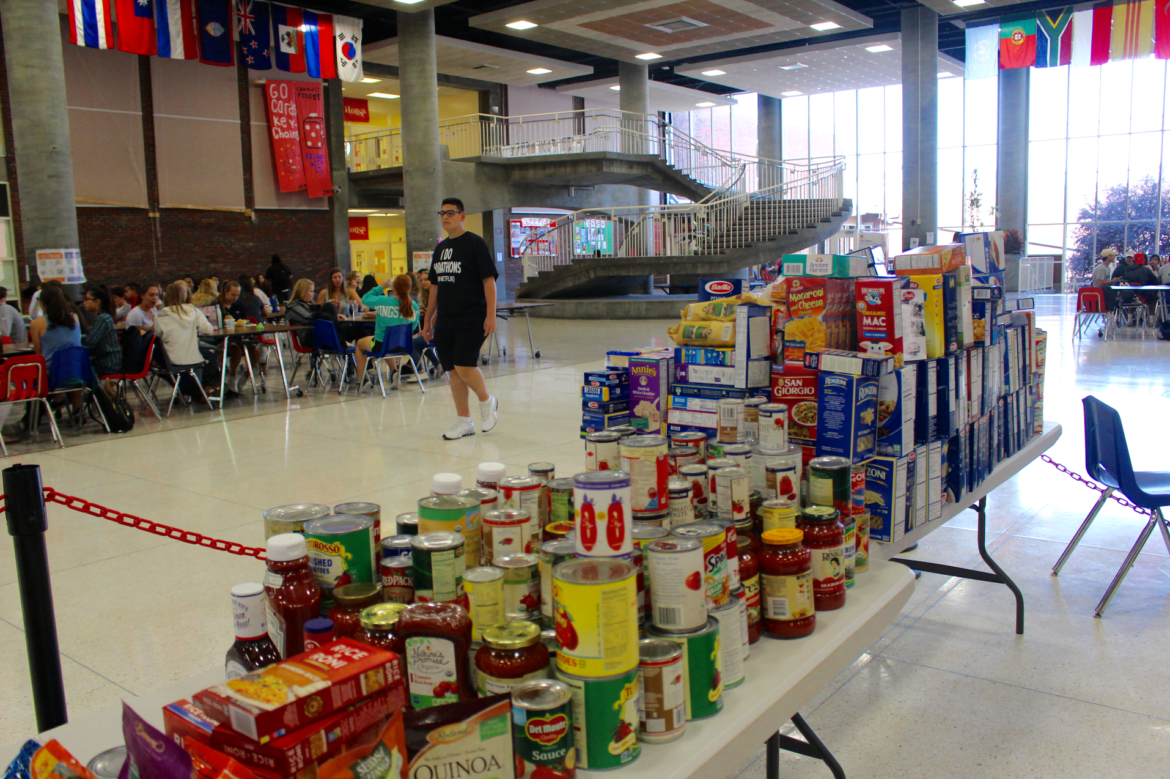 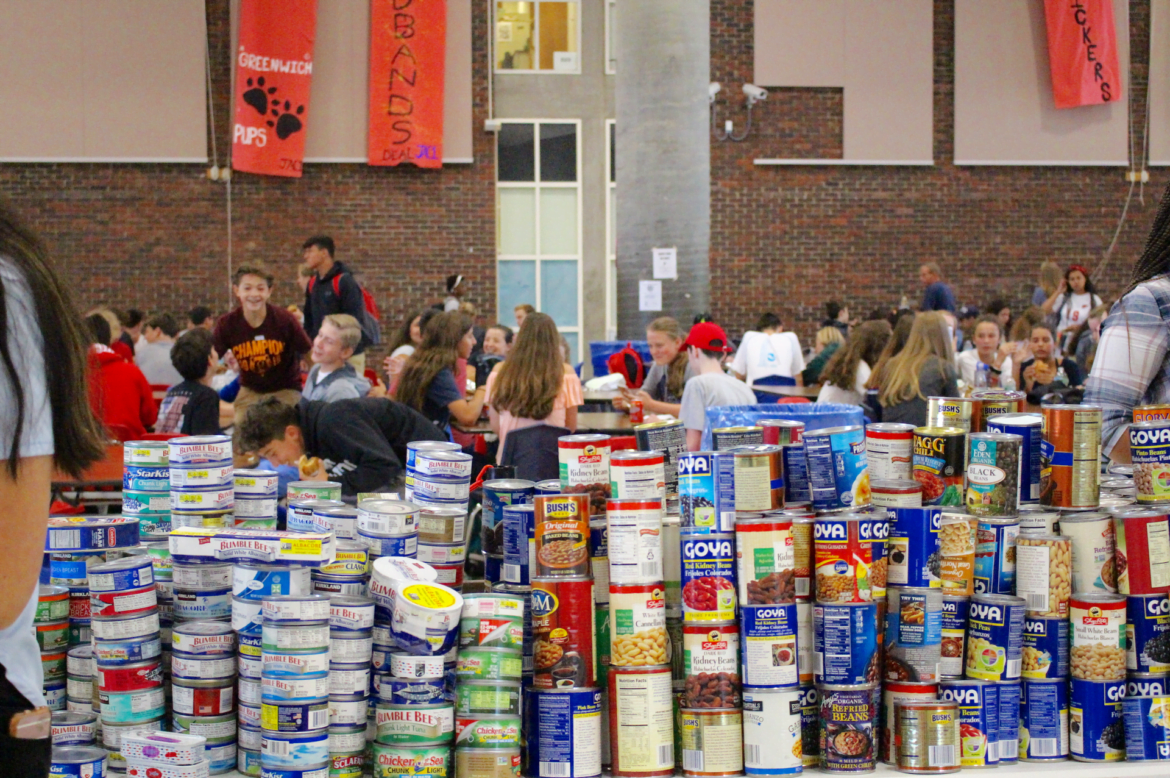 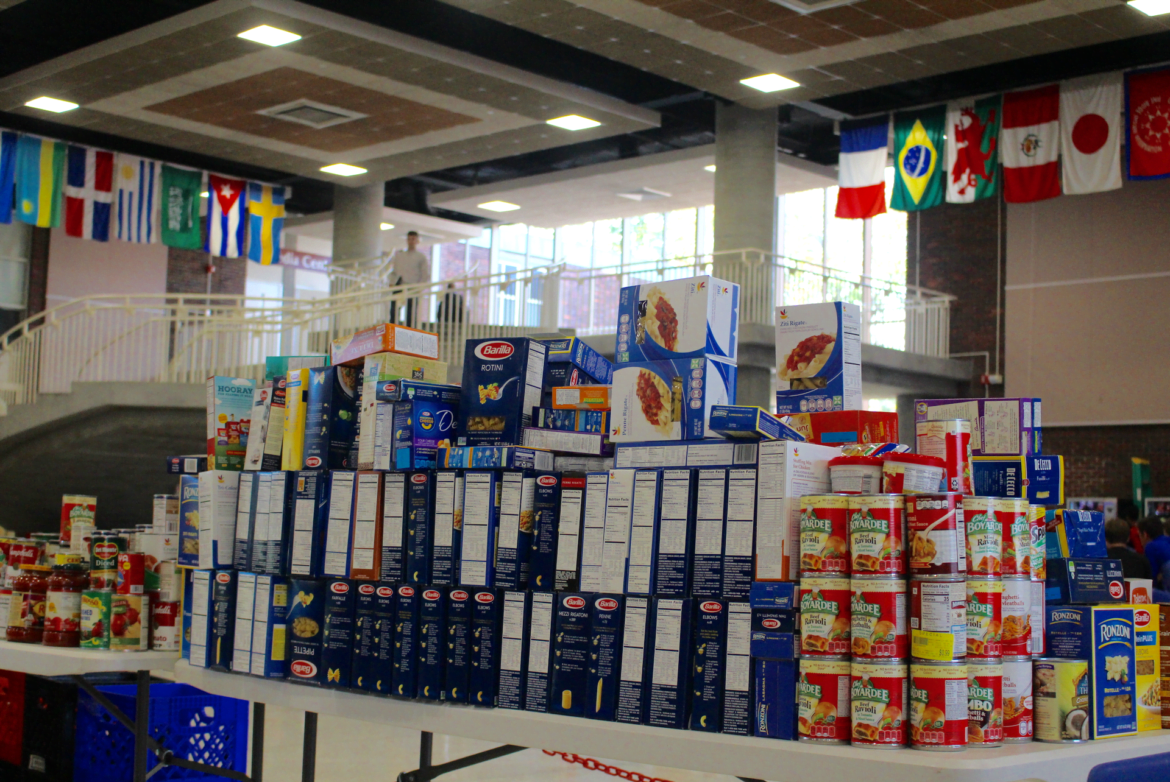