On Sept 7, a stunning new show was revealed at Flinn Gallery’s opening of Memory of Place, as each artist addressed, in his own way, the import and fragility of structures which house more than our physical selves, they contain some of our most important memories. The exhibit runs through October 18, 2017. 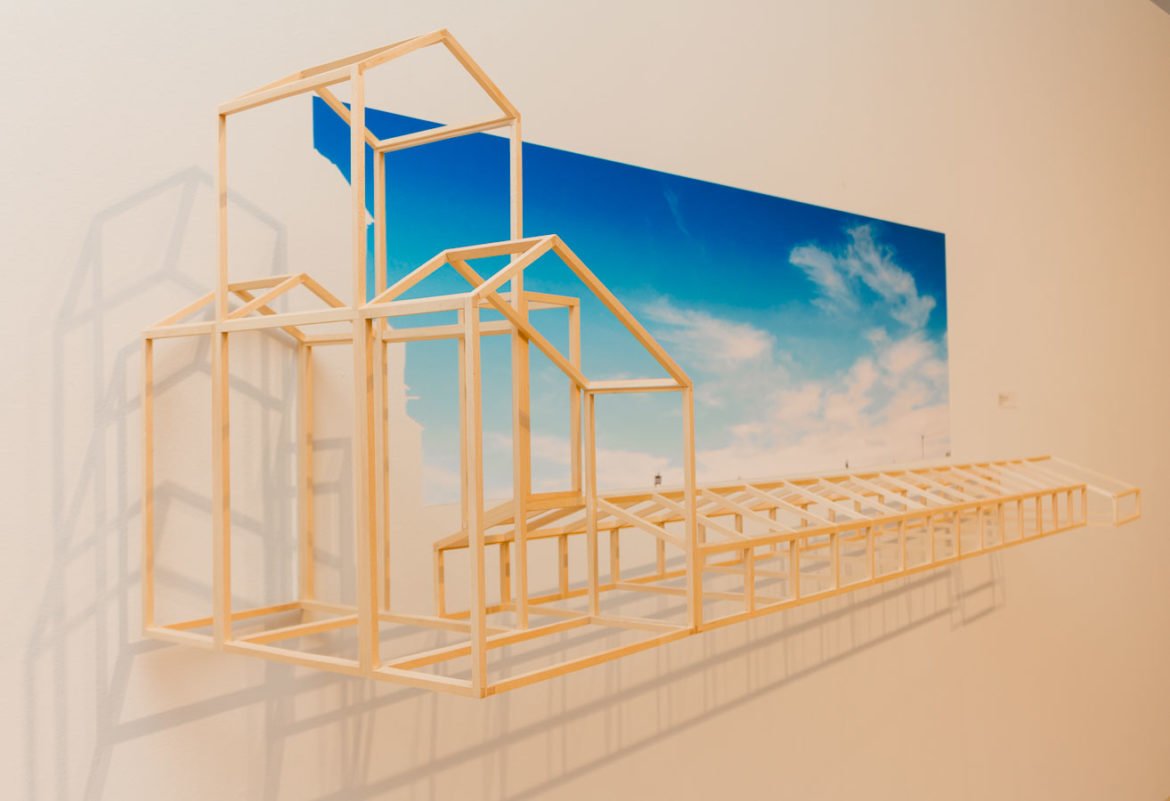 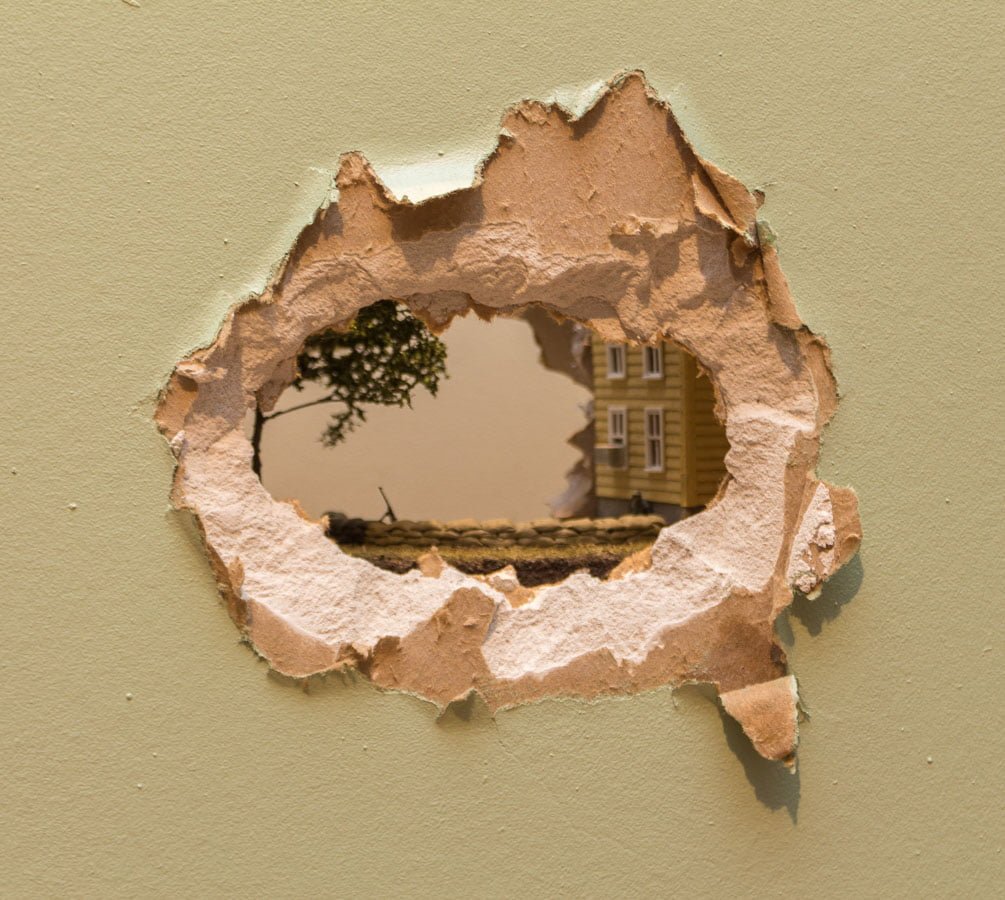 With both artists in attendance, Frank Poor and Thomas Doyle expressed the meaning of their works, mostly in dramatic size and scale.

Poor’s work presents a powerful and poetic exploration into the way architecture, landscape, memory change perception. He travels around, photographing various architecture from pedestrian points of view. He takes these simple, perspectively-specific images and manipulates them digitally so that they can describe the forms on three-dimensional structures.

Quaint scenes from suburbia are smashed into smithereens, characters are caught mid-homicide, and the front lines of military conflicts weave through. 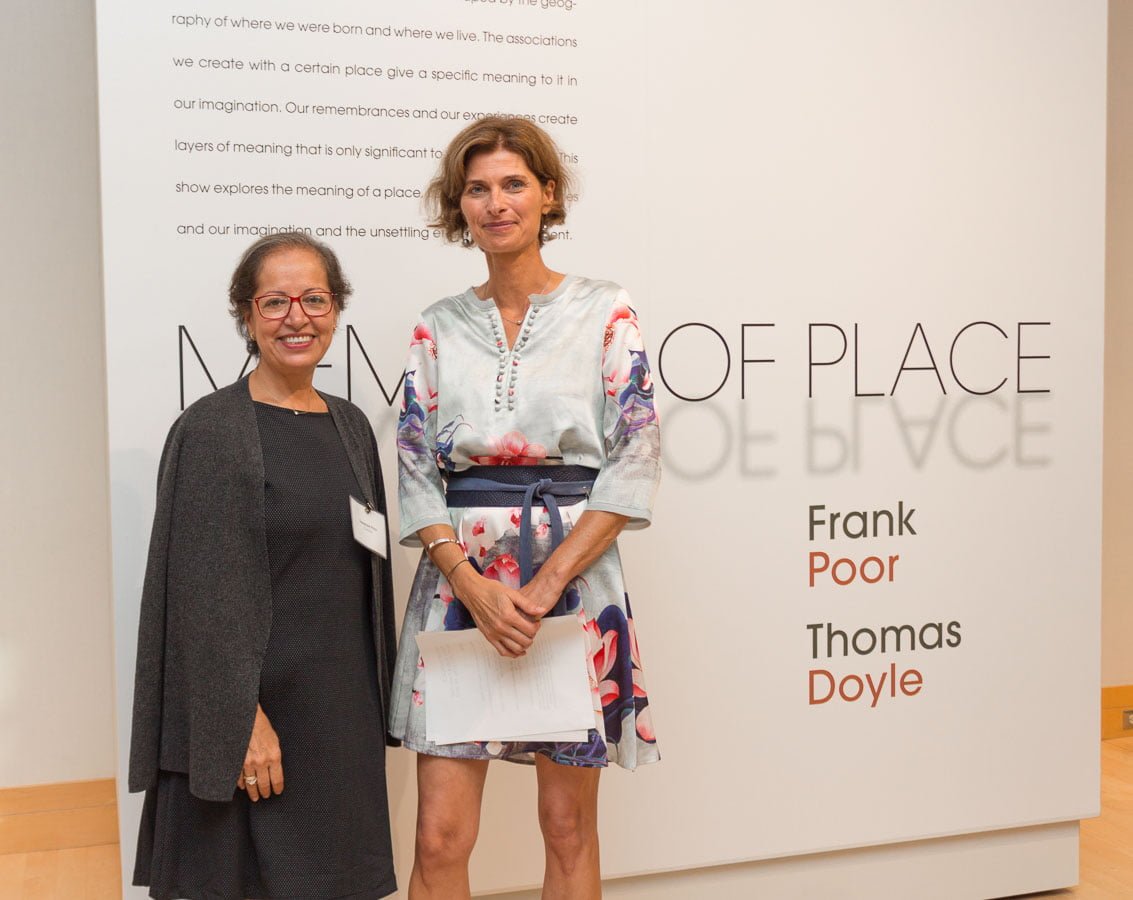 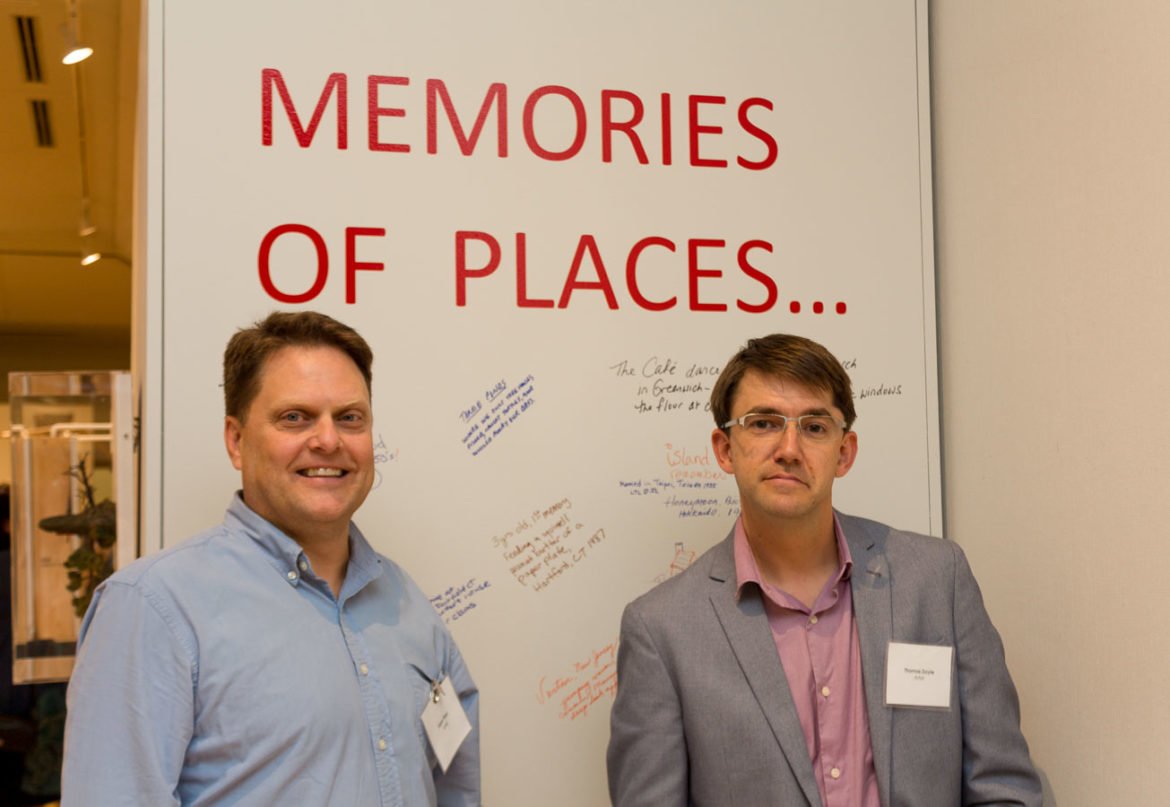 In contrast to Doyle’s compressed domestic worlds, Poor’s are larger and modern in execution. Both deal with the slippery relationship between our experience of the world and the way we sift and color it in our recollections. 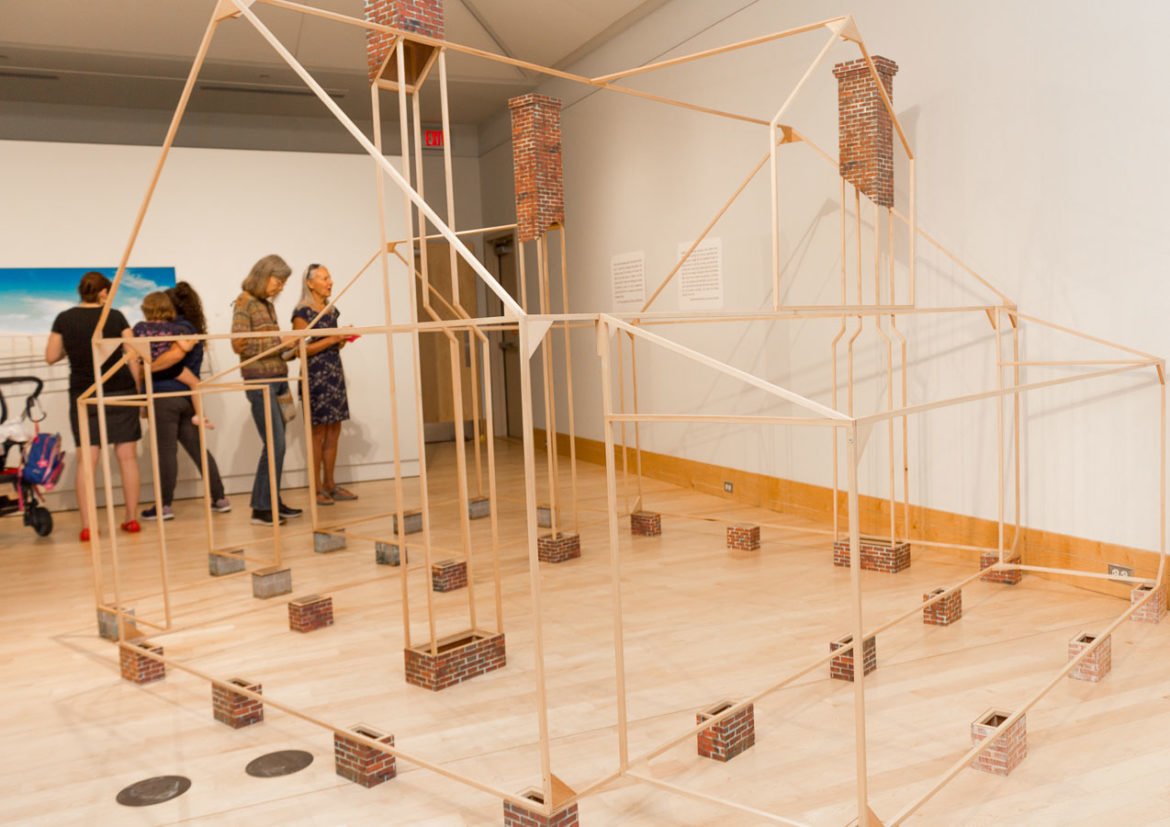 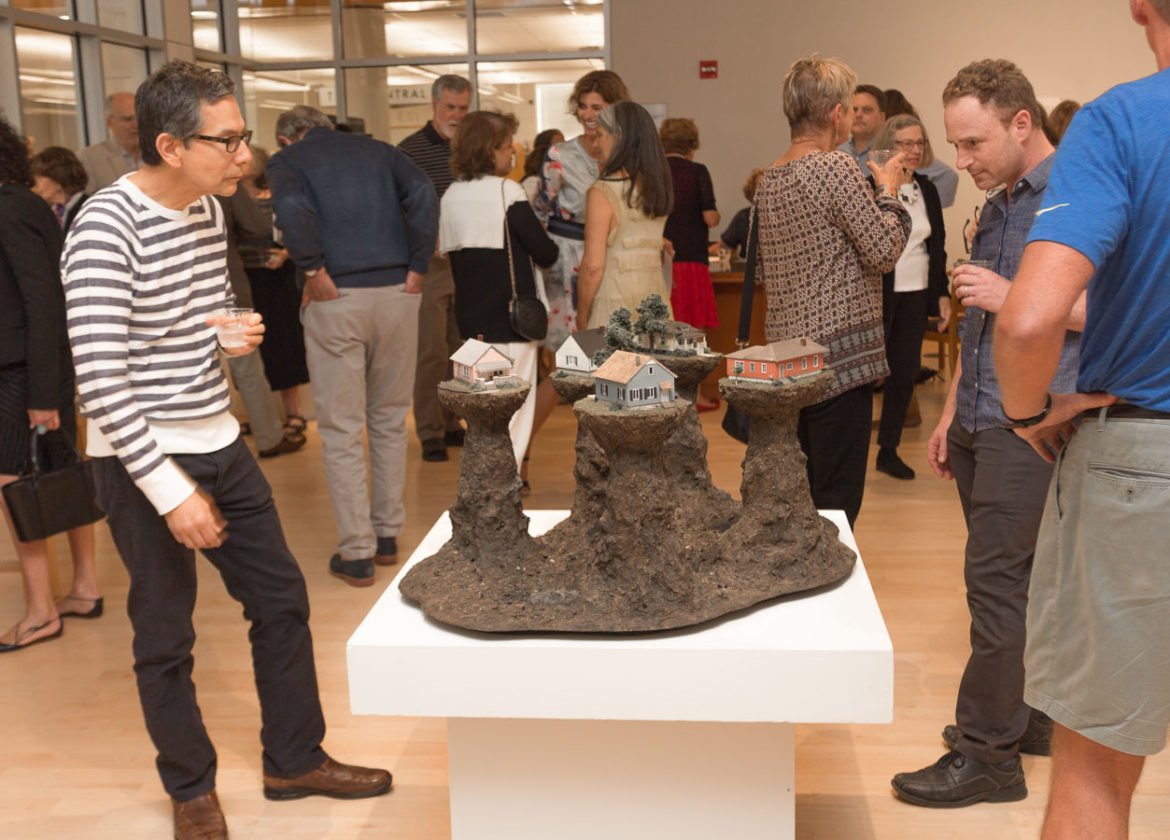 Contrarily, the private intensity of moments rendered in such a small scale draws the viewer in, allowing for the intimacy one might feel peering into a museum display case or dollhouse. These works wait for discovery, each a lasting record of human memory.

Architecture, Poor says, has always served as a powerful visual metaphor. “There are inaccuracies of memories which houses seem to absorb,” he explained.

“Memories are warped, my work mines the debris of memory through the creation of intricate worlds,” said Doyle.

In contrast to Doyle’s compressed domestic worlds, Poor’s are larger and modern in execution. Both deal with the slippery relationship between our experience of the world and the way we sift and color it in our recollections. 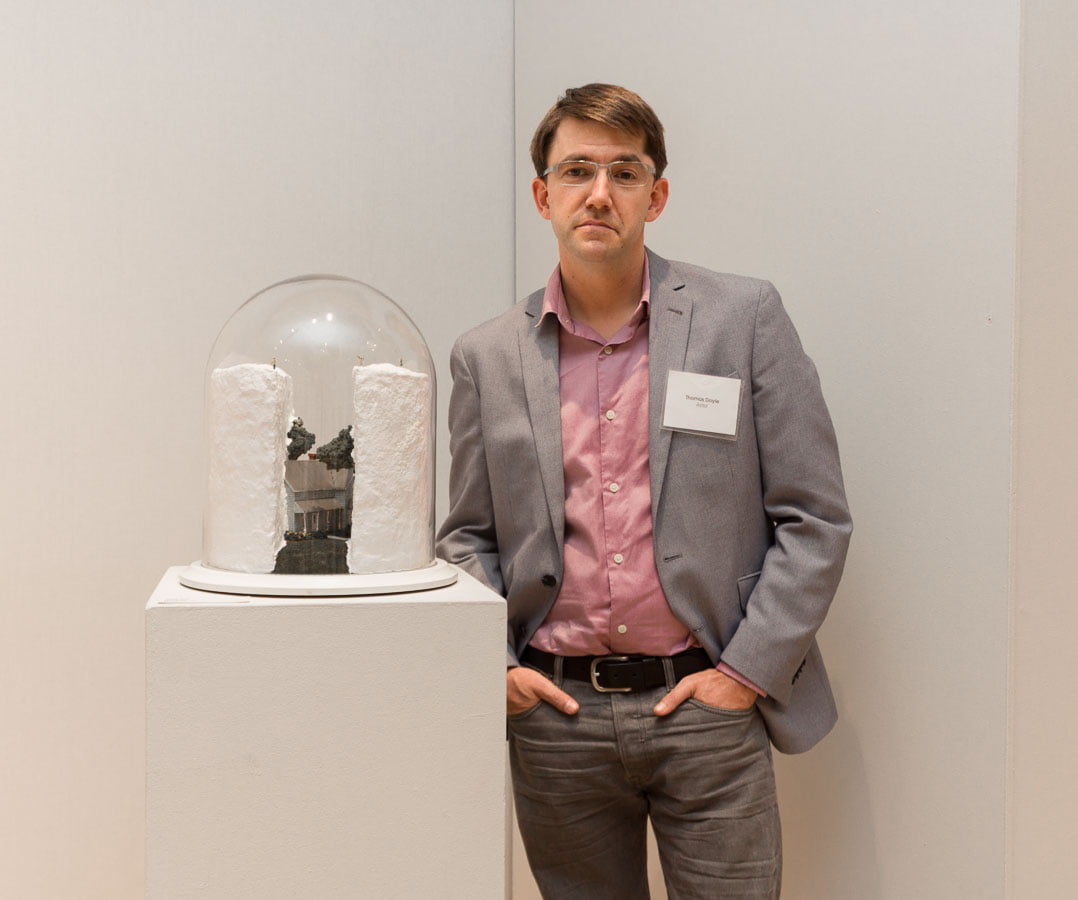 Thomas Doyle, a graduate of Humboldt State University in California, constructs miniature worlds which tend to elicit unbidden memories. Doyle’s intimately scaled works, often displayed under glass domes, distort reality as if one were looking through a warped and dream-like lens.

Suburban New England homes and families’ interactions around them are frozen in time.  Ready to topple into sinkholes or pushed to the brink, these environments and those who dwell in them are both oddly familiar and ominous. The narrative remains ambiguous and viewers must tease out their own stories. 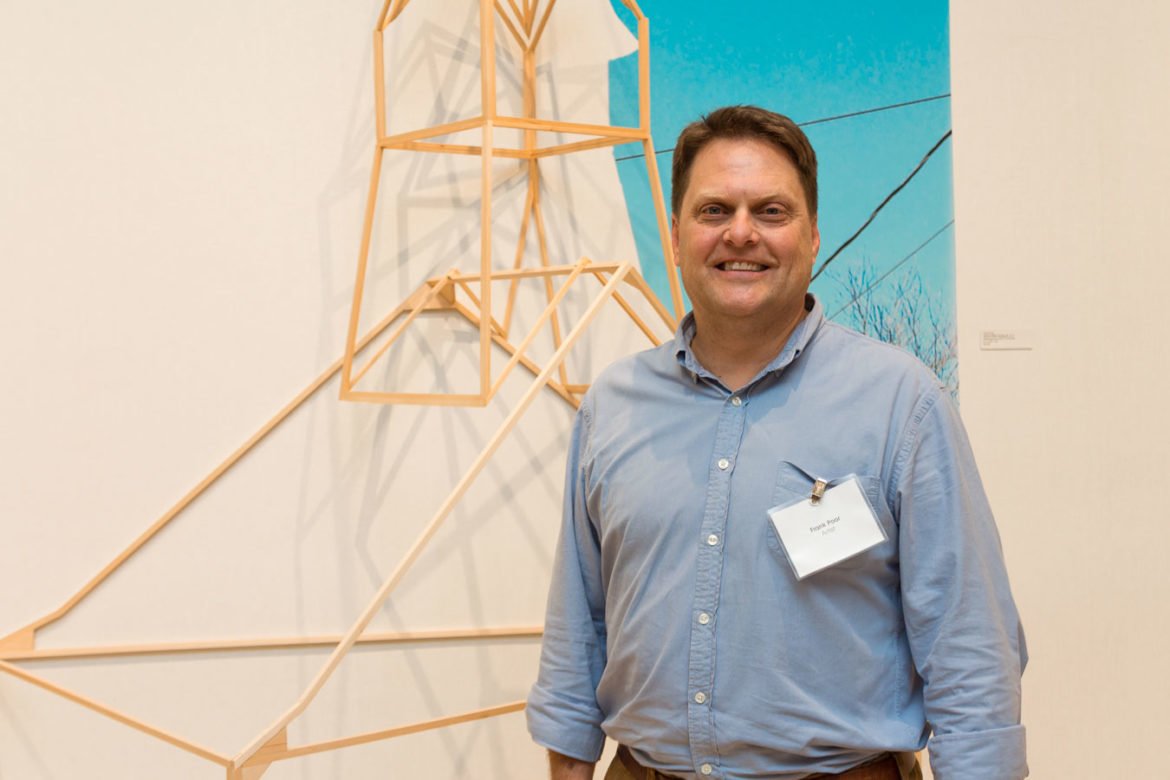 Frank Poor, a graduate of the Rhode Island School of Design, wanders the rural south photographing local architecture that has been impacted by the population boom. Poor transfers his images of homes and businesses onto Plexiglas and, working with aluminum and wood veneer, he assembles the pieces into three-dimensional structures. In the gallery, the buildings appear ethereal and somewhat dislocated, separated as they are from their history and context. Poor’s pieces are like an homage to a time and place that has disappeared from rural communities. 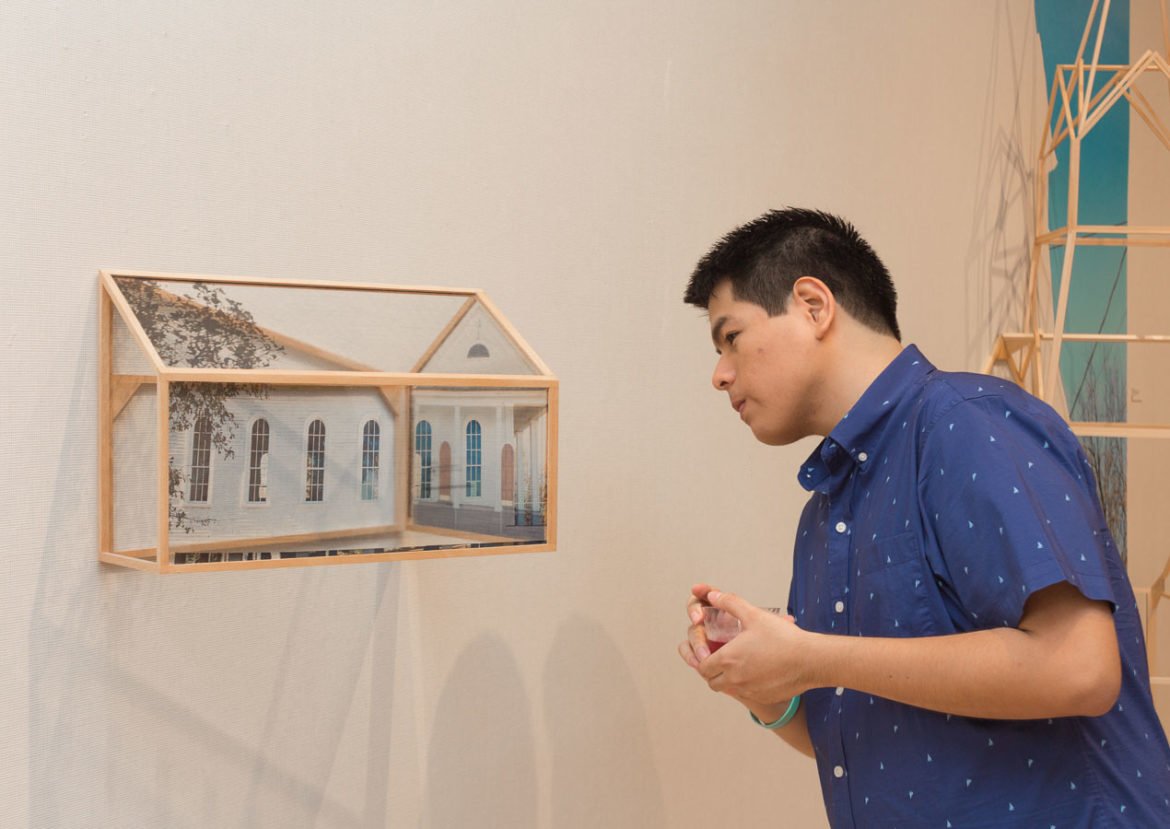 A closer look at a work by Frank Poor. Credit: Karen Sheer 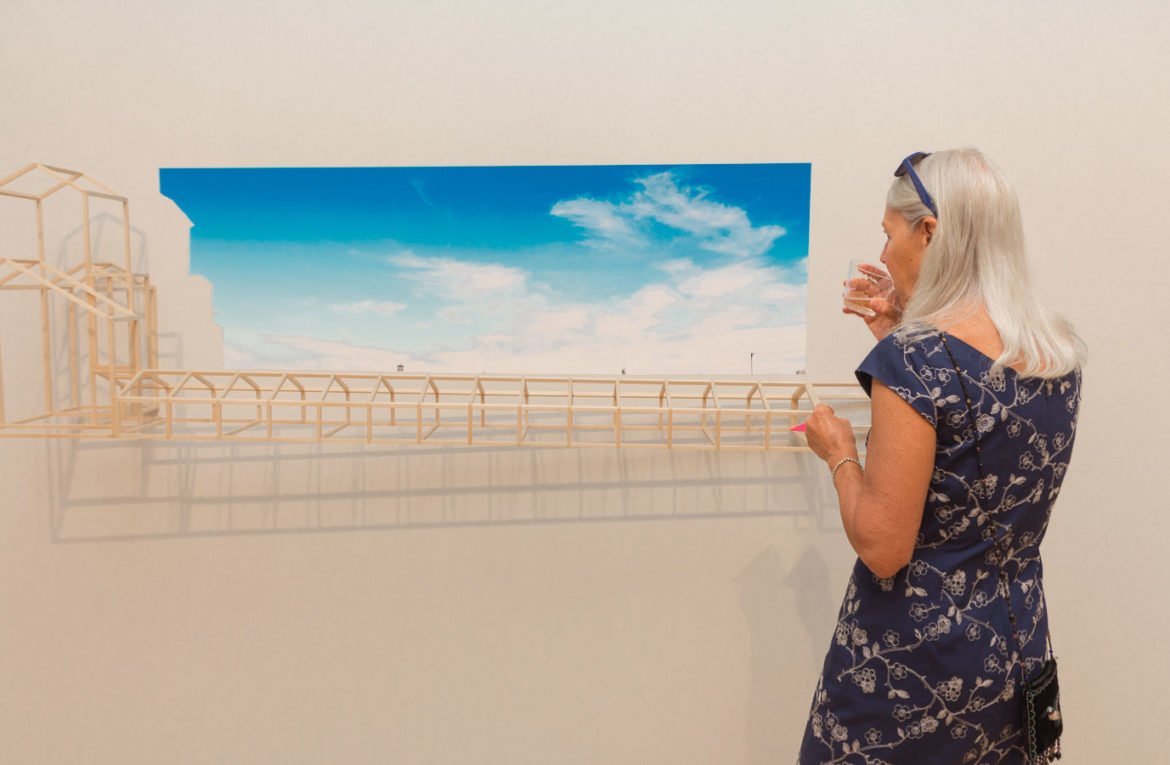 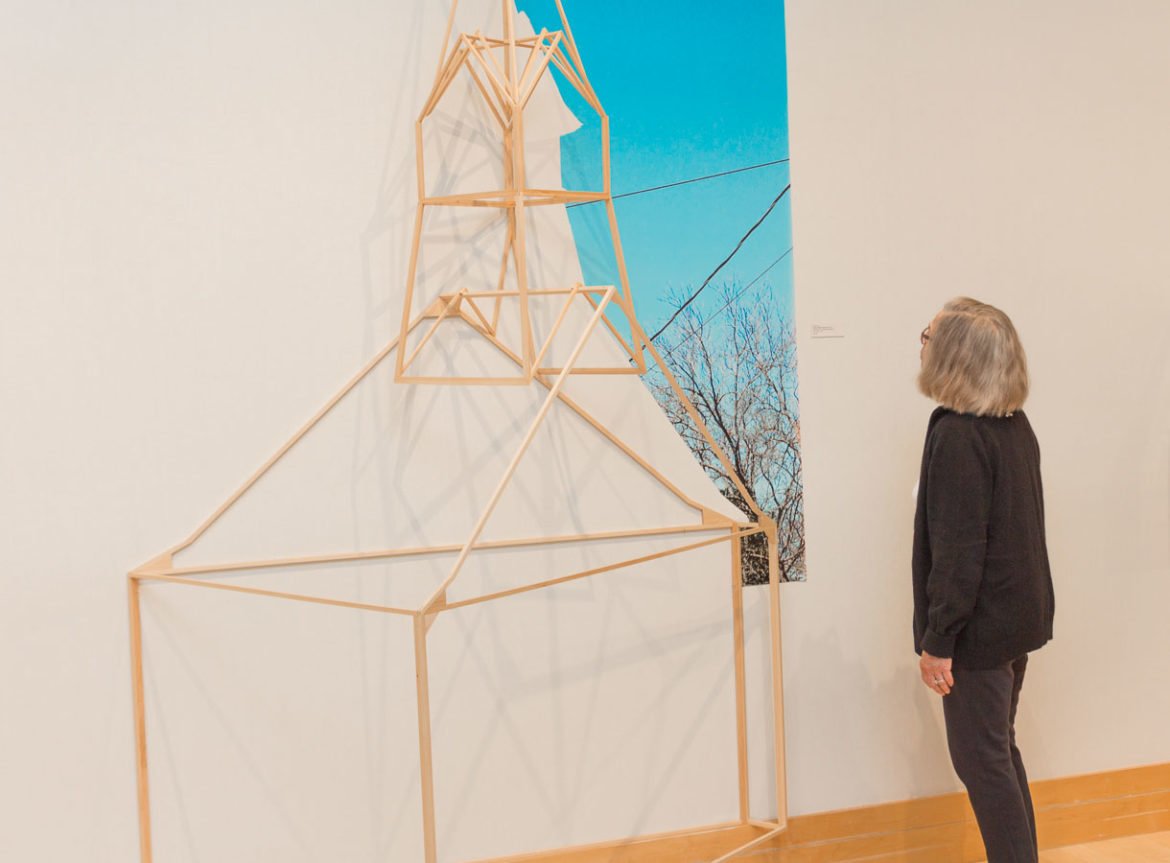 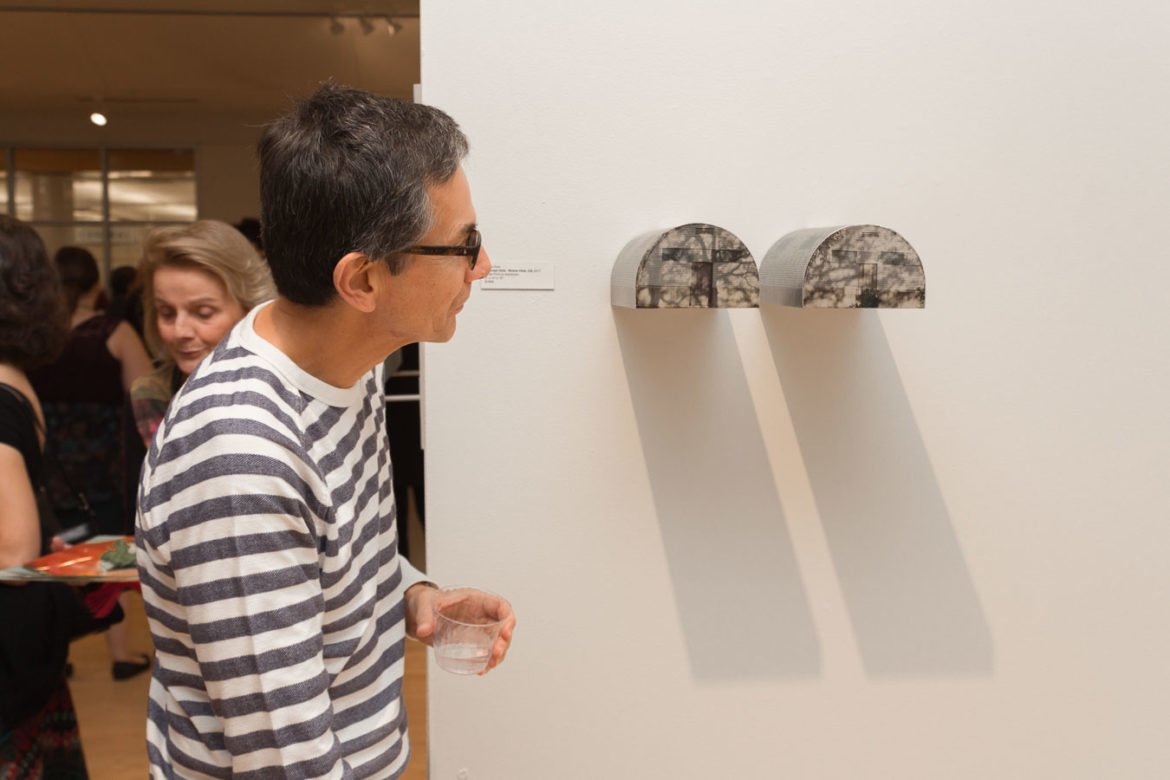 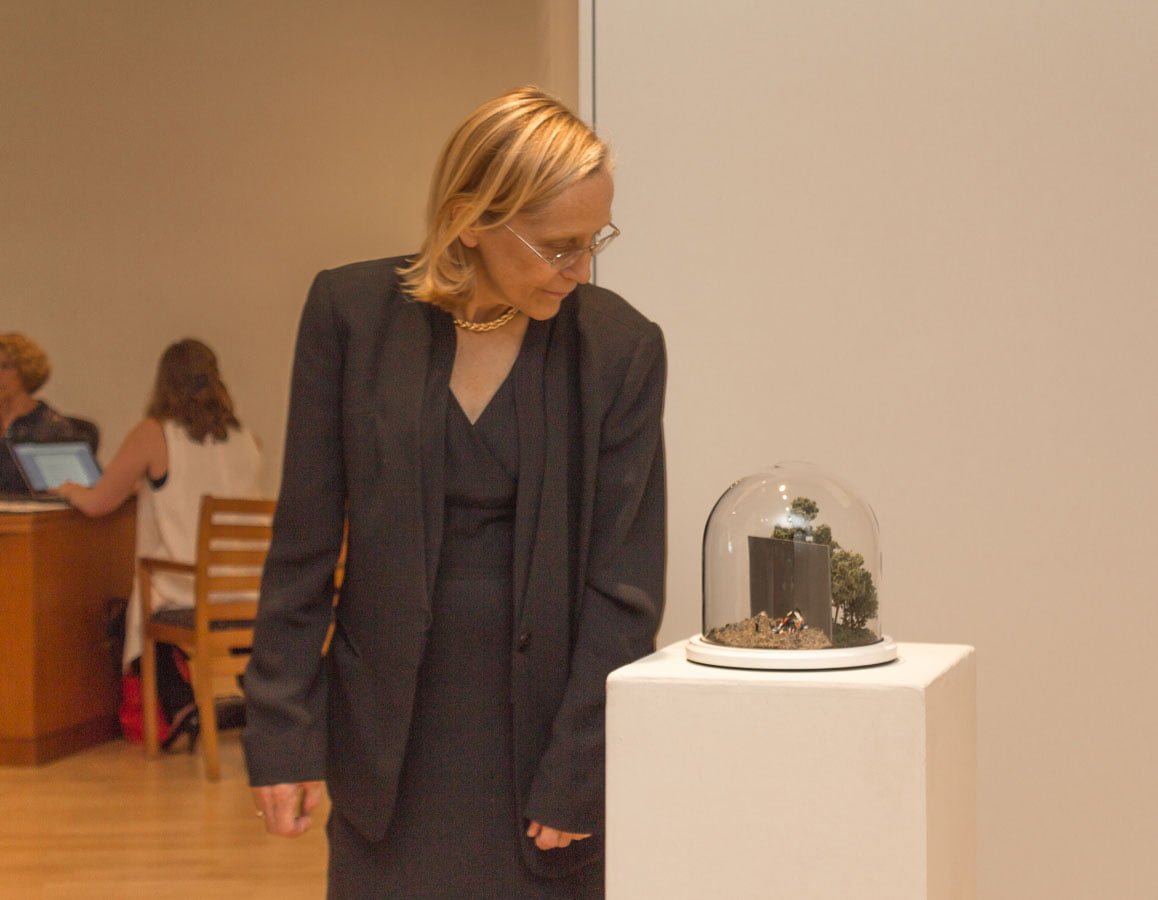 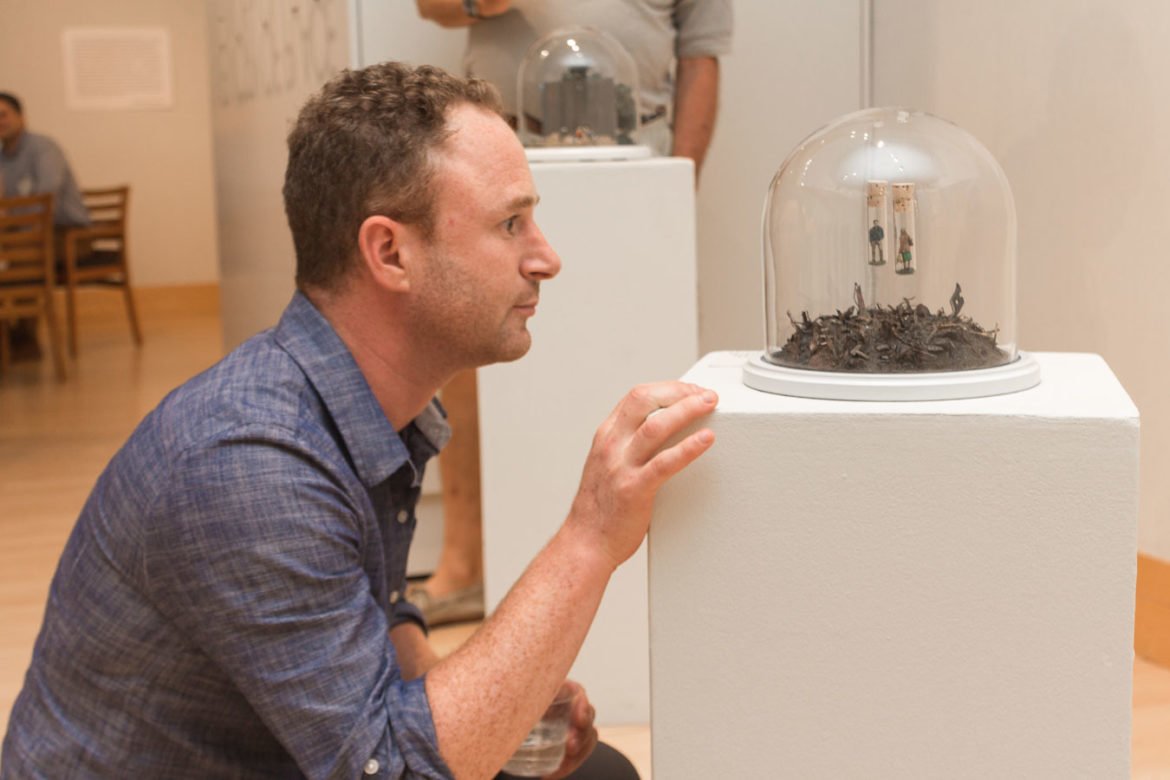 Taking a closer look at a work by Thomas Doyle. Credit: Karen Sheer 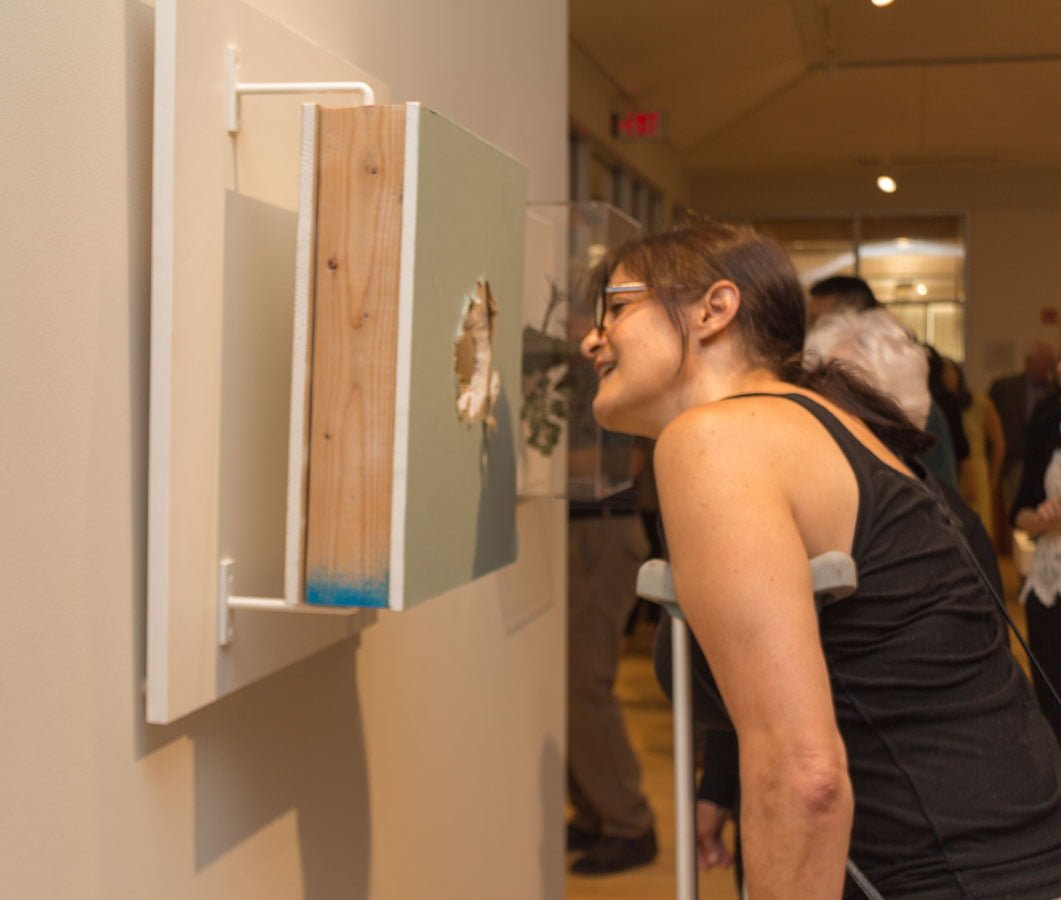 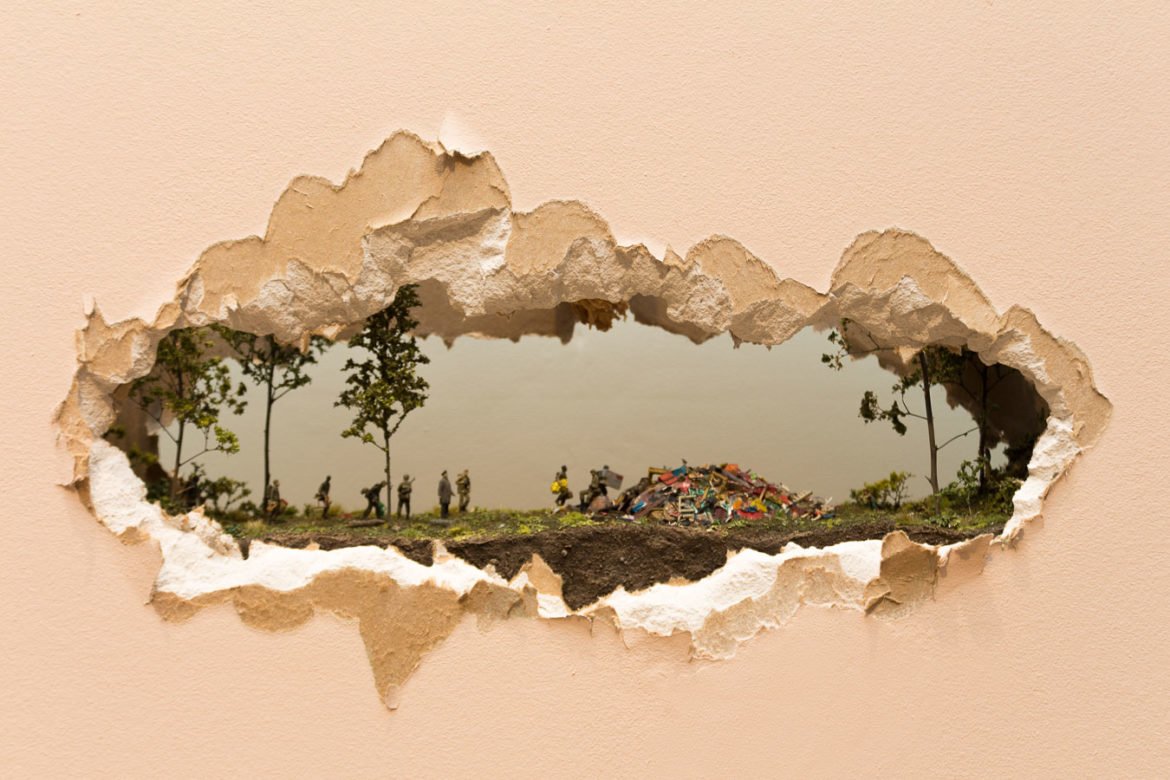 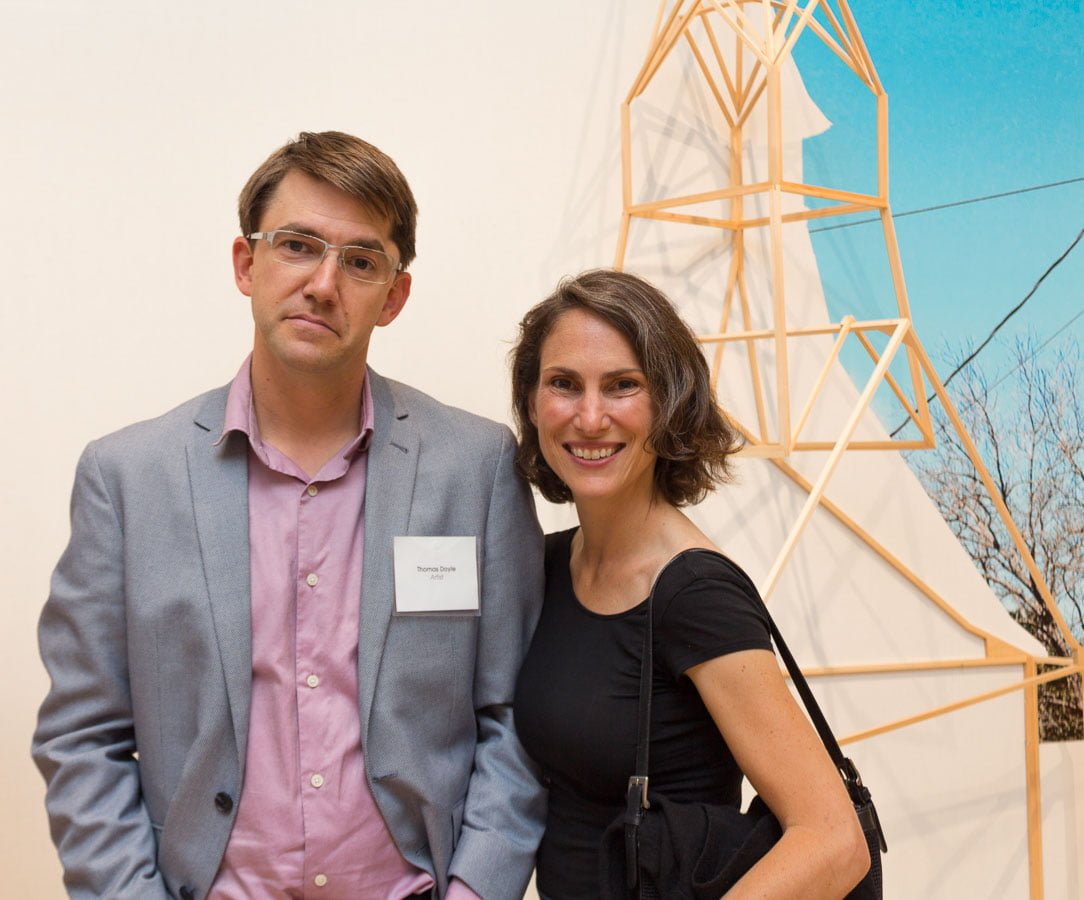 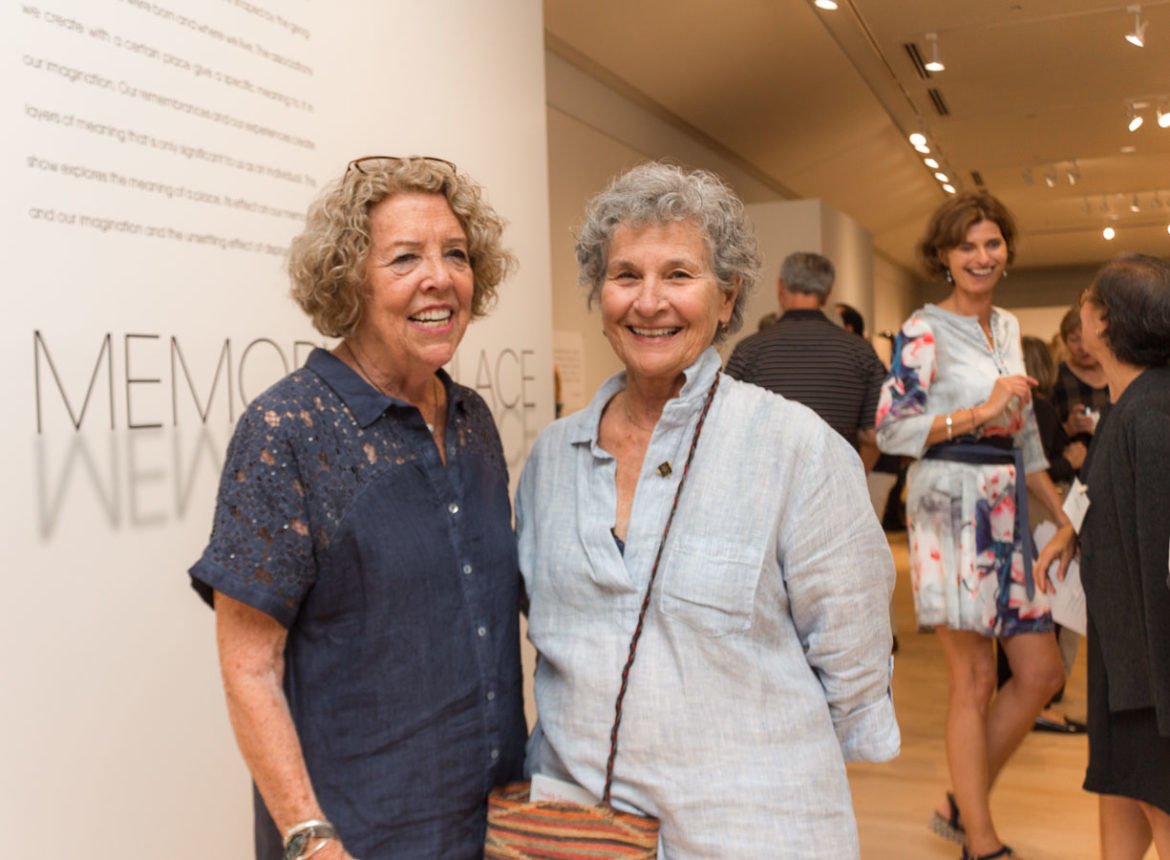 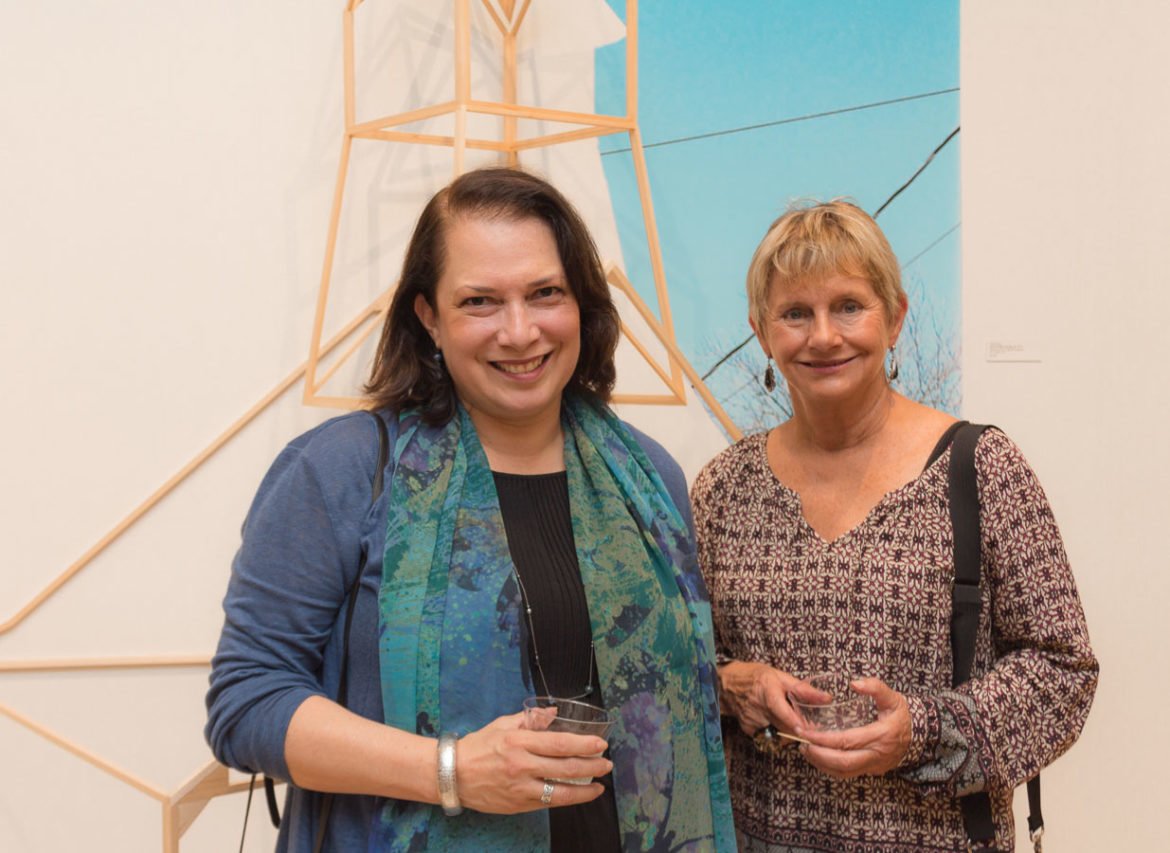 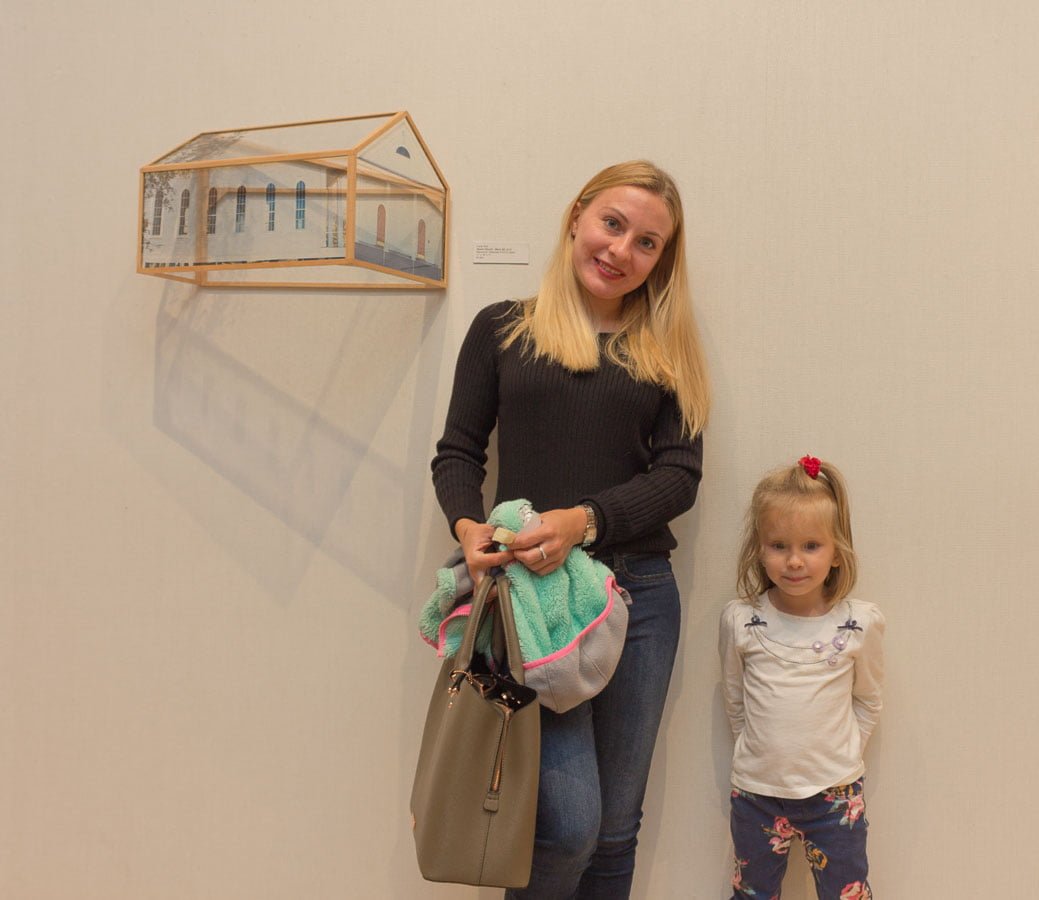 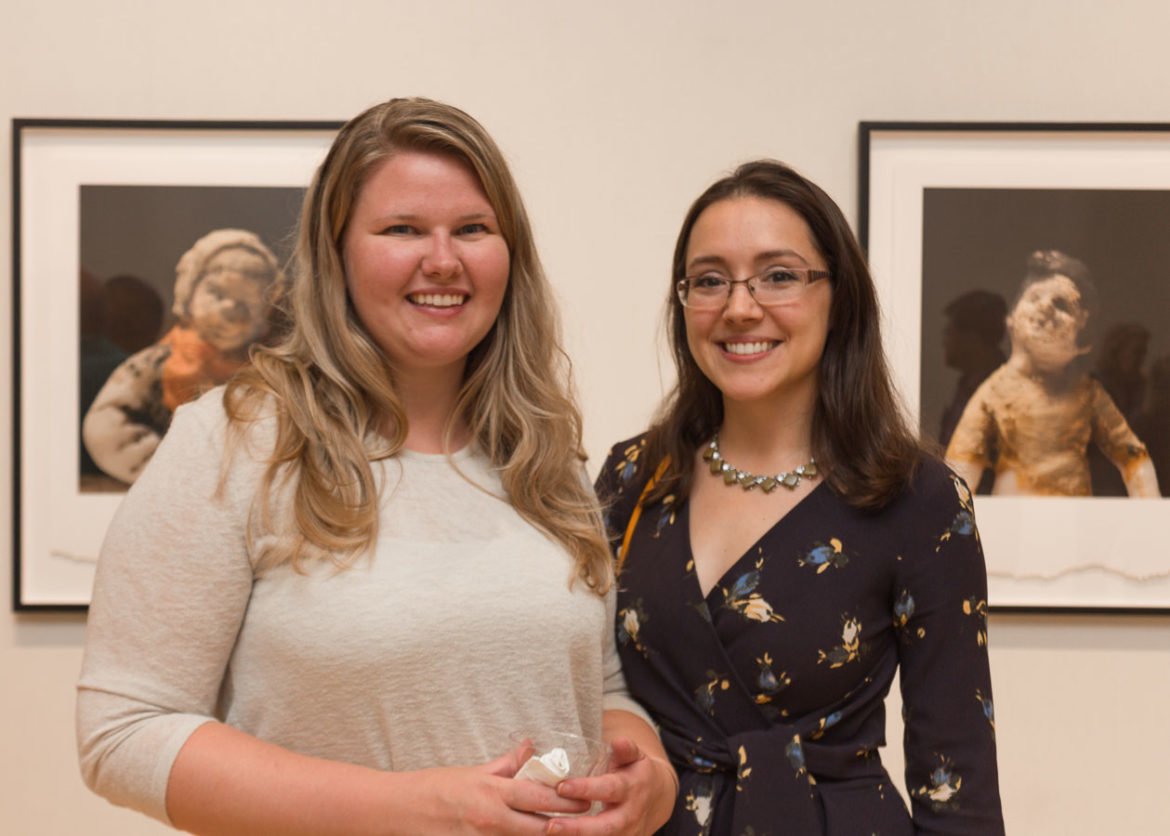 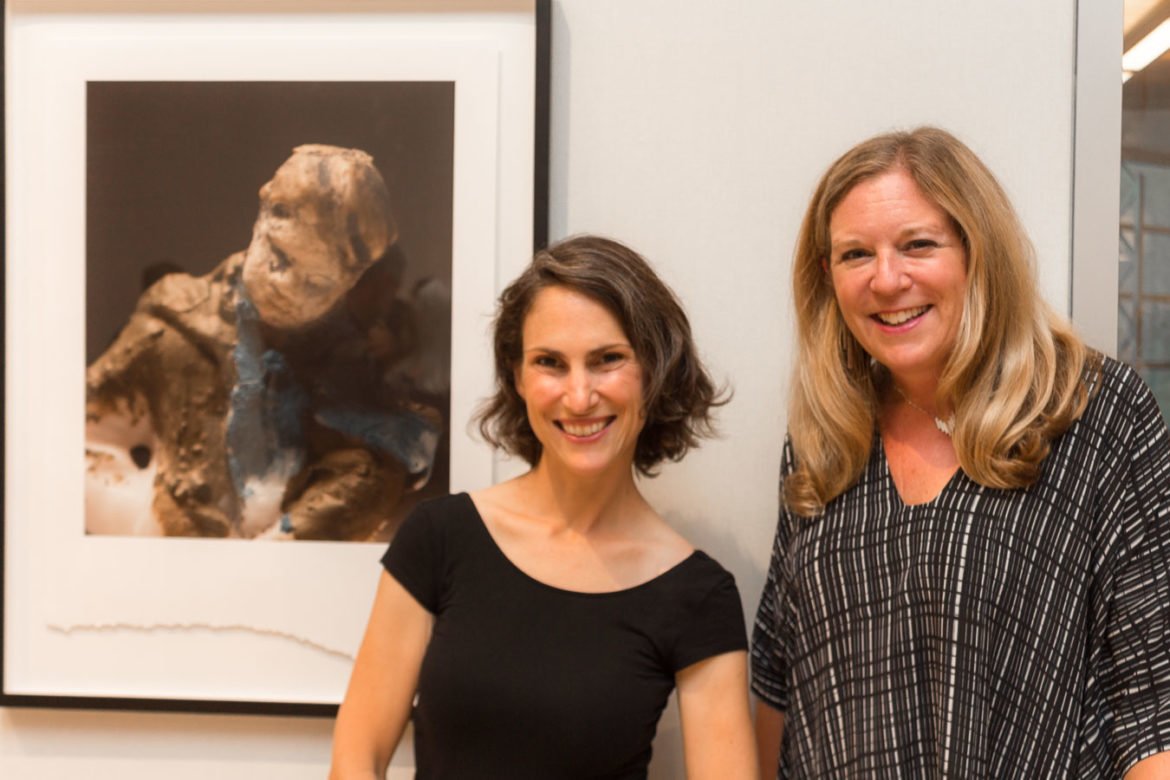 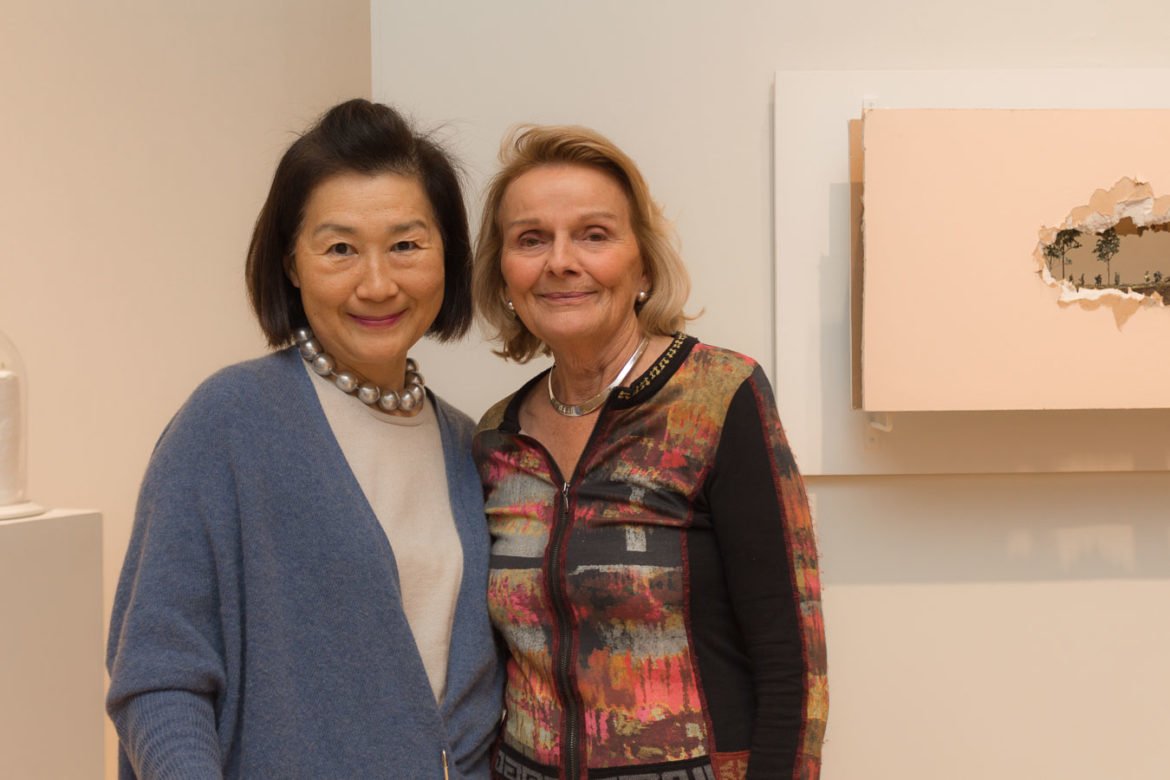 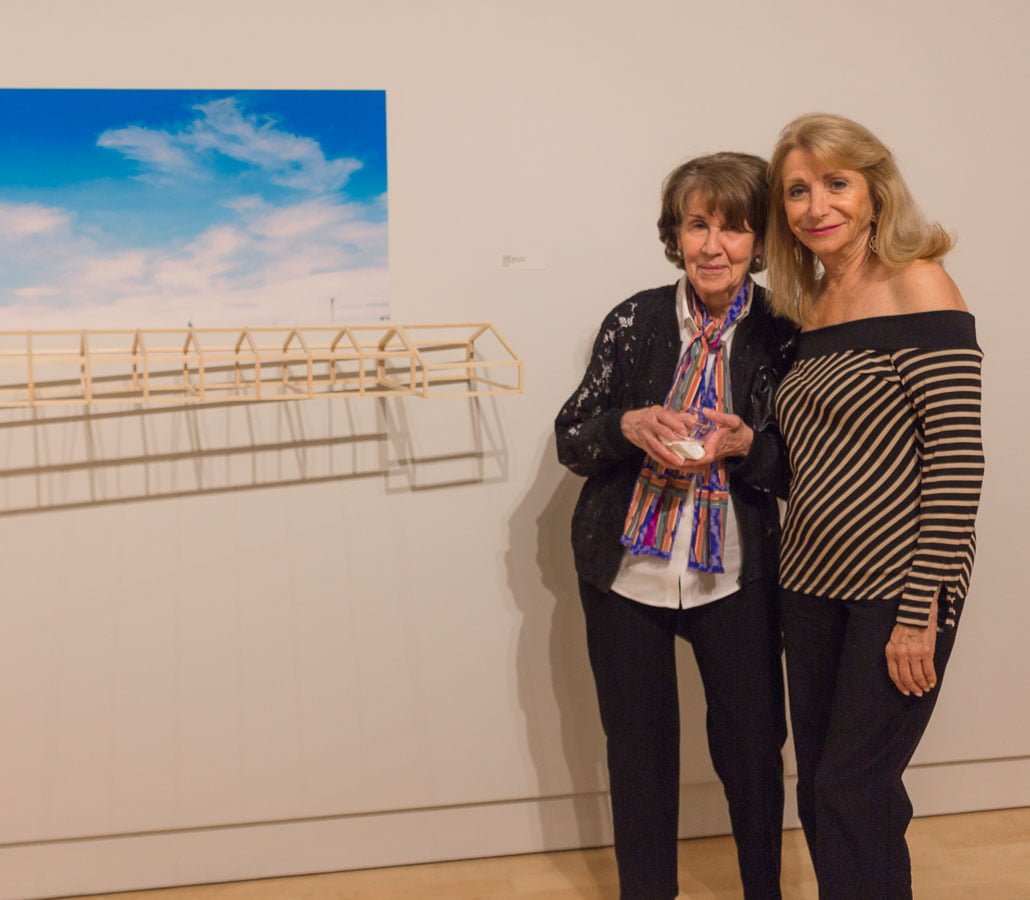 To make the show interactive and accentuate the importance of memories in this show, the curators have created a wall in the gallery titled “Memories of Places…” Through this wall, we encourage visitors to share their memories of a special place or a unique moment with each other.

Sunday Oct. 1, 2:00-4:00 pm
At an author’s talk in the gallery on, author Lauren Acampora will read selections from her book of short stories, “The Wonder Garden,” which is about a fictional suburb where the perfect houses pose a stark contrast to the inhabitants’ eccentricities, obsessions and personal battles. The book was named one of the best books of the year by Amazon and NPR and its subject matter neatly parallels the themes of this exhibition.

Flinn Gallery is a not-for-profit and volunteer-run gallery featuring 6 art exhibits annually in all mediums from a wide range of periods, visions and techniques. Artwork is for sale and commissions from sales support the programs of the Friends of Greenwich Library.