On Wednesday night the Cos Cob Riders, a local group of motorcycle enthusiasts, descended on Kids in Crisis on Salem Street to deliver a check for $12,000, which they raised through a recent fundraising ride.

Kimberly Wolfson-Lisak, clinical director at Kids in Crisis, grew emotional as she thanked the Cos Cob Riders for their donation.

Since a massive funding cut from the state, Kids in Crisis has had to reduce their facility from a total of 20 beds to just 12.

“I am emotional because of this donation of $12,000,” Wolfson-Lisak said through tears. “Every dollar donated is so important, so yes, I get emotional.”

“The Cos Cob Riders brought us $12,000, which will help us give the kids what they need the most – a safe place to live, lots of learning activities and a place to help them heal,” she continued.

On Wednesday night, the emergency shelter was at capacity with children ranging from one year old to 17 years old. 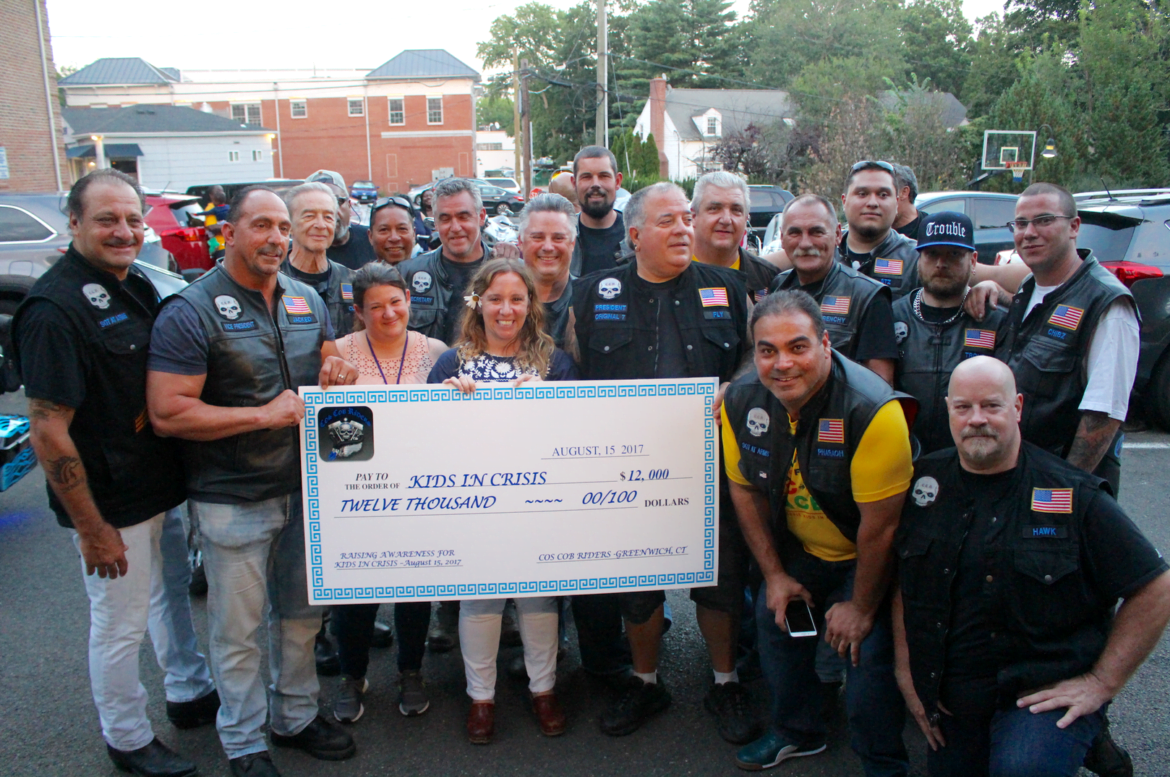 The Cos Cob Riders pose with their jumbo $12,000 check they donated to Kids in Crisis on August 16, 2017 Photo: Leslie Yager

“This means a lot to the kids,” Wolfson-Litvak continued, as children darted across the yard at the facility. “And tonight they get to see it, and that moves me too.”

“A lot of biker groups have a bad rap,” said Rocco Ceci, just before the check was presented. “But we have a positive group, and I can’t think of a better cause than Kids in Crisis.”

Last year, when Kids in Crisis learned they lost their entire state funding of about $1,000,000, the Cos Cob riders held a major fundraiser for about 300 people at the St. Lawrence Club in Cos Cob, raising about $12,000.

This year’s  fundraising ride began at the High Ridge Road commuter parking lot, and lasted about 90 minutes, ending with a party at the Glenville Polish Club in Greenwich.

“Anything we can do…” said Cos Cob Riders Jimmy Abbate. “Next year we’ll try even harder. It’s a brotherhood responsible for this.” 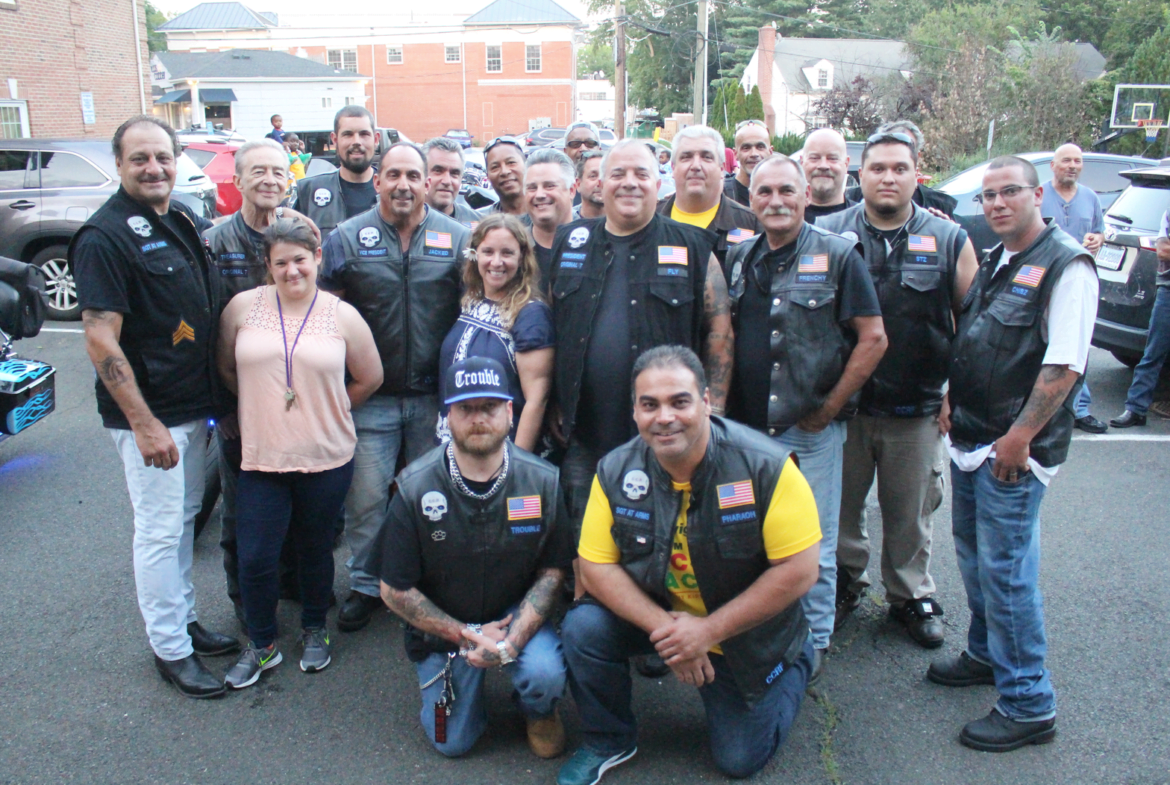 The Cos Cob Riders visited Kids in Crisis on August 16, 2017 Photo: Leslie Yager 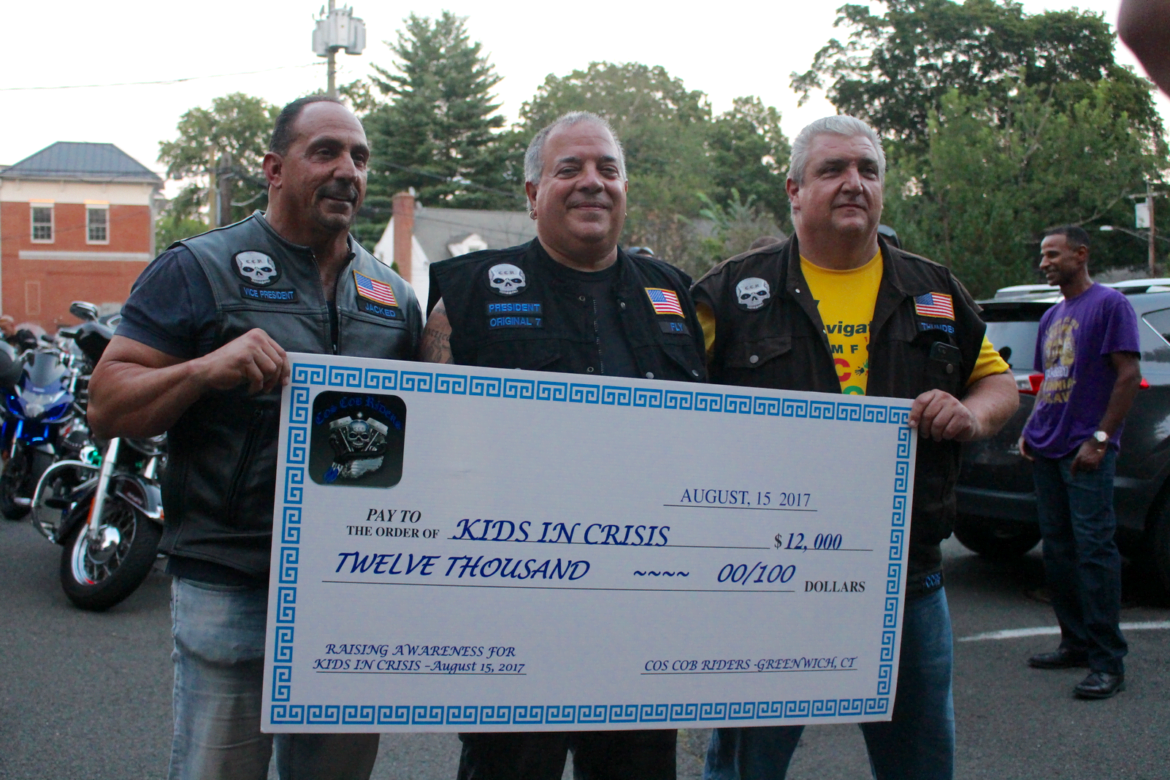 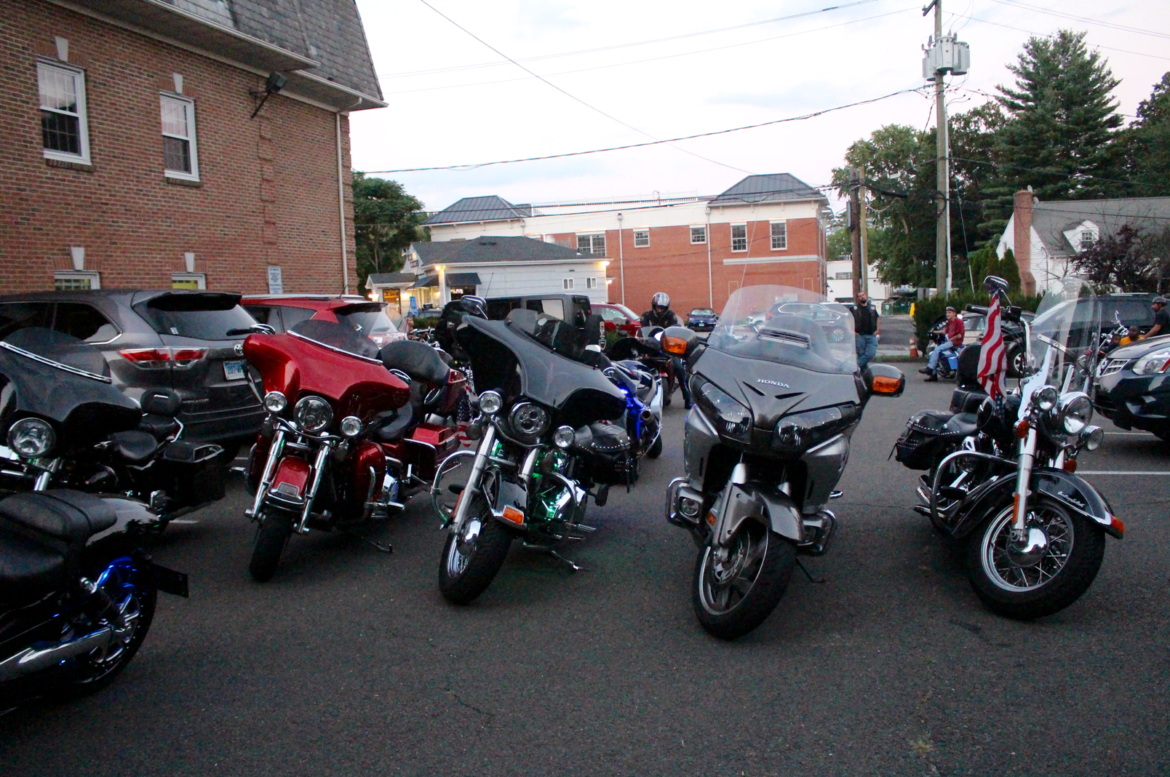 Motorcycles of the Cos Cob Riders at Kids in Crisis on Aug 16, 2017 Photo: Leslie Yager