Greenwich Scouting will celebrate 18 new Eagles Scouts at the 38th Annual Eagle Recognition Dinner and “Gathering of Eagles” on Thursday, May 29 at the Hyatt Regency Greenwich. 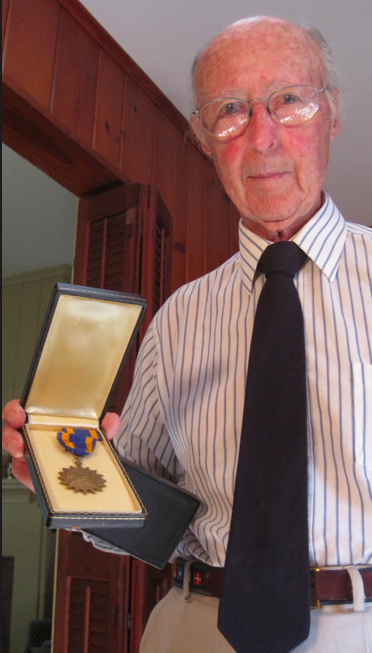 Chuck Standard shares his Naval Cross medal, awarded for bravery during a dangerous dive-bomb mission in the Pacific in WWII. Credit: Leslie Yager

Eagle Scout and Superintendent of the Greenwich Public Schools, Dr. William McKersie, is the guest speaker for the evening.

Local Eagle Scouts of all ages are invited to attend the “Gathering of Eagles” and reunite to celebrate the accomplishments of the newest Greenwich Eagle Scouts.

Linda McMahon, developed World Wrestling Entertainment with her husband Vince McMahon. She ran for the US Senate against Richard Blumenthal in 2009 and was the Republican nominee in 2010 and 2012. 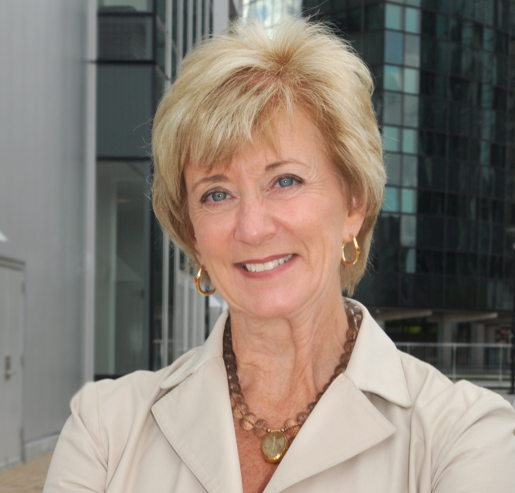 Linda McMahon who will be awarded the sixth Malcolm Pray “Friend of Eagles” Award at the May 29th annual Greenwich Scouting Eagle Recognition Dinner. Contributed photo

In the world of philanthropy, she received the Humanitarian Award from the Catholic Big Sisters & Big Brothers in New York City and the Spirit of Hope Award from Liberation Programs in Norwalk.

McMahon will be the recipient of the sixth Malcolm Pray “Friend of Eagles” Award.

To date there are over two-million Eagle Scouts nationwide. The 2014 Greenwich Eagle Scout Class include:

Adventure, leadership, service and learning, especially in the outdoors, have remained essential to the Greenwich Scouting experience since its inception in 1912.  Nearly 2,600 local youth participate in fun programs, run by 350 dedicated volunteers, all of which help prepare local boys and girls for life.  With over 18 partnering organizations and Cub Scouting, Boy Scouting, Venturing and Exploring opportunities in Greenwich, Connecticut, there’s never been a better time to join the Scouting community.

To purchase tickets for this event, or for Eagle Scouts interested in re-uniting with local Eagles, visit www.GreenwichScouting.org or contact Jessica Reid at [email protected] or call 203-869-8424 x112. 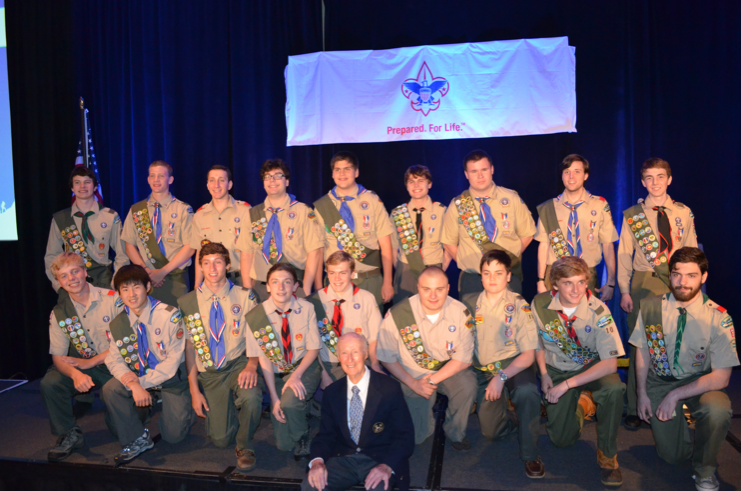 Several Eagle Scouts were honored at last year’s annual Greenwich Scouting Eagle Recognition Dinner as well as Charles “Chuck” Standard (front center) who was awarded the 5th Malcolm Pray “Friend of Eagles” Award. The 2014 dinner is on Thursday, May 29th and will honor 18 Eagle Scouts and Linda McMahon, the sixth recipient of the “Friend of Eagles” Award. Contributed photo