Camp Seton made a big splash last week when cub scouts got to use the fire hose of a Greenwich Fire Department fire truck to spray camp staff, while the staff paddle boarded and boated in the camp’s lake. 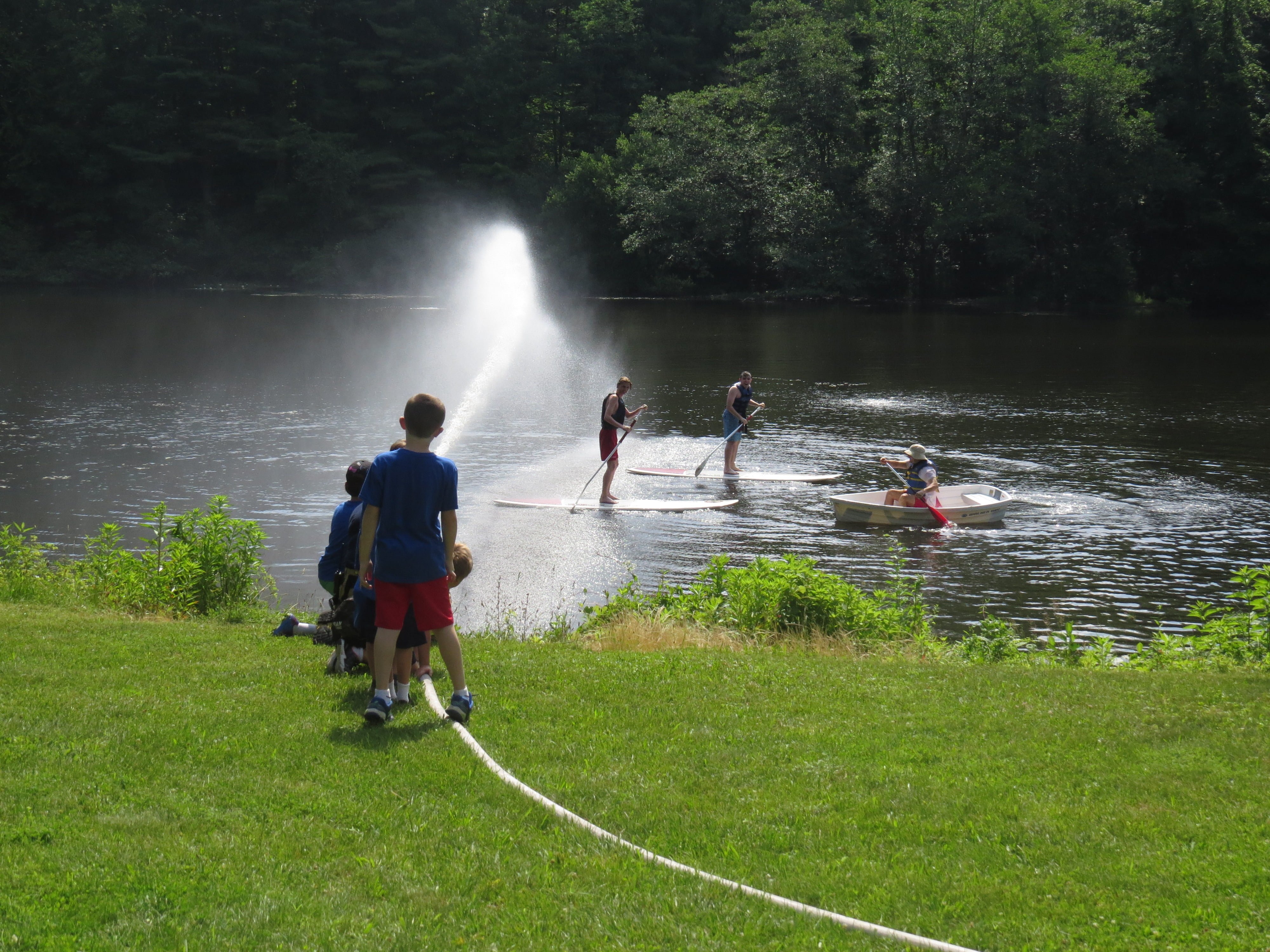 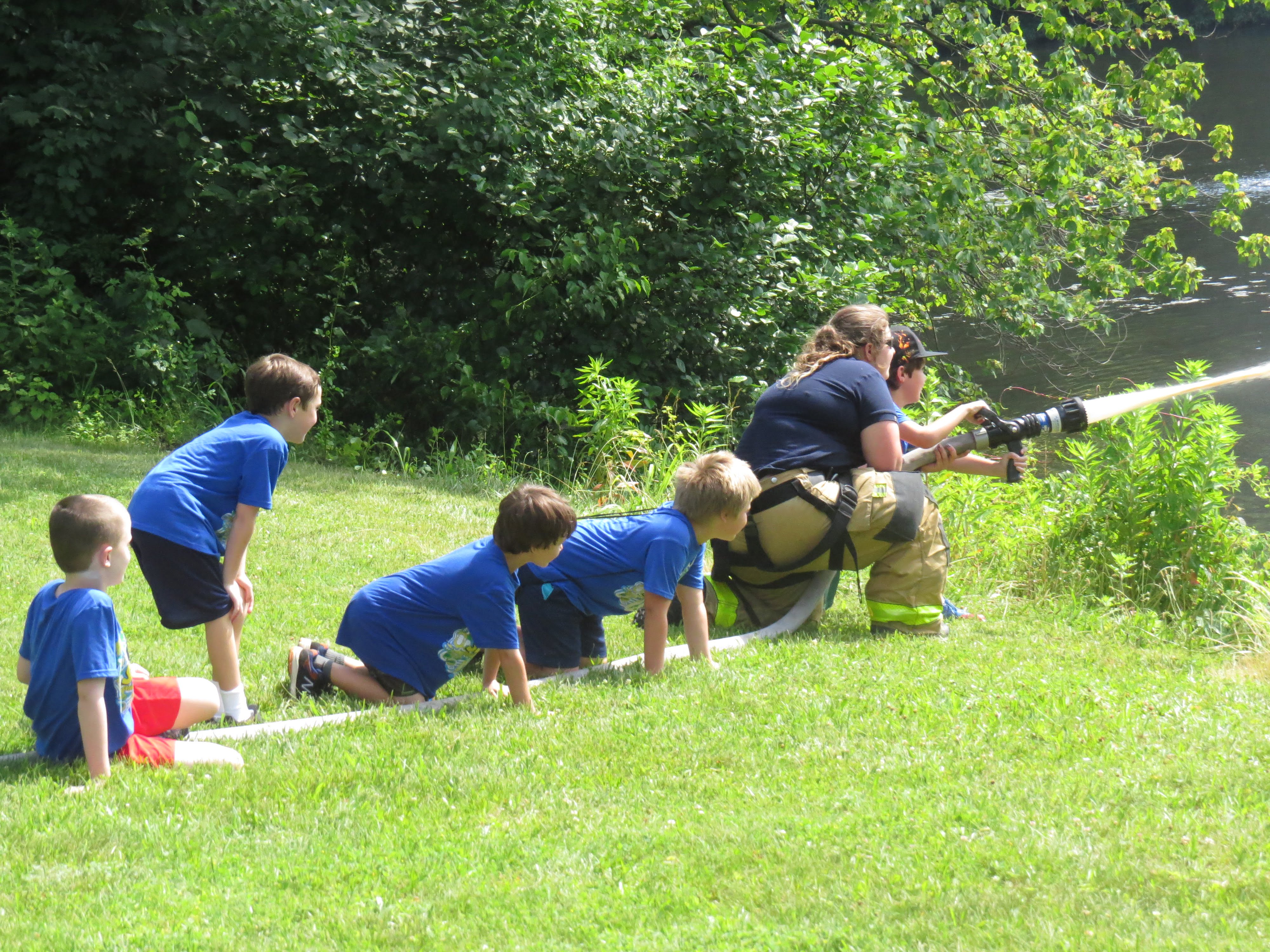 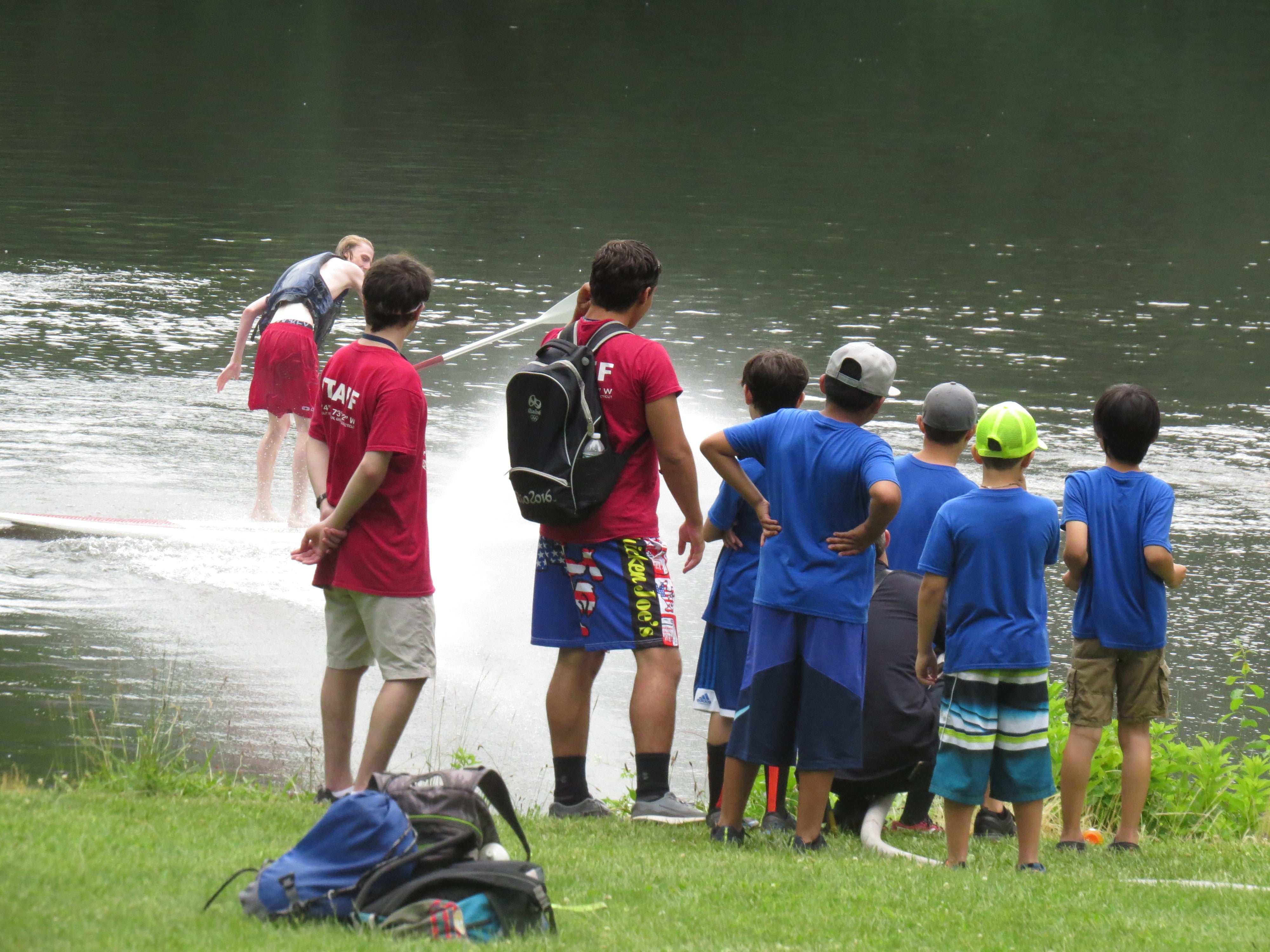 Camp Seton, part of the Greenwich Council Scouting program, offers outdoor activities to young boy scouts and cub scouts in the community. At the culmination of the cub scouts’ first week of camp, the Greenwich Fire Department, GEMS, and the Greenwich Police Department visited the cubs to teach them about Greenwich’s emergency services.

Cub scouts also learned about the police department’s K-9 unit and how to shoot guns with the Greenwich Police Special Response Unit. 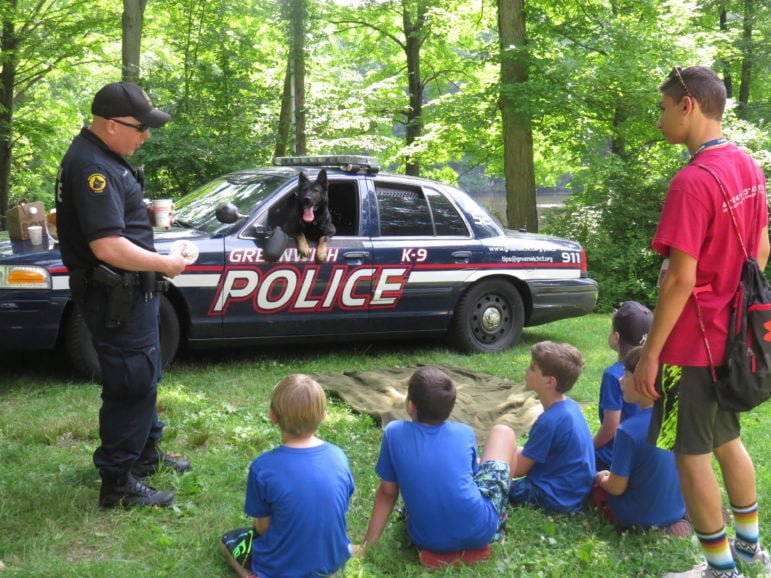 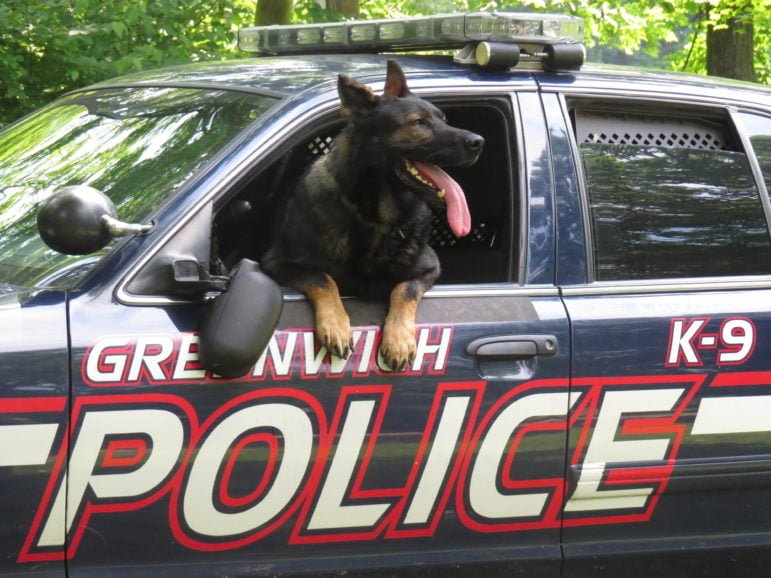 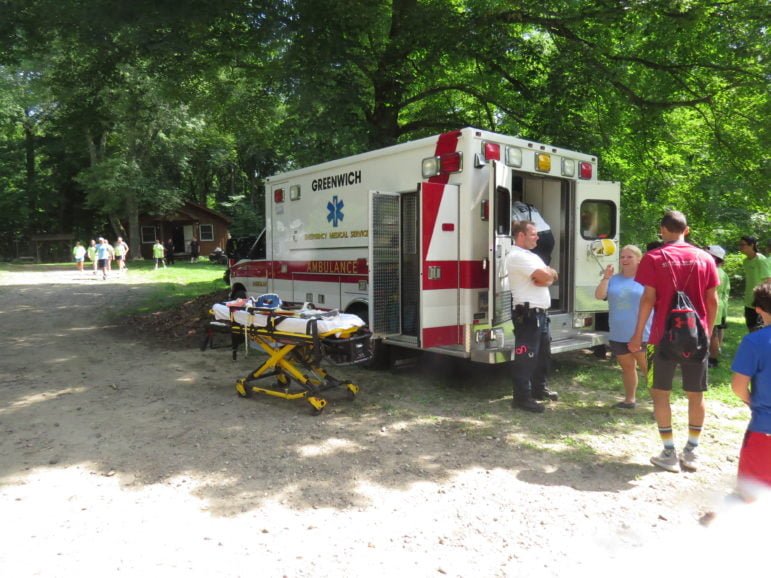 All of this was part of the camp’s theme of the week: Mud Fun.

Camp Seton’s weekly registration allows for new campers to join in on the different weekly themes.

Camp Manager and Event Coordinator Emilia Schiro said that one of the camp’s most popular themes, “Aqua-ventures,” will happen during the fourth week of camp. She said the week includes the Seton Boat Races, which is one of the most notable events of the summer.

Schiro said that about 85 percent of camp staff members are returning staff, and that many of them even attended the camp when they were younger.

So for them, last week’s annual fire truck visit was a familiar event that they got to experience once again. 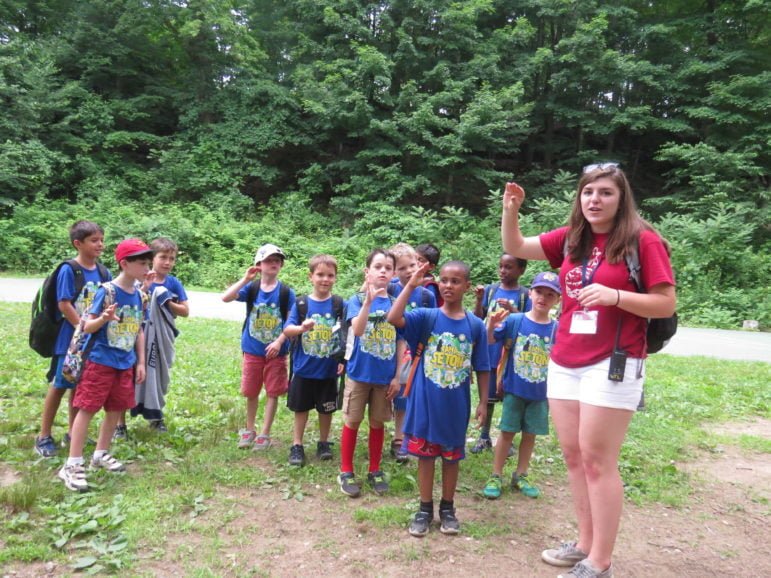 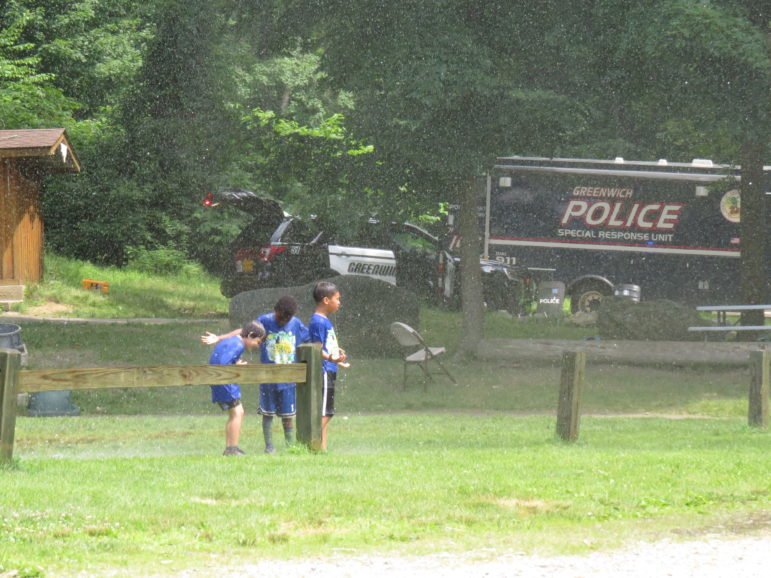 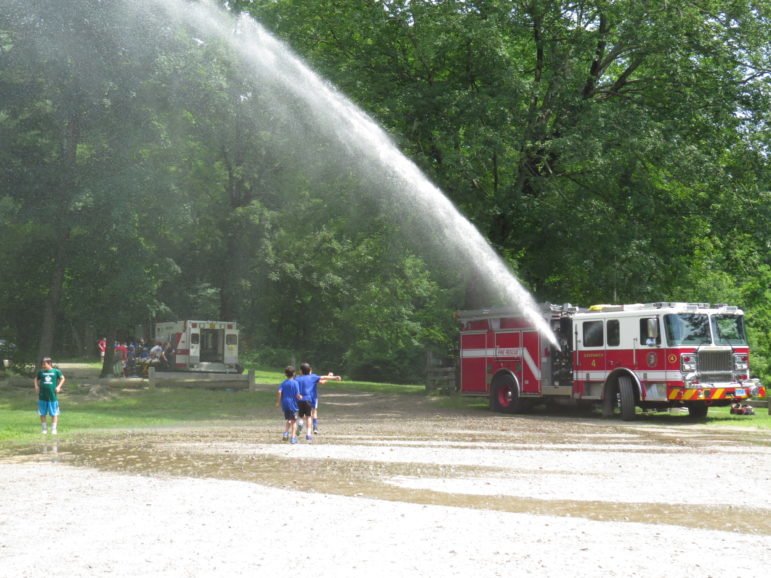 While the cub scouts learned about Greenwich’s emergency services, the boy scouts explored the camp’s creek, went fishing, and cooked by a campfire they made themselves. Some even built a structure out of sticks modeled after a real Native American structure.

All of this was part of what Schiro called “responsible land management.”

“We want them to be conscious of their environment,” she said.

The camp has a separate section for the boy scouts called Winter Camp. Although an ironic name for a summer camp, it actually comes from the fact that the specific part of Camp Seton is the only part that still has running water in the winter.

Kevin Gillick Jr., or “DunDee” as he is known around the camp, is the Program Director of Winter Camp. He said that it’s important for the boy scouts to foster growth.

“We like to call them ‘scouts,’ not ‘boys’ or ‘kids.’ We want them to have freedom of responsibility,” he said. 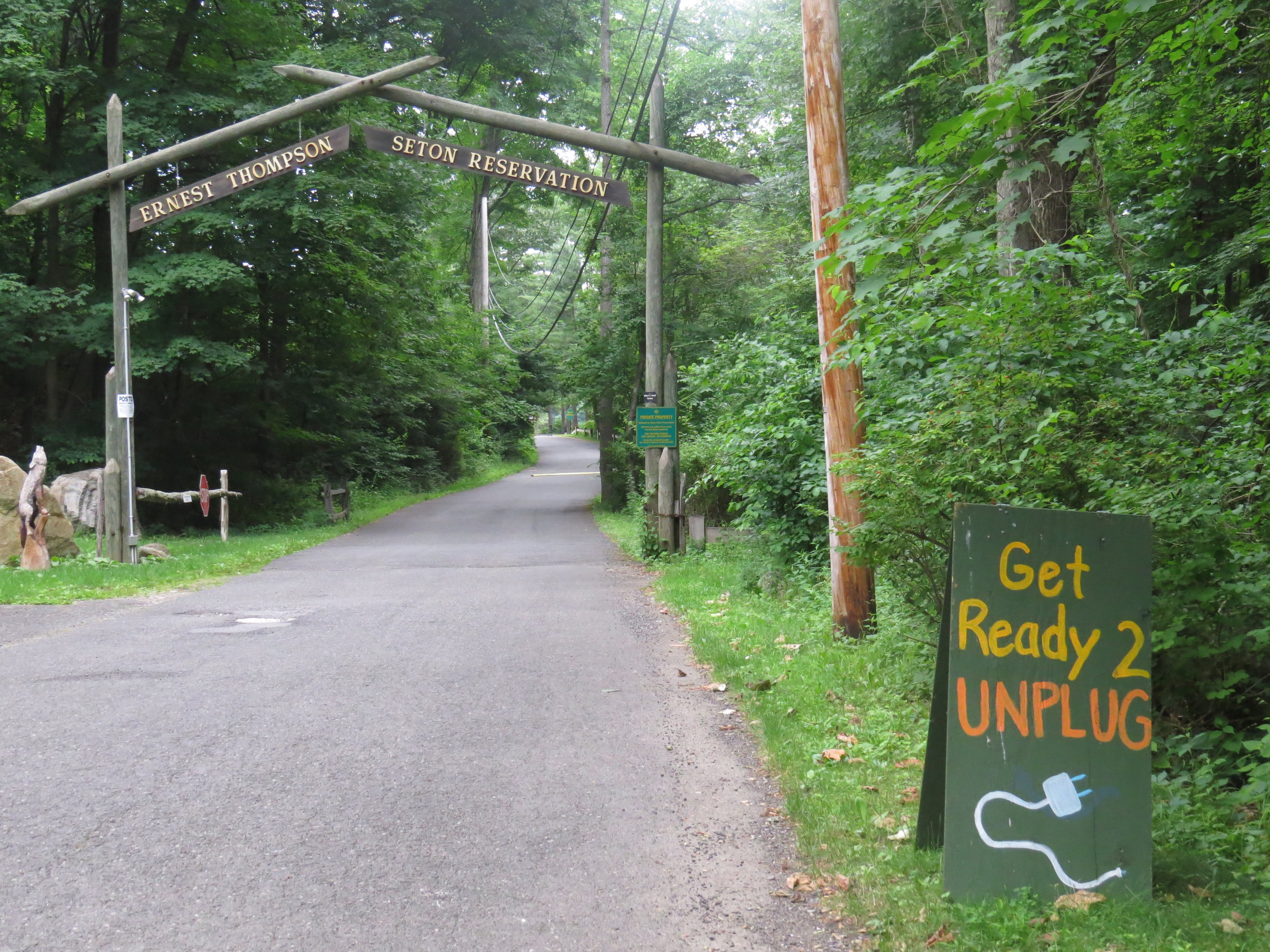 Camp Seton, located on Riversville Road, offers about 249 acres of land for boy scouts to adventure in.