Greenwich Country Day School was the venue for the annual Cos Cob Fire Police Patrol benefit, which presented its third annual Chief’s award to Paul Hicks.

“In Hicks we have ‘a Greenwich guy,’ who is well known in the community. Many of us remember him from his time in town hall where he served four years as selectman,” said State Rep Fred Camillo (R-151) in his introductory remarks. “Then we lost him to the world of business, but we’re happy he stayed here in town and has done wonderful things for the Patrol.”

Hicks acknowledged members of his family, who were in attendance at the event. “My youngest daughter Hope, who is working to make America great again. My oldest daughter, Mary Grace. She is not only engaged, but through Greenwich EMT saves lives,” he said. “And the glue that holds the family together, is my wife Kay. Next year we will have known each other 35 years.” 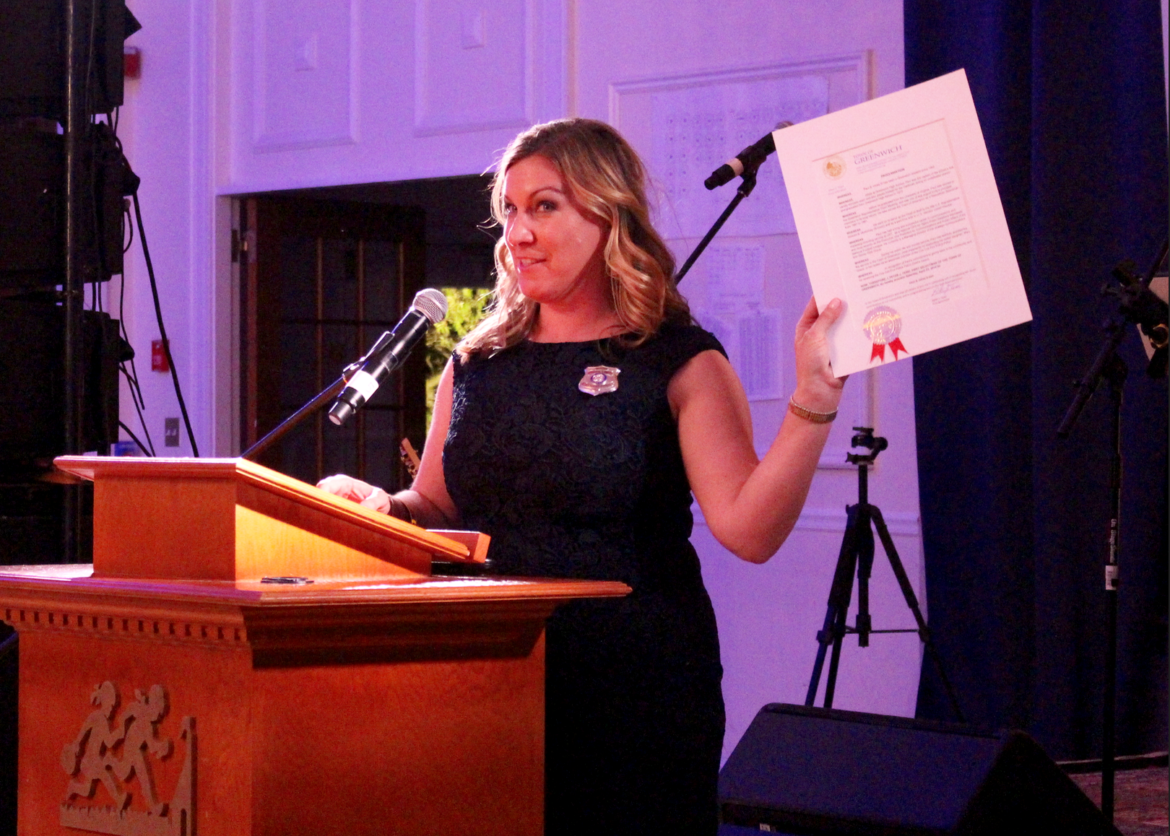 Stephanie Dunn Ashley, a member of the Cos Cob Fire Police Patrol with a Proclamation from the First Selectman naming April 23, 2016 Paul B Hicks III Day. Credit: Leslie Yager

Hicks described what differentiates Greenwich from the other 168 towns in Connecticut. “We’re very safe here thanks to Chief Heavey and the Greenwich Police Dept. The schools are first rate. The beaches and parks are second to none. And, while the taxes aren’t as low as we’d like them to be, they’re a lot lower than our neighbors in Westchester,” he said. “But what really differentiates Greenwich are the people and organizations like the Cos Cob Fire Police Patrol, that are willing to give up their time, passionately, and have done so for 89 years.” 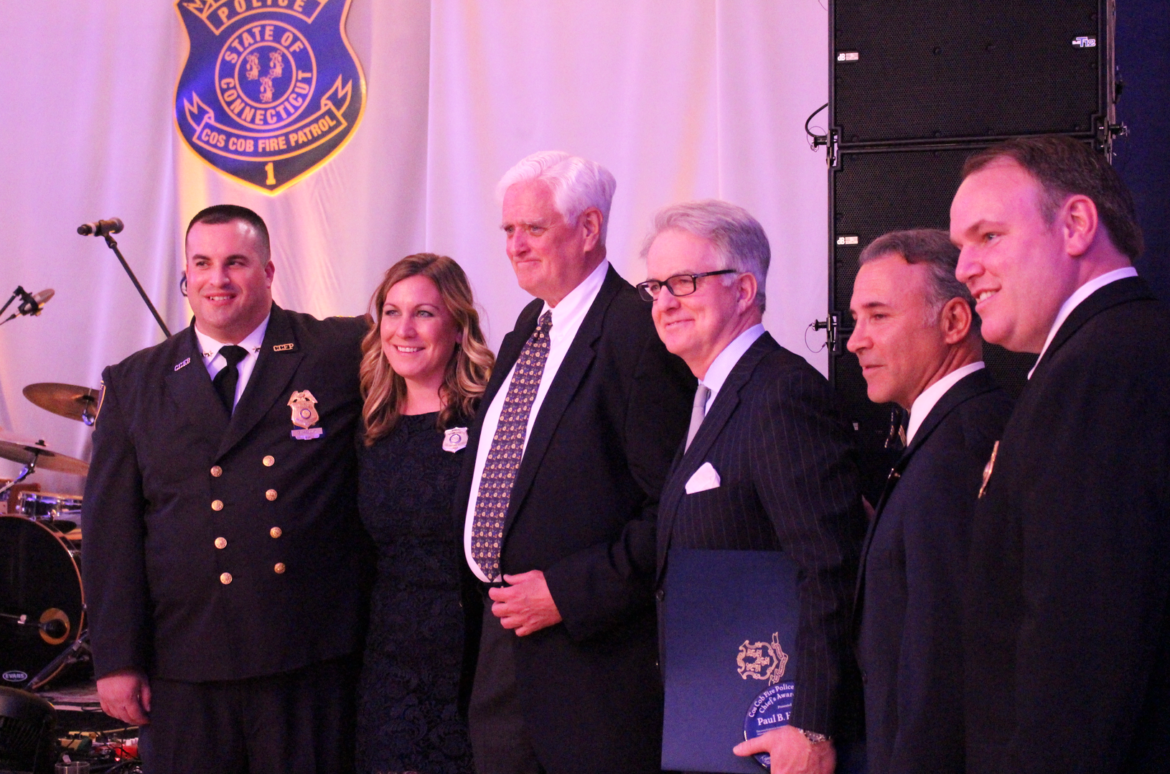 Hicks, who moved to Greenwich in 1962, graduated from Greenwich High School and later served as a Selectman from 1987-1991. He was elected to the RTM while he was still in college, serving as one of its youngest members. Hicks went on to serve as Chief of Staff to the late US Representative Stewart McKinney (R-CT) and as part-time aide to US Senator Lowell Weicker.

In his professional career, Hicks recently served as Executive VP of Public Affairs for the National Football League and is currently Managing Director of the Glover Park Group. 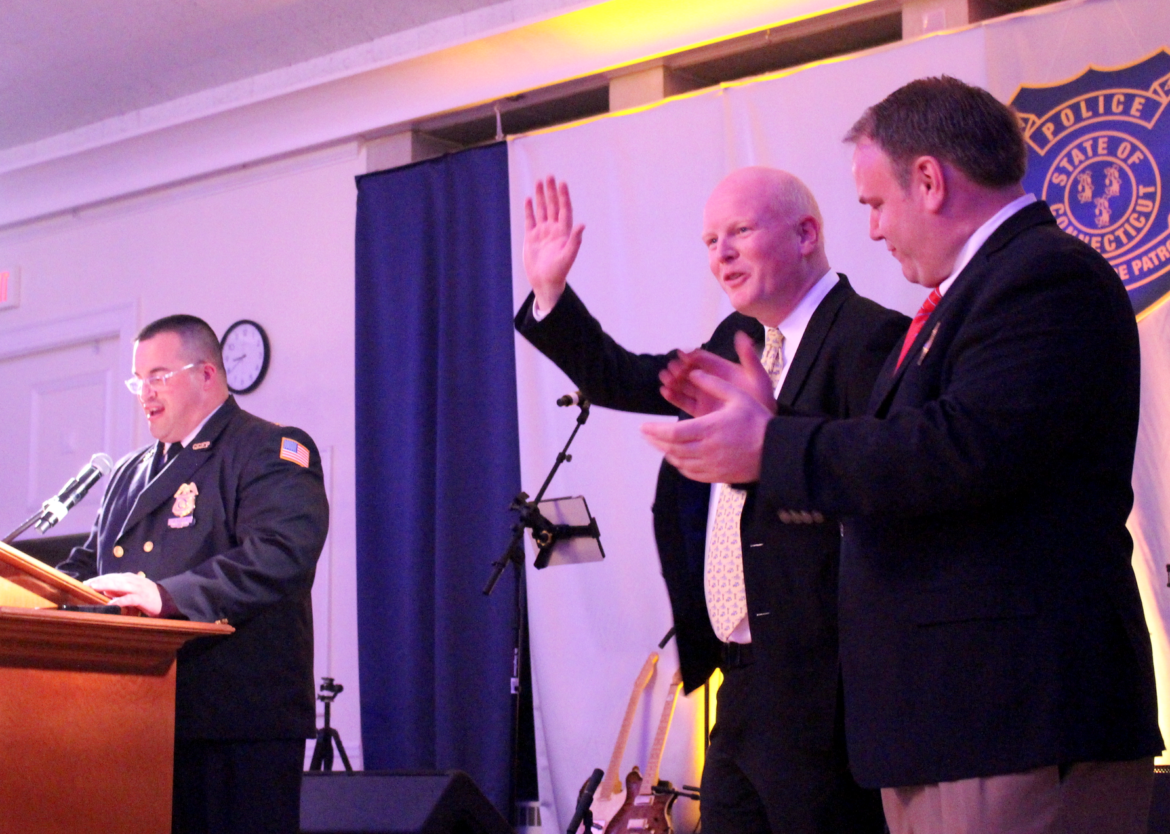 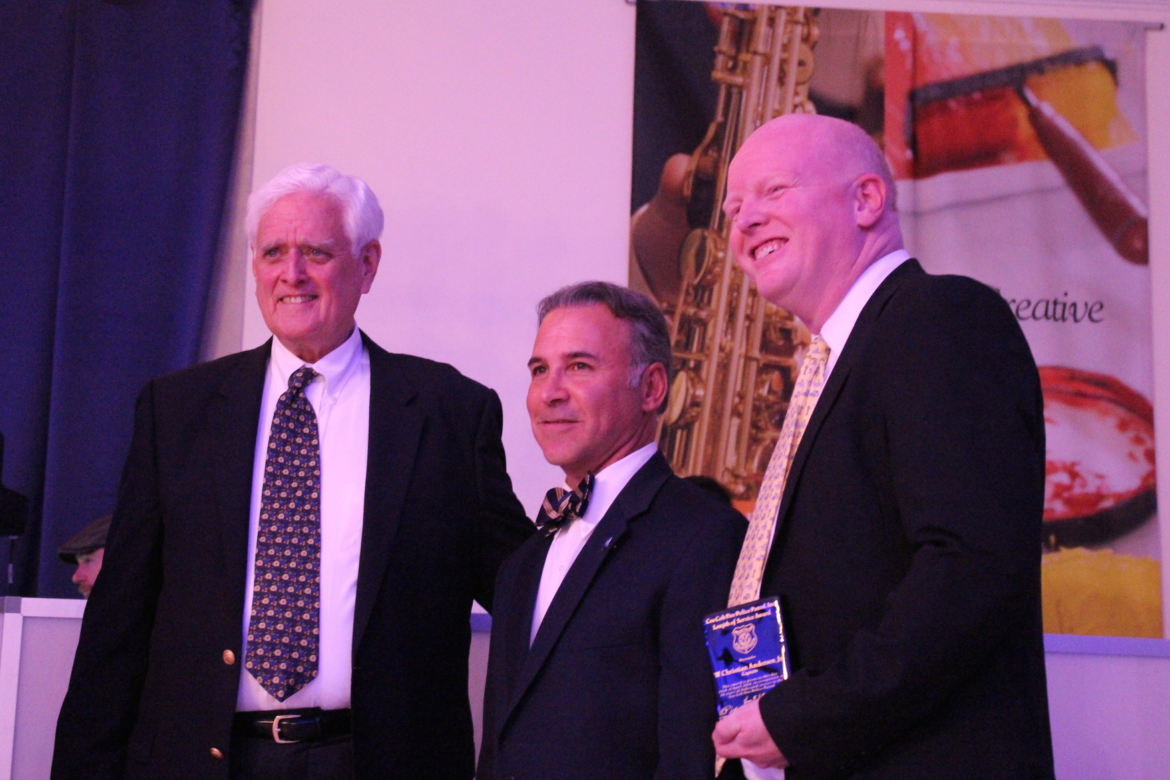 Also honored at the benefit was William Christian Andersen Jr, who joined the Patrol in April 1996.

Andersen became the third 18-year-old member, after the Patrol’s bylaws and Town municipal code for Fire Police changed in 1993. He was elected 2nd Lieutenant in 1997, and, in a special election in 1998 was elected First Lieutenant Senior officer, which, Patrol Chief Brian Kelly said was, at the time, second in command. In April 2007, when the Patrol changed its bylaws, Andersen was elevated to Captain.

“He has obtained many fire and hazardous material certifications,” said Kelly. “To date, this member has responded to 12,512 calls. He’s put up with me for 20 years, and he’s still here.”

Patrol Chief Kelly listed accomplishments of the Patrol over the past past year, including expanding its ranks with new members and receiving new gear, which he noted was on display at the benefit. The Patrol also has a new Utility 2 truck, which Chief Kelly said Ray and Barbara Dalio played an integral part. The truck was also on display as guests arrived for the benefit. 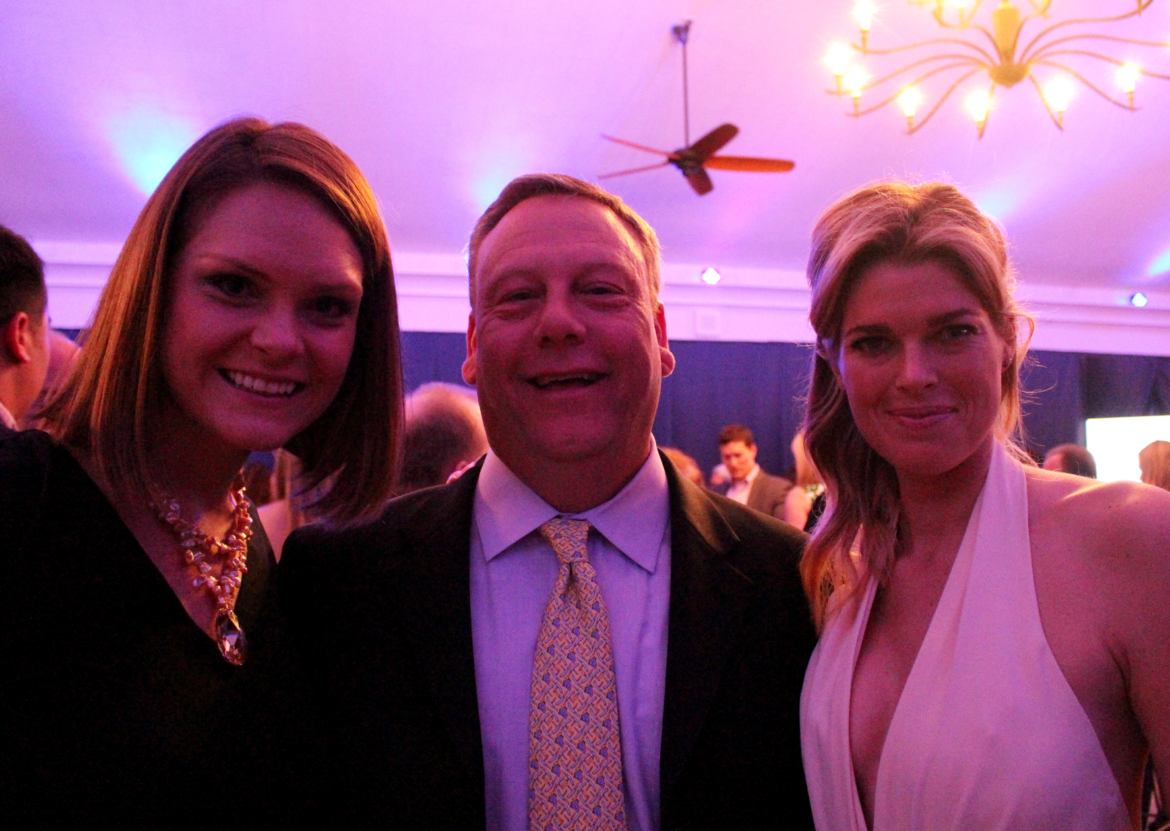 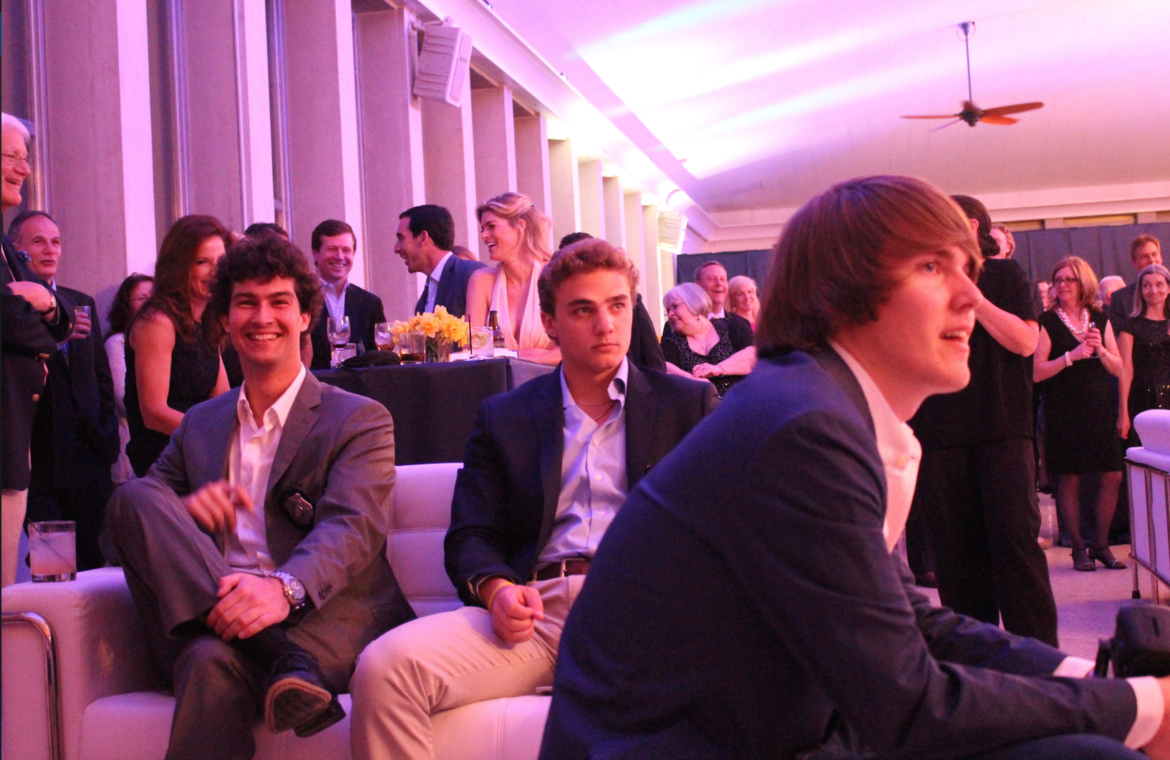 The Cos Cob Fire Police Patrol grew its ranks in the past year and stayed busy serving the entire town. The all-volunteer organization was started in 1927, when they began to specialize in salvage work, protecting inventory and personal property inside homes and businesses during an emergency. (Read our interview with Chief Brian Kelly on the history of the Patrol) Last year the Patrol responded to over 1,000 emergency calls. 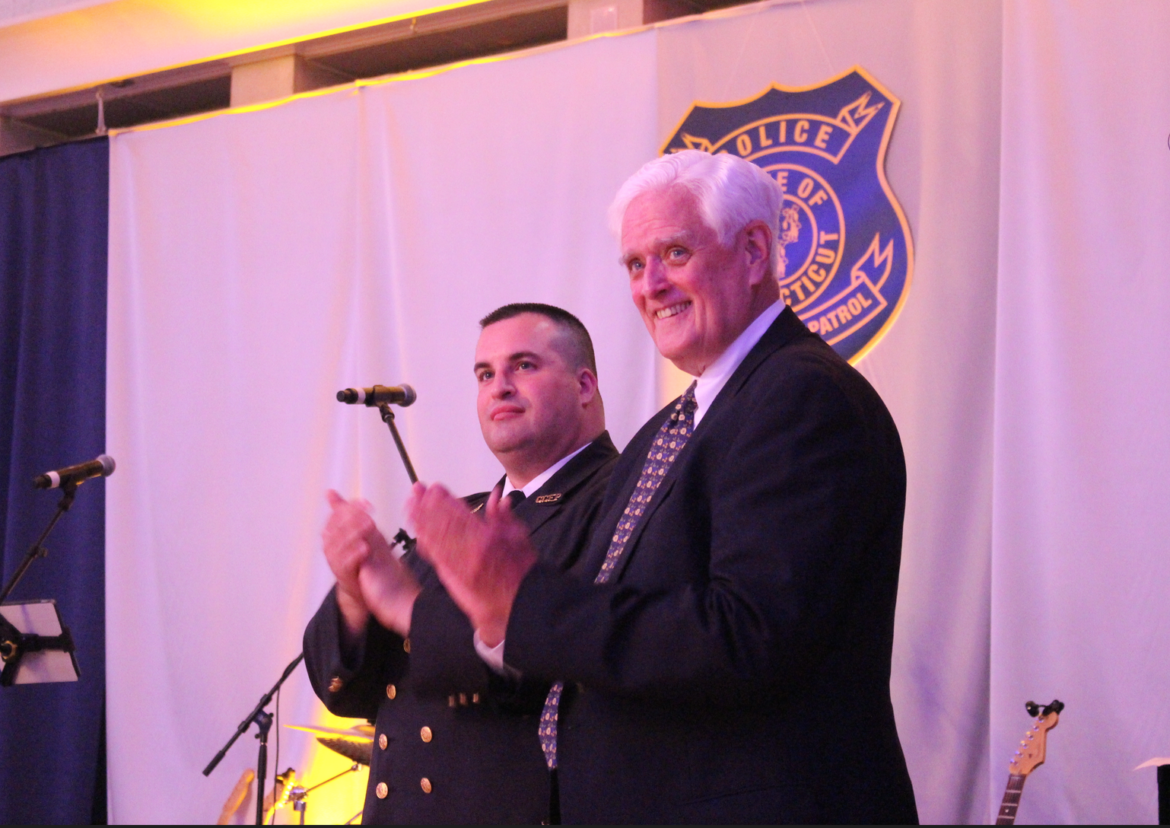 Chief of Patrol Brian Kelly, who joined in 1994 and has been chief officer since 1997, with Selectman John toner at the Cos Cob Fire Police Patrol Benefit at Greenwich Country Day School, April, 23, 2016 Credit: Leslie Yager 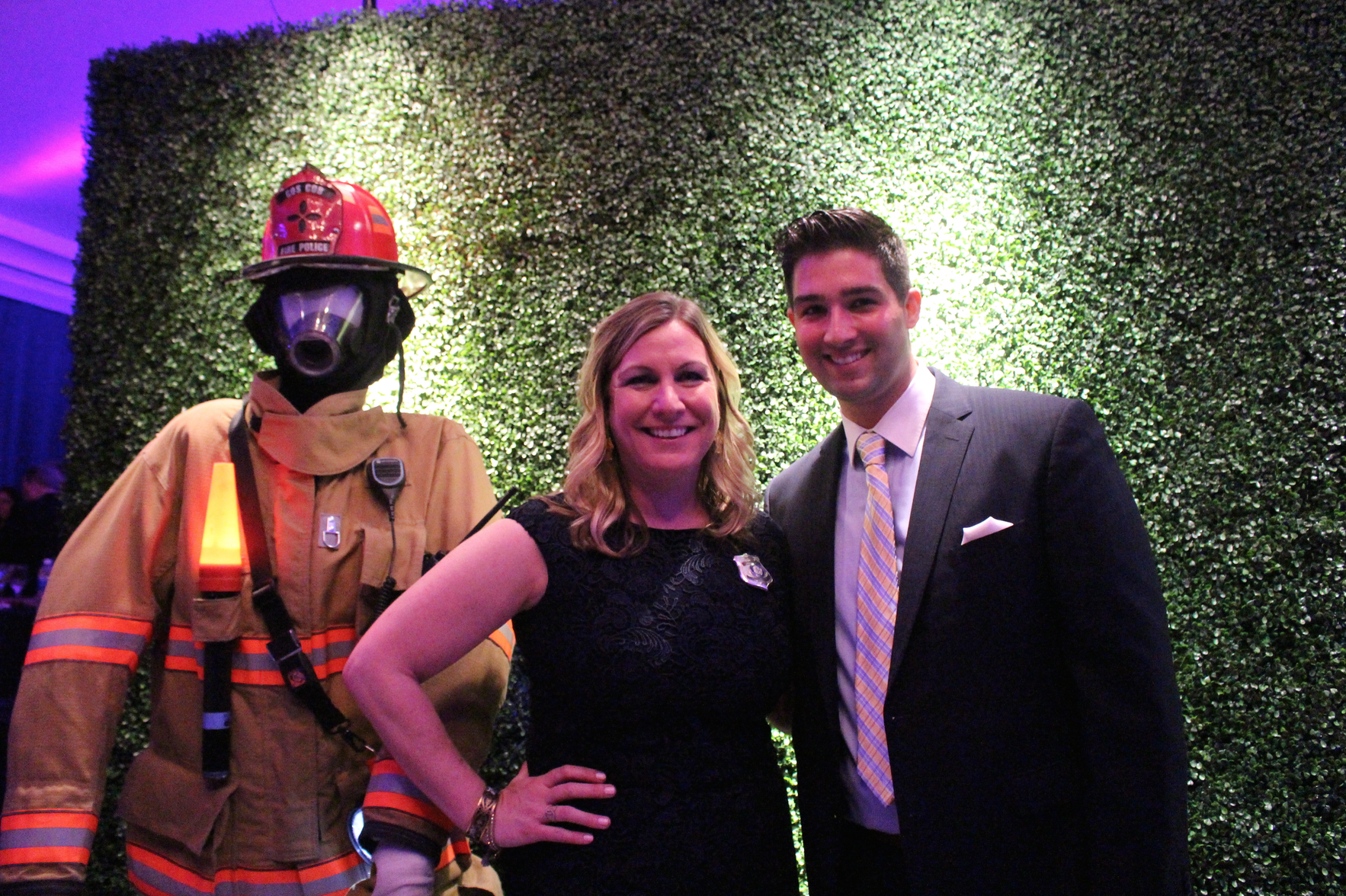 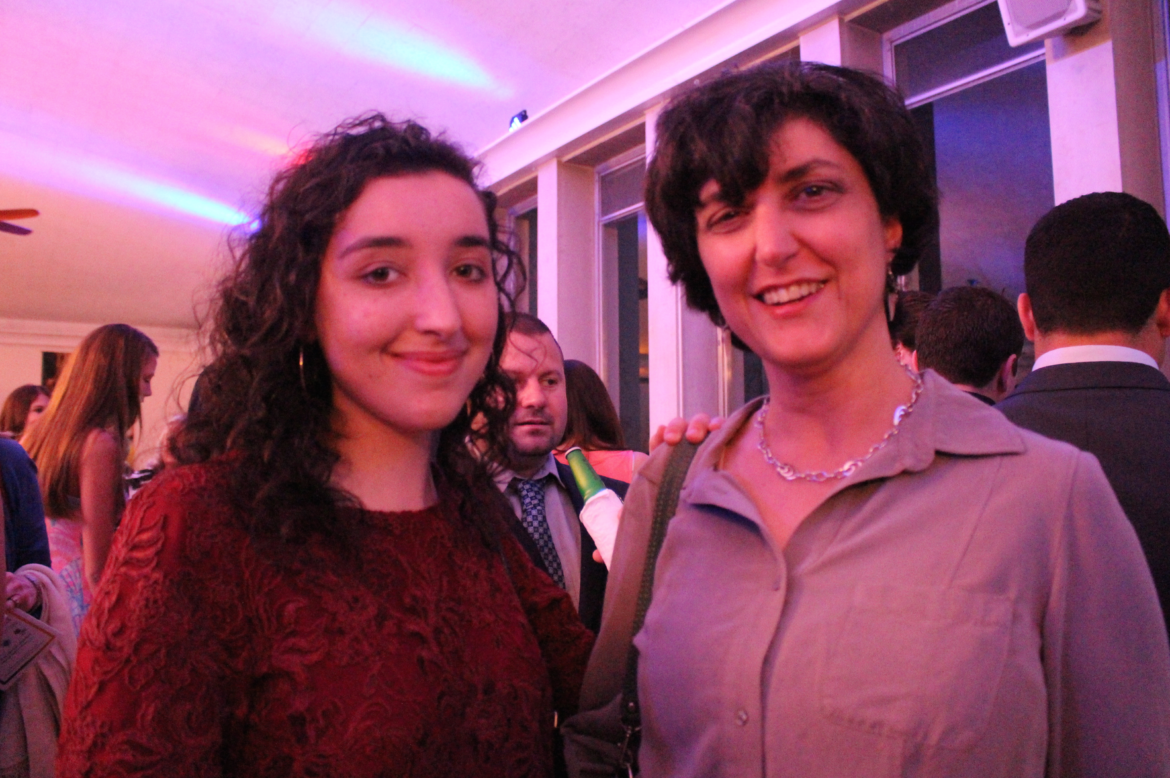 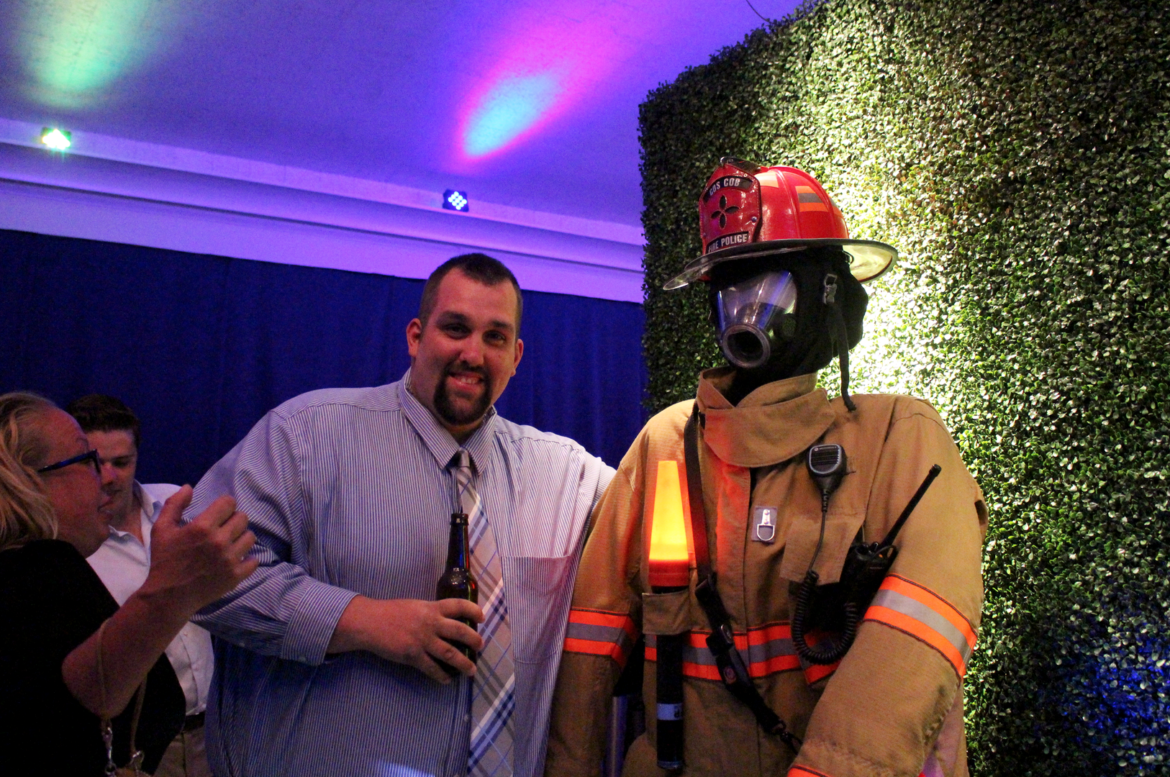 Jason Bein beside “Bob” who was modeling a Patrol uniform during the Cos Cob Fire Police Patrol benefit, April 23, 2016 Credit: Leslie Yager 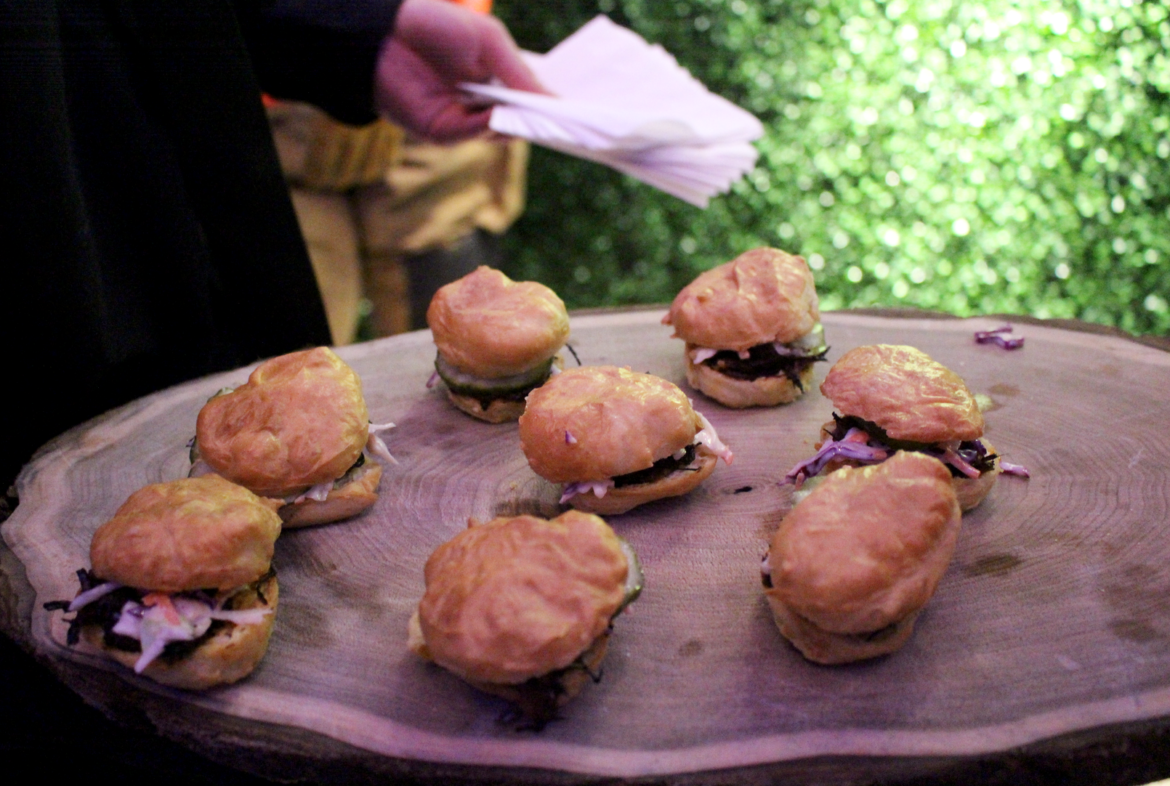 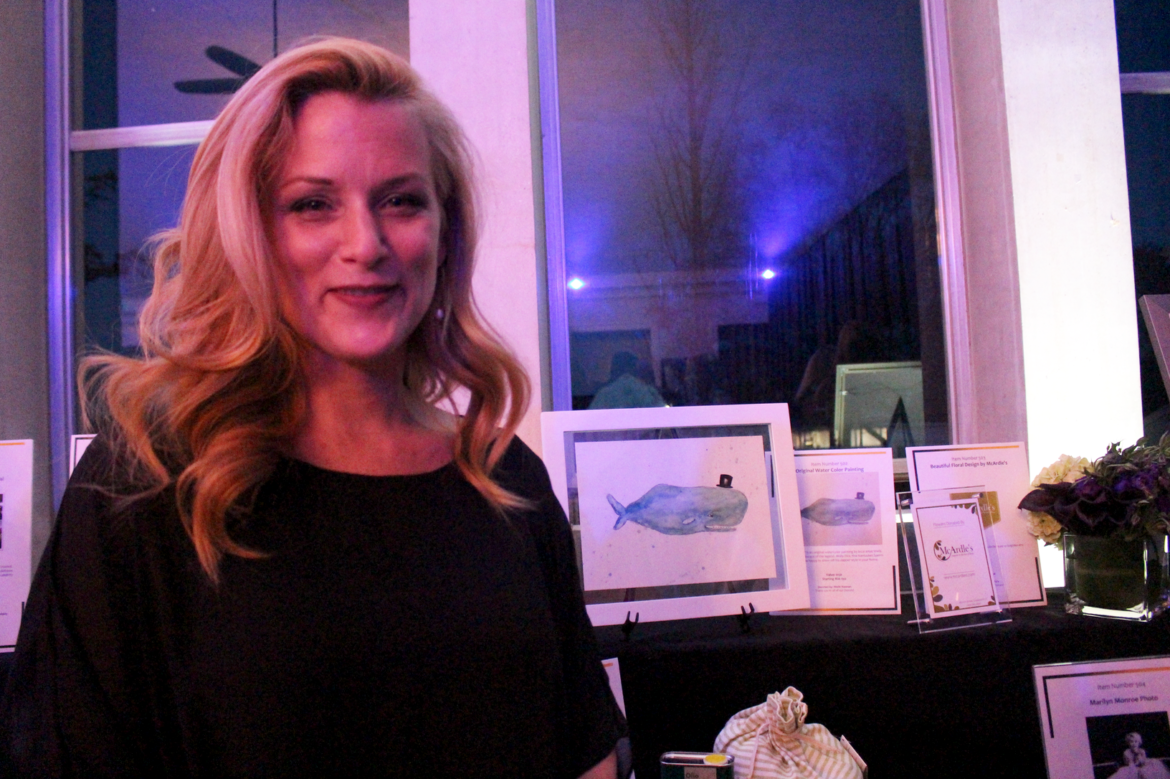 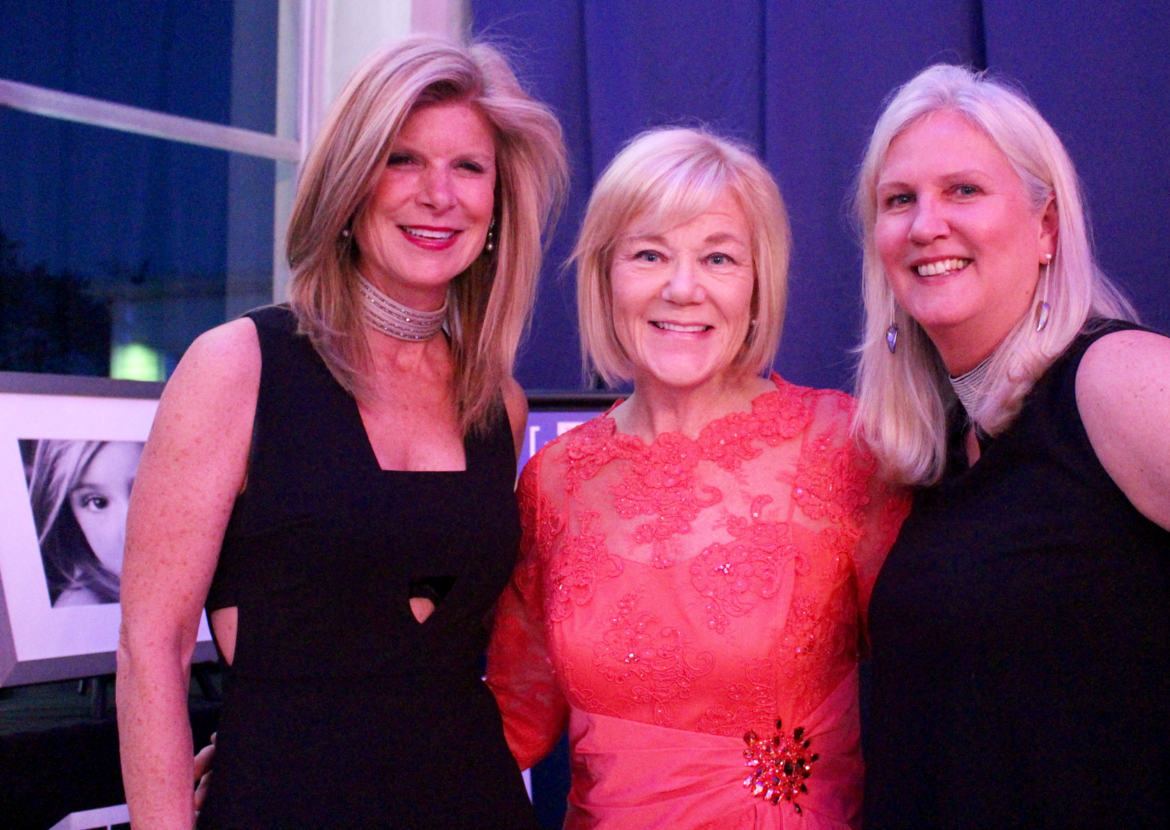 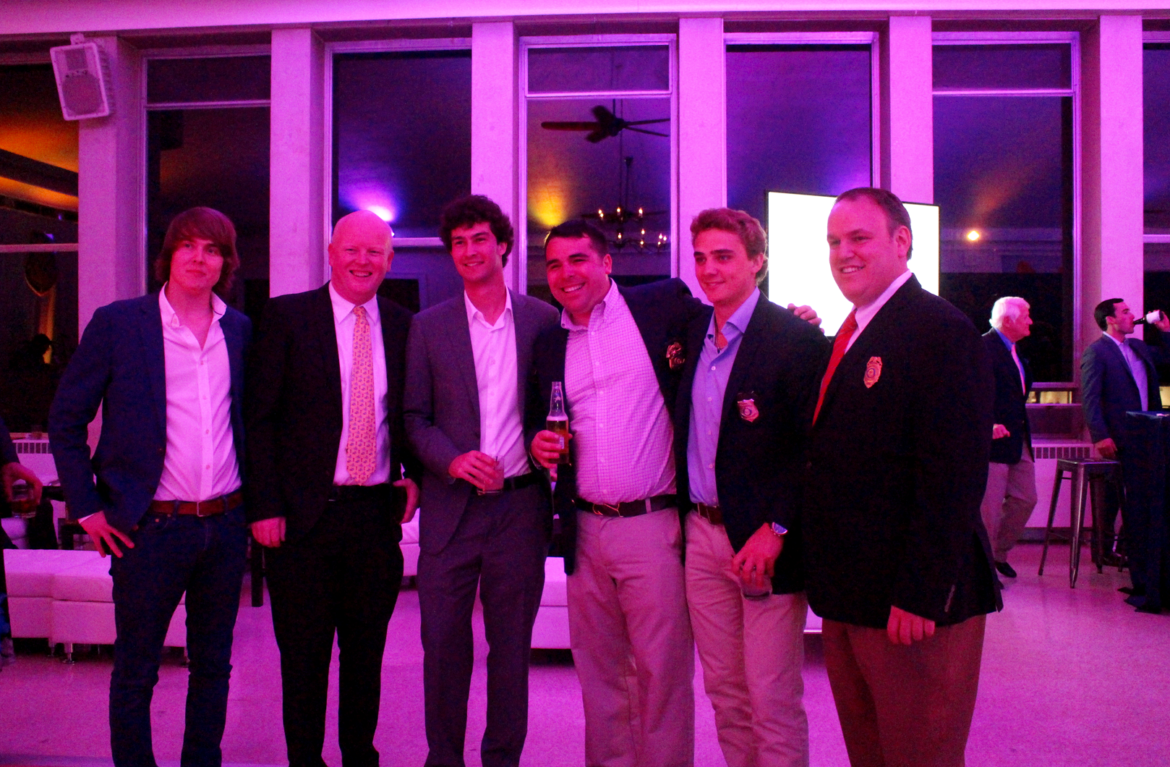 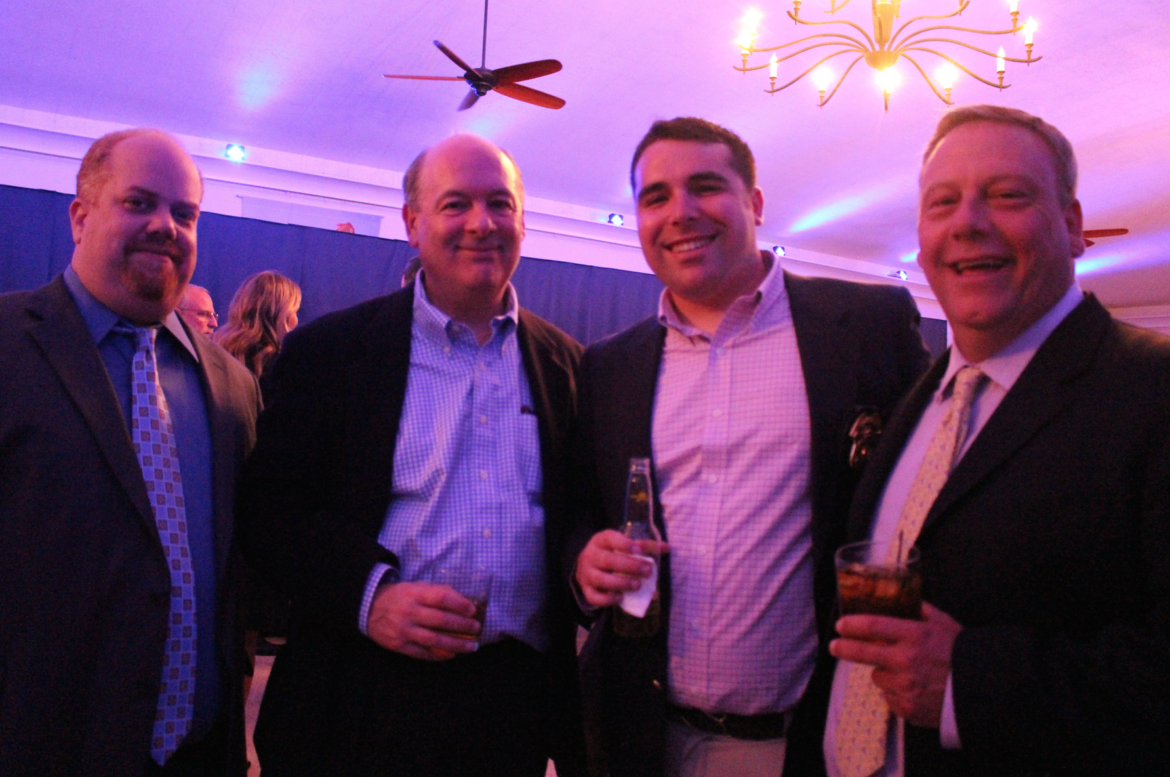 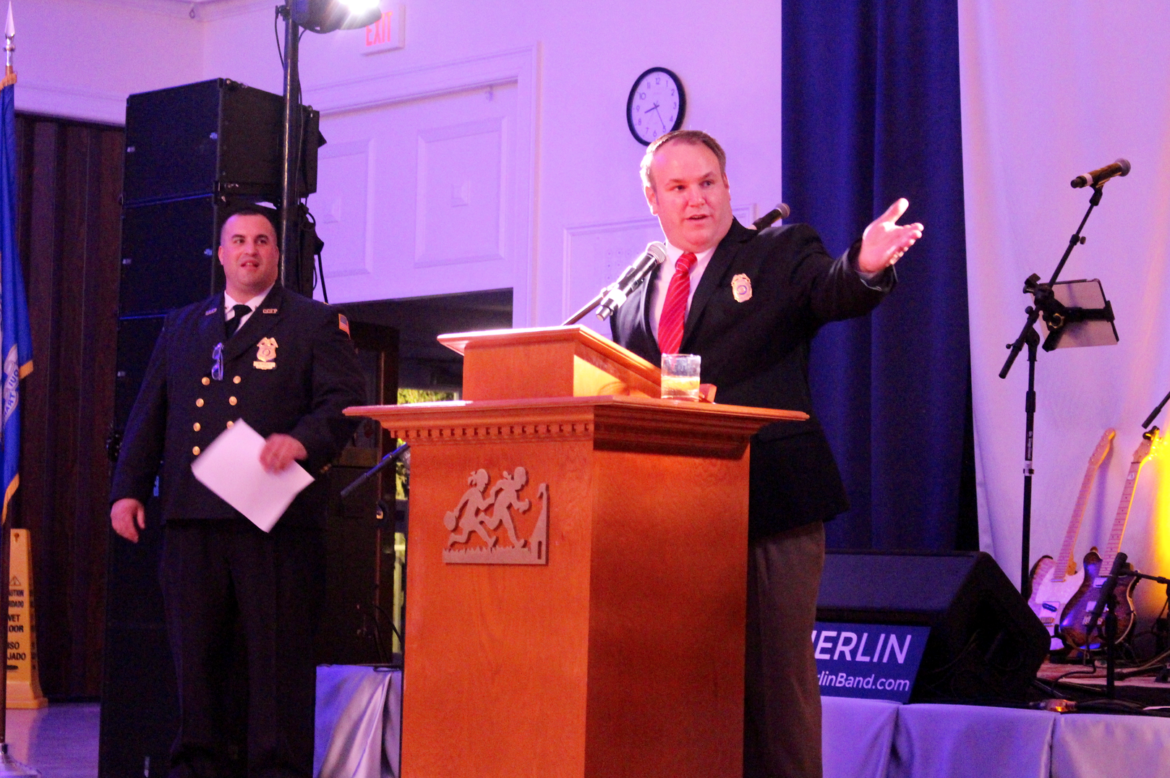 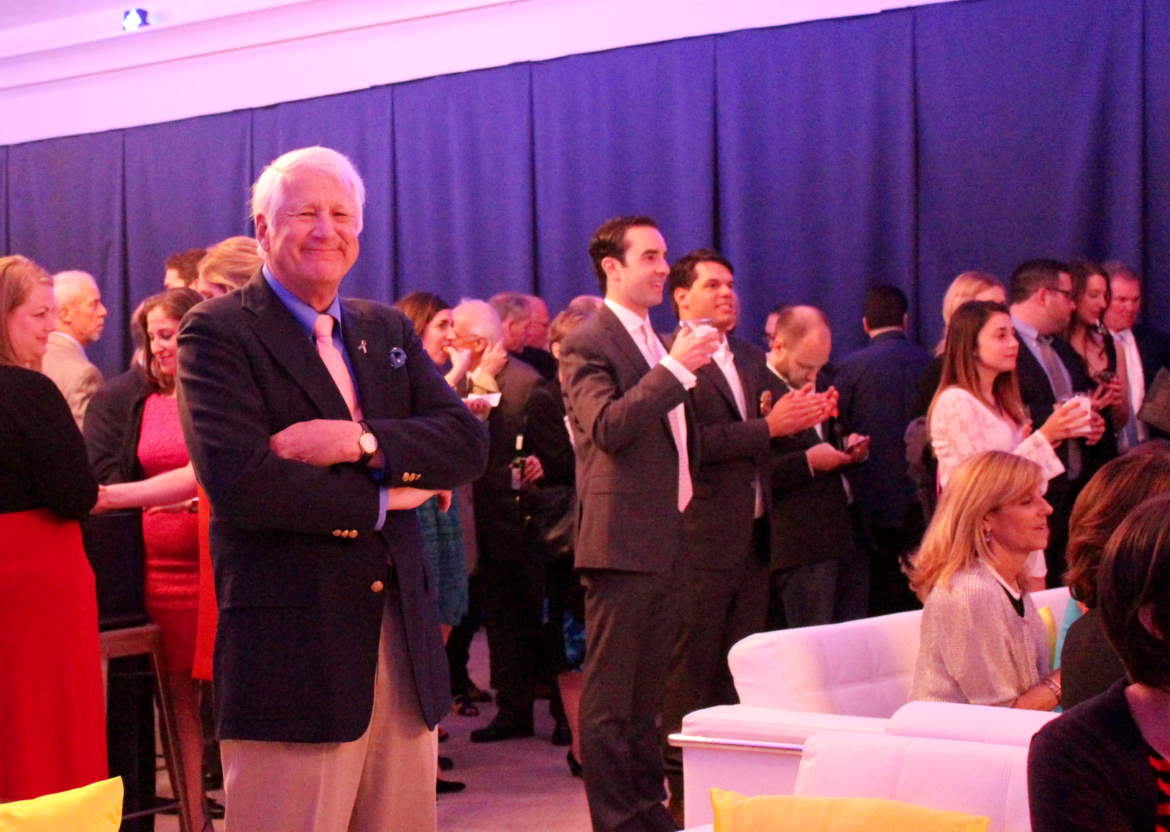 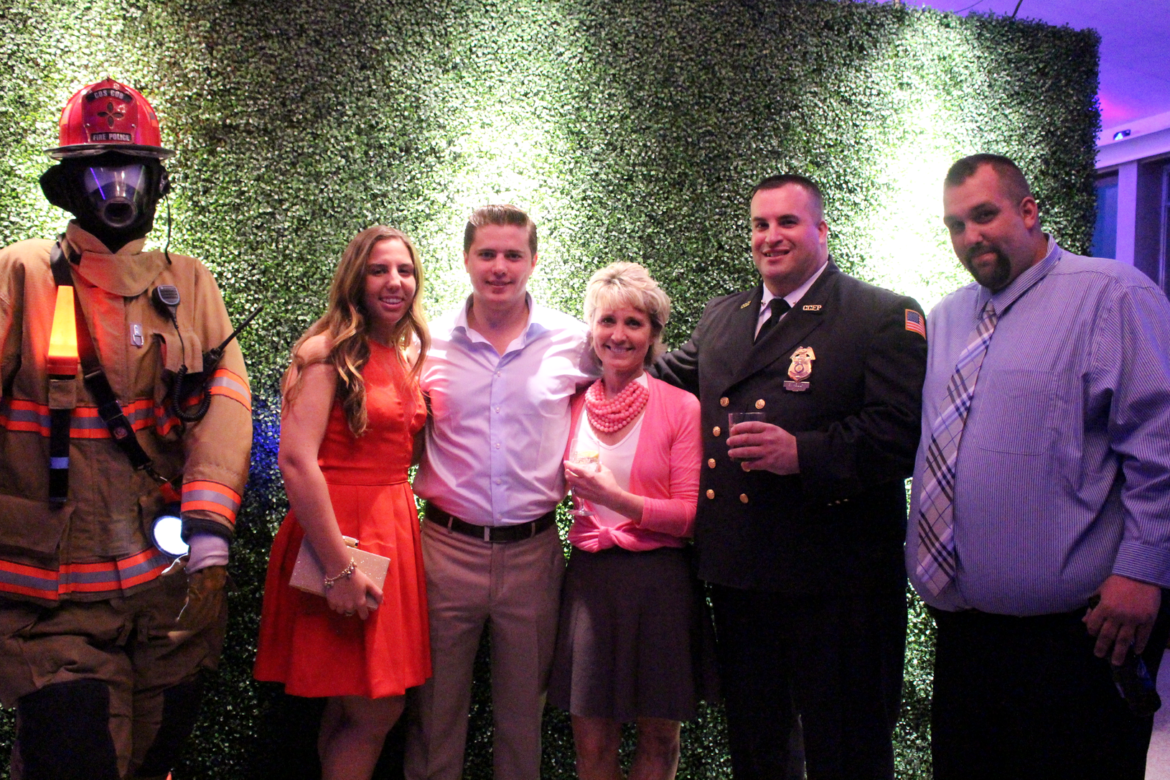 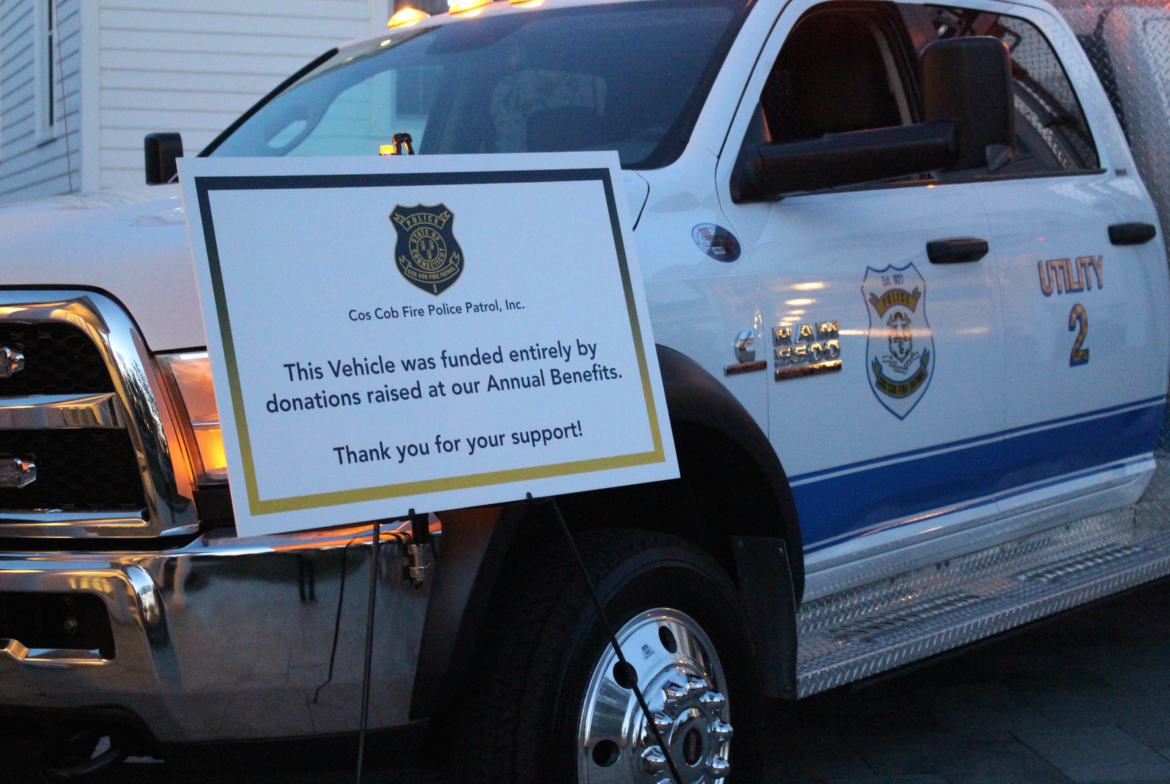 The Cos Cob Fire Police Patrol’s new Utility 2 truck was on display for guests to admire as they arrived at the third annual benefit. April 23, 2016 Credit: Leslie Yager

If you are interested in joining the Cos Cob Fire Police Patrol or any other volunteer fire company in Greenwich, please contact Chief/Greenwich Fire Dept volunteer coordinator Brian M Kelly  [email protected] and office line 203-618-8877

Cos Cob Fire Police Patrol: Last of the Mohicans