Six new members of the Cos Cob Fire Police participated in a swearing-in ceremony  on Wednesday night at the fire house in Cos Cob. 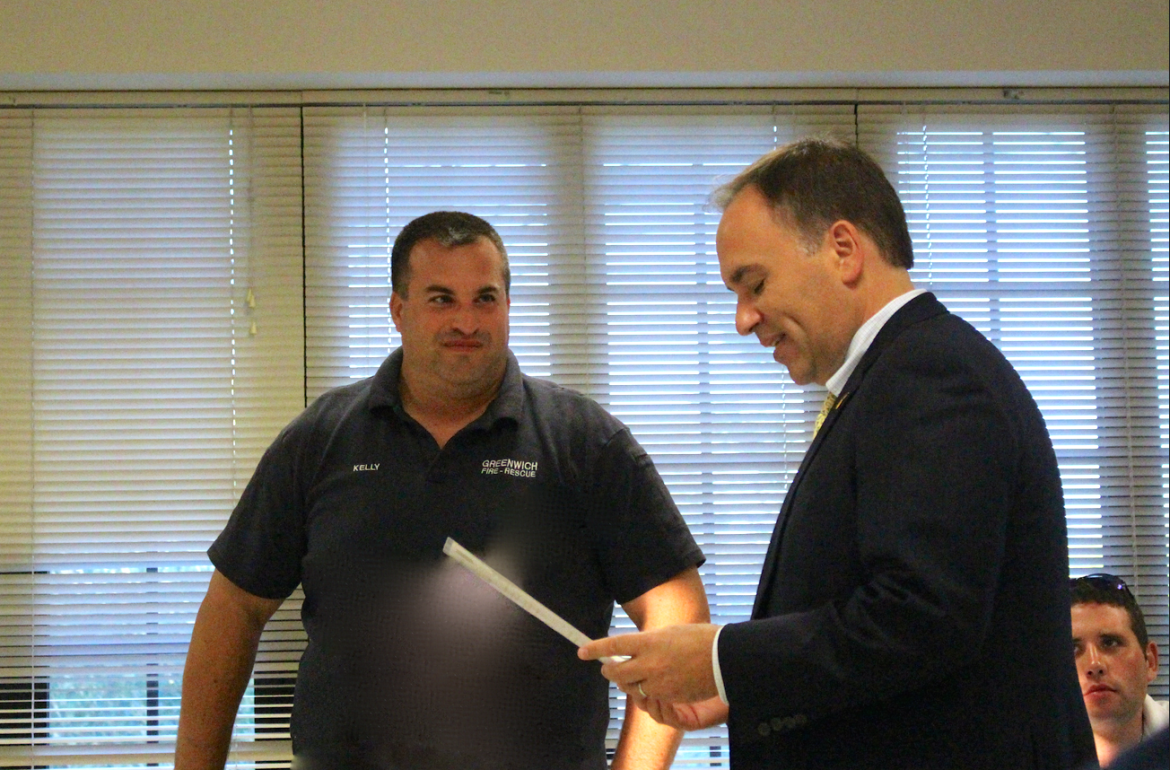 Brian Kelly, who joined the Cos Cob Fire Police Patrol back in 1994, looks on as Fire Commissioner Peter Tesei reads the oath to new patrol members on Aug. 12, 2015. Credit: Leslie Yager

Chief of Patrol, Brian Kelly, who also handles volunteer recruitment for the town, explained that fire police patrol members can issue tickets for non-moving violations, but, he said, “We’re not arresting officers any more,” referring to the period of time from the early 20th century until the 1980s when that was the case.

But, Kelly said to the new members, “You can legally write tickets when you have your gear on and badge in plain sight — for fire lanes, standing and parking only.”

The Patrol provides a variety of services to residents and first responders including firefighting, salvage operations, traffic and scene control at emergencies. The patrol responds to car accidents, downed wires and fires, for example. 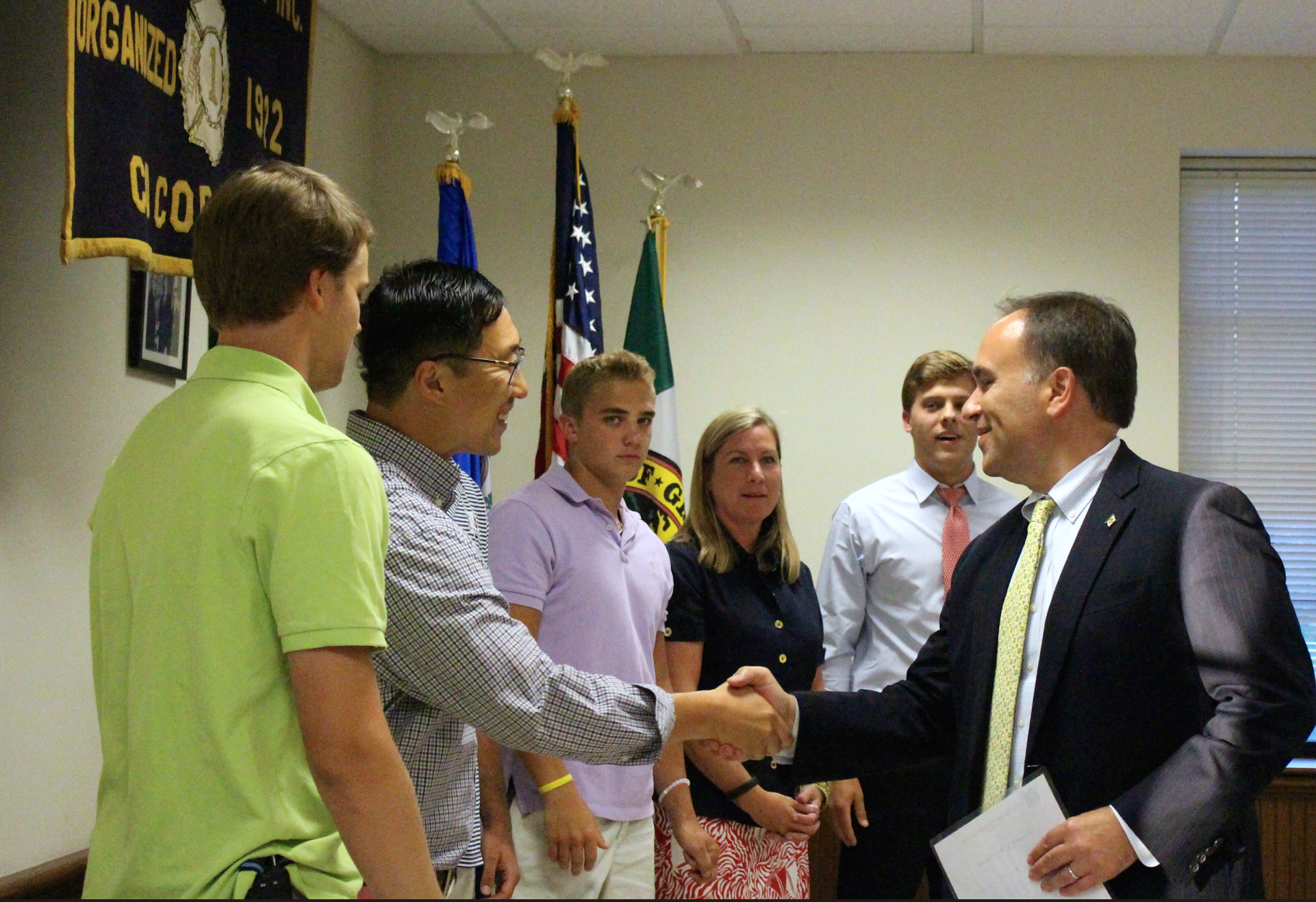 The new members of the patrol all successfully completed a probationary period before being sworn in on Wednesday night.

“I’ve seen the good work you do — whether it be at automobile accidents or fire scene  incidents — but most visibly when we have natural disasters and the Fire Police Patrol come to the aid of our residents,” Tesei said. “And that’s when they’re most vulnerable.”

Mr. Tesei reminded the group that the Town has finite resources. “Without volunteerism, we would not be able to provide the level of service that we do,” he said.

Congratulations to all the new members of the Fire Police Patrol. 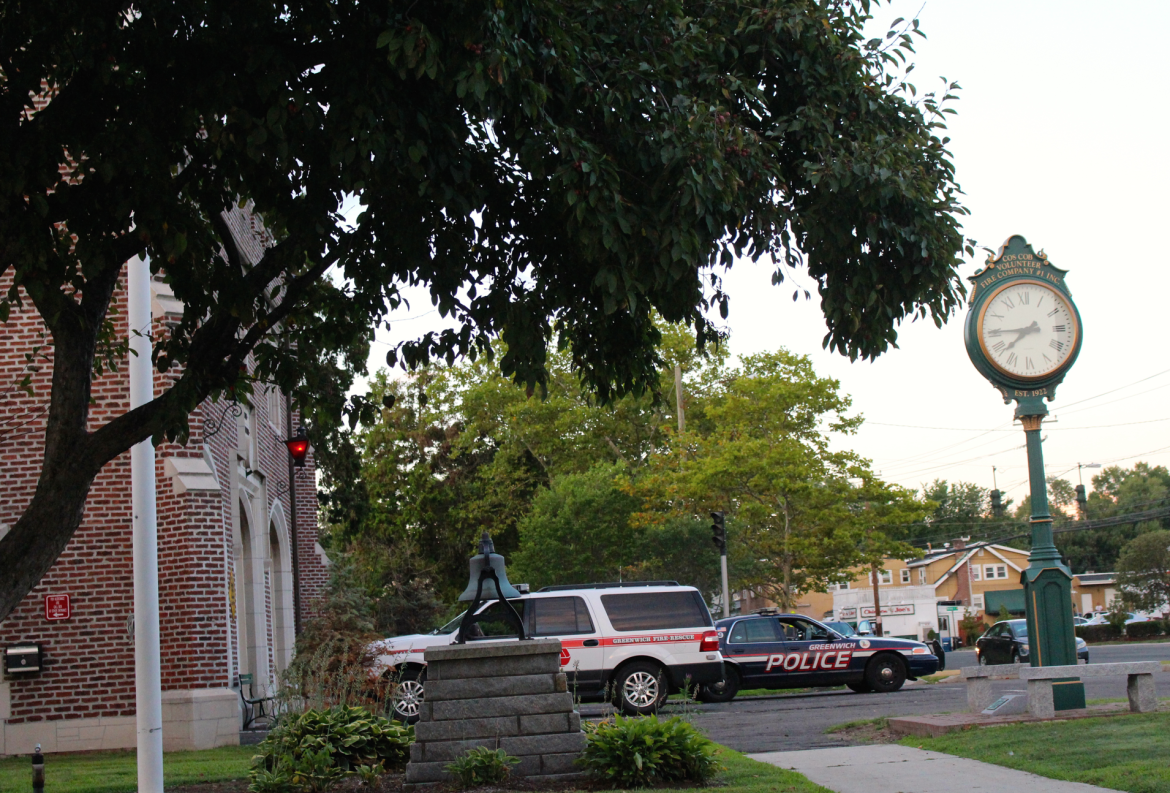