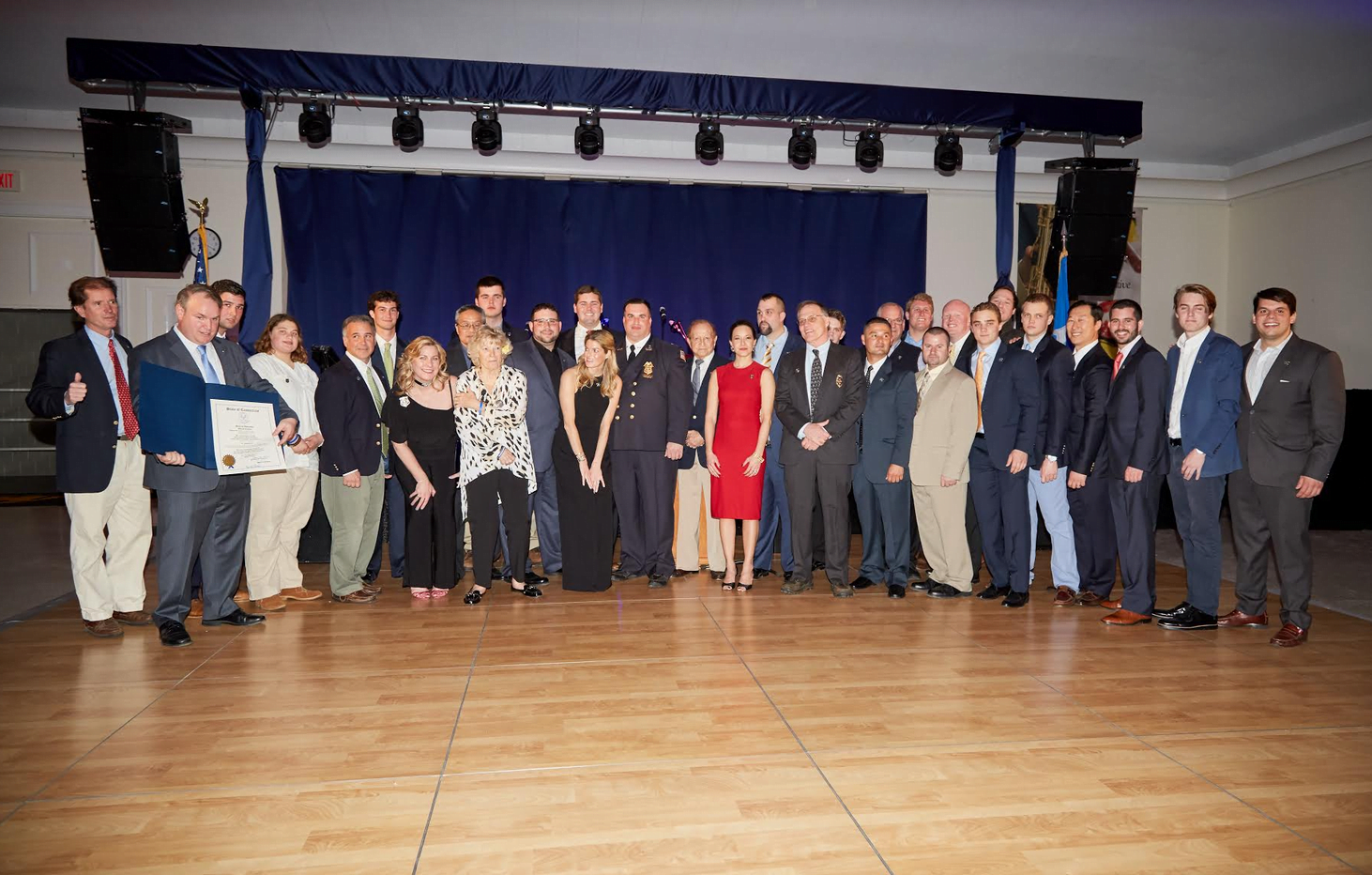 The Cos Cob Fire Police Patrol will honor Greenwich First Selectman Peter Tesei at its annual fundraiser being held at Greenwich Country Day School on Saturday, April 21. First Selectman Tesei will receive the Chief’s Award for his support for The Patrol and his service to the Town of Greenwich.

“These dedicated volunteers deserve our continued support as they remain committed to being on call 24/7 to ensure the safety and welfare of the more than 62,000 residents who call Greenwich home,” Tesei said. “The Fire Police Patrol is in part, one of the reasons why Greenwich was named in 2017 as the Safest City in America to raise a family.”

In addition to his government service, First Selectman Tesei serves on the Board of Directors of numerous local nonprofits including the Greenwich Counsel of the Boy Scouts of America, American Red Cross, and The Greenwich Symphony Orchestra.

He embodies the volunteer spirit which makes Greenwich such a dynamic and strong
community.

Past recipients of the Chief’s Award include Fred Camillo, Bobby Valentine and Paul Hicks.

OnTheMarc Catering will provide a scrumptious menu, and guests will be treated to cocktails and dancing to the music of The Richie Vance Orchestra. The event will feature a live and silent auction, featuring several one-of- a-kind items, and experiences. In addition, a wish list of equipment and gear the organization has compiled for its needs this year and a commemorative event journal will be given to all guests.

The Cos Cob Fire Police Patrol, Inc. is an all-volunteer, not for profit organization dedicated to protecting the residents of the Town of Greenwich since 1927. The Patrol provides a broad spectrum of services to residents and first responders including firefighting, salvage operations, traffic and scene control at emergencies. One of the few nationwide organizations remaining which specialize in the art of salvage work, The Patrol specially trains its members to protect valuable personal property, inside of a home or business, in an emergency that could otherwise be destroyed due to fire, water or smoke damage. The Patrol proudly serves the entire town of Greenwich. The Patrol is under the command of its own Chief.

Last year, The Patrol responded to over 1,000 emergency calls. The Patrol’s dedicated members are all volunteers who train and donate their time solely out of love for what they do. Each of the approximately 30 service members of The Patrol must train for over 100 hours to secure their part in the organization. Members of the Patrol are a diverse group of men and women from many professions. In addition to service members, the associate, honorary and veteran members, volunteered over 5,000 hours to the Town and its citizens through community outreach, support, meetings and training in 2017
alone. They don’t stop. Whether it is learning or giving of themselves to the community, members of The Patrol are dedicated to serving the needs of the citizens of the Town of Greenwich.