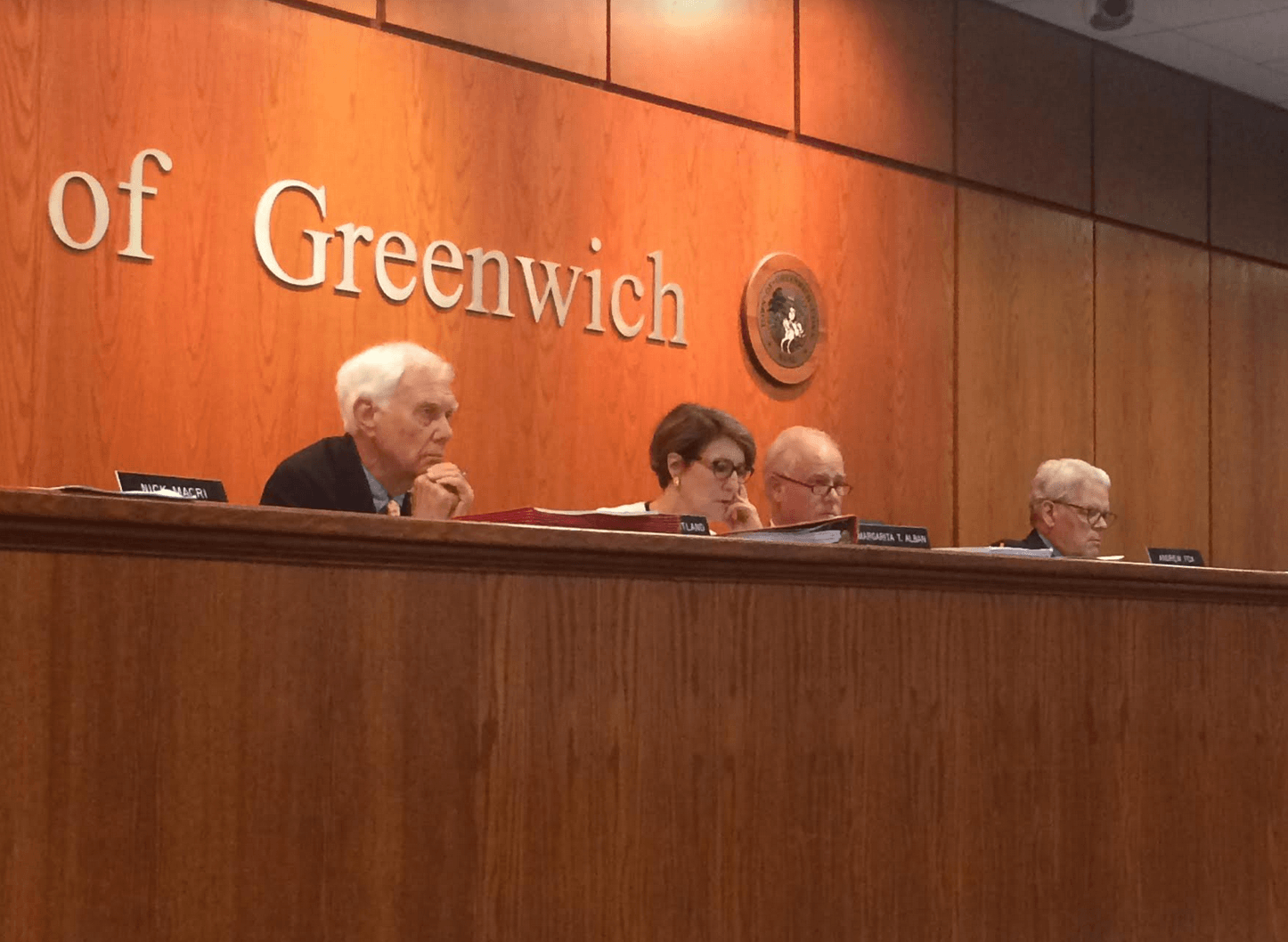 On Tuesday night an application from Music & Arts for a Site Plan in the CGBR Central Business Retail Zone at 22 West Putnam Avenue was denied.

Commissioner Nick Macri recused himself and alternate Victoria Goss sat in for him.

Peter Levy did not attend. Dennis Yeskey was seated for him.

Music & Arts is a chain with over 150 locations. The store sells musical instruments and sheet music. They created four small rooms at the back of the store, which their attorney John Tesei referred to as “chambers,” which they sought to use for private lessons.

Tesei described the lessons as an ancillary use taking up 15% of the space on the premises.

The zoning regulations do not include a definition of a school.

The CGBR zone allows Use Group 1*, which includes fitness clubs, gyms and group fitness centers. In fact, across the street and down a bit is DeVita Karate and Allegra Dance Greenwich at 37 West Putnam Ave.

Tesei said the first half of the definition, what is considered a personal service, should prevail over what is not, and that private instrument lessons constitute physical conditioning.

“At the end of the day maybe we’ll find out from a higher authority,” he said.

Commissioner Alban said the Commission has had two applications in the last ten years for businesses that proposed to provide music lessons in this zone and they were not allowed.

“We treated both of them as school use, educational use, one on the east side of town in the (former) Estate Treasures building,” she said referring to School of Rock. “And another, Greenwich Music. …We have treated music lessons as school use.”

The regulations do not include a definition of a school.

“This is a good time to correct the mistakes of the past,” Tesei said, adding that one of those two applications was for School of Rock, which he represented. He said that application was for a primary use of group lessons, not an ancillary use of one-on-one lessons, and therefore not a good comparison.

The other application was Greenwich Music who were treated as a school. Greenwich Music is now located at 1200 East Putnam Ave where they do offer private instrument lessons.

P&Z chair Richard Maitland said said the Zoning Enforcement Officer had determined the lessons were an educational use and therefore not permitted.

Ms. Alban said the Commission had declined an application from a retail store in the same zone that wanted to teach people how to make candles as a secondary use.

“We ruled that would also be teaching something,” she said. “We’ve been very consistent.”

“I get that I’m not changing your mind, but I think a court would differ with your interpretation,” Tesei said.

Greenwich Music’s attorney James Fulton had his turn to speak during public comment.

“My client also sells musical instruments and gives lessons one-one-one and you’ve always treated him as a music school, so this should be treated the same way,” Fulton said. “This is an educational facility. It cannot be a personal services establishment. This music school is not permitted in this zone.”

As far as parking and student drop off, Mrs. Alban asked if there was a designated drop off area behind the building, noting that West Putnam Ave is a busy road.

“It’s was something that we would engage with the commission on,” Tesei said, adding that he believed most parents would park and bring their child inside.

“We were always going to provide that parents would be told you can’t double park and have to walk your child in. We have access to the rear of the property where parents can drop off. There could be a designated drop off area.”

Tesei said he had a letter from the building owner indicating there is potentially additional parking behind the building because office tenants would not use those spots in the evening or weekends.

“I think in terms of safety this could work out quite well,” he said.

P&Z director Katie DeLuca pointed out that driveway is narrow. “The driveway only holds one car,” she said.

Tesei acknowledged it is a single lane and parents could still use it to access the rear of the building, drop off, and turn around.

Ms. Alban made a motion to approve the application, with a note that applicant did not have an established drop off procedure and that the application was submitted as a Personal Services Establishment. Only commissioner Andy Fox seconded the motion.

Ms. Alban made a second motion to deny the application. The commission voted unanimously to deny. 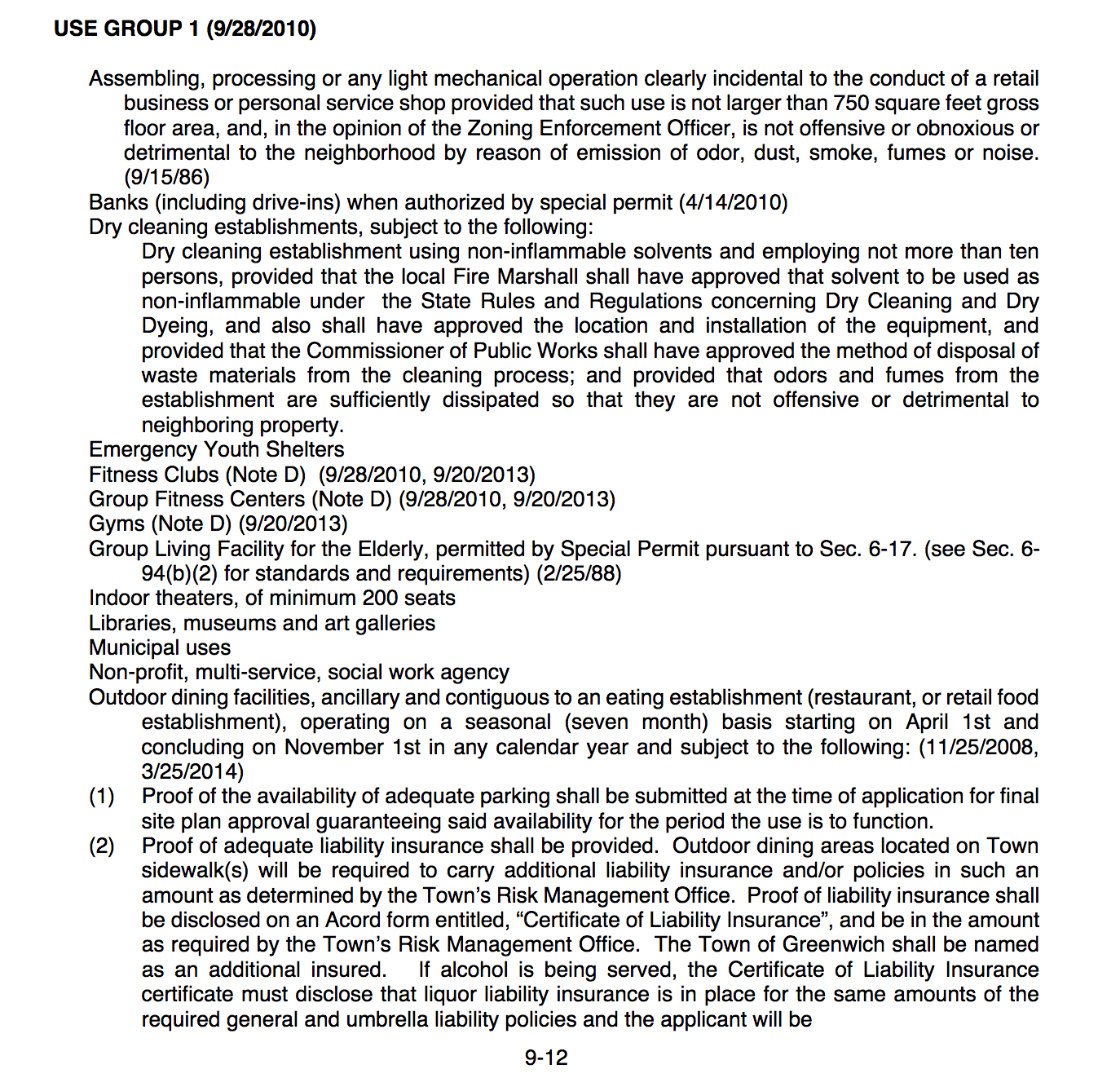 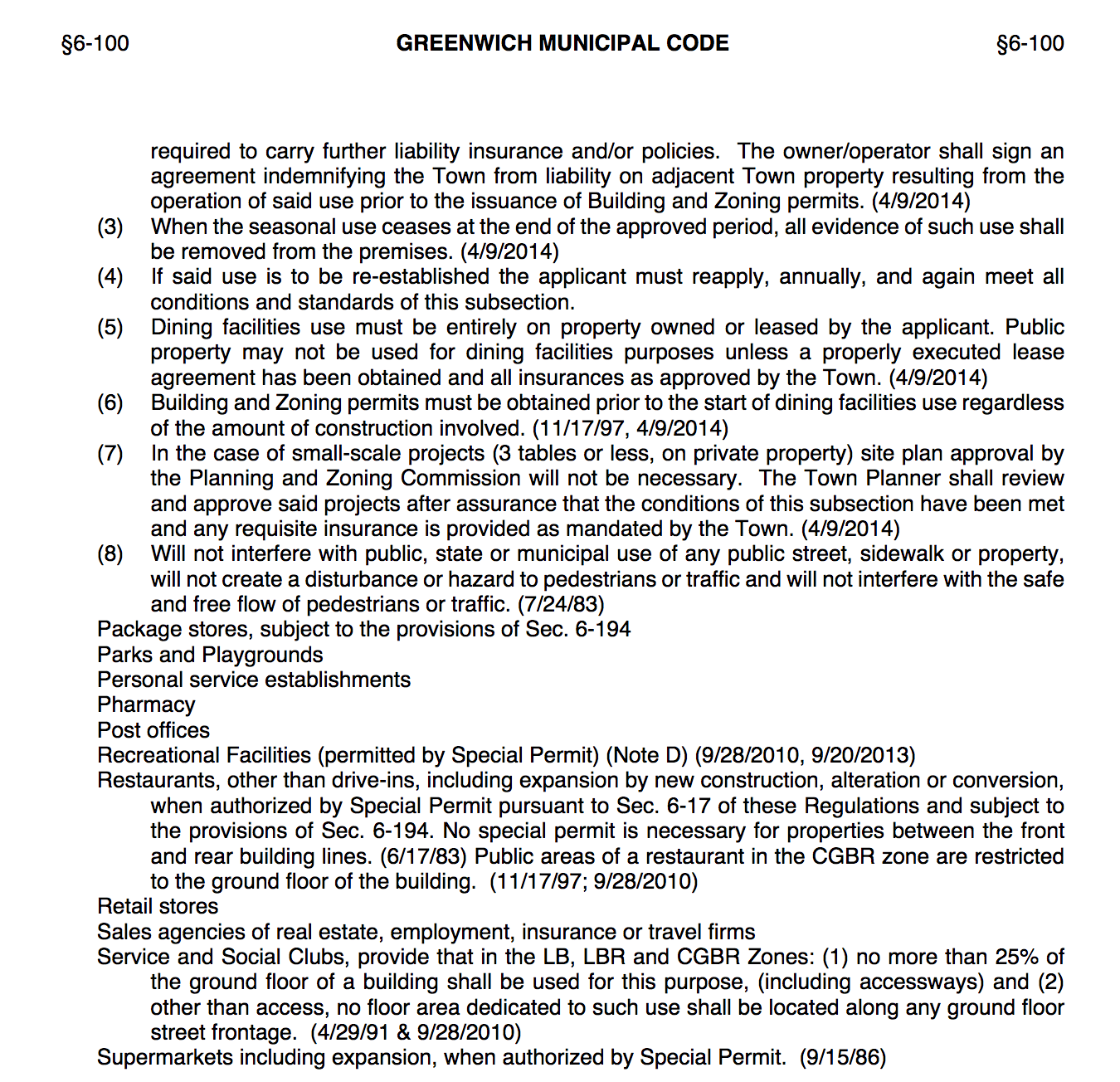