The crew moving the sets and adjusting the spotlights are the tech crew of the GHS theater department, and they keep every production moving smoothly.

At the head of this crew is tech director and teacher, Scott Borowka. 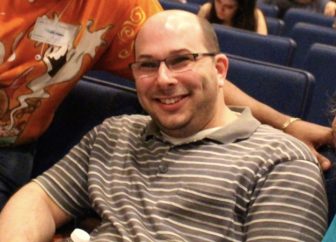 Mr. Borowka has been working as the tech director and theater workshop teacher for 12 years.

He learned about the opening from a friend who had worked in the same position for three years.

Borowka, who studied light design in college, happily accepted the role and soon has been the backbone of GHS theater ever since.

Borowka explained that the setup for each show takes a lot of planning and thought. In some aspects every show has a similar set-up (depending on which stage is used), but each show still must have its own form of appeal.

The Performing Arts Center, completed a few years ago, holds 1,300+ people with a 60 foot wide stage and hydraulic pit that drops 9 feet below ground to hold a full orchestra.

Mr. Borowka described the space as “a technical dream.”

In a space like the Performing Arts Center there are possibilities for a fly-rigging system to swing different props, sets and 25 foot tall background drops to make scene changes easier and more believable. 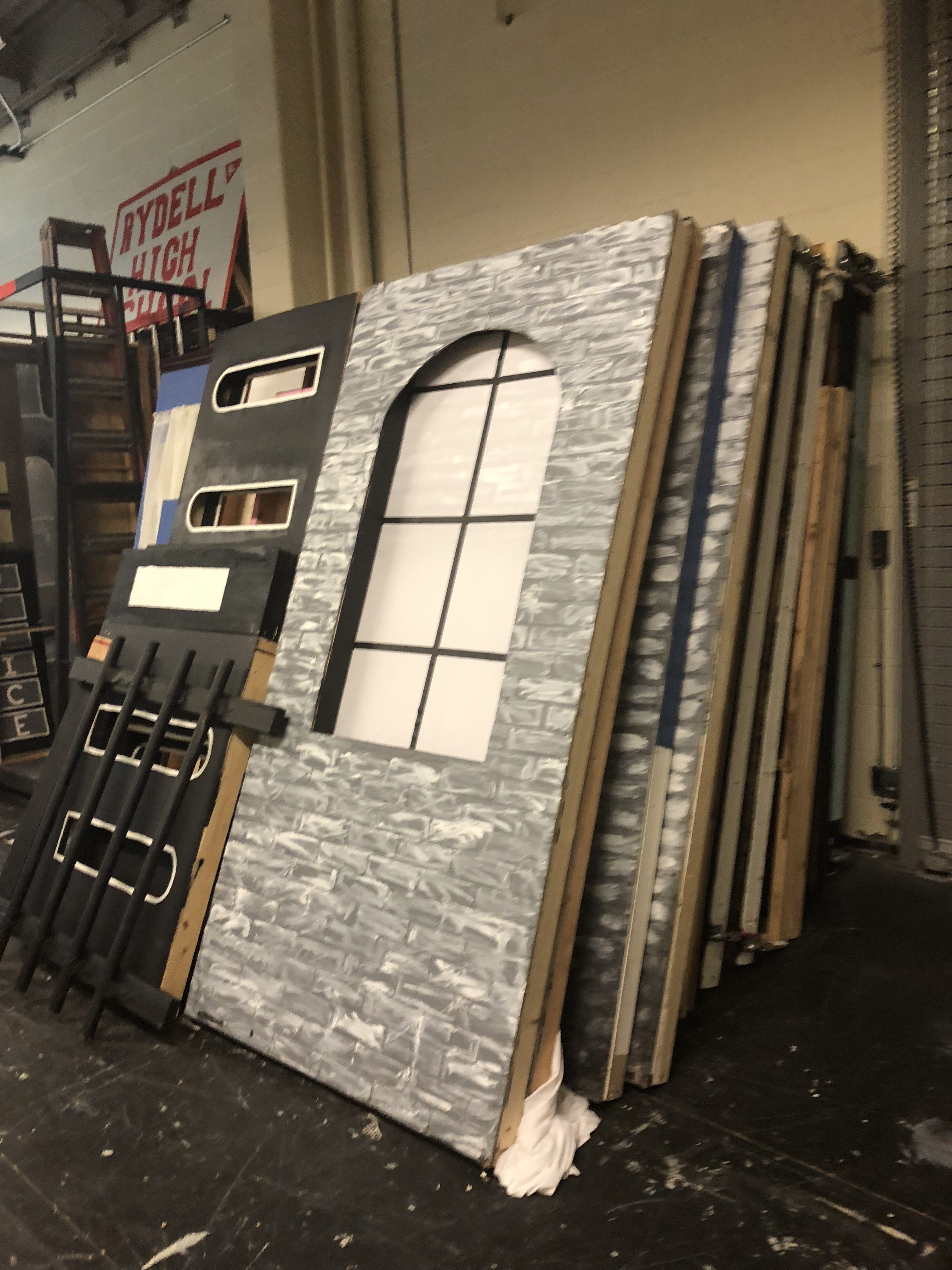 One of the large castle set-piece that was able to be used in this year\’s production of Beauty and the Beast. Photo: Maya Thompson 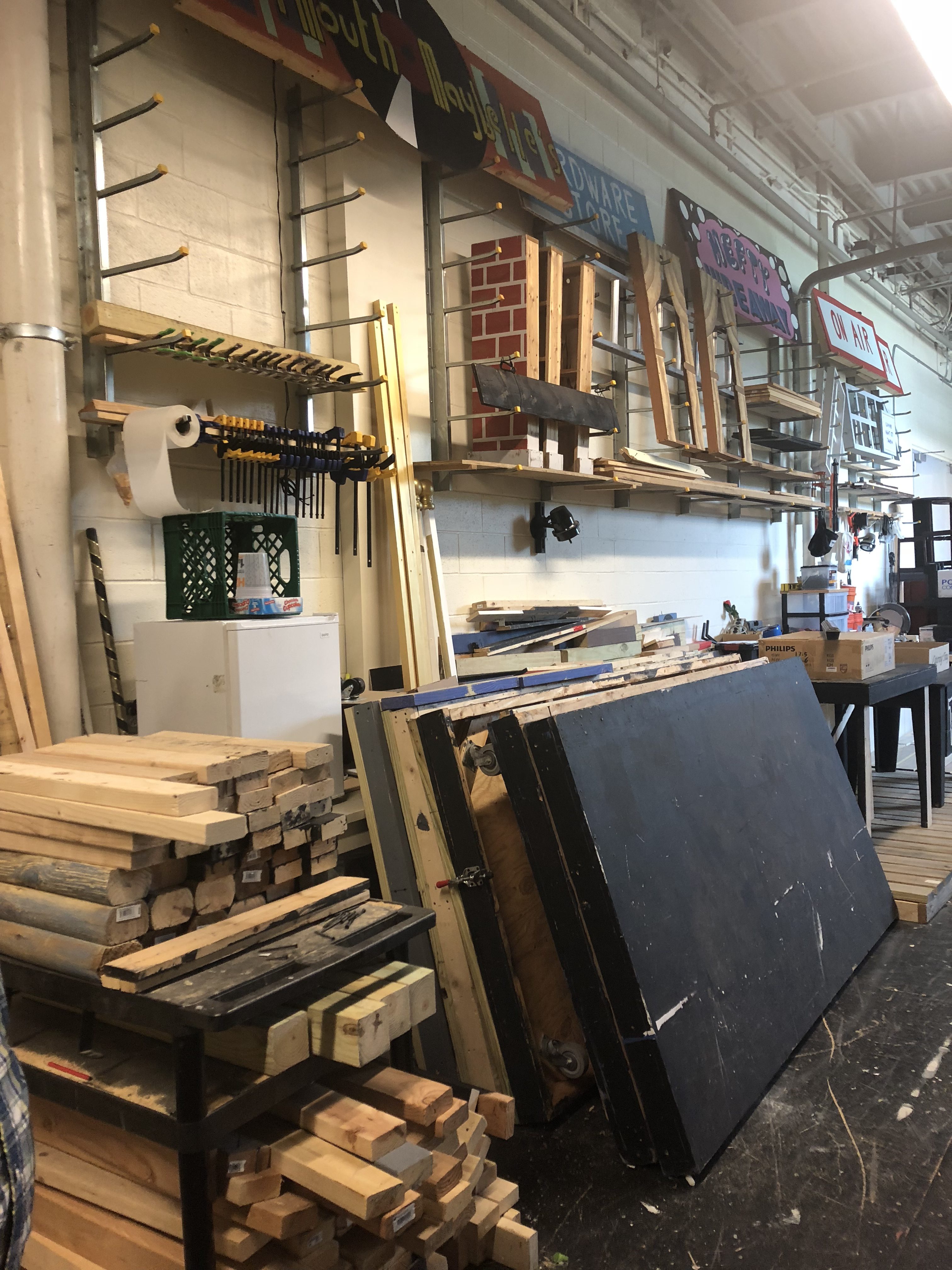 The complicated set pieces and tool back stage used by the tech crew. Photo: Maya Thompson

In the black box theater, it’s more of a puzzle. Which is why, for the Shakespeare play that will be performed in the fall, Borowka and director Richard Kohn have already started their planning.

Borowka explained that most shows in the black box rely on one solid setting, which is then worked on for most of the first quarter to make sure it is believable.

The placement of the audience must also be considered because in the back box, the audience seating takes up most of the sides of the stage. Therefore, the set must open to those sitting on the side as well.

This year, the winter play Rumors by Neil Simon stripped half of the left-side seats to make way for an actual staircase that opened up for the right-side audience to see. 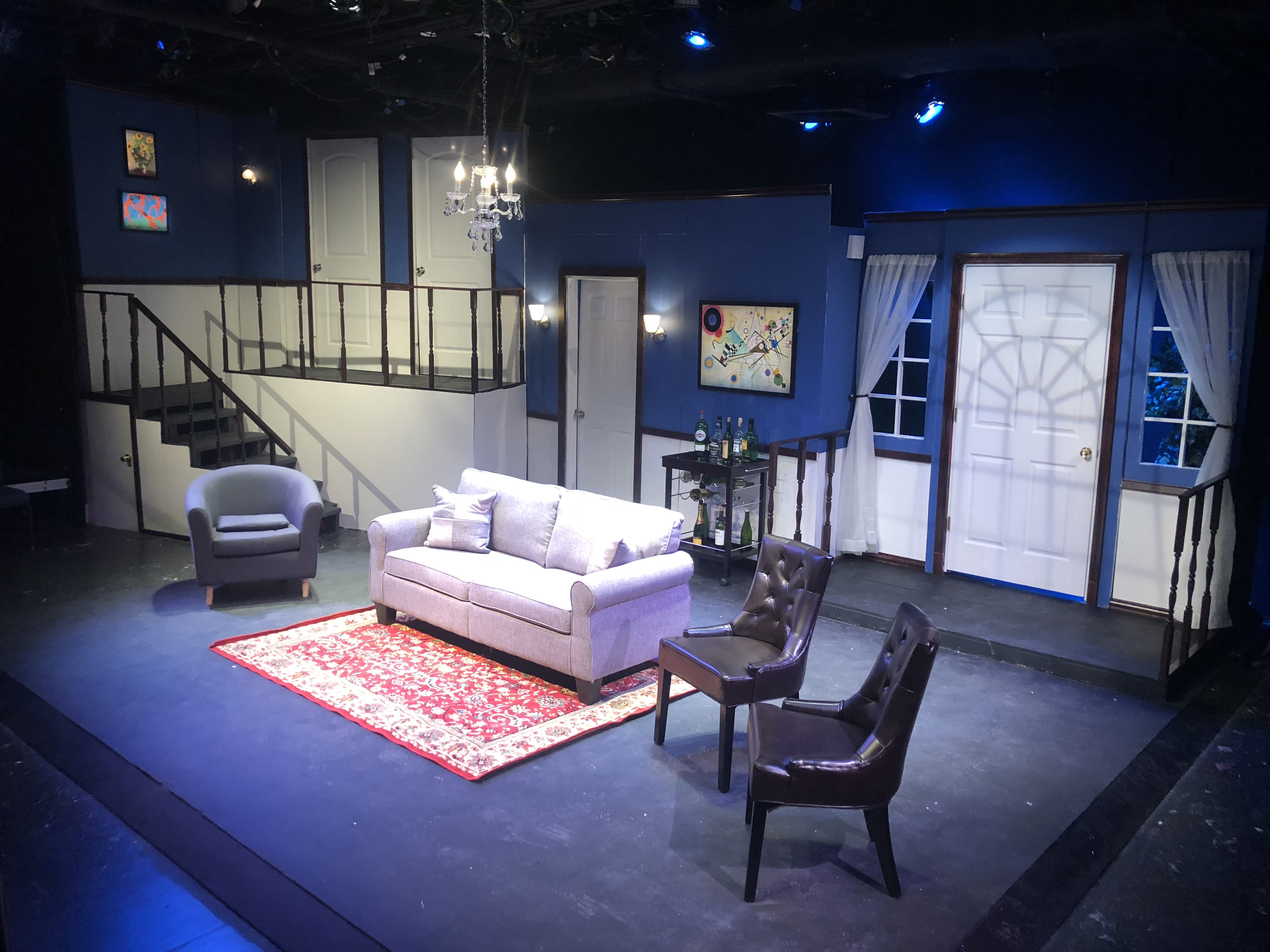 The set of Rumors that was used this winter. Photo: Scott Borowka

As said before, Borowka went to school for light design and says this is the reason for Greenwich High School’s growth with every show.

He explained that advancements in technology have made the shows significantly better. The set are very “concrete” and physical, but lights are what really “dazzles the audience,” he said.

In addition to the spotlights, there are also LED floor lights on the edge of the stage that change the look and feel of every show.

It’s a balance of lights and shadows that not only make the stage seem like there are more people, but also change the entire mood of the scene before you. 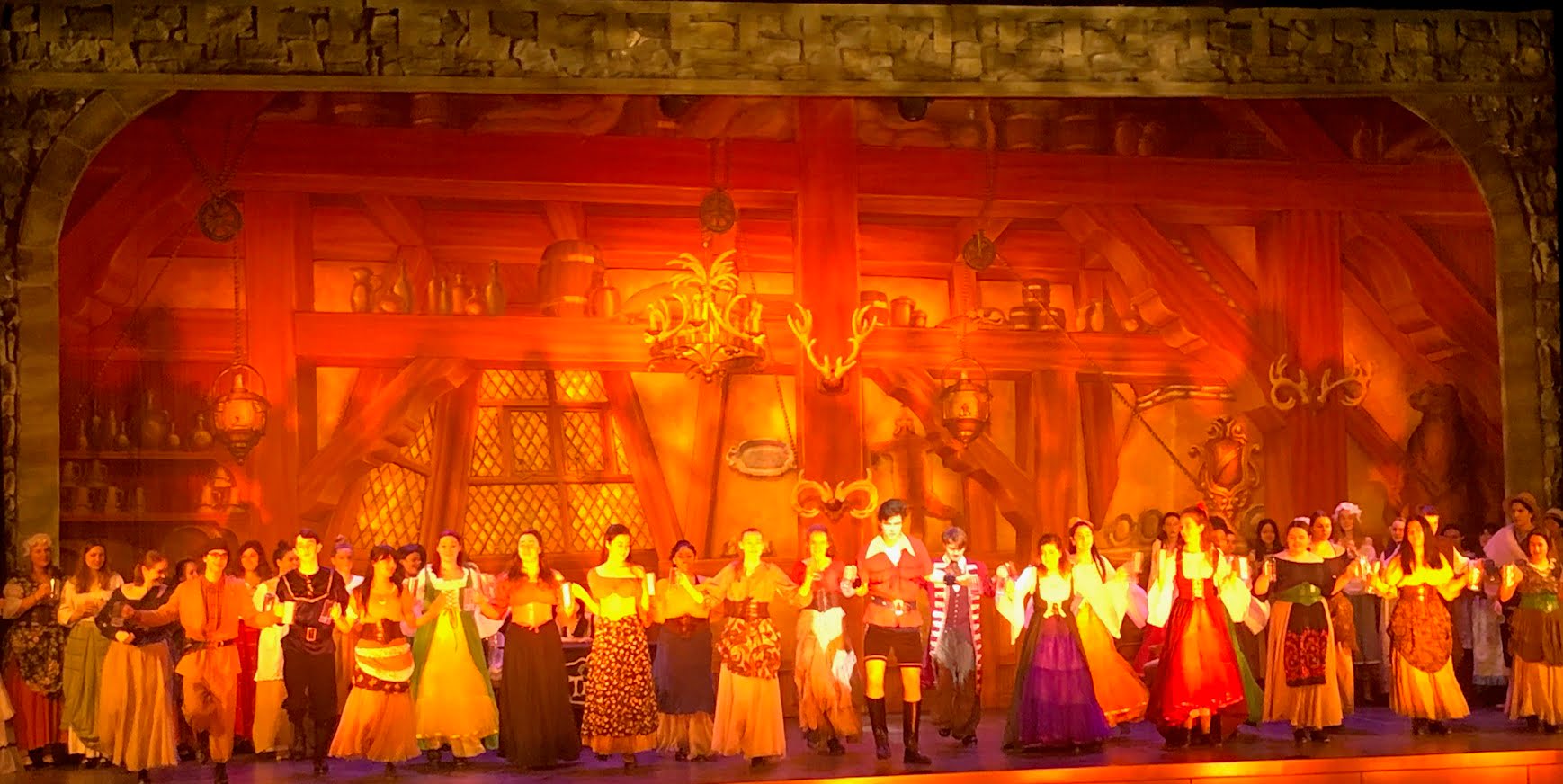 The setting of “The Tavern Scene” during the song “Gaston” of Beauty and the Beast. Photo: Scott Borowka

The Tavern scene during Beauty and the Beast, this year’s spring musical, was meant to feel cheery and lively, full of people who wanted nothing but to drink and admire Gaston.

The amber glow from the Floor LED lights cast a warm, safe feeling across the cavern, yet the shadows made it feel as if there were a dozen more people on stage than there actually were. 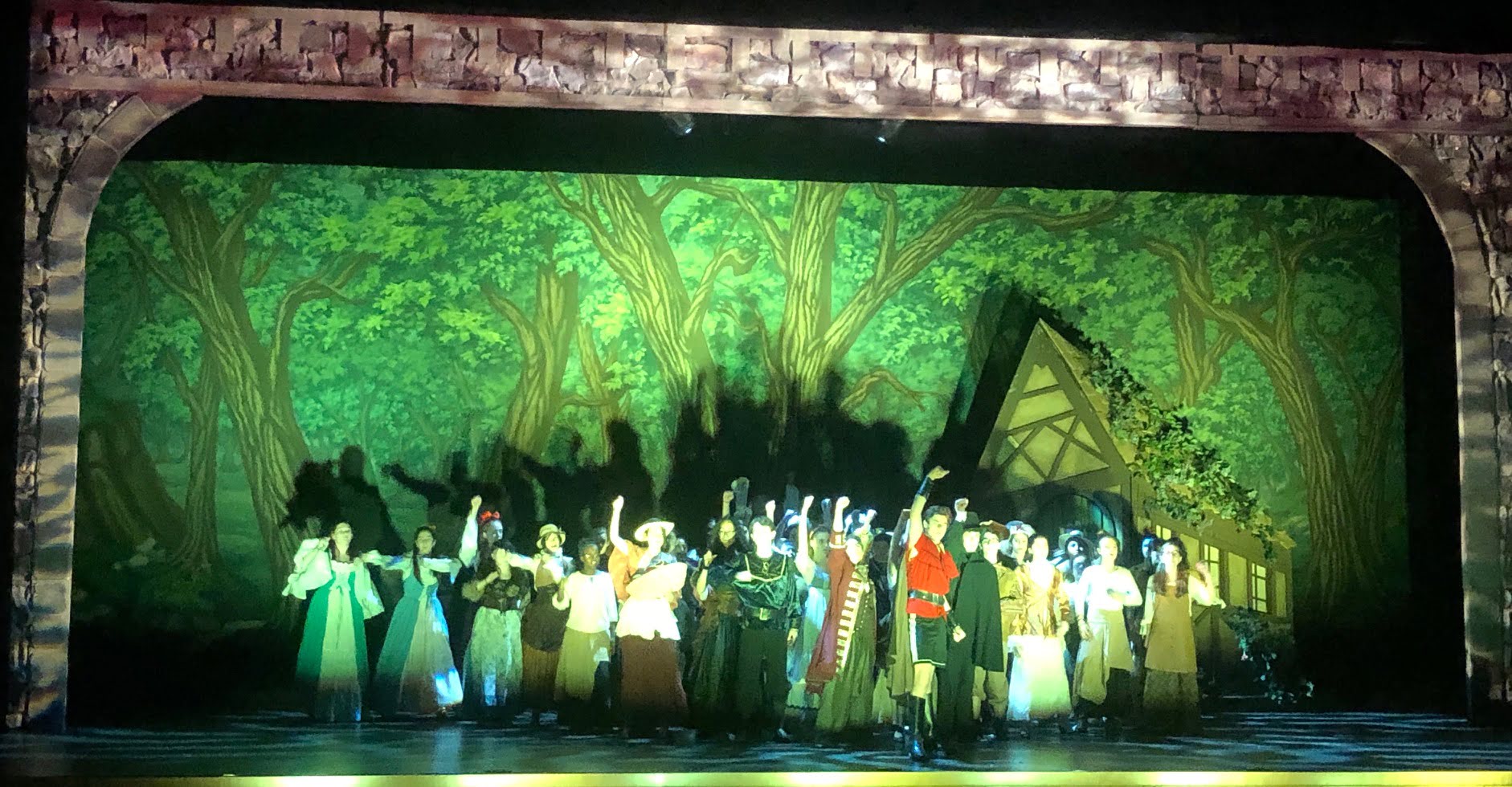 Scene in the woods during \”The Mob song\” of Beauty and the Beast. Photo: Scott Borowka

Every scene in the woods used the same shadow trick to make it look as if there were twenty more people on stage, however the color of the light gave the scene a different mood. In “The Mob Song,” the eerie green makes the shadows seem menacing, accenting the angry mob and making the mob seem more threatening.

Borowka’s stage crew (including stage managers) varies depending on the show. For a show in the whale-size Performing Arts Center there needs to be a minimum of 16, but for black box theater shows most-likely a lot less.

The crew includes students in Borowka’s theater workshop class and kids who just have a love for theater and tech.

Some kids migrate from on stage to behind stage, and vice versa.

Something Borowka said he finds in funny during the musicals is that whether a student is on the crew on or in the cast, they always end up learning the songs and choreography anyway.

The stage crew practices set changes and lights training, just as the cast rehearses, gaining a bond and perfecting their skills.

Borowka says his favorite thing to see is when a student grows into a well-developed techie and then passes on their skills to the next freshman.

This cycle is what drives Borowka every show and builds the glue that keeps the tech crew together and strong.

Though everyone in the cast of each show, including techies, shares a bond of 5-hour-long rehearsals, Borowka likes to think of the stage crew and himself as their own family.

So if you plan to see a GHS theater performance, pay close attention to the set, the sound quality, and most-importantly the light design.

Everything you’ll see is all thanks to the brilliant mind of Mr. Scott Borowka.