Western Middle School Principal Gordon Beinstein sets the tone at his school where the slogan is West Side, Best Side.

Under Beinstein’s leadership the school’s test scores have risen sharply and accolades have been forthcoming.

Beinstein is the recipient of the Middle School Principal of the Year award, though he didn’t want to make it about himself.

“Thus is truly an award for the entire school and all the staff, students and families who make Western such a special place to work, learn and grow. You all rock!” he Tweeted in October.

Last May the entire school threw a surprise party for Beinstein to congratulate him on being named 2019 Connecticut Public Schools Middle School Principal of the Year.

Beinstein, who was indeed surprised, who showed up in his trademark camo cargo pants and Wildcats t-shirt.

“Western is a special place because of all of you and I’m proud to work here,” he said. 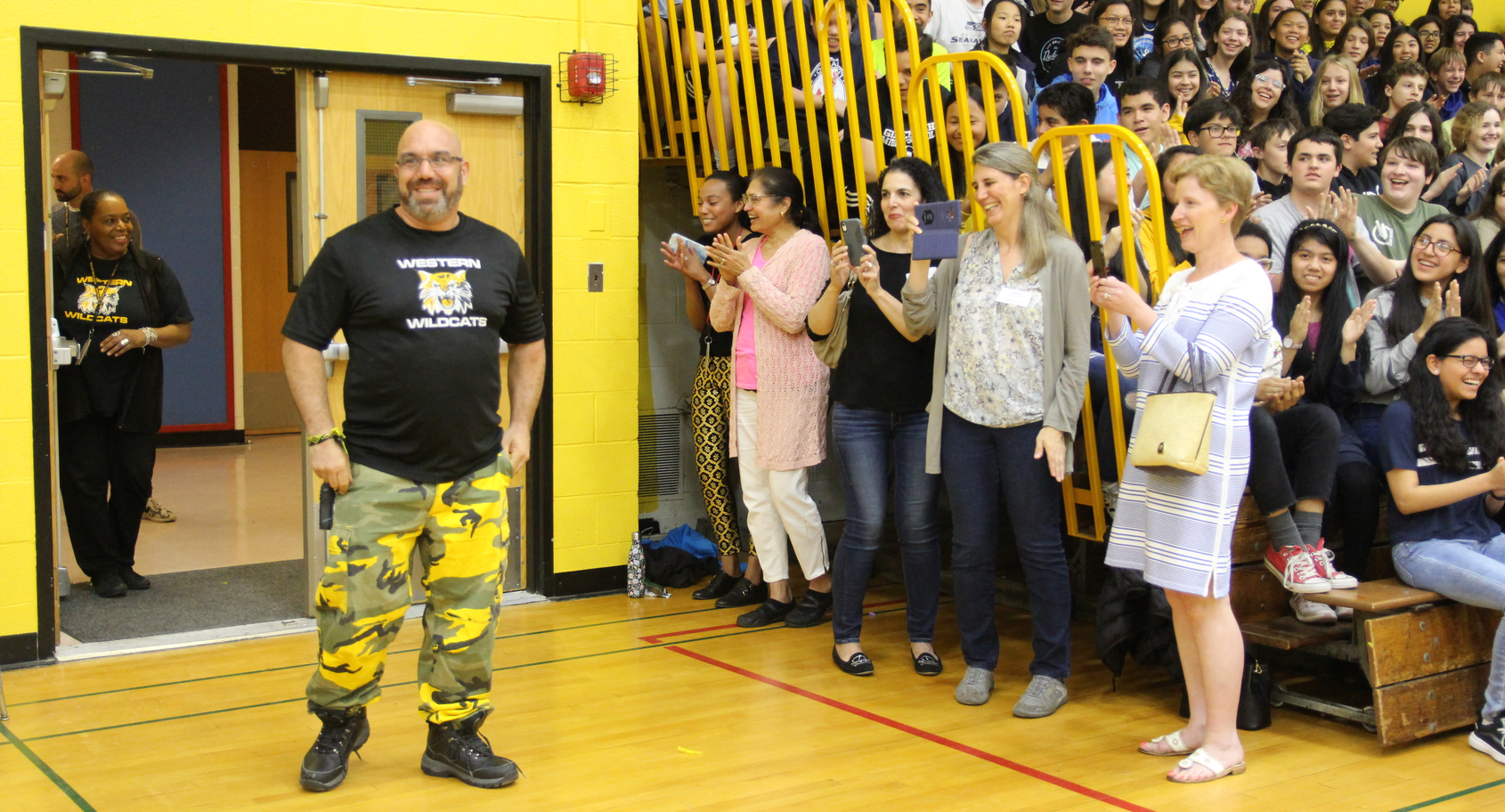 Western Middle School Principal Gordon Beinstein took in the sight of the entire school community gathered in the gym to congratulate him on being named Principal of the Year. May 17, 2019 Photo: Leslie Yager

Having joined Twitter in 2017 with the handle @wmsprincip, Beinstein’s Twitter feed is chock full of good news about academics, after school enrichment, sports, clubs and much more.

Fresh off their win in the News 12 School Spirit Showdown last month, the school’s spirit was on display this Halloween. In fact, one student dressed as Beinstein for Halloween, wearing camo cargo pants, Wildcats shirt, bald cap, glasses, beard and mustache. As was pointed out by WMS administration, “Imitation=highest form of flattery!”

So Mr Beinstein was supposed to be out of the building today, but lo and behold, he’s here! One of our students wearing his Halloween costume to school today(very scary, indeed!) Imitation=highest form of flattery!@WMSprincip @DrJones_GPS #westsidebestside #GPSCT pic.twitter.com/27XVanBY4r

A few of the many pics from Halloween at Western. Staff and students went all out, once again showing why the News 12 School Spirit Award was wisely awarded! #westsidebestside pic.twitter.com/9npgSGR5UP

CONGRATS to the Boys A soccer team on their HUGE victory over Eastern in the town championship game!! From Coach Schuck: “What an incredible season you have had! We are all so proud of you! Thank you for representing Western so well and for bringing home OUR banner!” pic.twitter.com/kfXpOgipji

On Oct 10 he showcased a new music club run by Mr. Reynolds titled ‘Riffs with Reynolds’

A great shot of a new club run by Mr. Reynolds titled ‘Riffs with Reynolds’ assisted by Mr. Bonessi. Looking forward to the recital! pic.twitter.com/17YeQzQOYn

In a recent newsletter to WMS parents, Beinstein said he didn’t expect to have more Twitter followers than celebrities or presidents.

“Ok can understand not having as many followers as Bieber (I can’t wear skinny jeans…or at least I shouldn’t!) or Barack (I was never president) or even any of the Kardashians (I have my original face and body….obviously!),” he wrote.

But, he said, “I am getting bested by many of my fellow Greenwich principals…seriously??!!  While granted, I am a little late to the party, it is a source of significant embarrassment to learn that others in my position have more followers than I.”

At the time of that newsletter, Beinstein had 143 followers. Today he is up to 257, but seeks more.

“Generally, these Tweets will be shout outs and recognitions,” he said to parents in a weekly email. “Often they will be poor attempts at humor, and occasionally they will include some of the information contained in these weekly emails.  They will NEVER contain information that you NEED to have as I have many fewer followers than I have families in this building.” 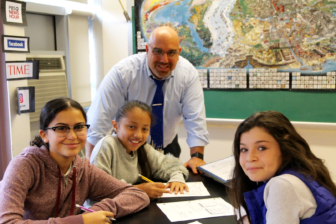