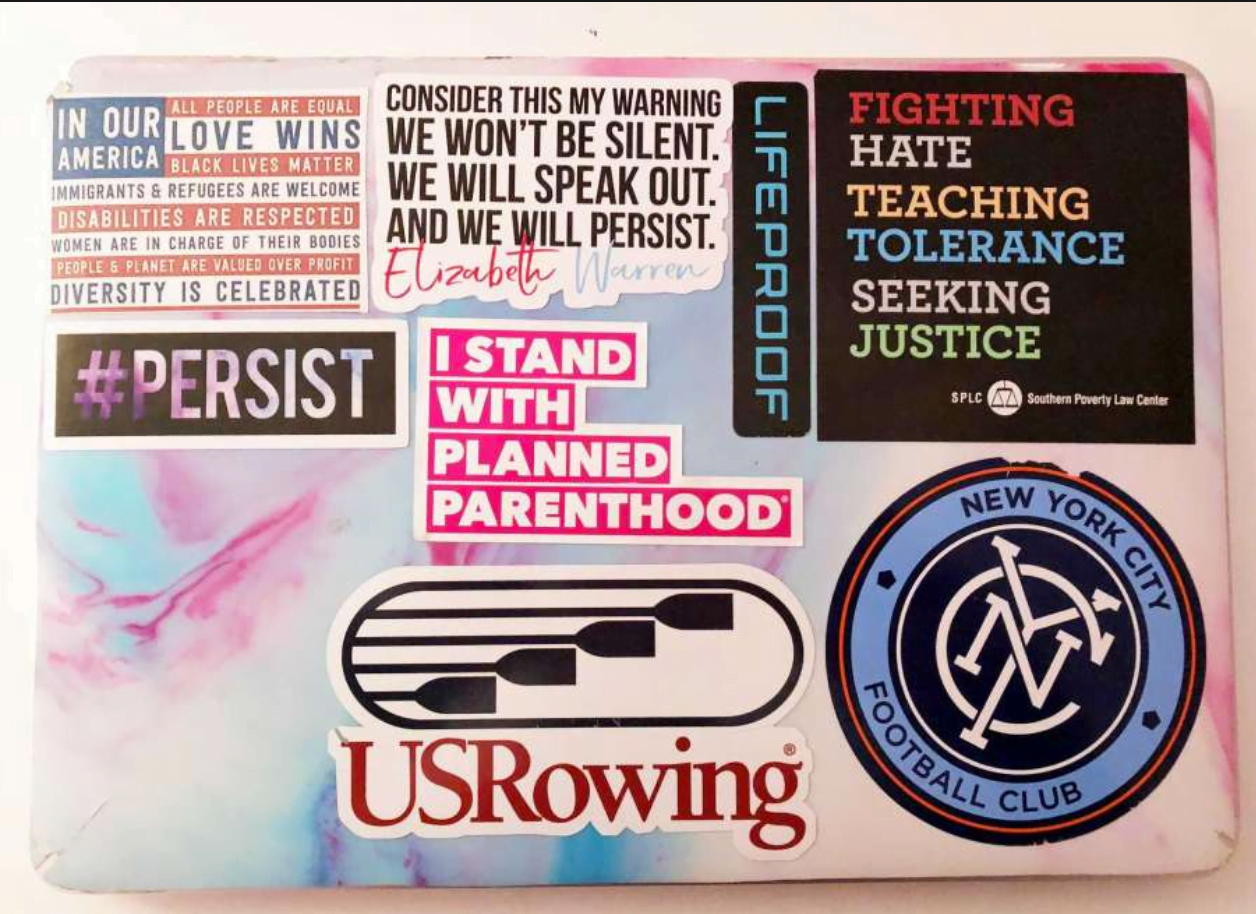 Sacred Heart Greenwich has backed down in the case of the girl with the offending Planned Parenthood sticker.

Last week Kate Murray was told by head of school Pam Hayes to remove a sticker that said “I stand with Planned Parenthood” from her laptop or leave the school.

On Monday Kate’s mother Tracy wrote an email to Greenwich Time saying the school has reversed their earlier decision, and is allowing Kate to leave the sticker on her laptop.

“Kate has chosen to continue to display the sticker and is happy to remain a part of such a special community,” the parent wrote.

The previous week, the reaction to Sacred Heart’s decision was swift and even around the world.

An online petition titled “I stand with Kate Murray” garnered thousands of signatures and an outpouring comments, mostly from students and alumnae of the Sacred Heart global network of schools, which continue to flow even as of Tuesday.

In an editorial shared with Greenwich Free Press Ms. Hayes said the school community has engaged in a serious discussion about stickers, banners and buttons, but the administration’s position had been misinterpreted. “…we would never dismiss a student for what she believes or a cause she supports and will not now,” Hayes wrote.

“Stickers, banners and buttons will always play a role in our public discourse. But on the campus and in the classrooms of Sacred Heart Greenwich, we’ll continue to do our best to keep that role as unobtrusive as possible,” Hayes concluded.

Beyond the editorial, Sacred Heart has neither issued a public statement, nor emailed their school community about a reversal.

A Feb 10 comment on the petition posted by a person identifying as a Sacred Heart teacher said many teachers and colleagues at the school stood with Kate, but were silenced.

“We are appalled at how the administration has handled this and, despite official statements to the contrary, the response to Kate’s sticker has had a chilling effect on discourse at the school, both for teachers and students,” the anonymous teacher wrote.

The teacher dismissed the notion that students agree to abide by private school rules when they enroll, saying that the backlash had been about the unfairness of inconsistently enforced rules.

“In my many years as a teacher here, there has never been a policy about stickers on laptops other than to avoid profanity,” the teacher wrote, adding that students are generally fine when rules are consistently enforced, but that this instance seemed arbitrary.  “Leading up to last year’s election, there were stickers for political candidates and nothing was said.”

The lengthy comment, which was shared in its entirety on the Sacred Heart Greenwich Facebook page by Cailey Cron, went on to say, “There has been no clarification for teachers as to what the policy now is, leaving both us and students in the dark as to what is acceptable expression and what isn’t.”

That the teacher did not revealing their identity did not sit well with one Sacred Heart alumna.

Barbara Linsenmeyer Malone commented that the teacher who did not publish their comment with a real name was cowardly. “How can this teacher claim to speak for so many other teachers at the school? I find it hypocritical to hide behind the anonymity of Facebook.”

“Perhaps the views held by these anonymous teachers if they are so different from the schools should lead them to seek employment elsewhere,” Malone wrote.

Amy C. Elliott from the class of ’90 posted a comment saying Ms. Hayes’ editorial angered her. “It is disingenuous, obfuscating, and cowardly,” she wrote. She described the administration’s reaction as spin, “reminiscent of much public dialogue in the country today. Alternative facts, wanting it both ways, crying ‘fake news’ (we were really preserving freedom of expression by restricting it!), etc. – all of this reveals a lack of moral clarity and courage of conviction.”

The petition, which continues to receive comments, was up to 766 comments on Tuesday Feb 13, and 2,913 signatures.