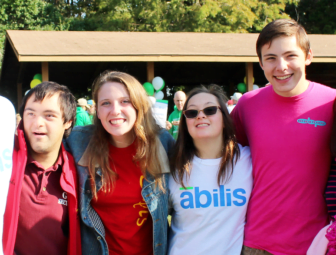 On Thursday March 16, from 5:00 p.m. to 6:30 p.m., Greenwich Public Schools students will be presented with Community Service Awards for participation in service activities that help to improve both their school and community.

The awards ceremony will be held at Greenwich High School in the Performing Arts Center, with a special performance by the GHS Chamber Singers

Superintendent of Schools Dr. Salvatore Corda, Board of Education Chair Peter Sherr, First Selectman Peter Tesei, and Senator L. Scott Frantz will present awards to the elementary, middle and high school student recipients. Former GPS Superintendent of Schools (1976-1989) Dr. Ernest Fleishman will present the Fleishman Award for Community Service to a high school student that has made outstanding contributions to the community and high school. The students will each receive State Citations in recognition of their accomplishments. The Awards Ceremony will be followed by a Reception in the Greenwich High School Galleria, just outside of the Performing Arts Center.

The student award recipients and program participants are:

The Fleishman Service Award will be presented to Greenwich High School’s Emily Bass.