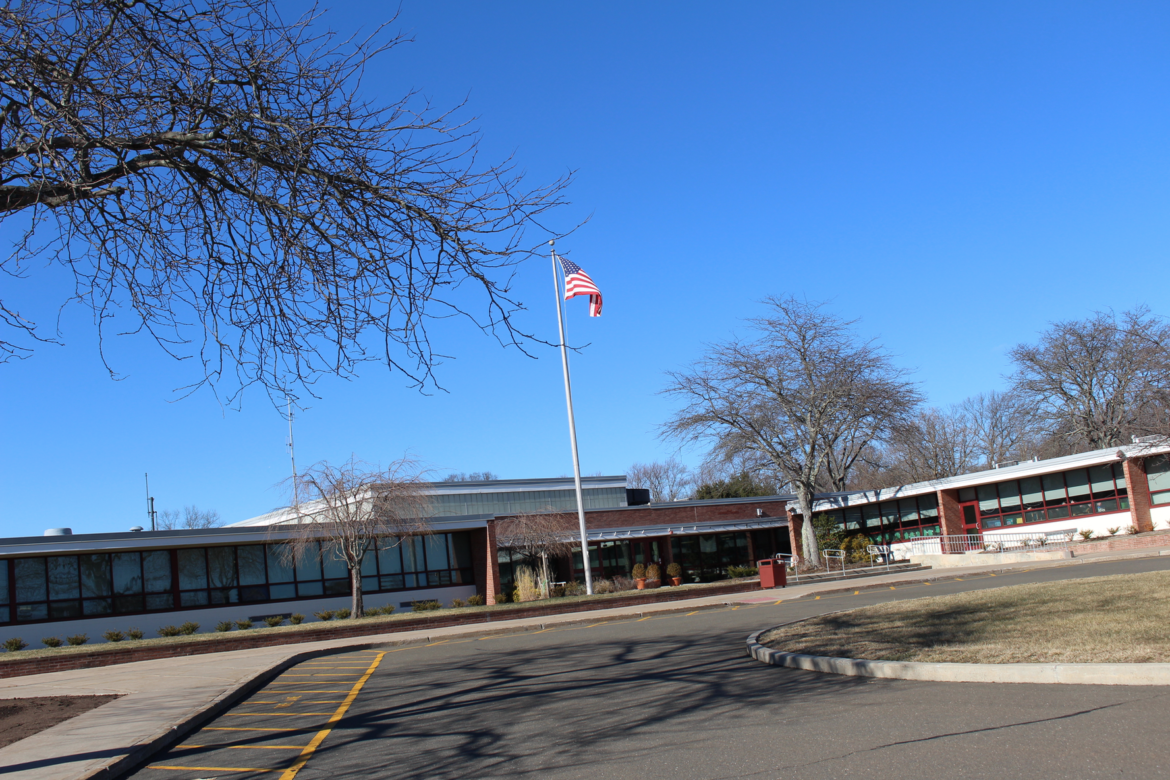 UPDATE, June 29, 2016 5:00pm: Dr. McKersie, on his last day in the district, sent the following letter to Parkway School parents and staff about testing the drinking water at the school for lead. 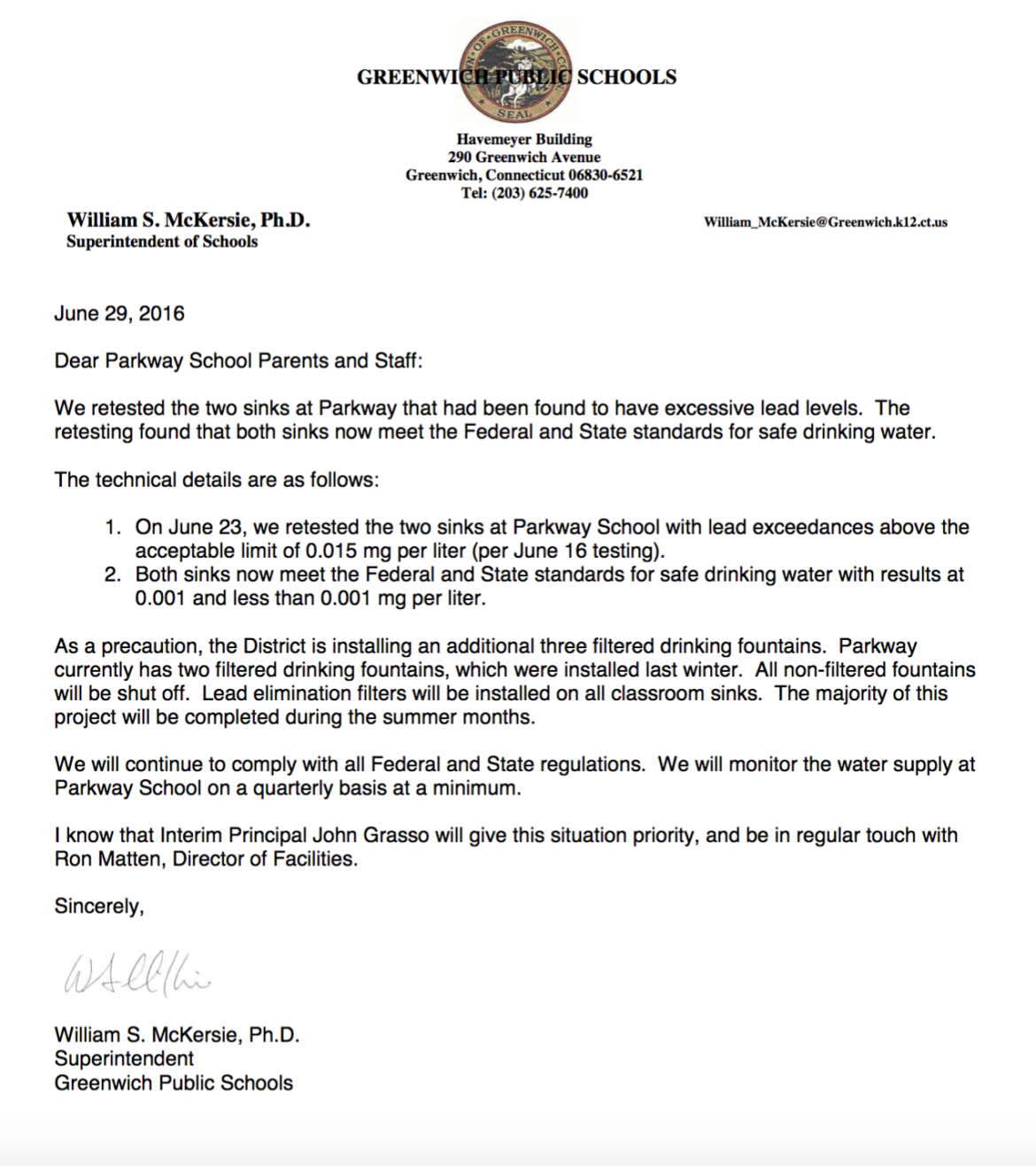 The letter, dated June 17,(**see below) indicates that elevated levels of lead were found in the water at the school. “Our kids deserve better!” the parent wrote in her email to GFP, adding that Parkway is the only school in Greenwich with well water, and suggesting the district pay for bottled water.

The drinking water samples were taken on June 9th, but the letter to parents and staff wasn’t sent until Friday, June 17. The last day of school was Tuesday, June 21.

The superintendent said in his letter that the “exceedances” for lead were found in two locations out of 20 tested, and that elevated lead was found in hand-washing utility sinks in a Pre K class and an ALP classroom.

“The water has been shut off at these two locations,” McKersie said, adding that after exceedances were found last fall, water tests were conducted weekly for two months, and then resumed a standard quarterly test schedule with the most recent test prior to June being conducted back on March 24, 2016. 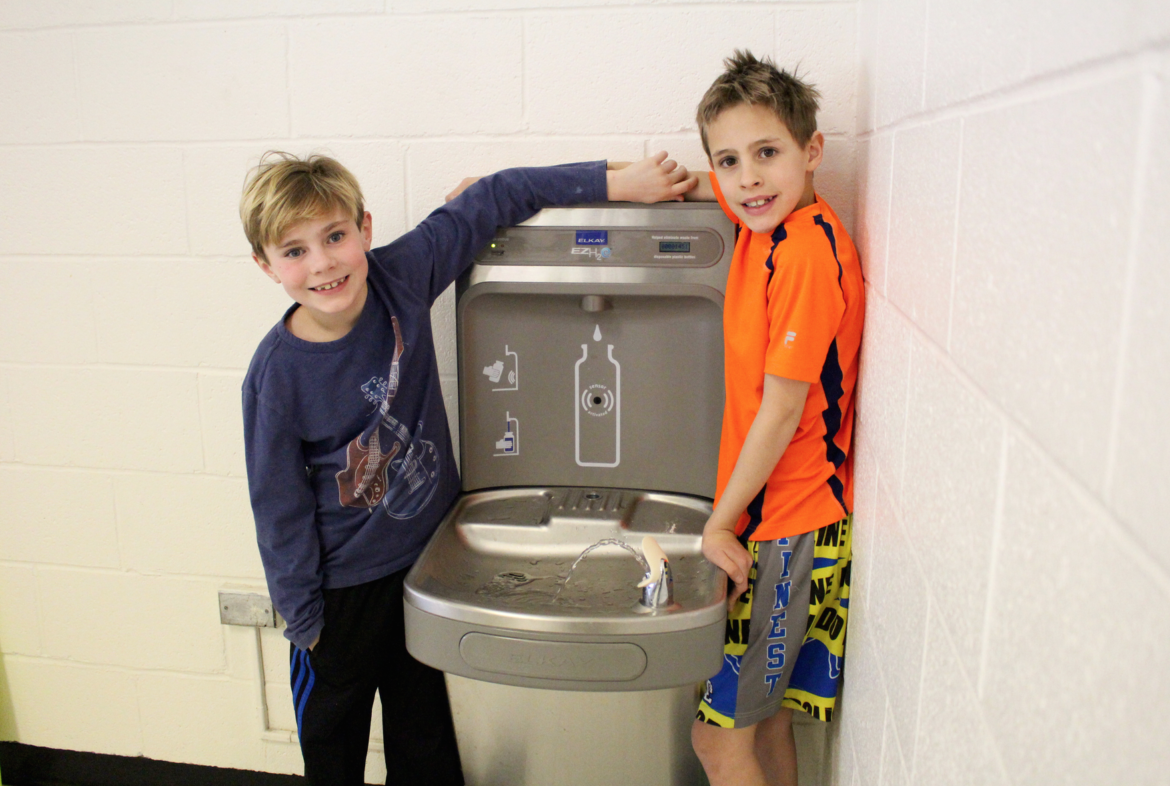 The superintendent said that although the school’s well is in compliance with all State and Federal regulations and that the water will continue to be monitored, this summer a filtered drinking fountain will be installed in each of the remaining three wings of the school. Also lead eliminating filters will be installed at every classroom sink.  Anyone with questions was asked to call Facilities at (203) 625-7450.

McKersie,whose contract with Greenwich Schools expires this Thursday, June 30, attached a document from the State of Connecticut (See Below) 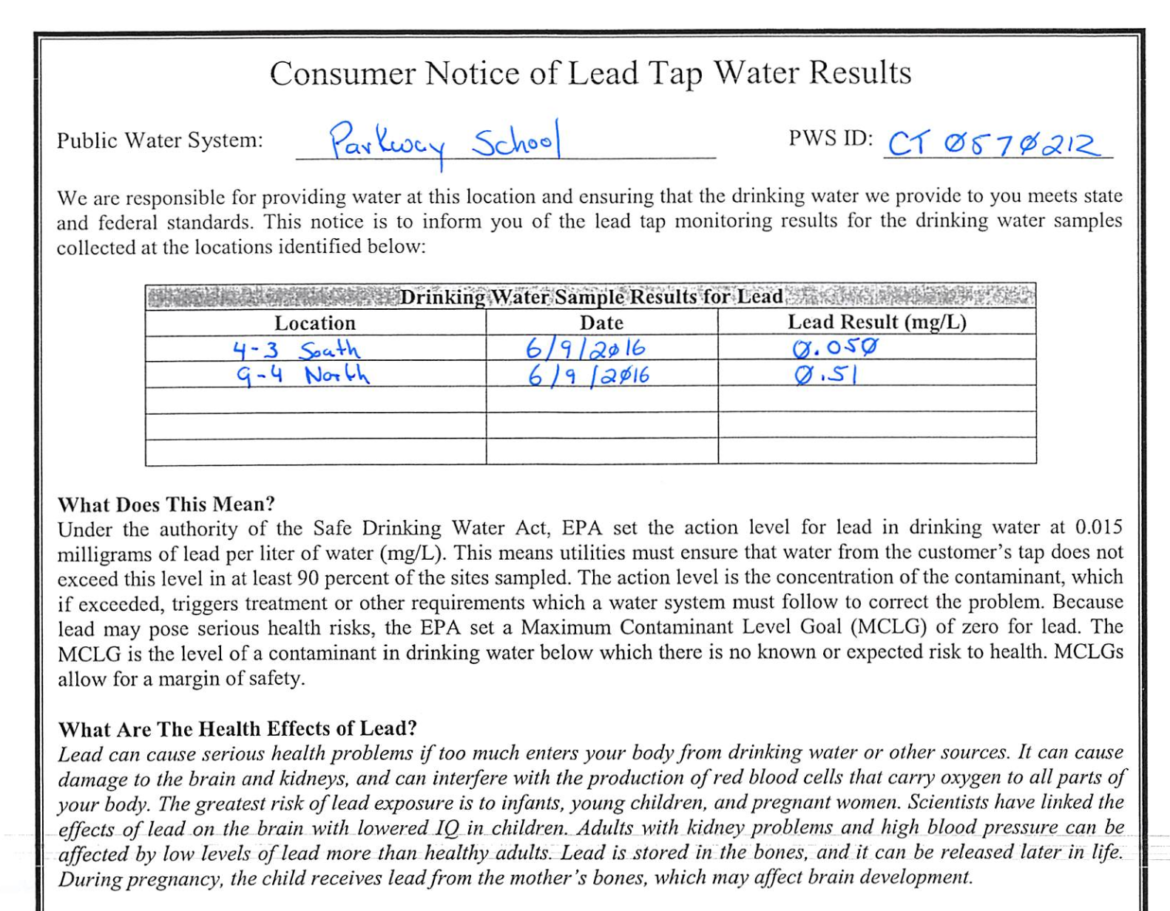 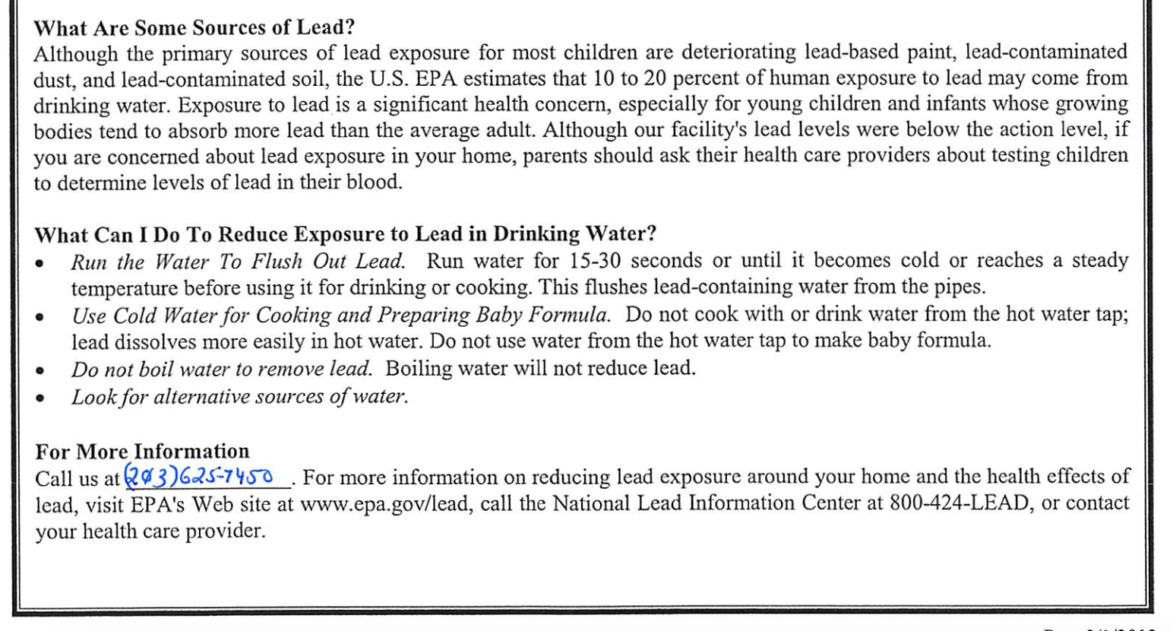 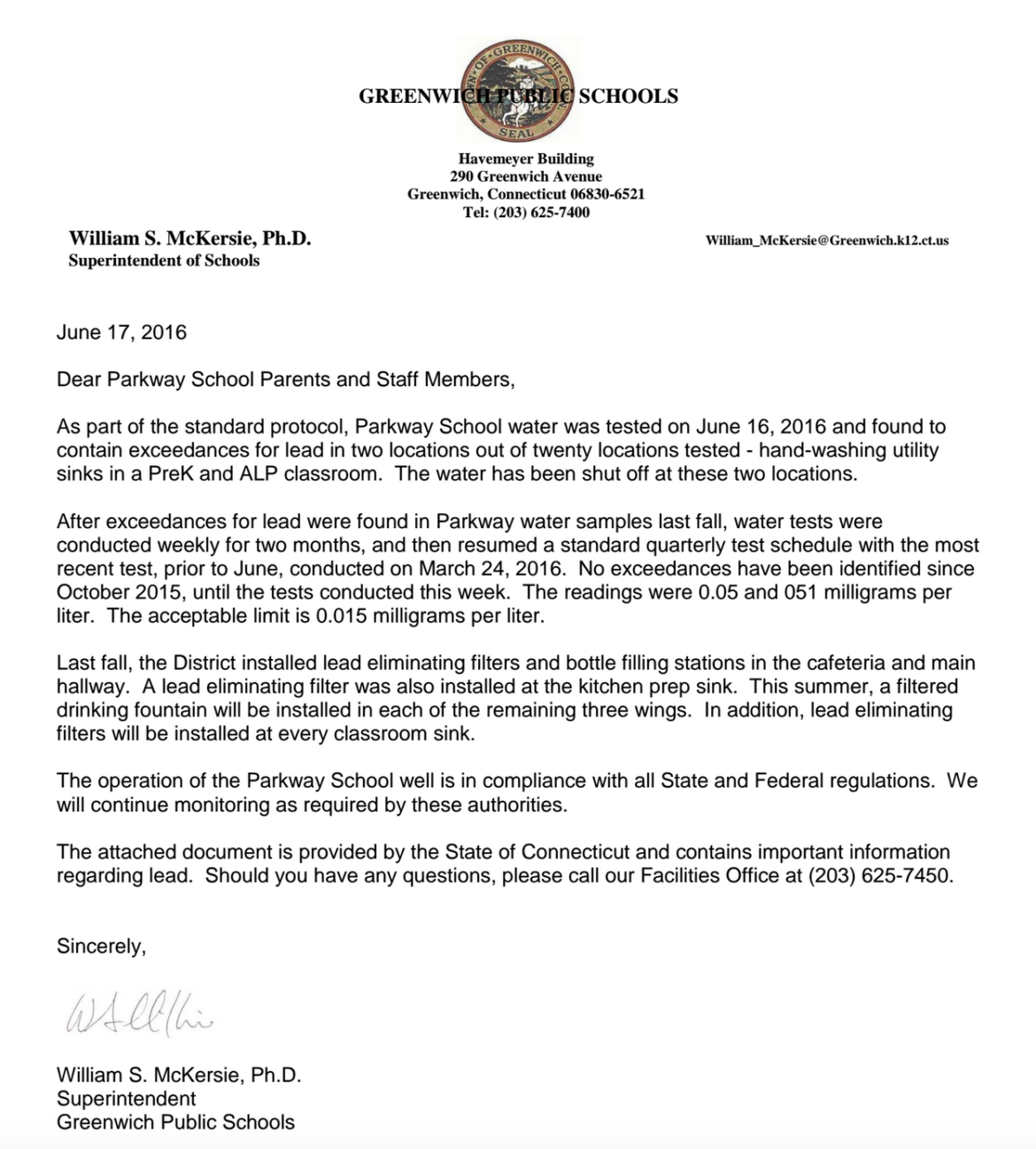