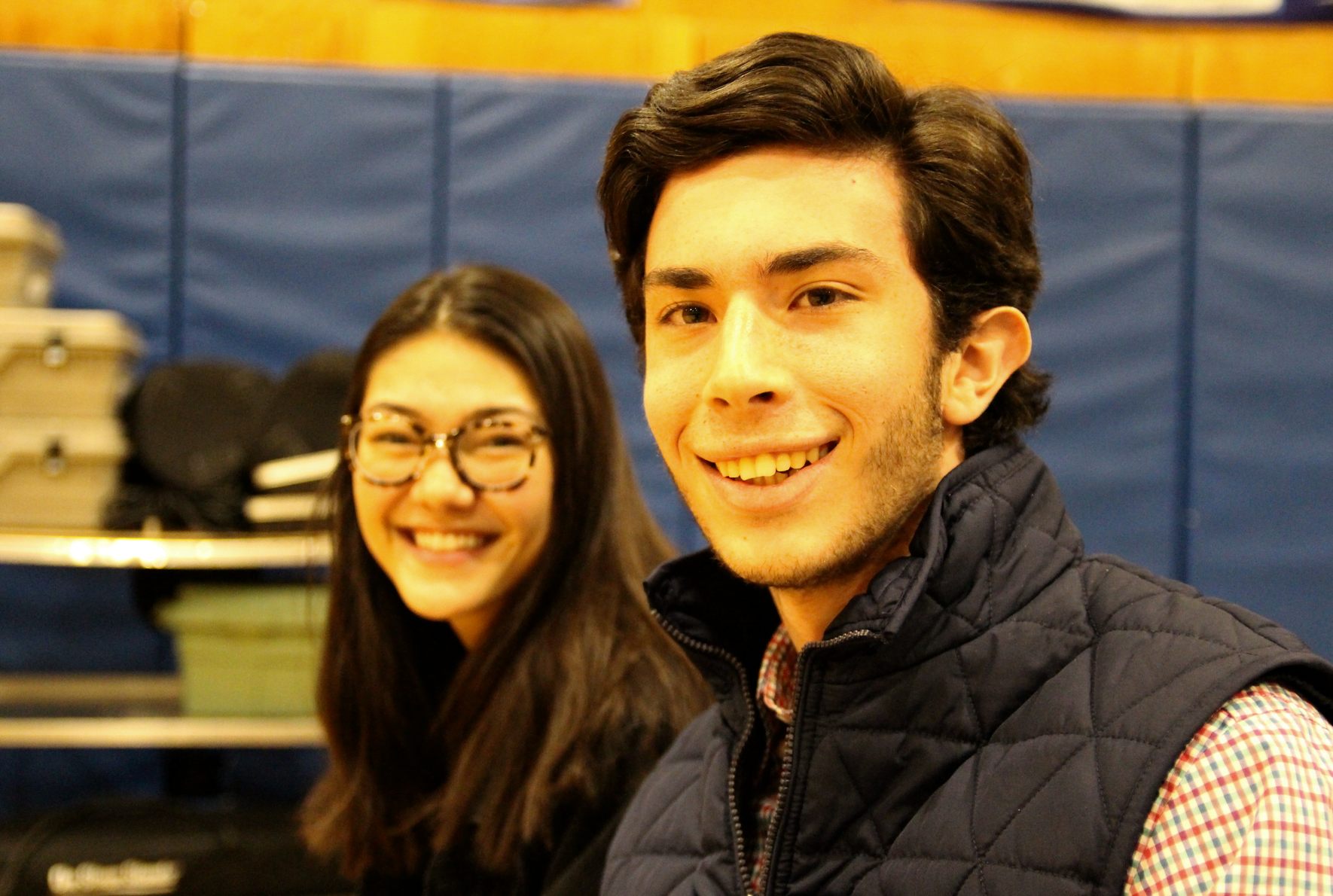 Greenwich High School student body president Greg Goldstein addressed  the Board of Education at their meeting on Thursday, Dec. 21.

As he did at the previous BOE meeting in November, Goldstein returned to the topic of solutions to the lack of lights for sports practice and competitions at the high school.

The issue came to a head following the change in school start time to an hour later this year.

Since daylight savings pushed clocks back an hour, leaving athletes literally in the dark, the district has scrambled for solutions.

The football team traveled all the way to New Canaan to borrow an illuminated field for practice. 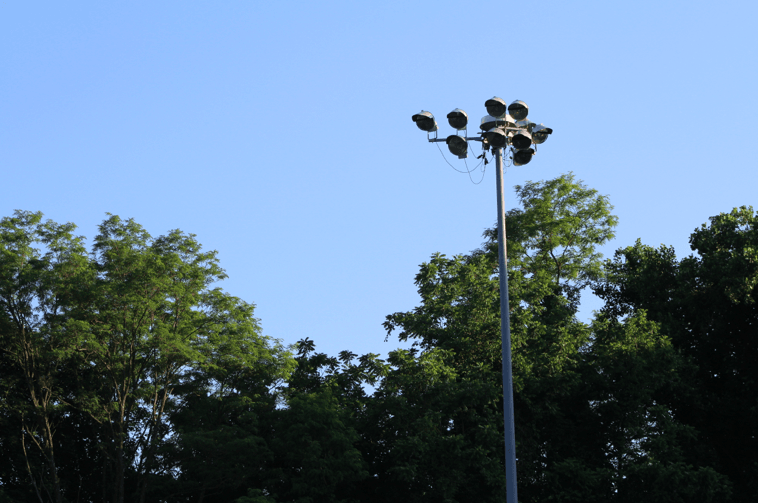 While Cardinal Stadium does have lights, they are outmoded. Newer lights would have less “light trespass” and glare. However, there are limits on the use of even the existing lights that reflect a 2003 agreement made with Bill Effros, a neighbor on Old Church Road, when the lights were first installed.

There was a proposal to have the 154-member GHS rugby team practice at Central Middle School.

After receiving the blessing of the Selectmen to pursue temporarily lights  at Central, the Board of Education submitted an application to Planning & Zoning to illuminate the field at CMS with six temporary diesel powered lights powered.

When the administration came up short with information on emissions standards, they asked P&Z for permission to instead power the lights with electricity, which would have involved burying electrical cables.

In the end, the the power source didn’t matter. The commission voted unanimously to deny.

And so, on Thursday, Goldstein reminded the district’s leaders that the problem remains unresolved.

Though potential litigation could take years, on Nov 14, the Board of Education voted at a special hearing at CMS 6-2 to okay reopening the 2003 court judgement.

The Selectmen have yet to bless the idea of litigation. First Selectman Peter Tesei had said the board would wait until its new member, Sandy Litvack, who practiced law for many years, was seated. After the Dec 4 meeting of the new Board of Selectmen, the first to include Mr. Litvack, the selectmen went into executive session to talk about the possible litigation.

“There is outside counsel engaged for the schools, so that they have independent advice,” Tesei said on WGCH on Dec. 15.

“This is not something that we are taking lightly.  No one is looking to charge off and initiate legal actions without understanding the implications and merits, as well as understanding what is the long term plan for the schools,” Tesei said, before segueing to the topic of environmental issues at GHS.

“A lot has been written about GHS and the environmental issues there.  …This has been a very proscribed process. It is under the aegis of the EPA or DEEP. All of the work that has taken place has occurred at the same time the facility is operational. …The work that requires no occupancy or limited occupancy can only be done in a short window of time. This will take many years.” 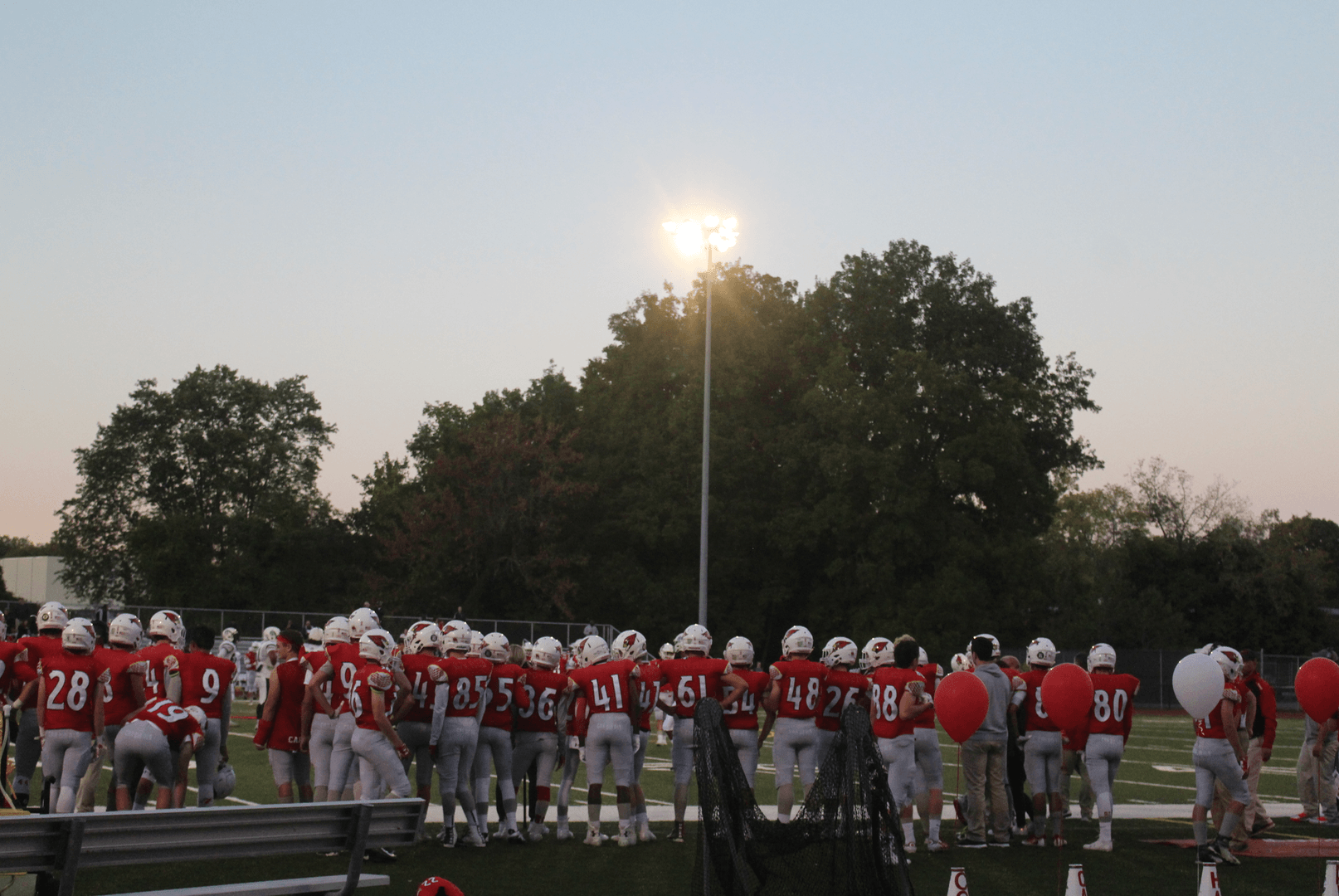 A 2003 court judgement with a neighbor of Greenwich High School limits use of lighting on Cardinal field (field 1) to 10 games plus 6 practices a year, and precludes just about any alterations, including additional lights on other fields, addition of bathrooms, changing rooms or upgrades to bleachers.

An optimistic Goldstein told the BOE that the students at GHS are hopeful for a compromise.

“When speaking speaking about it at our last executive committee meeting, we came to the conclusion, that instead of waiting on the neighbors and Board of Education, we can offer something to the debate: our voice,” he said. “That’s why I’m excited to say that in the next few weeks, student government’s executive committee will be releasing our letter to the community.”

Goldstein said the students’ goal with the letter is to share comments of current GHS students and to advocate, “mutually agreed upon common sense solutions.”

“We don’t want to point fingers, but to open up dialogue and ask for compromise in this town,” Goldstein said.

“It is important that the community understand the perspective of the people this is actually affecting: the students,” Goldstein continued, adding that the letter will be distributed to the media and published on the high school website.