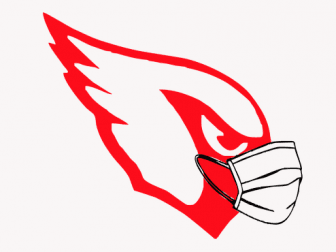 In Greenwich, among the many disappointments of the Covid-19 pandemic is the loss to the Greenwich High School class of 2020 of their final semester and all the rites of passage that come with it.

From prom to senior skip day, and from internships to graduating together in Cardinal Stadium, the string of cancellations has been heartbreaking.

The typically packed glass corridor at GHS last bustled with students on March 11. The  girls basketball team was in the midst of state championships, having defied a string of unlucky incidents to have a winning season.

There was the unfortunate incident of Greenwich being spelled wrong on the gymnasium floor. Then the gym was closed as the result of a flood. The girls home games moved to Brunswick. Yet the team was unstoppable.

But it all came to a halt in the middle of the state tournament. Winter sports were canceled by the CIAC, a student protest notwithstanding.

Gina Forano, owner of Logos Greenwich, a company that makes custom decorated apparel with silkscreening and embroidery, said she and Debbie Moses, who is a parent of basketball team captain Jojo Moses, brainstormed ideas for a shirt for seniors.

“She came up with the idea to do a shirt for the seniors because it was one heck of a year,” Forano said. “I said what if we design something and make a donation to Neighbor to Neighbor? We didn’t have much else going on because of Covid-19.” 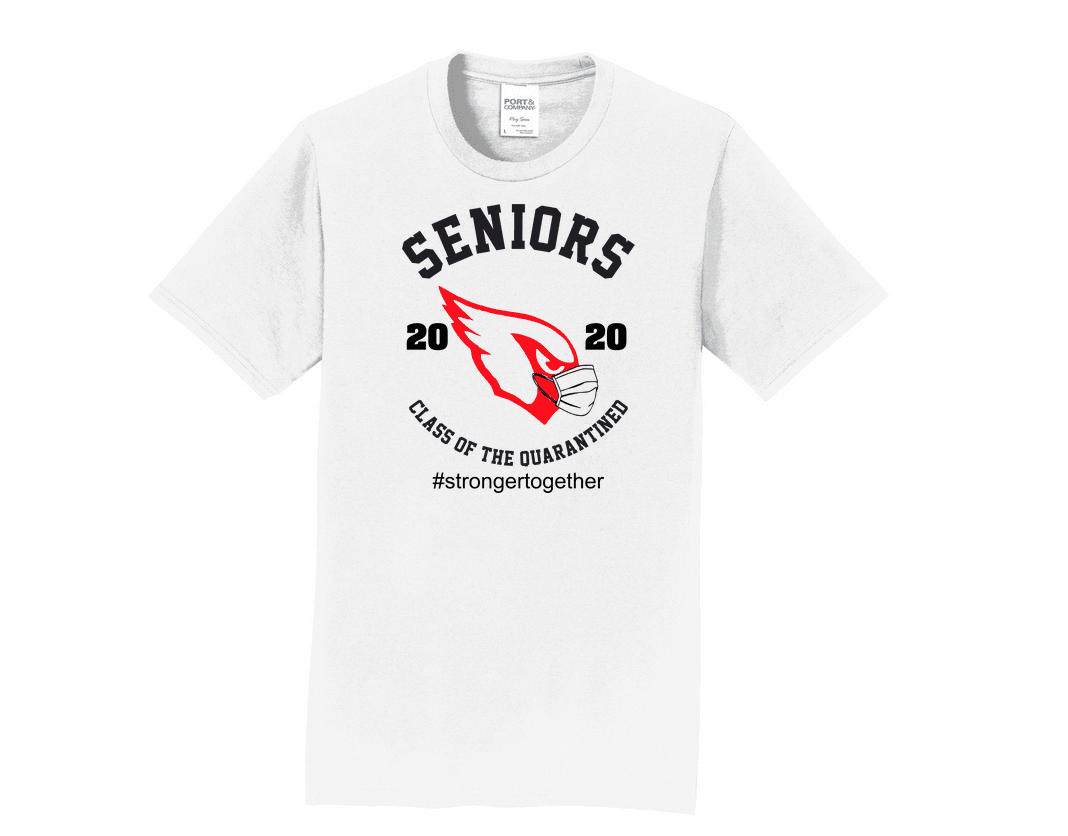 The result was a t-shirt featuring a Cardinal wearing a face mask.

“The idea was to find a little humor to lighten up the atmosphere,” Forano said, adding that the shirts began to sell quickly when they became available through her Logos website.

“It’s such a great cause that we could raise funds for Neighbor to Neighbor. They serve so many families who need assistance,” Forano added.  “People responded. Emails were binging like crazy, for two, three or four shirts at a time. For students, for their friends. Some even shipped to Florida.”

Forano said a percentage of each shirt sale goes to Neighbor to Neighbor and over $1,000 has been raised so far.

The shirts feature the hashtag, #strongertogether, which Forano said is a way to bring the community together, if only symbolically and lend a positive note to the shirt graphics.

“I remember being a senior at GHS myself, and all the experiences of my last semester senior year,” Forano said. “It’s a time you’ll never be able to get back. It’s a right of passage and because of these terrible times we don’t have that for our seniors.”

“These are unfortunate circumstances,” Forano said. “People are sick and we don’t want to trivialize that by making a shirt with a mask on it. But we thought a little humor could help, and make the best of the worst situation. Life gives you lemons, you gotta make lemonade.”

Logos Greenwich has also been selling a variety of face masks, including Cardinals themed masks.

“My aunt is a seamstress,” Forano said. “We went crazy trying to find elastics, but we did and we sold over 500 masks in less than two weeks. I sold out three times and just got in another shipment.”

“When you pick up curbside you want to know who works at the restaurant,” she explained. “We also made masks for the local pharmacy. Fire departments are putting their logos on masks too.”

Forano said that as a small business owner, she appreciates the orders.  “Everybody has been so wonderful. They like to support local,” she said, adding that to stay safe customers can order and pay online, and arrange curbside pick up.