On the final day of Greenwich High School’s Diversity Week a leadership panel of five girls included senior Olivia Hallisey, who many know for winning the Google Science Fair grand prize in 2015, Former Attire Club co-presidents juniors Kate Piotrowski and Audrey Brandes, Willa Doss, a junior and tenacious entrepreneur who created a skin care product line, and Rene Jameson, president of the Roots & Shoots club at GHS who has volunteered in the community since the age of 5 and won many community services awards.

Willa, who participated from from Washington DC, where she connected via Skype from Model UN, said she started her skin care company after her mother was diagnosed with skin cancer. She said her mother urged her to take care of her skin, but she found that in stores there weren’t skin care products designed for girls her age.

“I was around 8 then and found it an injustice because I recognized this was a very important time for girls to take care of their skin,” she said. “We’be learned that about 80% of skin damage takes place before the age of 18.” 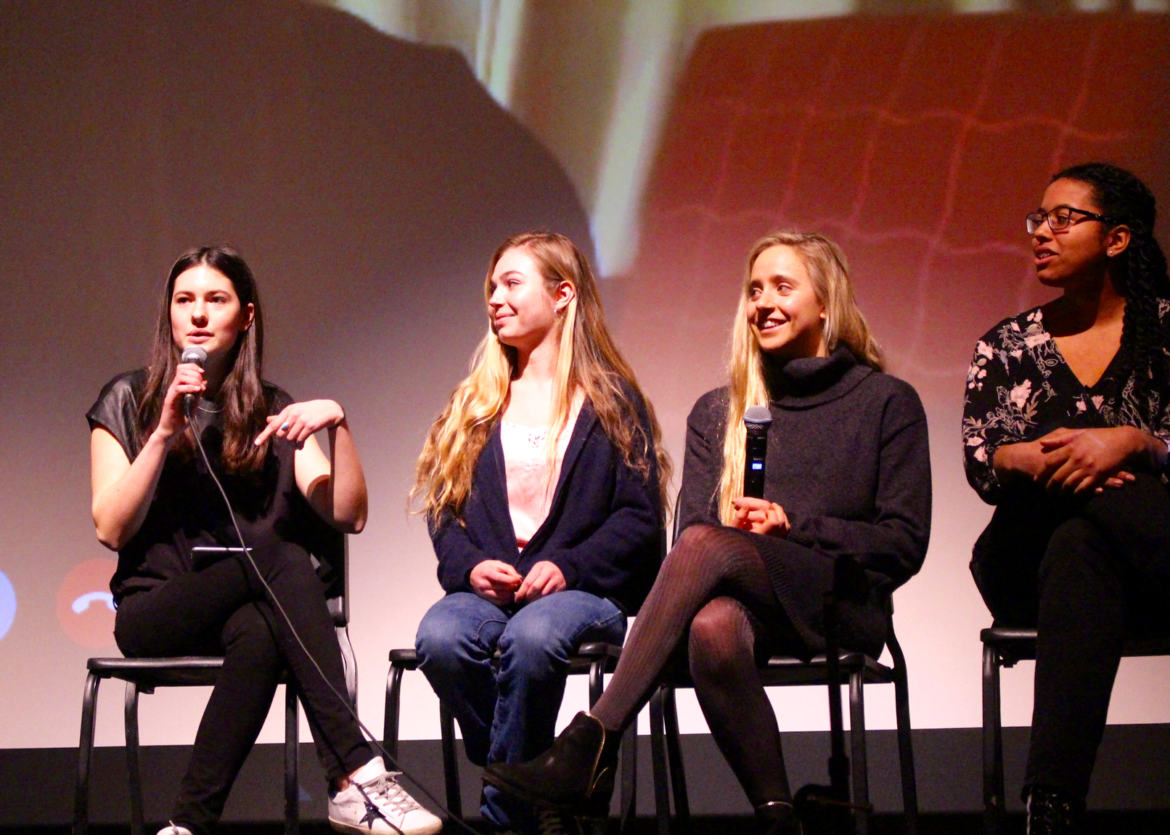 Olivia Hallisey, whose grandfather was a doctor, inspired her and made her aware that science and healthcare changes lives. When Ebola grabbed headlines during her sophomore she year, Olivia decided to dedicate her sophomore science research project to control the outbreak. The end product was an affordable diagnosis for Ebola that made its way to the Google Science Fair contest.

Olivia said that going to the Google campus to present her project exposed her to a global group of teenagers, who despite all the other challenges going on in their countries, were looking at the big problems she normally thought of as “adults’ responsibility to solve.”

In a dialogue about being women in Greenwich, Rene started off by saying, “We need to recognize our privilege. We are so fortunate to go to GHS, but we need to take the time to go beyond academics and recognize greater issues.”

“A lot of people believe that if a problem is not their own, it is not your problem. I disagree,” she said. “We need to be more compassionate. Together our small actions make amazing change.”

Rene said a favorite moment at GHS was meeting with Dr. Winters. “He just really wanted to listen to me as a student, especially as a minority student. He wanted to know my thoughts and how I felt about being a minority and what he could do to support all students to have a great academic experience here,” she said. “It inspired me to realize that the staff at school really care about us.”

All the girls replied to the question, What about being a woman makes you most proud?

“A lot of young girls forget, and say they’re doing they’re own thing, and  accomplished what they did on their own,” Rene said. “But the fact is that, as women, we are standing on the shoulders of a million other women. We wouldn’t be here without their protesting.” 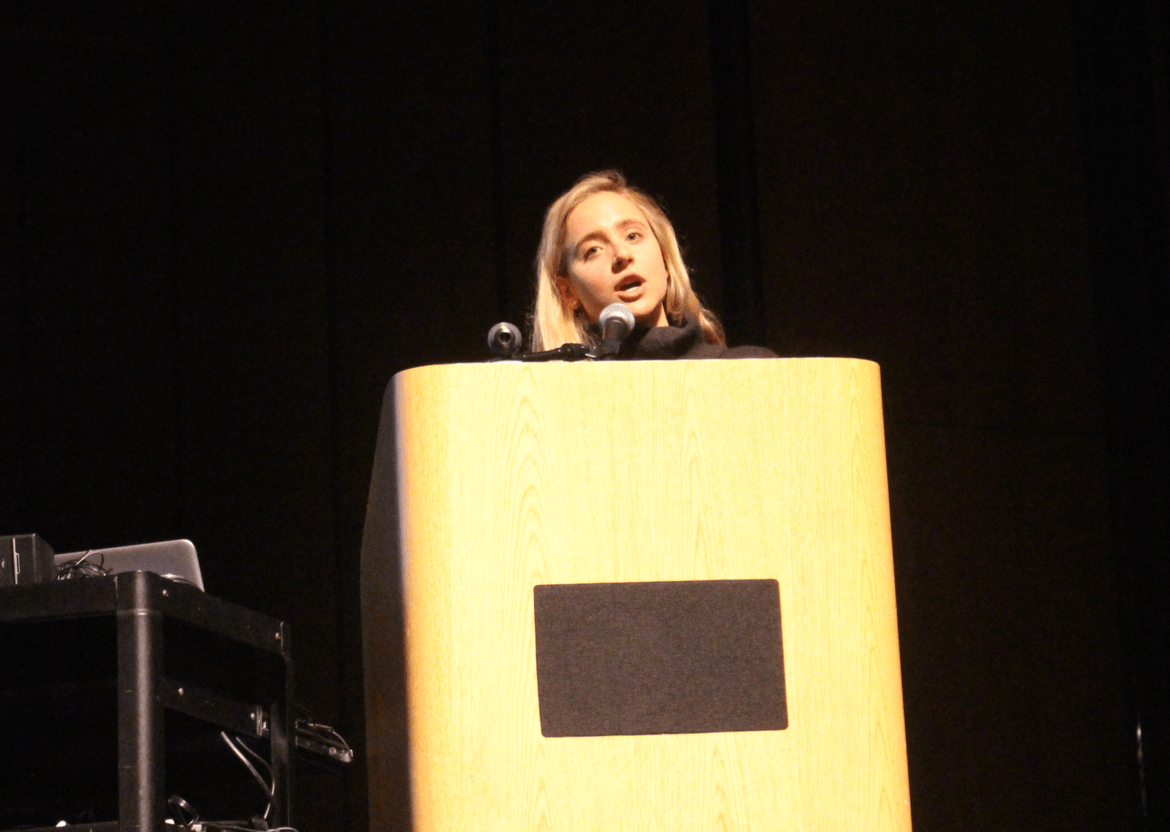 Olivia said that at GHS her English and science classes have been gender equal. “We act regardless of our gender and are we are not pressured to do anything because of it,” she said.

“We need to take the time to go beyond Greenwich and be culturally aware of other people’s situations,” Rene continued, adding that it has been tough dealing with the stereotypes of being African American in Greenwich.

“It can be a burden, but it’s also something that I am also really proud of who I am and what I’m accomplishing. There are two things I’ve never regretted: my skin tone and being a woman.”

“I feel like if we go beyond just looking at each other, seeing the essence of what we care about, we can accomplish greater things,” Rene said to a huge round of applause from students in the PAC.

“A lot of times we are our own greatest critics,” Olivia said. “People are actually listening to what you’re saying. You have to feel confident in what you’re saying. That was one of the hardest things initially. It’s hard to be young and be with all adults. It’s a situation we all have to get comfortable with.” 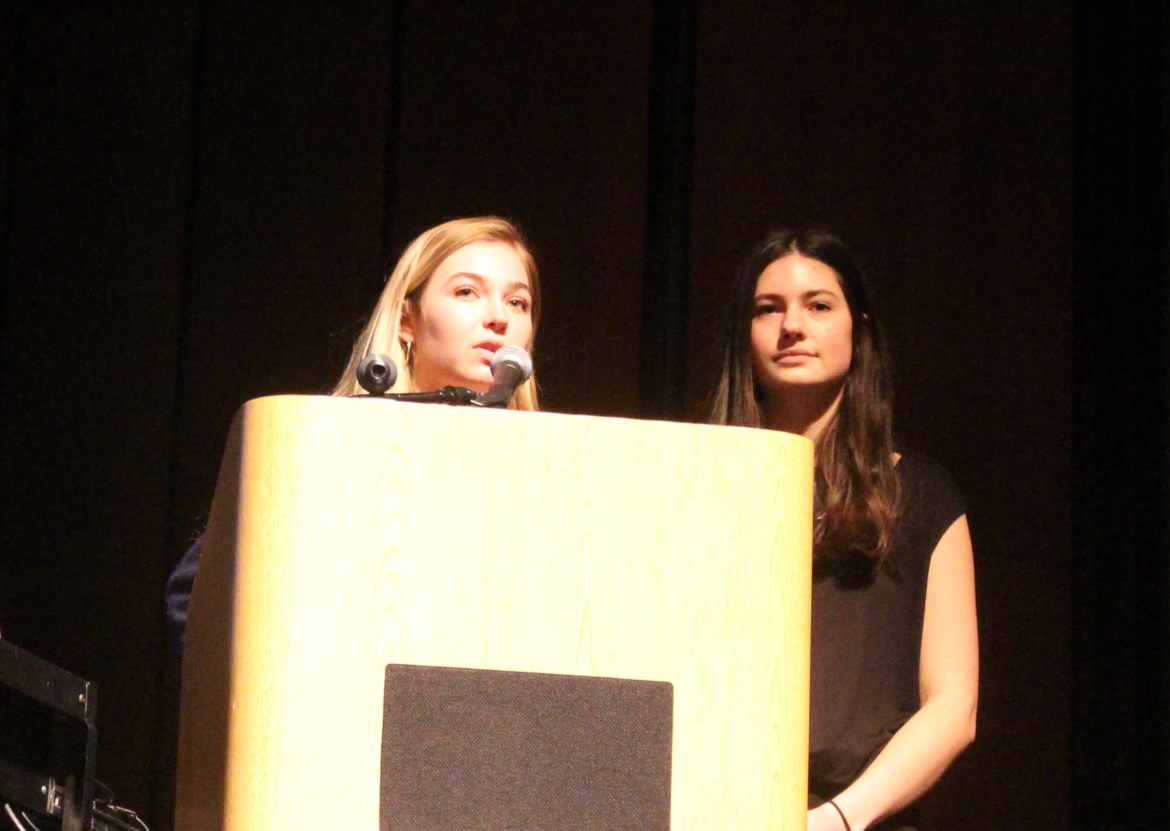 Kate and Audrey said they had had to learn how to say no to opportunities. “It’s important to stick to your vision,” Kate said, adding that, of the Former Attire club, “At the end of the day, it’s our name on it.”

“And we’ve learned not to feel bossy from taking initiative,” Audrey said.

“There’s a major double standard, when women come forward and take initiative they come off as bossy, but when men do it, they’re leaders,” Kate said. “Our particular sense has paid off and made our drives really successful.”

“We’re all human. We’re all imperfect,” Rene said. “There is a surface image and then there’s all the difficulties and struggles, and the times someone’s said no.”

All the panelists said that at GHS, there are so many teachers willing to give an extra layer of support to students with a passion for a project or club. 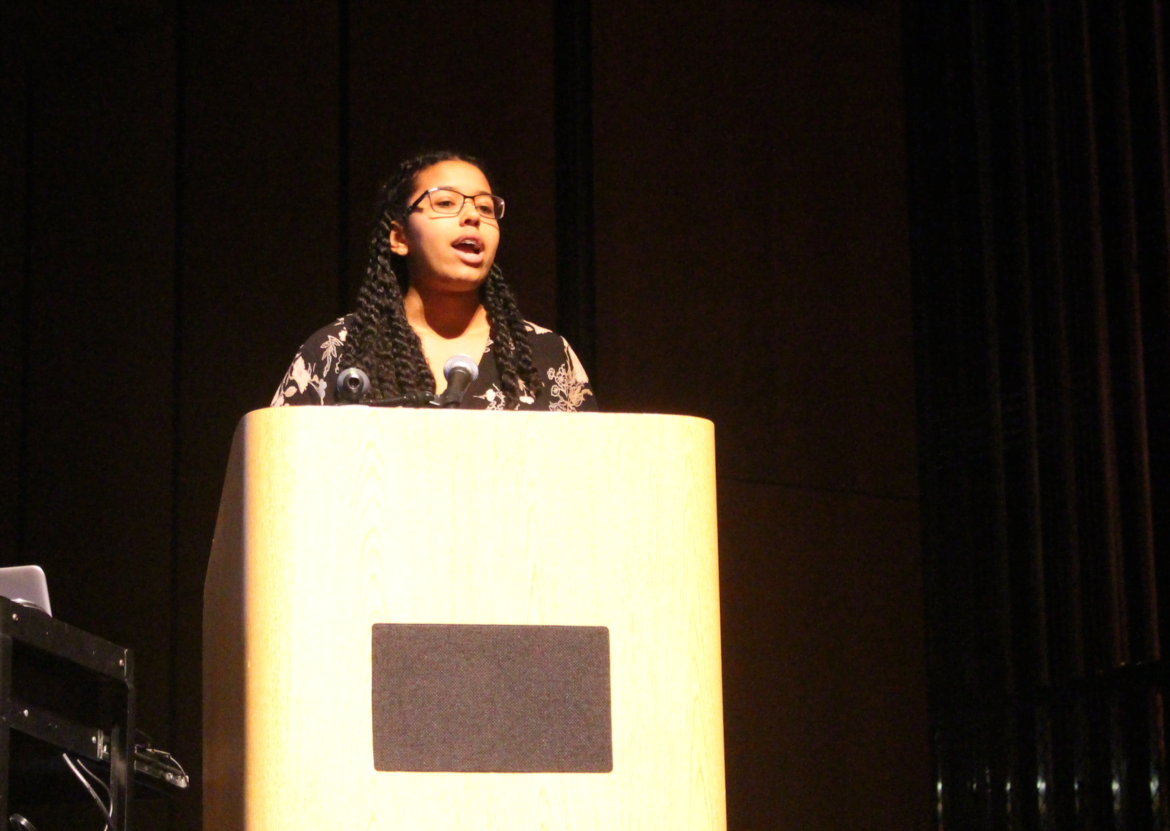 Rene Jameson, who has been volunteering in the community since she was five, is the president of the Roots & Shoots Club at GHS. March 3, 2017 Photo: Leslie Yager

“Focus on something you are passionate about. I think you’ll always find success and happiness,” Olivia said. “You shouldn’t do something because you feel forced to, or because it’s what’s expected of you. It’s also about the resources around you – using Google, or using the teachers around you,” she said. “Any idea you have, you can see to fruition if you just put the time in.” 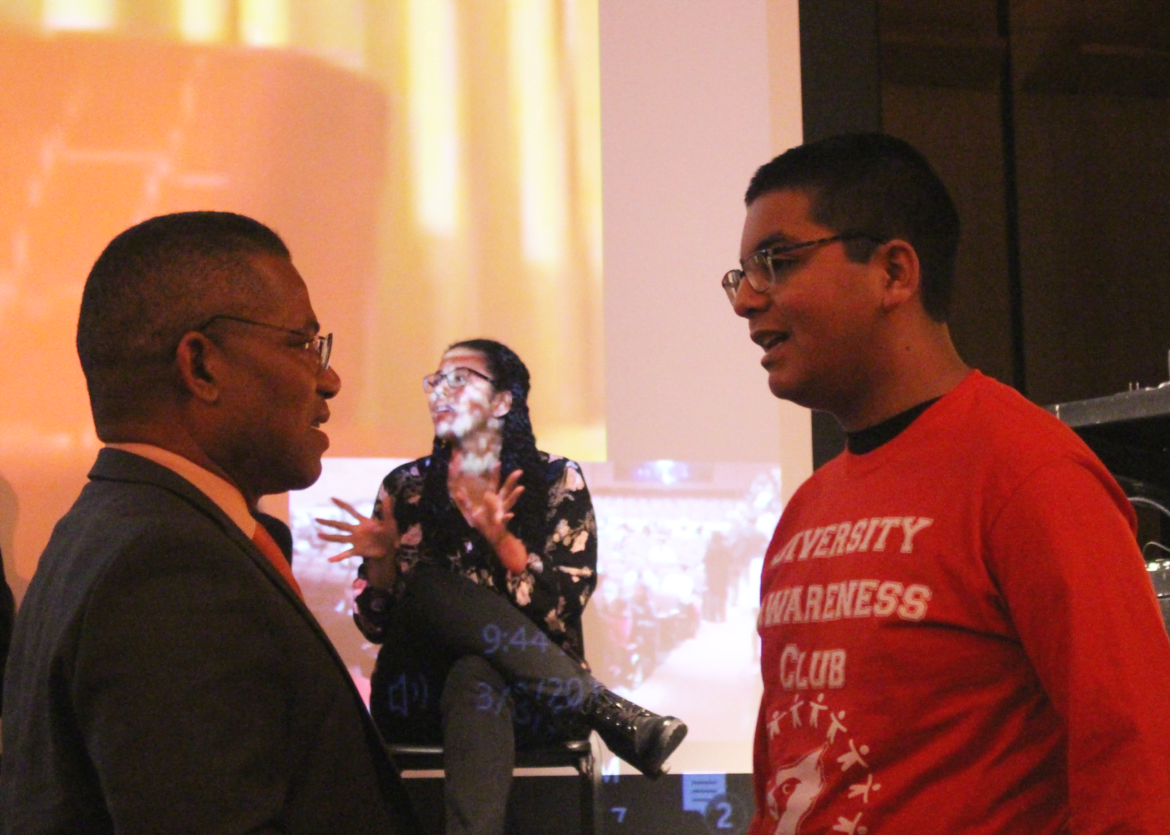 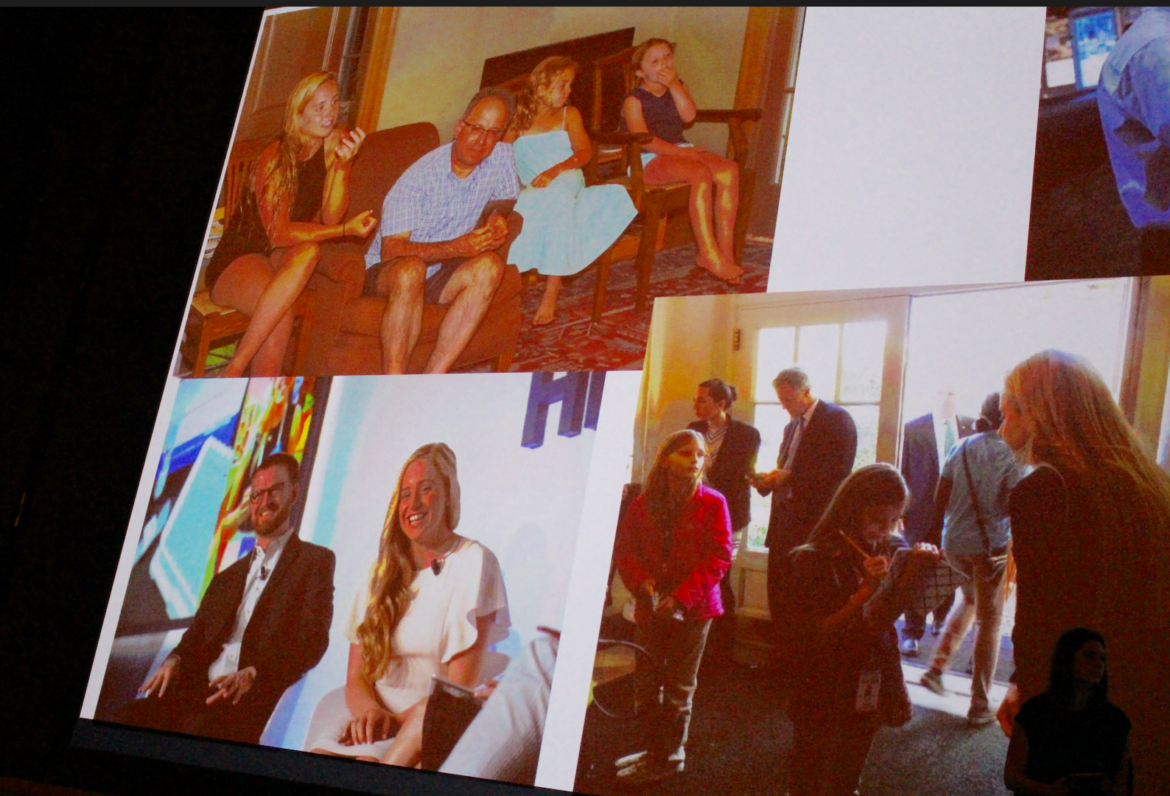 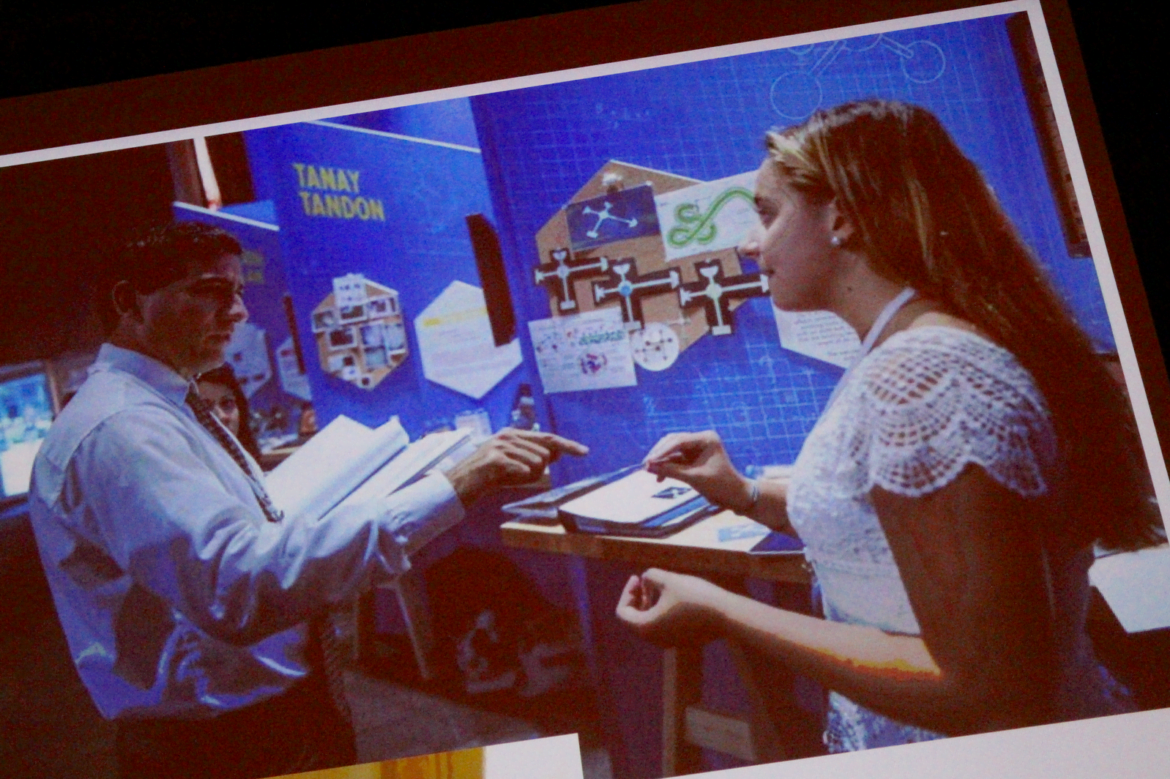 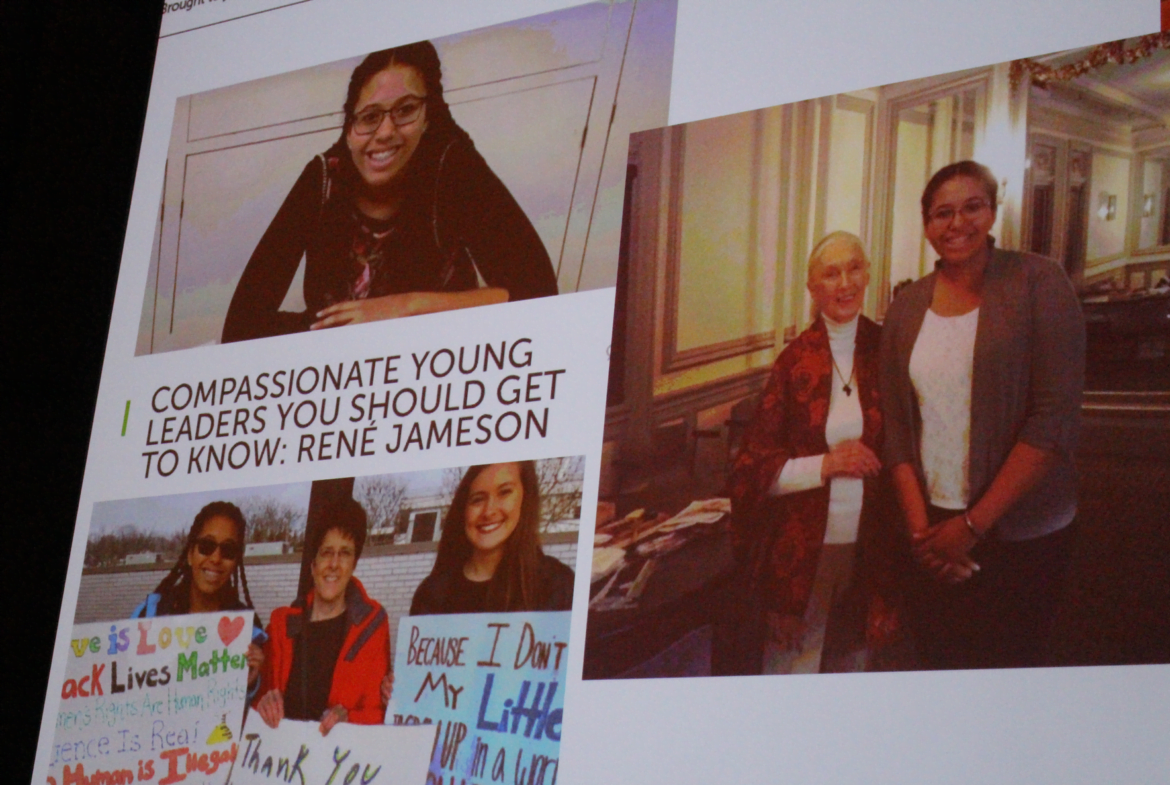 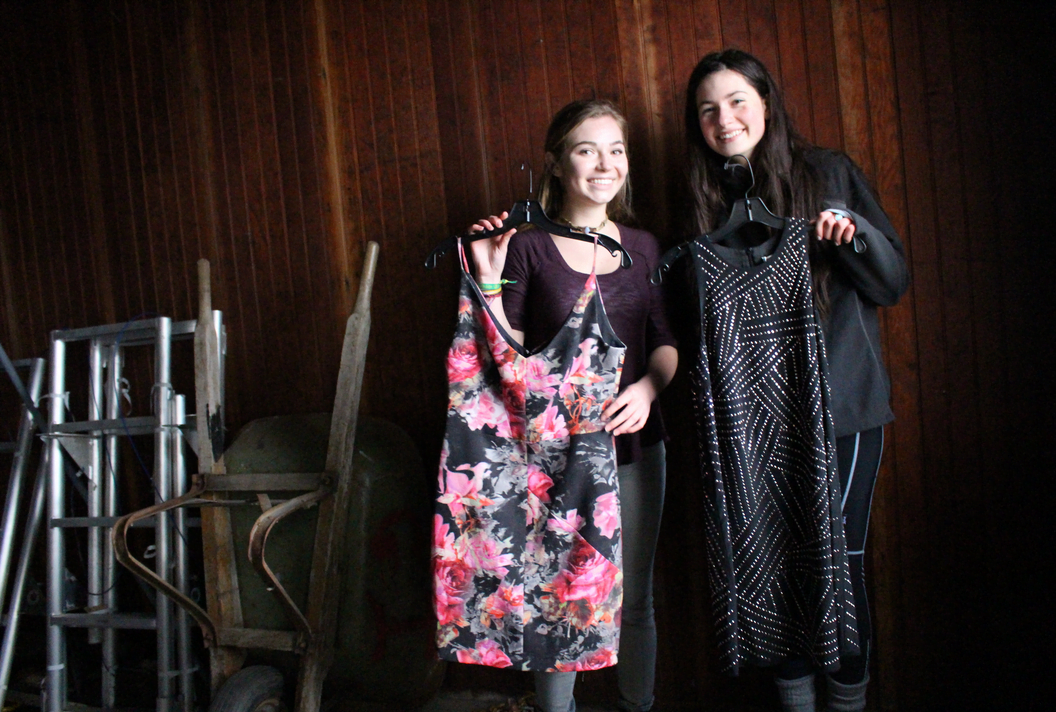 At GHS Dozens Turn out to Support #PublicSchoolStrong Movement