Ralph Mayo, the principal of Eastern Middle School was voted in unanimously  as interim Superintendent of Greenwich Public Schools on Thursday night in a brief 10 minute meeting.

Kathleen Stowe, who chaired the interim superintendent committee, made the motion to appoint Mayo. After a round of applause and standing ovation, Stowe said there had been an impressive number of qualified candidates who had come forward.

The board voted to approve Mayo’s appointment and for the board chair to execute the contract.

“Ralph’s extensive knowledge and dedication to the school system was very impressive,” she said. “I felt like I was the only person in town who didn’t know him already. I’m really excited for this.”

“We have a date in mind but I still need authorization from the board, who has authorization to do that. The discussion is the target date,” Bernstein said. 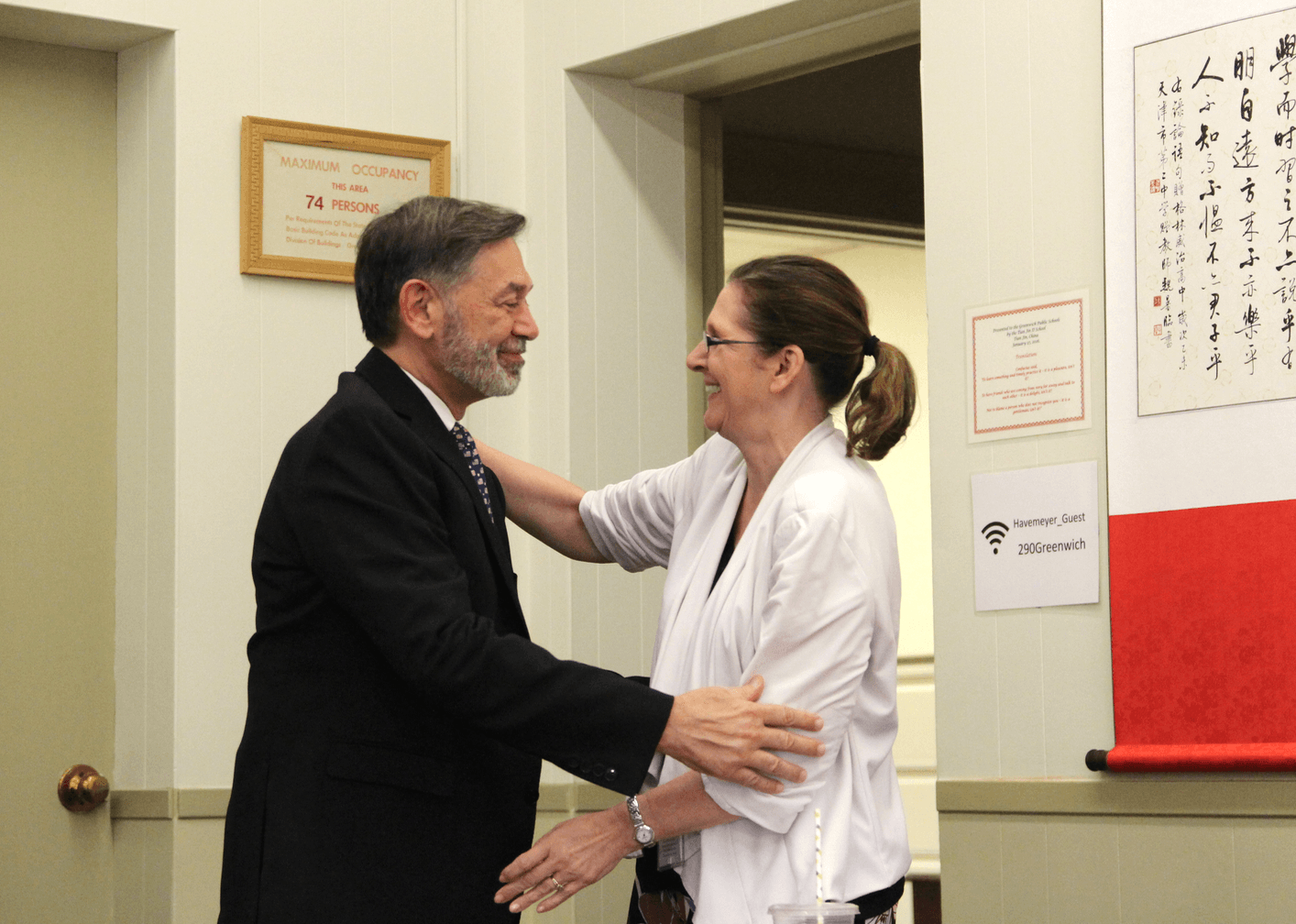 Also, during meeting which was public but included no public comment,  the board voted to terminate Dr. Gildea’s contract.

“I know, it sounds funny,” Bernstein said, a reference to Dr. Gildea’s decision to leave the district to take a superintendent job in Park City, Utah.

The board also voted unanimously to terminate the superintendent’s contract and to authorize the Board of Education chair to negotiate the contract termination by mutual consent. Mr. Sherr and Ms. Olsson participated in the meeting via conference call.

“The purpose of doing that is we vote in a Superintendent. The Superintendent has a contract. Under the terms of her contract, she’s given us 90 days notice. She’s leaving for Utah but is sticking around to do a transition for us,” Bernstein said. “Although she will likely end before the 90 days run, so by mutual agreement we will arrive at an agreeable date that will allow some transition time with Mr. Mayo.” 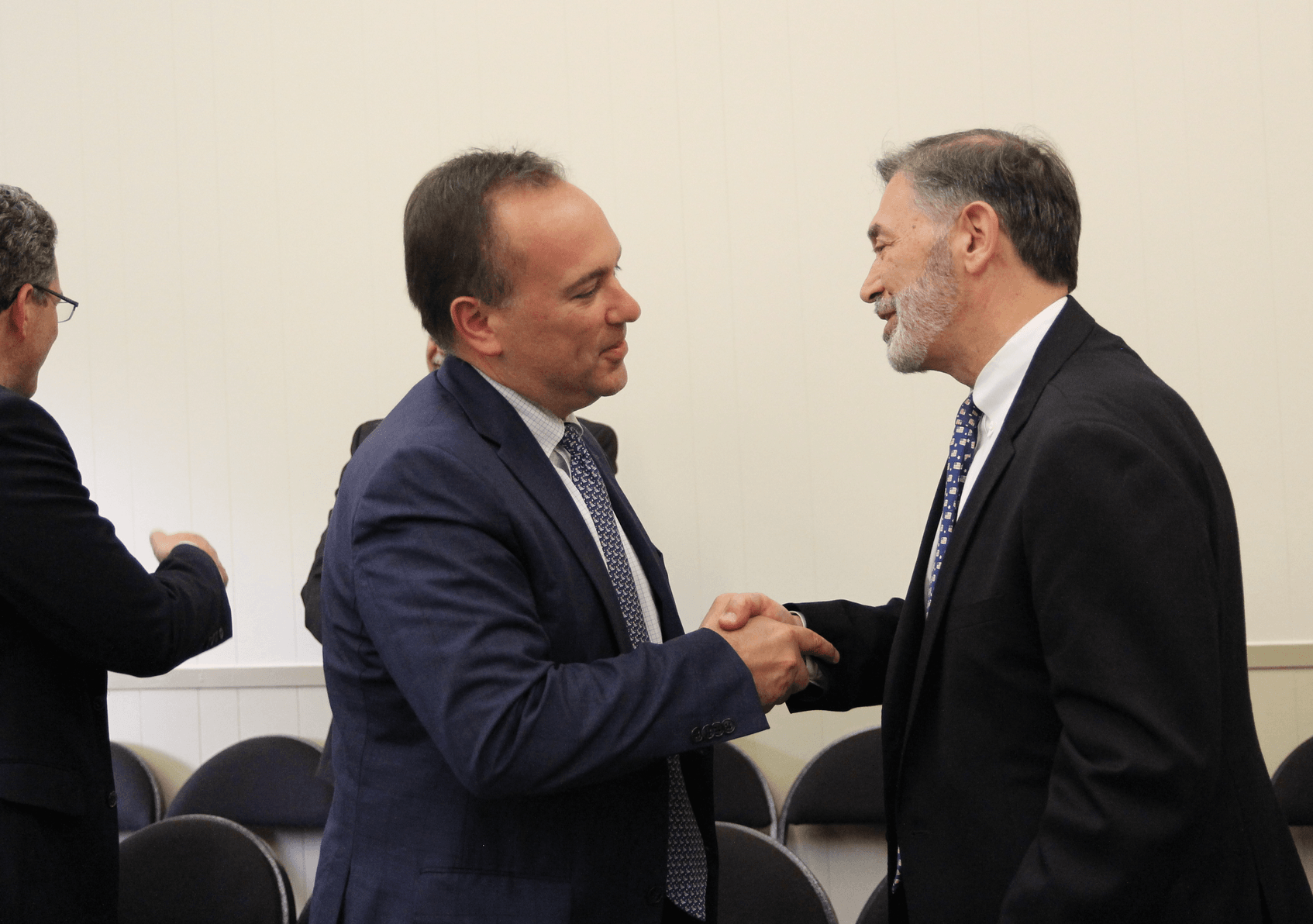 First Selectman Peter Tesei congratulates Ralph Mayo after being voted unanimously by the Board of Education to become the Interim Superintendent of Greenwich Public Schools. June 21, 2018

Mr. Mayo was appointed principal of Eastern by former Superintendent Larry Leverett in 2004. May had previously been housemaster at Clark House at Greenwich High School for 11 years, where he was responsible for all aspects of supervising students and staff in that house.

A Greenwich High School graduate himself, having previously attended the former Byram School and Western Junior High School, Mr. Mayo has been an educator with the Greenwich Public Schools for 41 years.

While at GHS, he chaired the Fifth House Committee to plan for the assignment of staff, students and resources for the new Cantor House, which became the school’s 5th house.

Mr. Mayo received his BS in Secondary Education from Southern Connecticut State University and his MA in Special Education and his Certificate of Advanced Study in Educational Administration from Fairfield University.

He has also served as co-president of the Greenwich Association of School Administrators (GOSA).