Greenwich Police held a Coffee with a Cop event at the McDonald’s on West Putnam Ave on Wednesday morning.

Officer Alex Testani, who has been a presence at all the previous Coffee with a Cop events, said they’d already held the event at West Putnam Ave McDonald’s last June, but that was a Saturday, and drew more families.

“This time there are commuters and people from the neighborhood businesses,” he said. “It’s a different demographic. We’re also talking to people who don’t live in Greenwich – people from Yonkers and Port Chester who have different experiences with cops.” 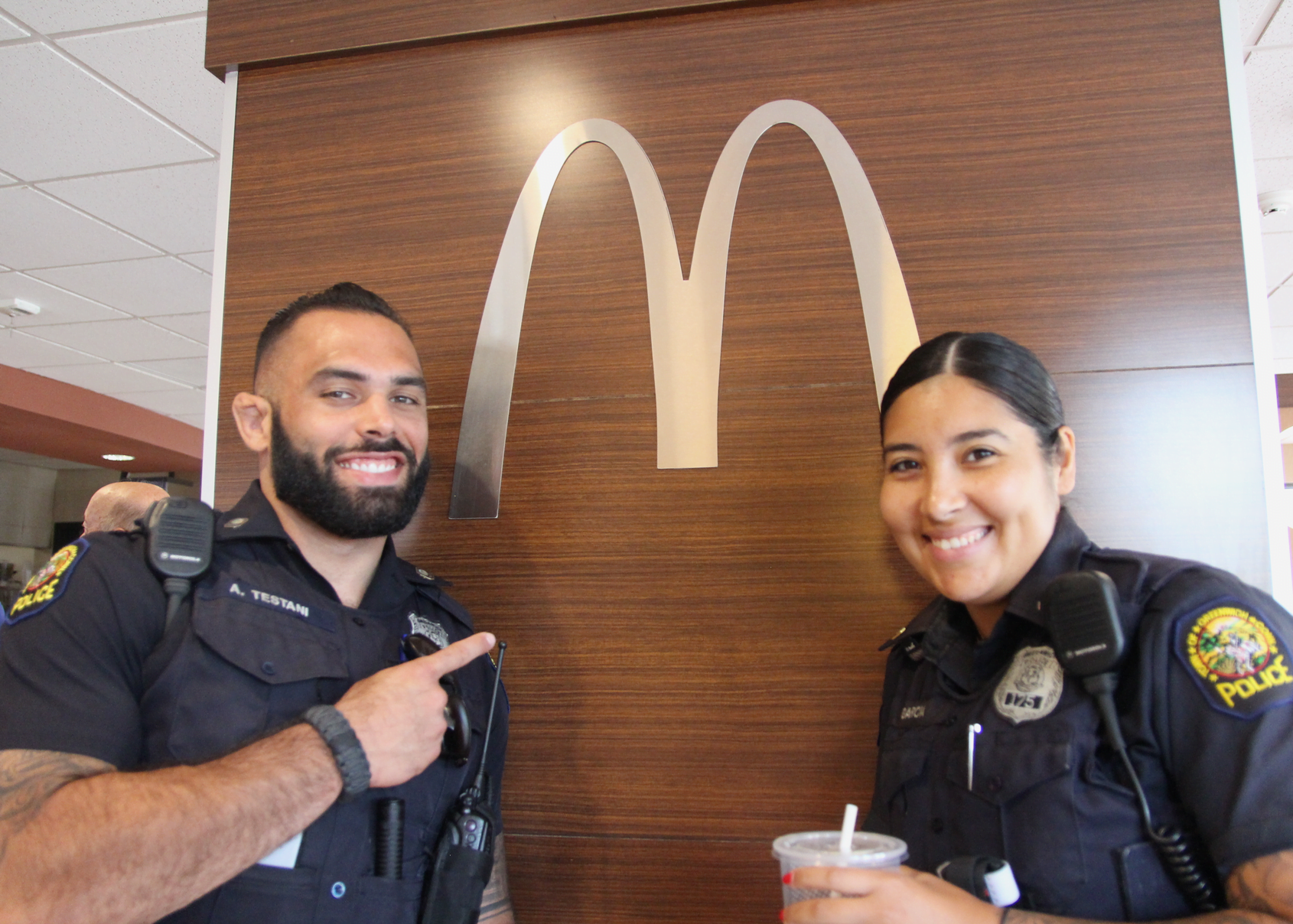 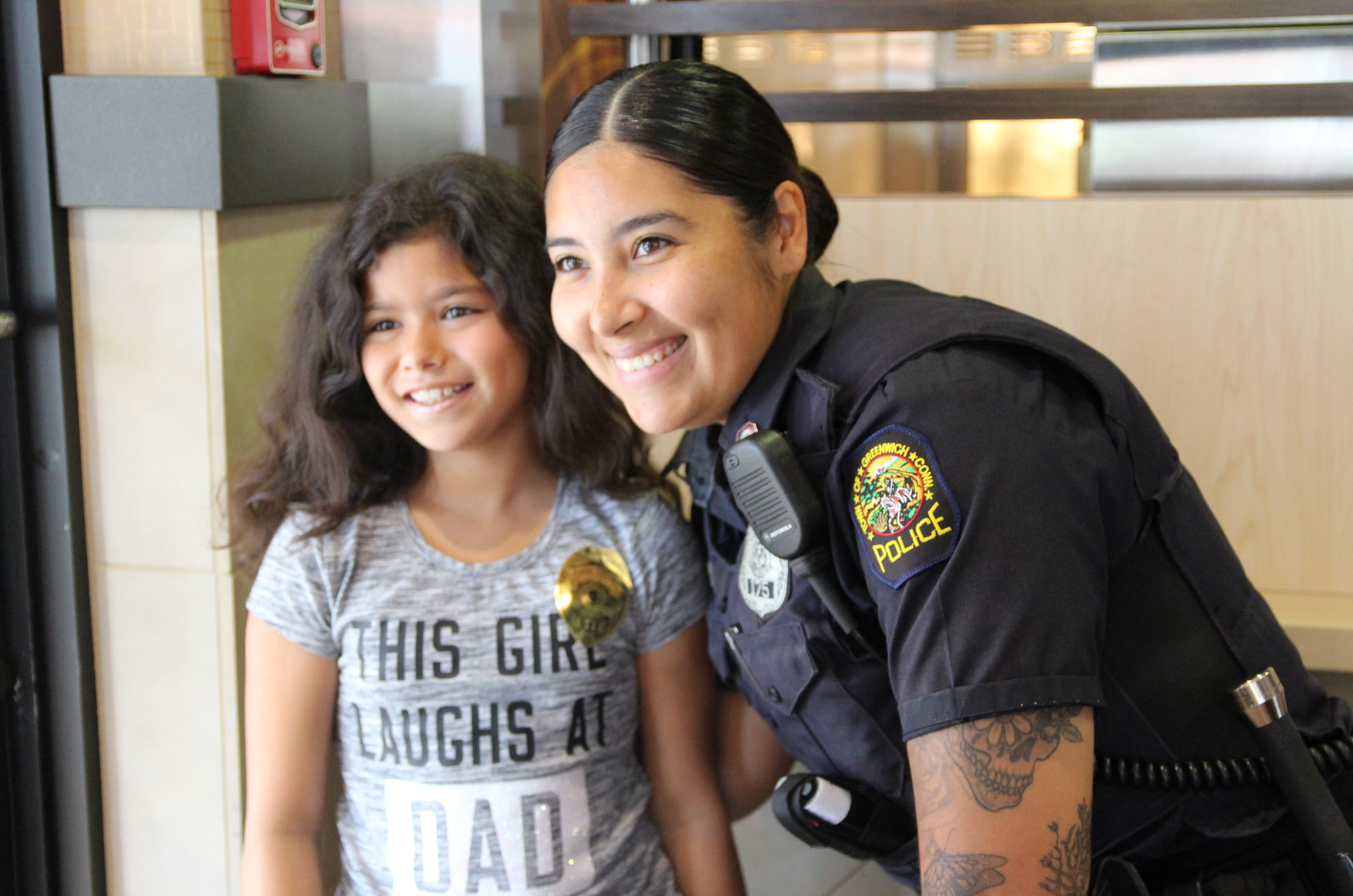 Isabella Ruggiero, 10, who stopped by McDonald’s with her mother had a chance to ask Officer Garcia what is entailed in becoming a police officer.

Officer Ericka Garcia said she takes every chance possible to get out in the community.

“It’s a nice event because on a weekday the adults get to talk to the police, versus all the kids on here on the weekend,” said Ali Conelius who works in Chief Heavey’s office. 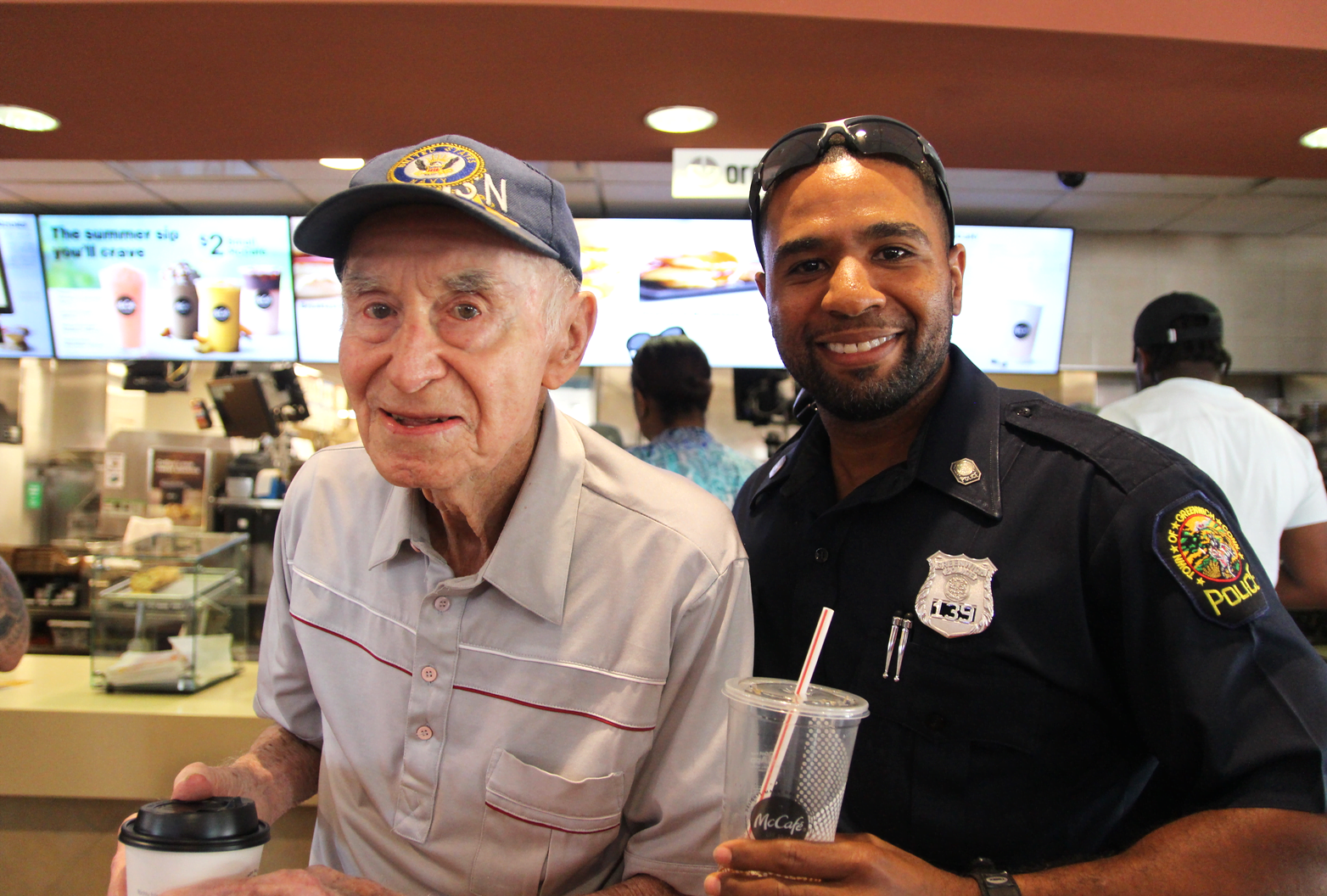 Tony Muskus and Officer Troy Lloyd at the Coffee with a Cop event at McDonald’s. July 11, 2018 Photo: Leslie Yager

“Any time they can do positive policing it’s a good thing,” agreed Judy Keller.

Officer Troy Lloyd chatted with Tony Muskus  of Greenwich about their years in the service. Officer Lloyd was a Marine and Mr. Muskus was a Navy Seal who served for six years from 1941 to 1947.

“It’s nice to see our force who are protecting us. It gives you a good feeling,” Muskus said.

Officer Joel Barry answered some questions about his career choice.

“I was exposed to it when I was younger,” he said. “Sometimes, if you’re passionate about something, you might have to change your goals to be successful financially. …to make your passions into a hobby.”

Officer Barry’s advice? “Stay in school as long as possible.” 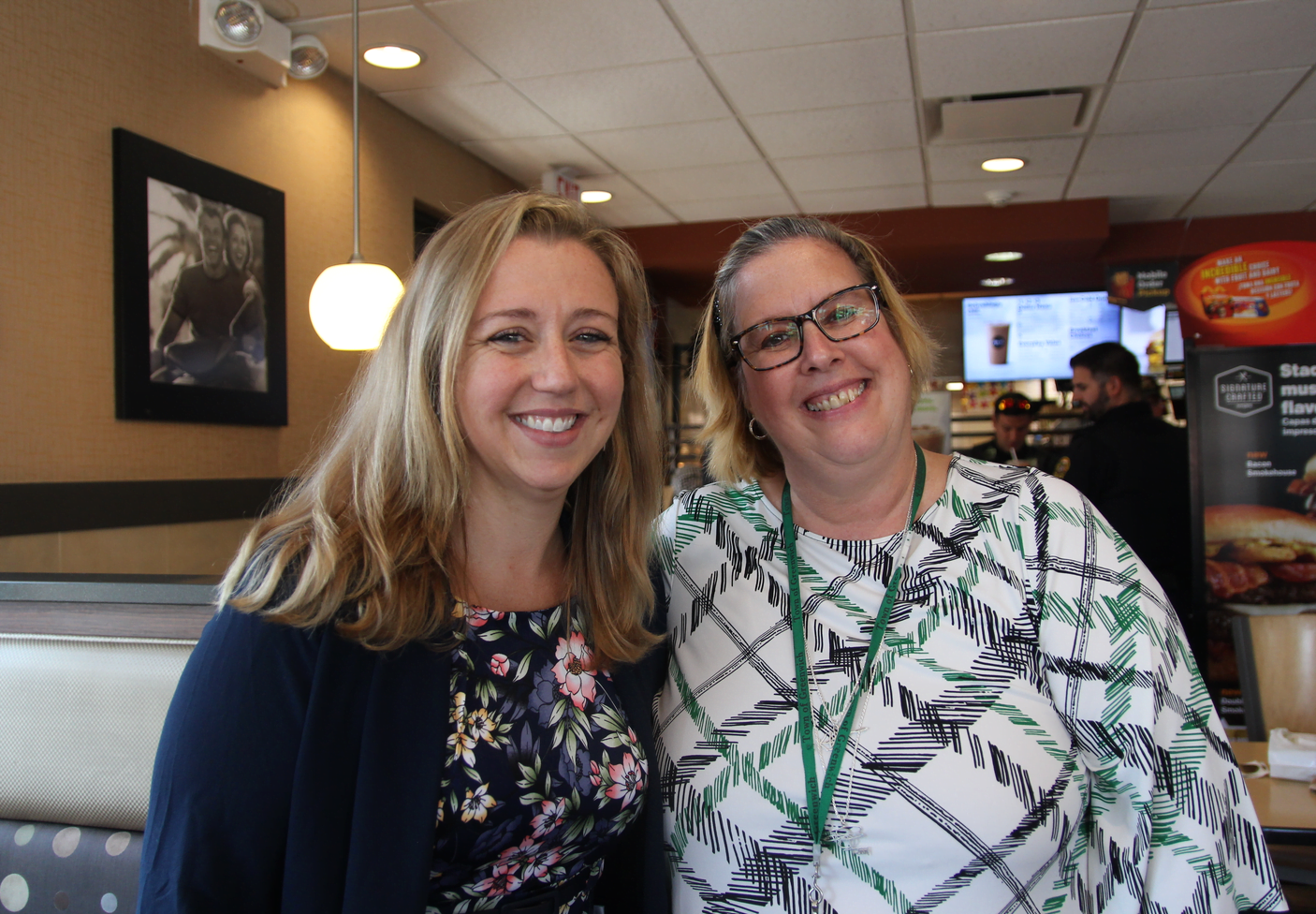 Ali Conelius and Judy Keller at the Coffee with a Cop event at McDonald’s. July 11, 2018 Photo: Leslie Yager

“We’ve had Coffee with a Cop at CFCF Roastery on Greenwich Avenue, at Upper Crust Bagel in Old Greenwich, at Starbucks in Riverside and at this McDonald’s previously,” said CIO Keith Hirsch, who grew up in Glenville and now lives in Cos Cob.

Hirsch, whose father was a detective for 31 years has been on the force 21 years himself.

Sergeant John Thorme said any time police get in touch with the community it’s a success. “This morning commuters have been expressing concerns about construction projects and traffic, including town projects.”

Luna Kodde who makes it a point to attend every Coffee with a Cop event, said she enjoys meeting the new officers. “Some of the officers in Greenwich are cute looking,” she admitted. 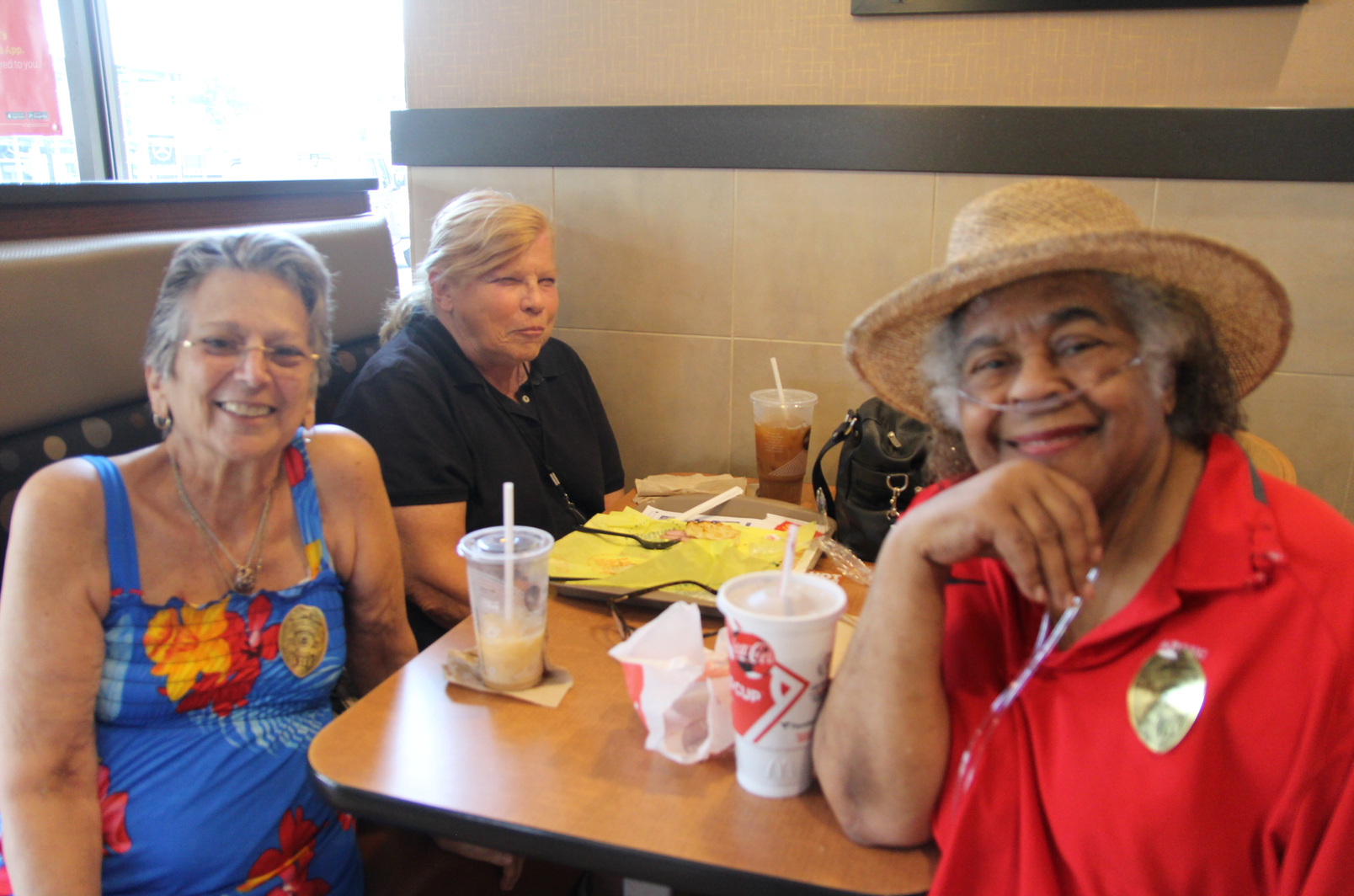 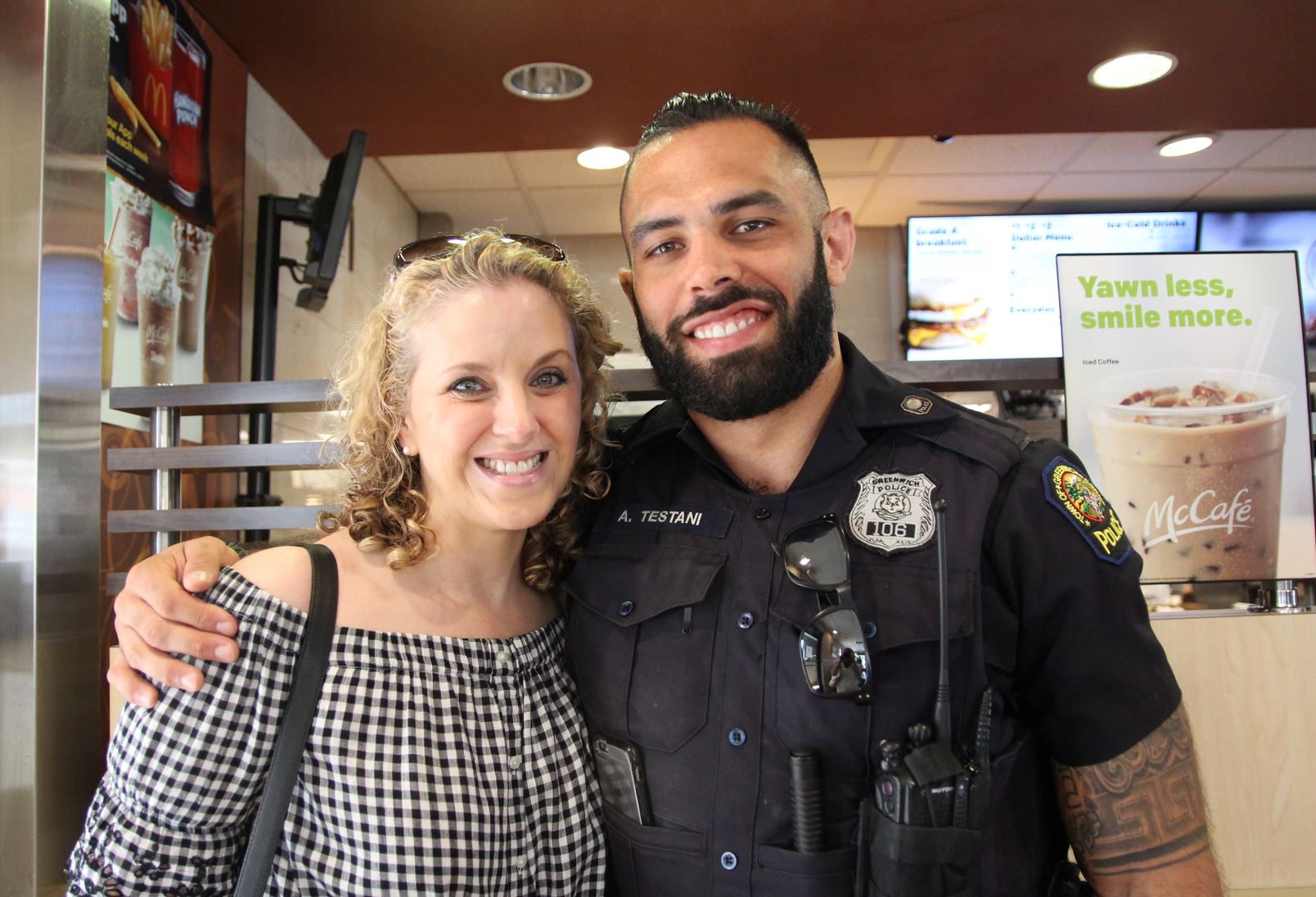 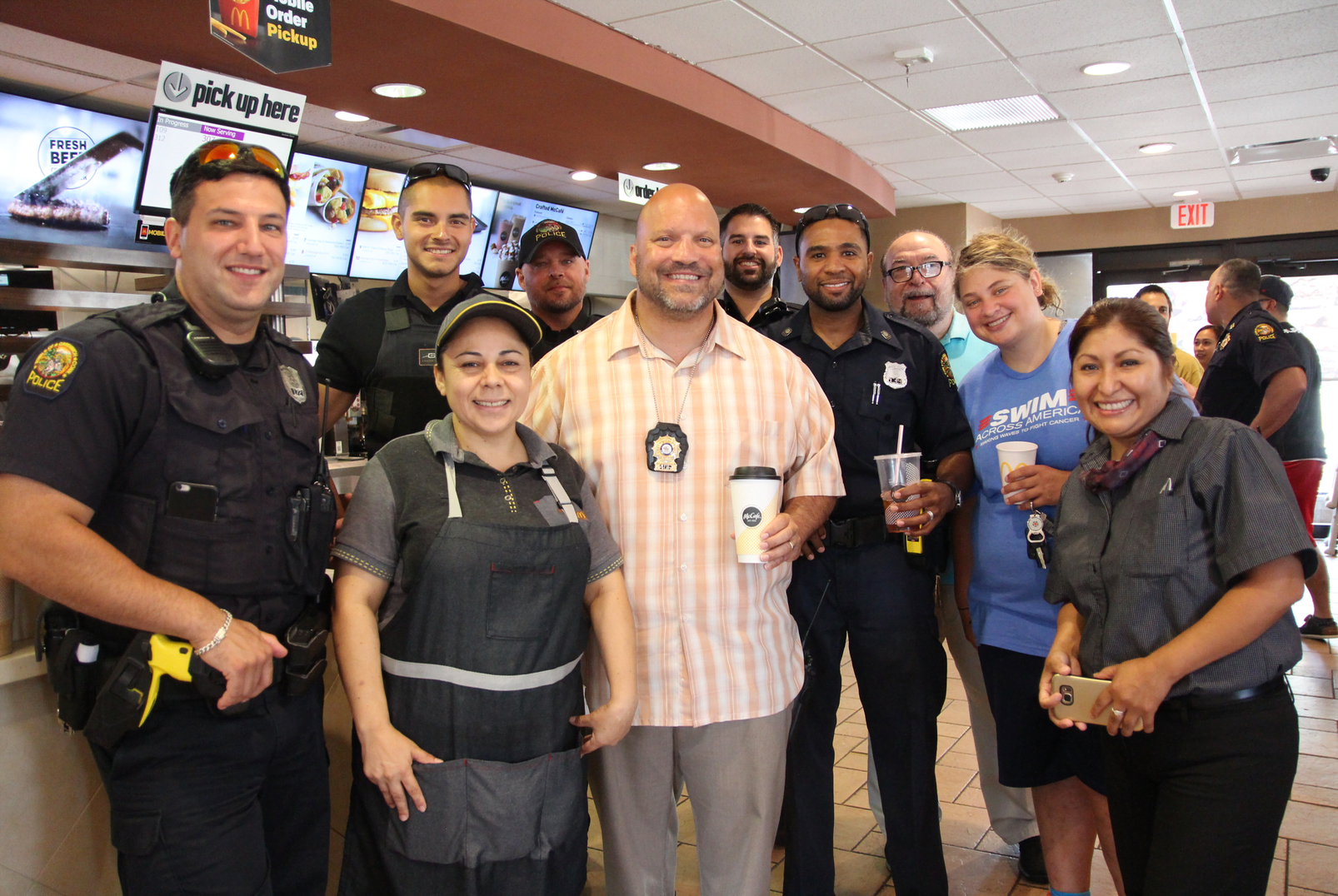 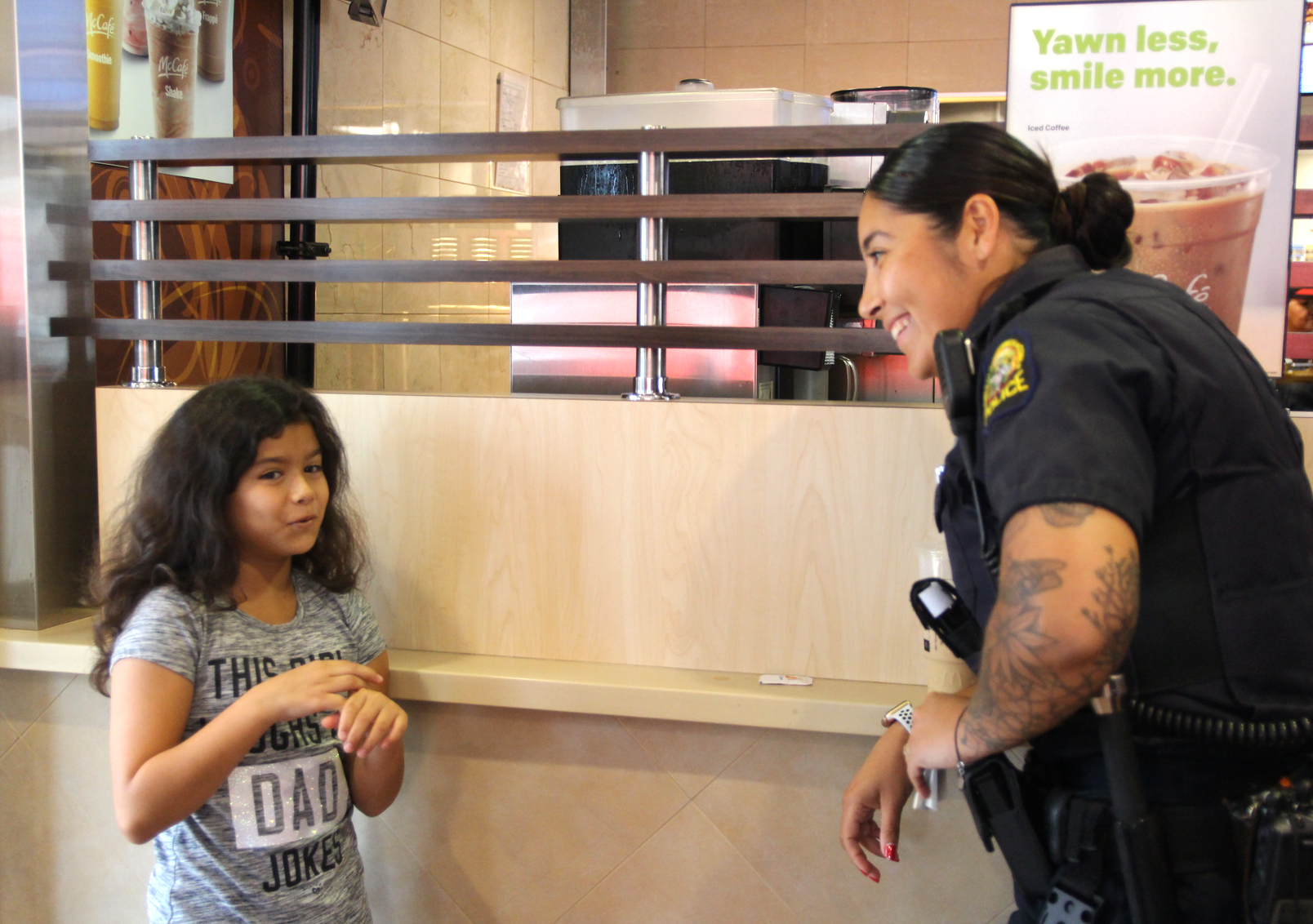 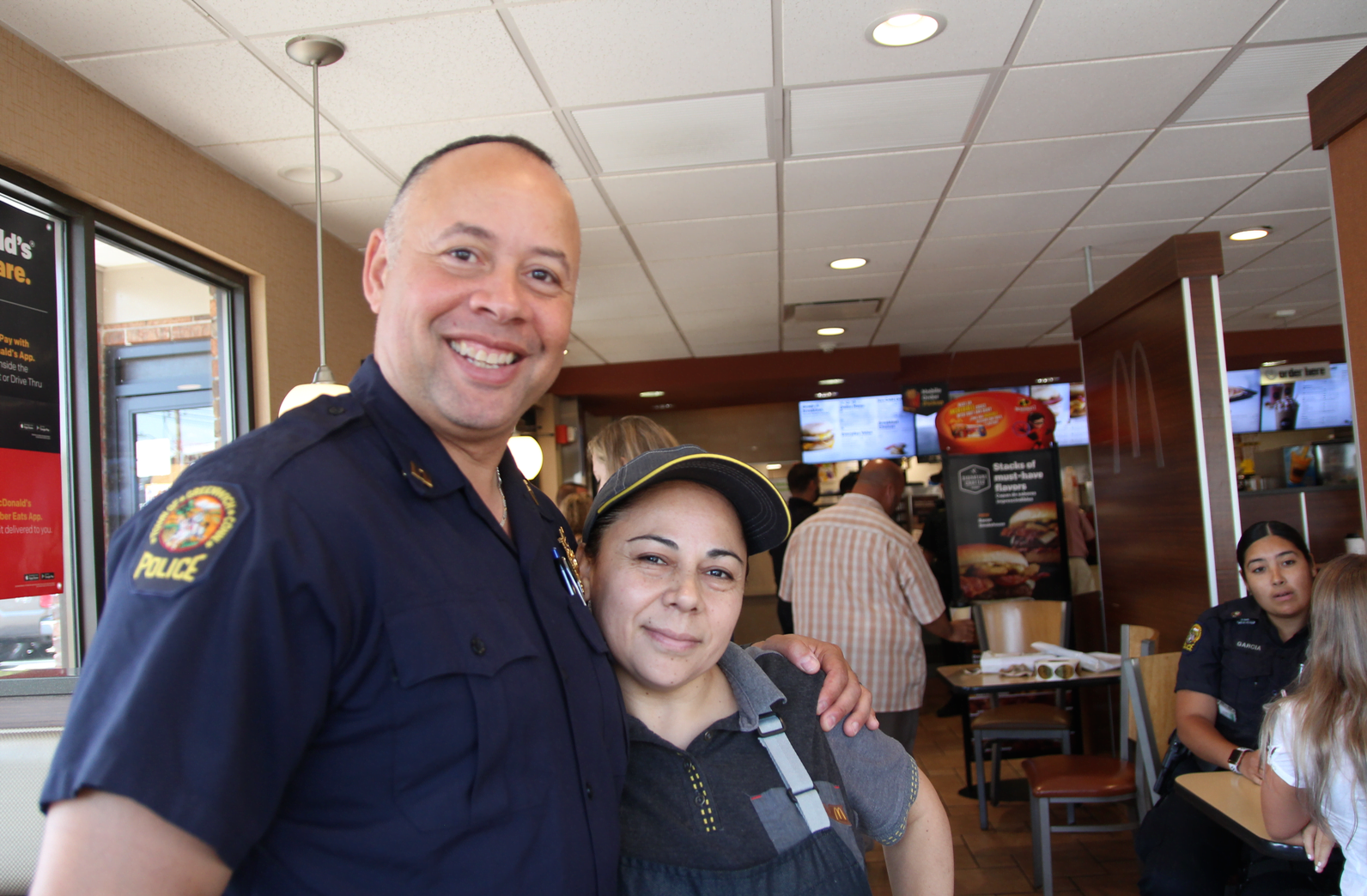