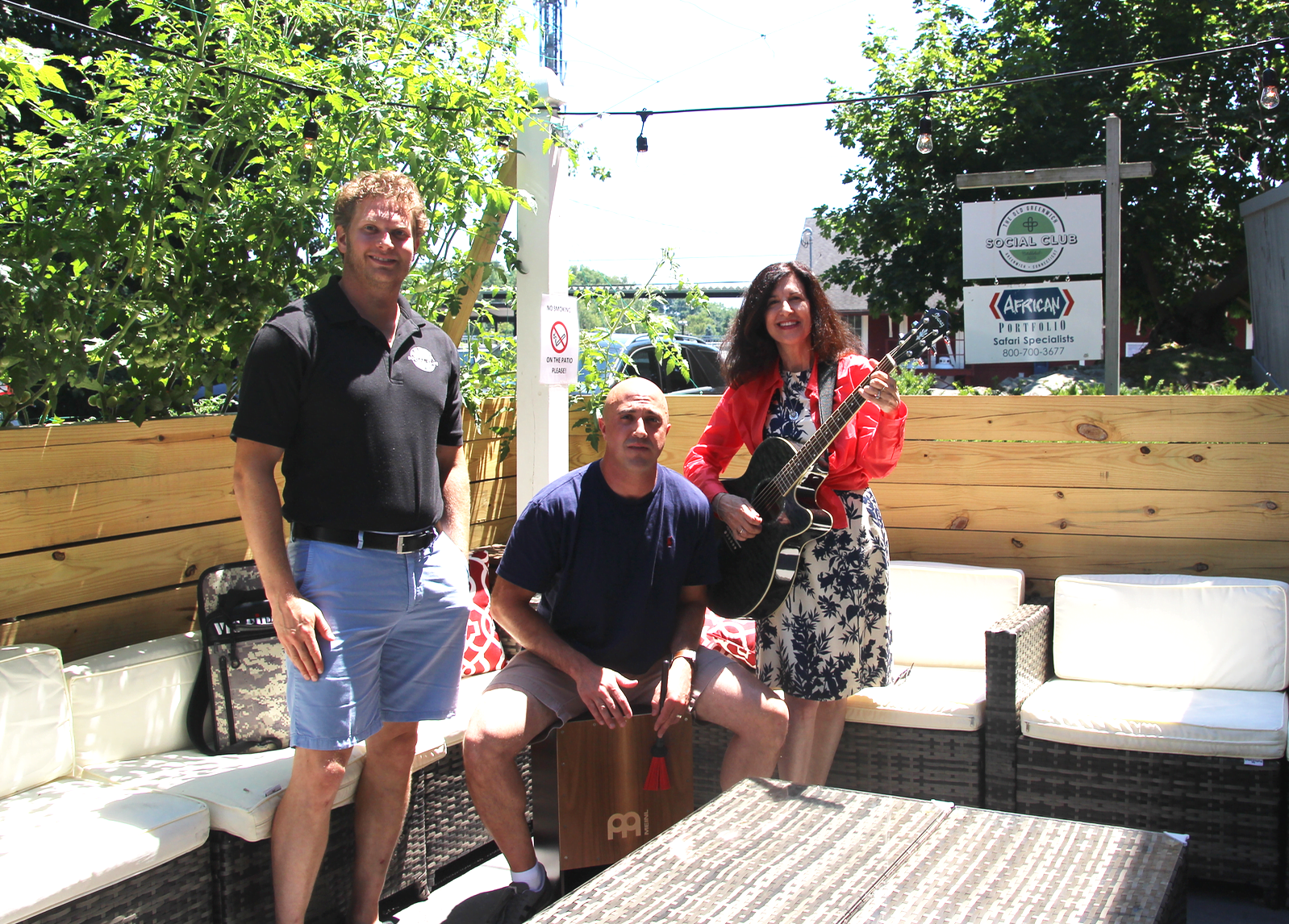 Many longtime Greenwich residents have fond memories of listening to live bands there.

Toward that end, longtime Greenwich resident Felix Guiffra had an idea.

Felix, a percussionist who graduated Greenwich High School in 2000, had been collaborating with Hernan Donoso who also graduated GHS in 2000, and director Kyle Silver at Arch Street Teen Center on a project called The Arch Street Collective to showcase local bands.

Over an iced coffee with Jane Southard and Jed on Tuesday at Old Greenwich Social Club, Felix said idea the Arch Street Collective was born when a new studio was donated. Felix said Greenwich Music owner Joe Summa came on board as a sponsor. “He donated a brand new digital recorder so we were able to record our shows. That’s the tie-in between the stage and studio. A lot of equipment for the studio did double-duty for the live space.”

But, when the summer slowdown hit the Teen Center in June, Felix searched his mind for a new venue.

“I used to play here when it was MacKenzie’s,” Felix explained, gesturing to the corner of Old Greenwich Social Club where bands used to play. “Then I found out from Hernan that Jed is the owner.”

Jed graduated GHS in 2001, and like Felix, he developed an interest in hockey there.

“We like to support local bands and have them perform on a Sunday evening,” Jed said.

This Sunday, July 15, the Arch Street Collective will reprise the musical showcase featuring ten bands. Each band will play a few songs beginning at 7:00pm with and acoustic performance by Two Bald Crew featuring Felix and André Soto.

The Old Greenwich Social Club is a fitting venue for live bands. Jed removes four tables and sets up the bands in the center of the restaurant rather than in the corner. 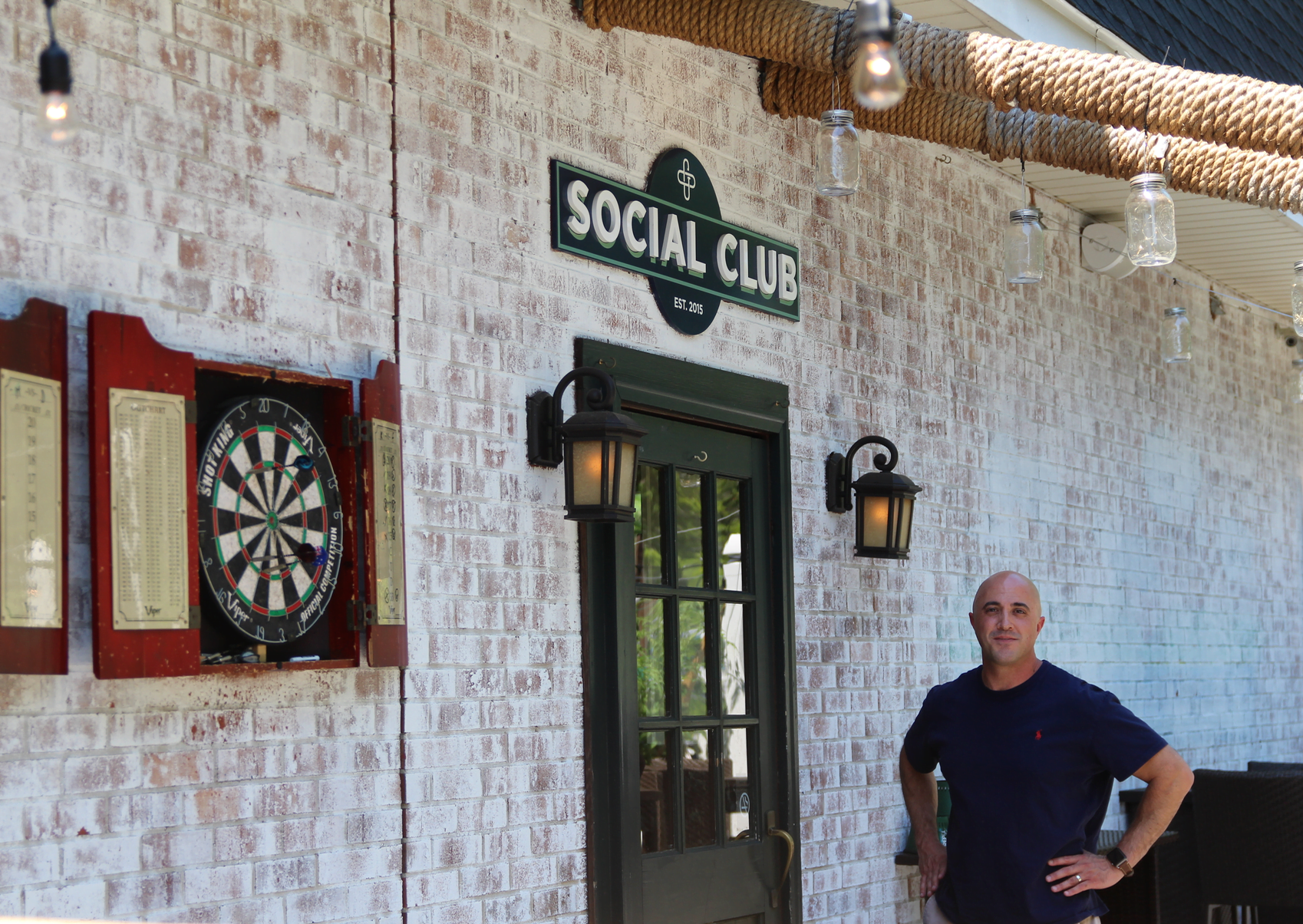 “People also have the option of cooling off on the patio,” he said. Indeed the patio has become a comfortable spot with strands of lanterns overhead and tomato vines slowly working their way into a canopy.

“Come for the social hour and stay for the bands,” Jed suggested, adding that there are several food, beer, wine and cocktails that are 50% off. (They are marked with a star on the menu).

Jed Simon, owner of the Old Greenwich Social Club, created a terraced garden at one side of the patio. Vines are producing tomatoes as well as a bit of privacy under strands of lanterns. July 10, 2018 Photo: Leslie Yager 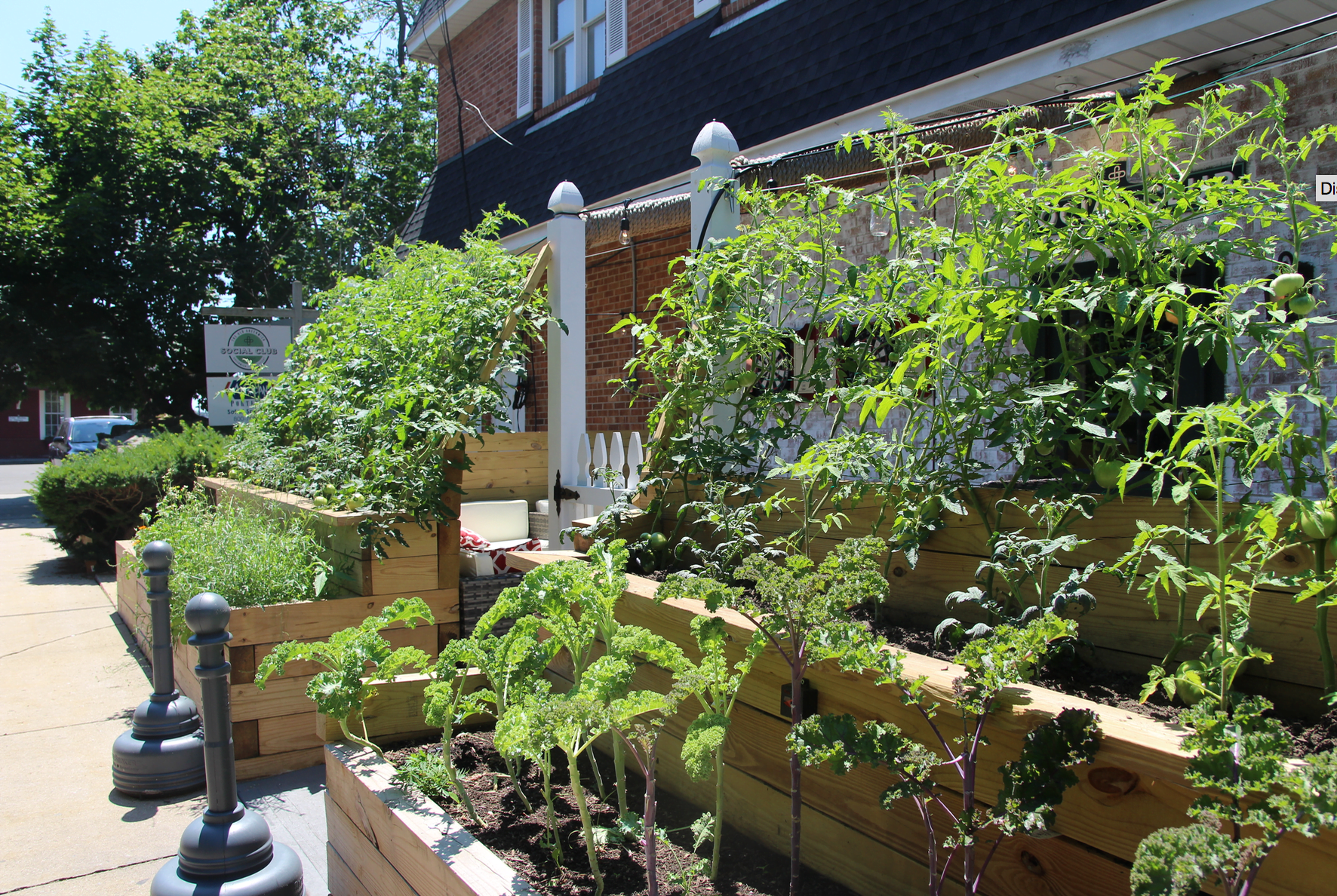 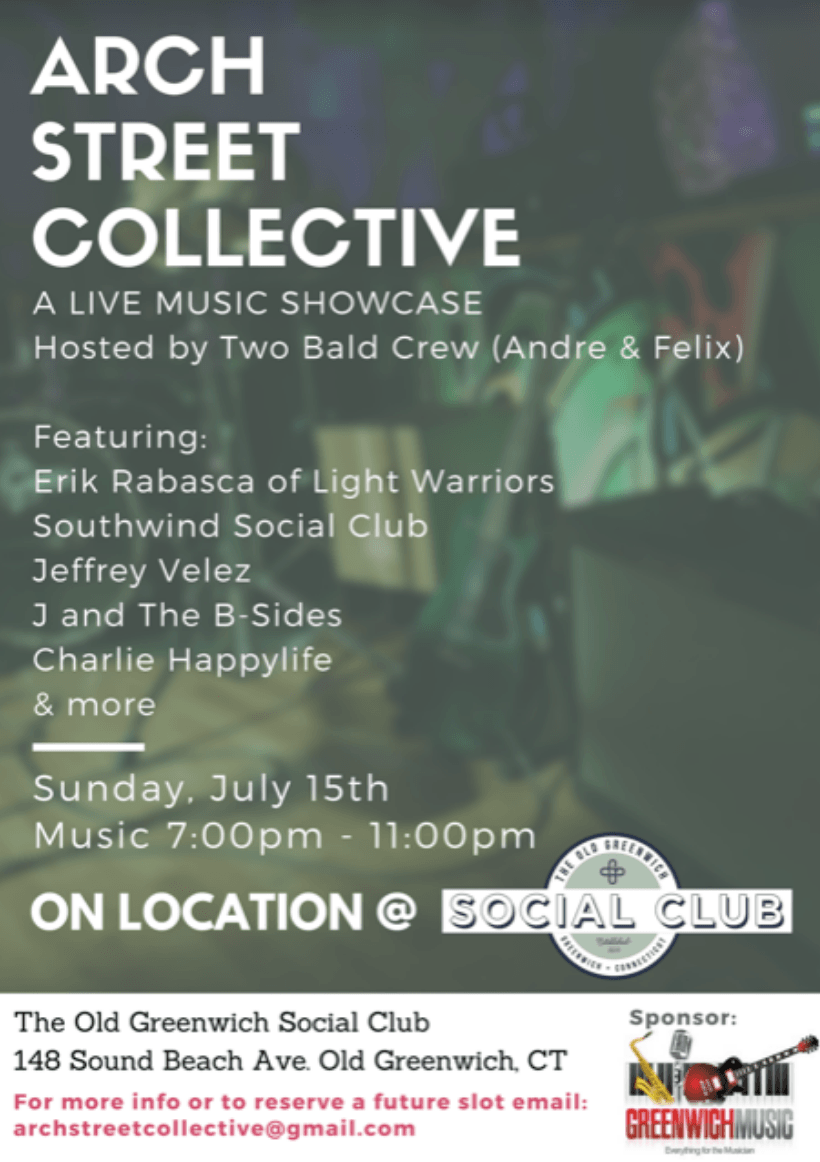