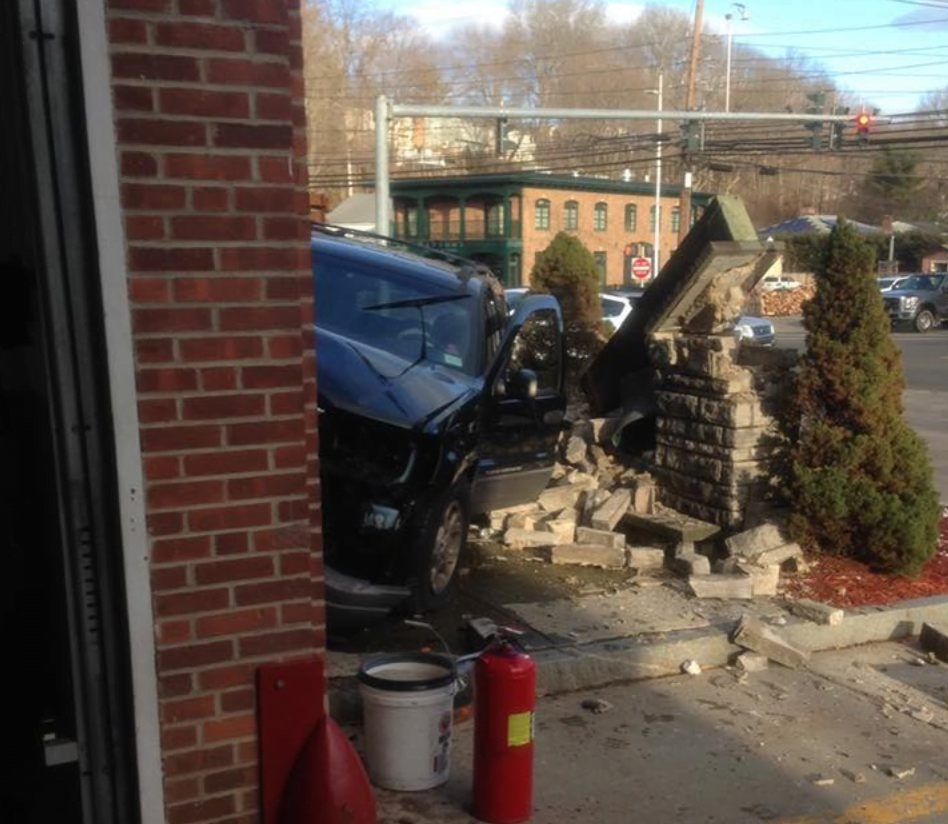 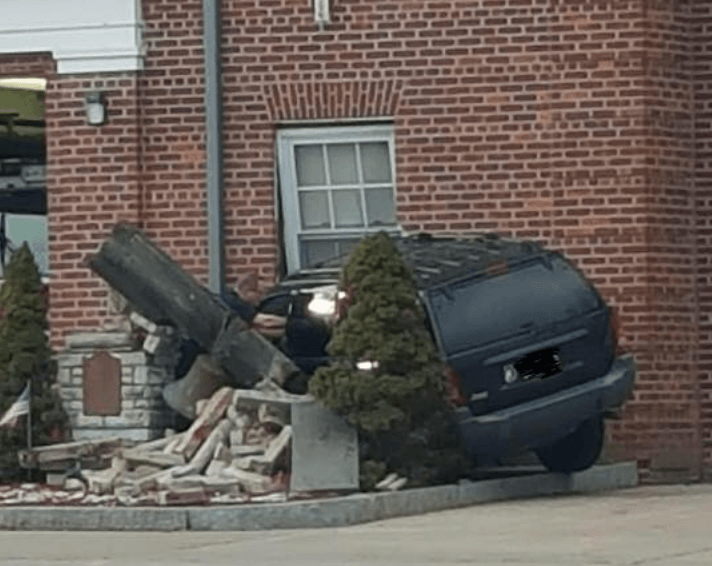 On Wednesday morning, a driver heading south on Riversville Rd drove through the intersection with Glenville Rd and crashed into Glenville Volunteer Fire Company station around 8:30am.

According to Greenwich Police Lt. Slusarz, the driver crashed into a monument outside the building. On the other side of the wall was the fire lieutenant’s office.

“It happened seconds after firefighters had left the room to start their day,” Slusarz said, adding that the incident was being approached as a medical emergency.

“He drove off the road and right into the fire house. There’s a lot of plywood over the wall now,” Slusarz said. “No fire fighters were injured.”

“The driver hit the wall and breeched it right spot,” Slusarz said. “It was just the perfect shot, like cracking the hardboiled egg with the edge of the spoon.”

Fortunately, the driver didn’t suffer injuries as the result of the crash. And he did get immediate medical attention.