Many residents of Old Greenwich remarked at the flooding in Binney Park last Tuesday after a day of steady rain and snow coincided with a supermoon high tide and storm surge of about 2 ft.

“We’re going to continue to see this,” said Conservation Commission director Denise Savageau, who said that with sea level rise, upstream coastal ponds will continue to flood, mixing fresh and salt water. “This will have consequences.”

Savageau, who is retiring on March 1, said the Conservation Commission has requested funds through the Capital Improvement Plan for a series of studies including planning for impacts to coastal ponds and infrastructure.

“What are we going to do to transition these ponds that were fresh water and, because of sea level rise, will become tidal ponds and potentially become salt marshes?” she asked. “What will salt water intrusions do to the critters and fish in pond?” 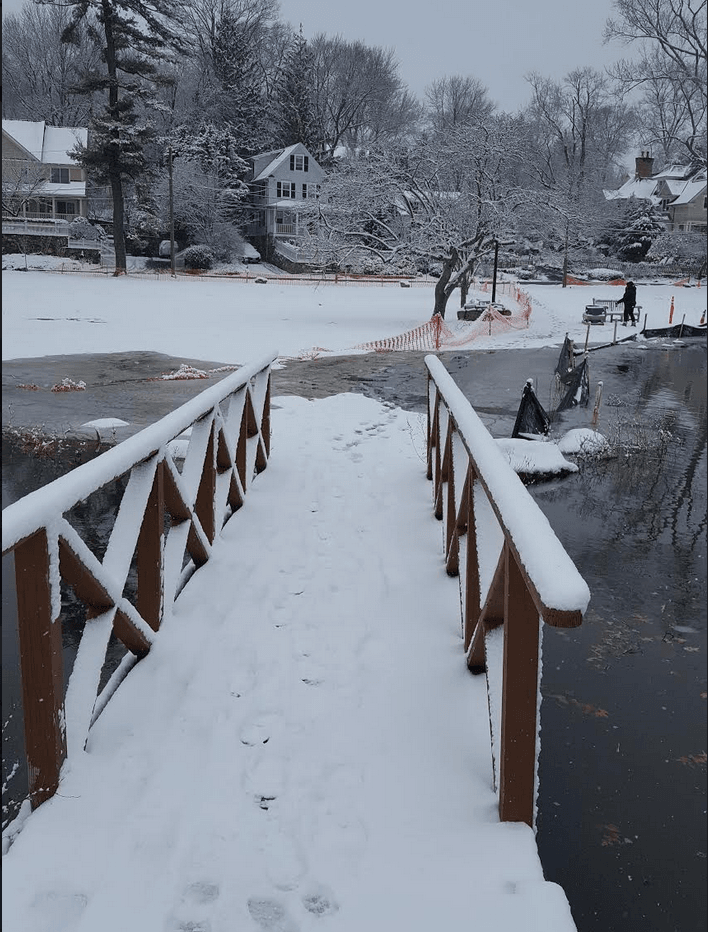 Asked about the new plantings around Binney Pond that were under water on Tuesday, Savageau said her department did not expect the plants would be impacted.

“This is a flood plain area,” she said. “Plants can stand inundation for a short period. But we’ll be looking.” 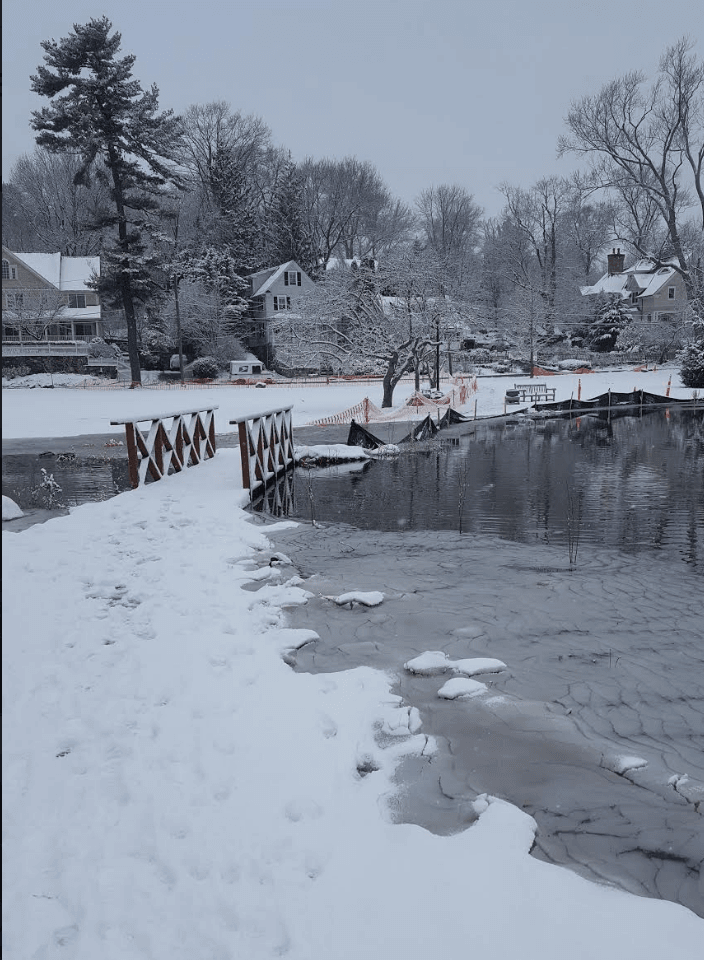 Though she understood the concern for the new plant materials in Binney Pond, Savageau said conservation commission is working with Parks & Rec and the Dept of Public Works. “We are aware this is a flood prone area,” she said. “It’s nothing that surprises us.”

“It could be a flood. Other times it’s a drought. We pay attention.  With new plants, which don’t yet have a good root structure, you always have to look carefully. The extreme cold could hurt too.”

Savageau said last week she was in contact with the town’s emergency management director to remind him about the blue supermoon and that they anticipated seeing some minor flooding.

“We watch the gauges really closely,” she said, referring to tidal gauges belonging to federal agencies. “They measure water elevation. What we know is a normal tide, and during a full moon high tide, we know it’ll be a little higher.”

One agency is the Stamford Hurricane Barrier operated by the Army Corps of Engineers. There are also gauges out on Long Island Sound operated by NOA.

“We look at multiple gauges, which tell us not only the storm surge, but give information on wind direction, precipitation, etc,” Savageau said.

There is a new tidal gauge at Grass Island that was installed put by the US Geological Survey.

While the Binney Park plantings were submerged by the tidal surge last week, Savageau said the situation was unlike the surge at Tod’s Point where wave action increased the surge by several feet. It could have been worse.