The YMCA of Greenwich Middle School Boys and Girls Water Polo Team recently traveled to Indiana University to compete in the 26th Annual Champions Cup, which is run by USA Water Polo and is the National Middle School Championships.

It is considered the most prestigious middle school tournament in the country and only the top 12 teams in the USA get to participate.

YMCA’s teams earned their spot at this tournament by being the #1 team in the Northeast. Out of the twelve teams in each gender from across the US, nine of the teams came from California – the powerhouse state of water polo.

The Greenwich Aquatics Boys squad made history with an amazing 3rd place finish. This is the best that a non-CA team has ever done at Middle School Nationals.

The only loss came in the semi-final game against LA Premier (CA). After a disappointing 3-7 loss, the boys pulled it together and rallied back to beat Stamford (CA) 9-8, and 680 Drivers ended up winning the tournament, a team that the Greenwich boys beat on the first day.

“The boys did an amazing job against the all the top teams from the United States,” said Greenwich Aquatics Coach Ulmis Iordache. “We have proven yet again that Greenwich is one of the top teams in the country and we can compete against anyone. These young men have been working really hard and it paid off this weekend. I can’t want to continue this journey with this talented group. I have no doubt that there is even greater things ahead if they stick together.” 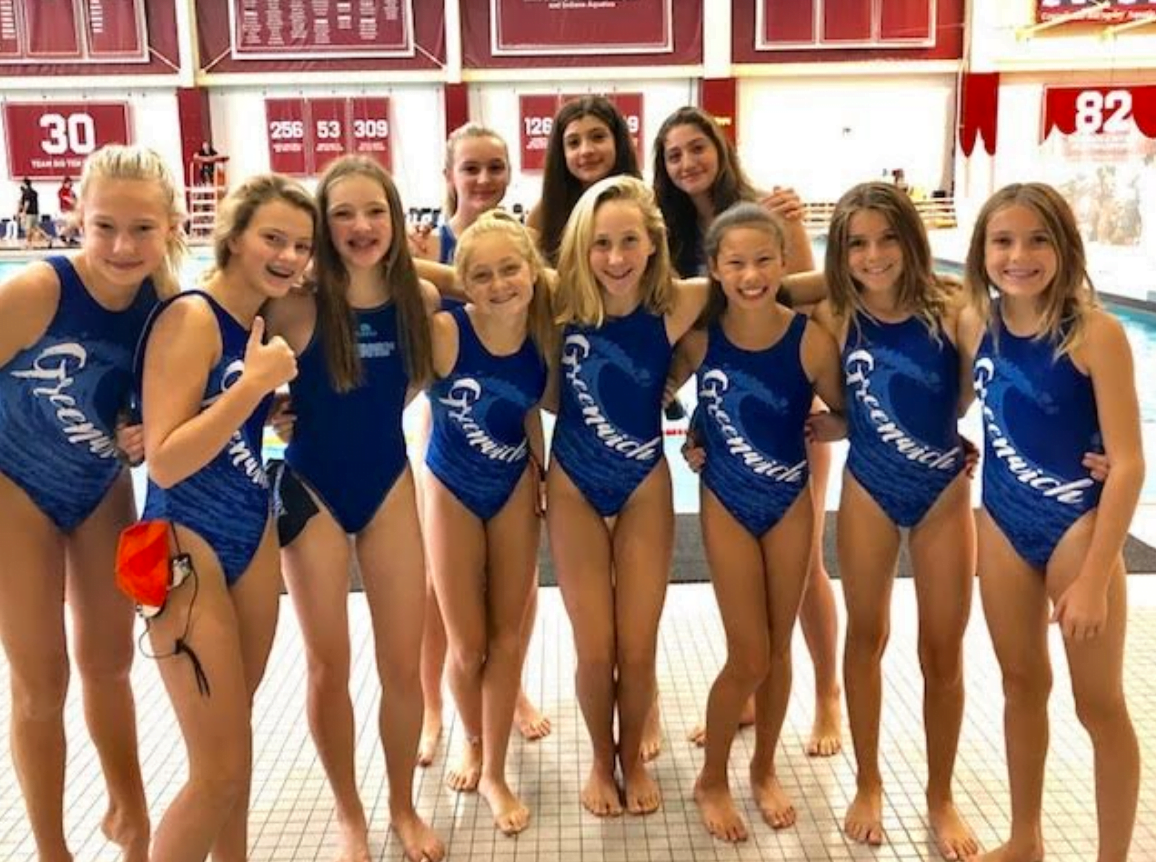 The Greenwich Aquatics Girls squad ended up with 7th Place, which was two places better than last year’s squad. For this young squad, two of their losses came to teams that got top 2 at the tournament. On the first day, they only lost 8-11 to SOCAL (CA), who eventually went on to win the tournament.

They also lost to Commerce (CA) on the second day who ended up getting 2nd at the tournament. They had a huge win (5-3) against Diablo (CA) and beat Rosebowl (CA) 13-4 for the 7th place game. Elektra Urbatsch was the lead scorer for the team.

“We had a very young but talented group of girls this year,” said Greenwich Aquatics coach Jamie Wolff. “Despite their size and younger age, the girls proved they were fearless. They dominated on defense and they all have very bright water polo futures ahead.”

Patrick Mullen, an 8th grader at Greenwich Country Day School, was the boy’s leading scorer for the weekend and was awarded the Jody Campbell Sportsmanship Award.

CJ Weigel, an 8th grader at Eastern Middle School led her team on defense being a wall in cage and she was awarded the Maureen O’Toole Sportsmanship Award.

Founded in 1916, the YMCA is the largest community-based membership organization in Greenwich.

Part of a well-known YMCA national network, the Greenwich Y has over 5000 members and growing. Its programs in healthy living and youth development seek to serve and to nurture the potential of everyone in our community, whether or not they have the ability to pay for its programs.