Greenwich Police announced the death of one of their own, Antonio Rivera, Jr, 53, also known as “The Gentle Giant,” who started his career with the Greenwich Police in 1989 and retired in 2009.

Before becoming a police officer, Rivera graduated from Greenwich High School and received an Associate’s Degree in Business Management from Westchester Business Institute.

Greenwich Police said that Mr. Rivera became in involved with the force when he was just 13 and a member of the police Jr Babe Ruth Baseball Team. He continued his sporting career with the department on the police softball team.

During his career with Greenwich Police, Rivera served on the patrol division, the traffic division as an accident investigator, and the professional standards division as a neighborhood resource officer.

He was most proud of being one of the original members  of the Greenwich Police honor guard. His personnel file contained numerous  letters from citizens and commendations from the department commending him on his outstanding performance and service to the community.

Antonio Rivera, Jr., 53, of Danbury, beloved husband of Melissa (Mygan) Rivera, died peacefully at Danbury Hospital on Thursday, August 2, 2018.  He was born in Greenwich on January 5, 1965, son of the late Antonio Sr., and Nereida (Santiago) Rivera.

Antonio was the first Hispanic police officer with the Greenwich Police Department, and one of the original honor guard members. 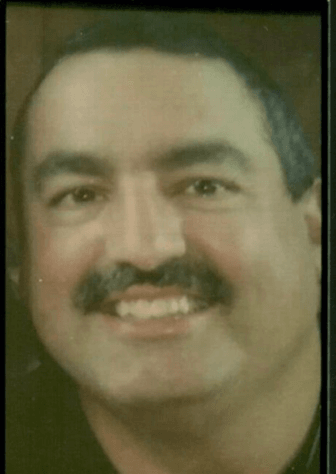 He was promoted to NRO in 2007 and retired after 20 years of dedicated service.

In addition to his cherished wife of 30 years, Melissa, he will be sadly missed by his children Antonio Rivera, III, and Jacqueline Rivera; his sister, Maria Morris (Timmy); his brothers, Angel (Olga) and Alberto (Laura); his in-laws, Joyce and Ned Kegelman; his sister-in-law, Loretta Catania (Christopher); and many nieces and nephews.

Calling hours were held on Aug 7. There is no funeral service or burial.