The focus will be on the northeast corner of the park. The idea is to create a welcoming gateway and expand water views.

It will be important to make the entire park accessible to the public while also providing vehicle access.

Currently residents enter the park either to access ferry service or attend one of the annual events that include Greenwich Concours d’Elegance, Puttin’ on the Dog, and Greenwich Town Party. 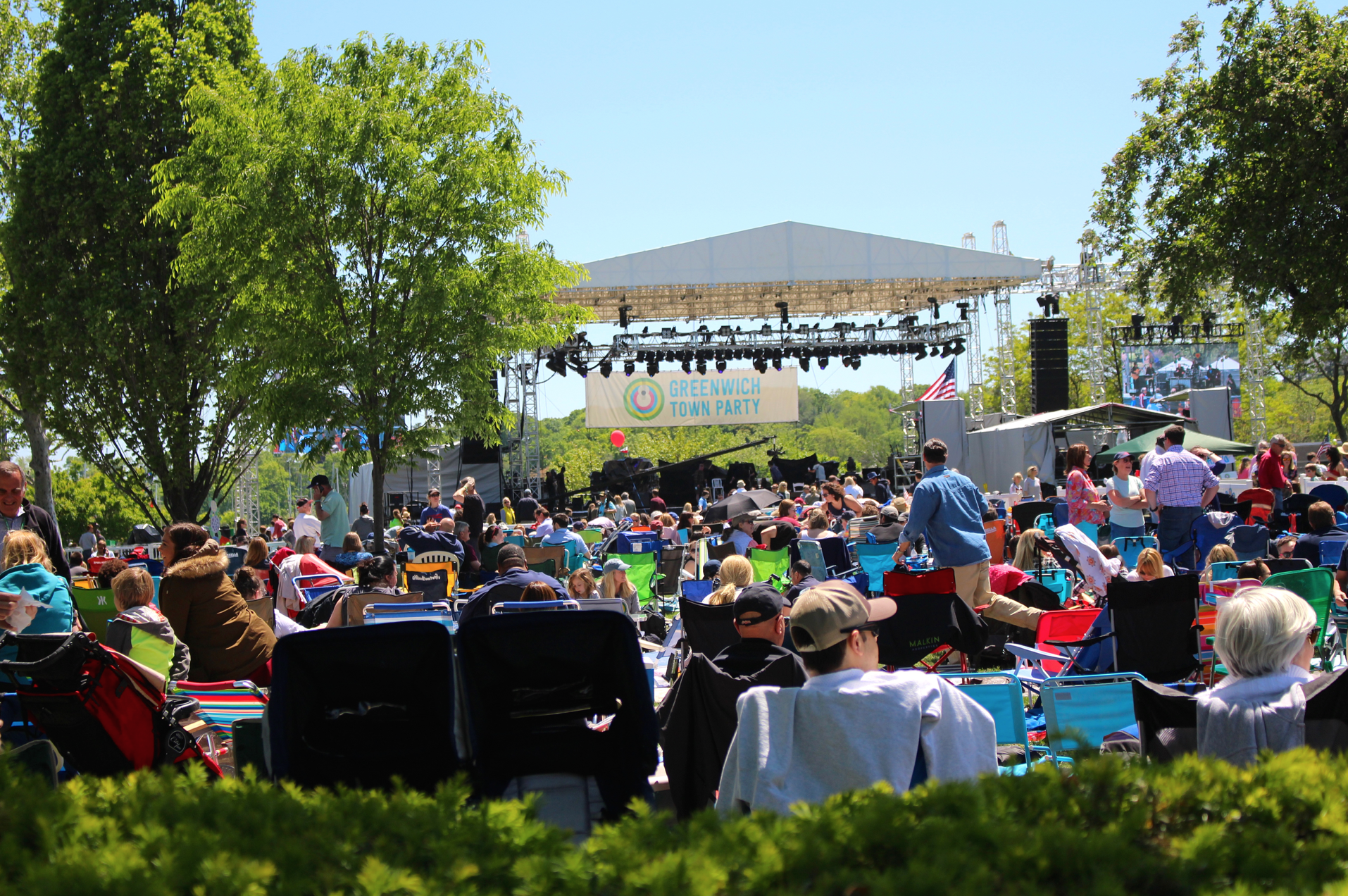 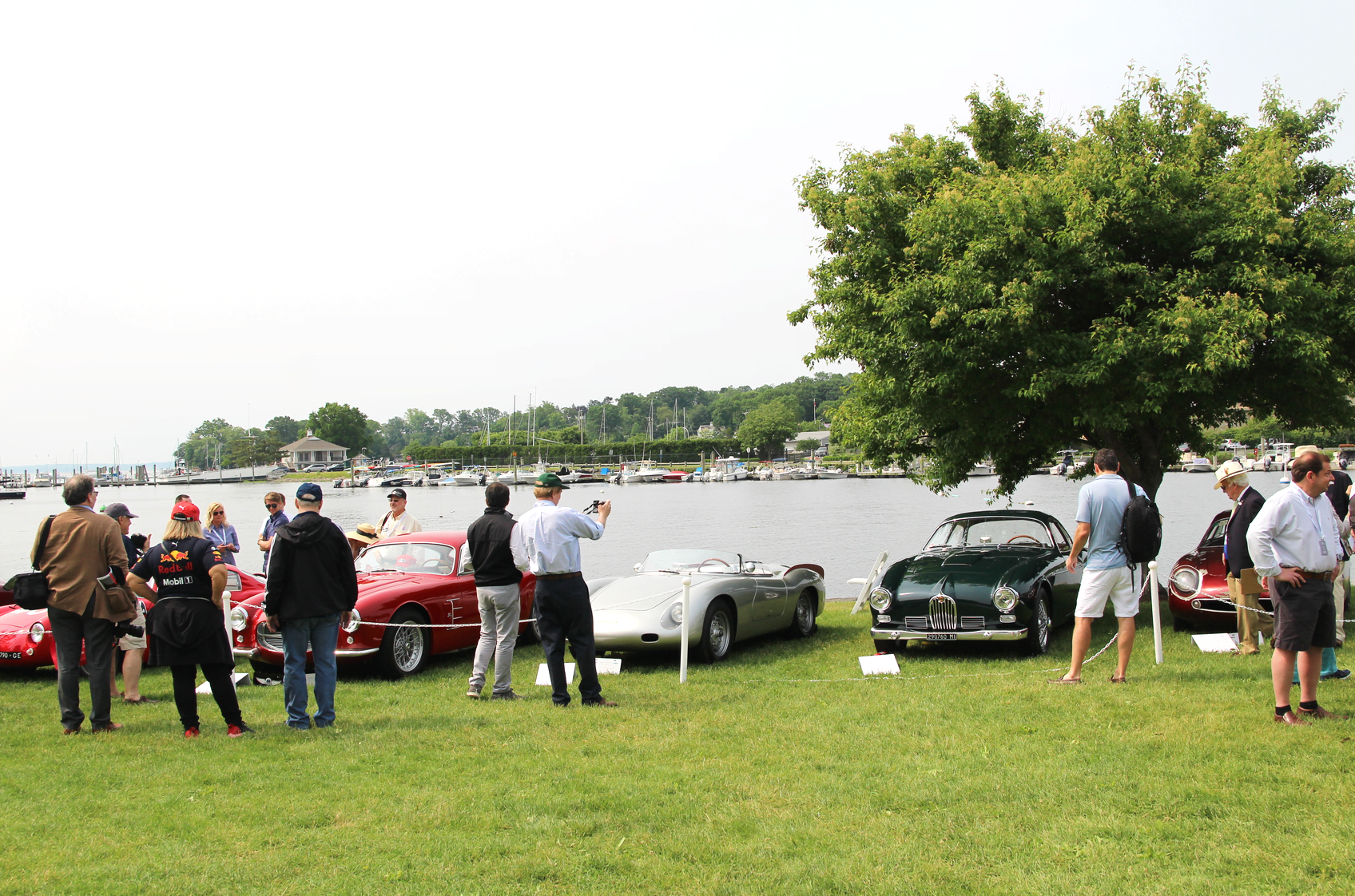 “The park is not appealing to the public, therefore it does not encourage usage when events are not scheduled,” the RFP states. “The current configuration does not provide a defined park entrance, nor does it take advantage of the harbor and water views.”

The RFP asks for ideas to make the park’s open space more accessible, by possibly including a pedestrian walkway along the edge of bulkhead and reconfiguring the parking lot.

The anticipated timeline starts with design in April 2020, data gathering in May, first draft by June, and complete deliverables by July 2020.

Camillo’s campaign paralleled an application to redevelop Greenwich Plaza and the Greenwich Train Station, which is wending its way through Town departments, including Planing & Zoning.

He pointed out that it doesn’t make sense to have the Dept of Public Works shed located on valuable waterfront property, and blocking water views. The “shed” is a large brick building next to the Teen Center that is used by the Parks Dept to store trucks and equipment.

There is $1 million proposed in Camillo’s 2020-21 budget for park restoration and relocating the shed. 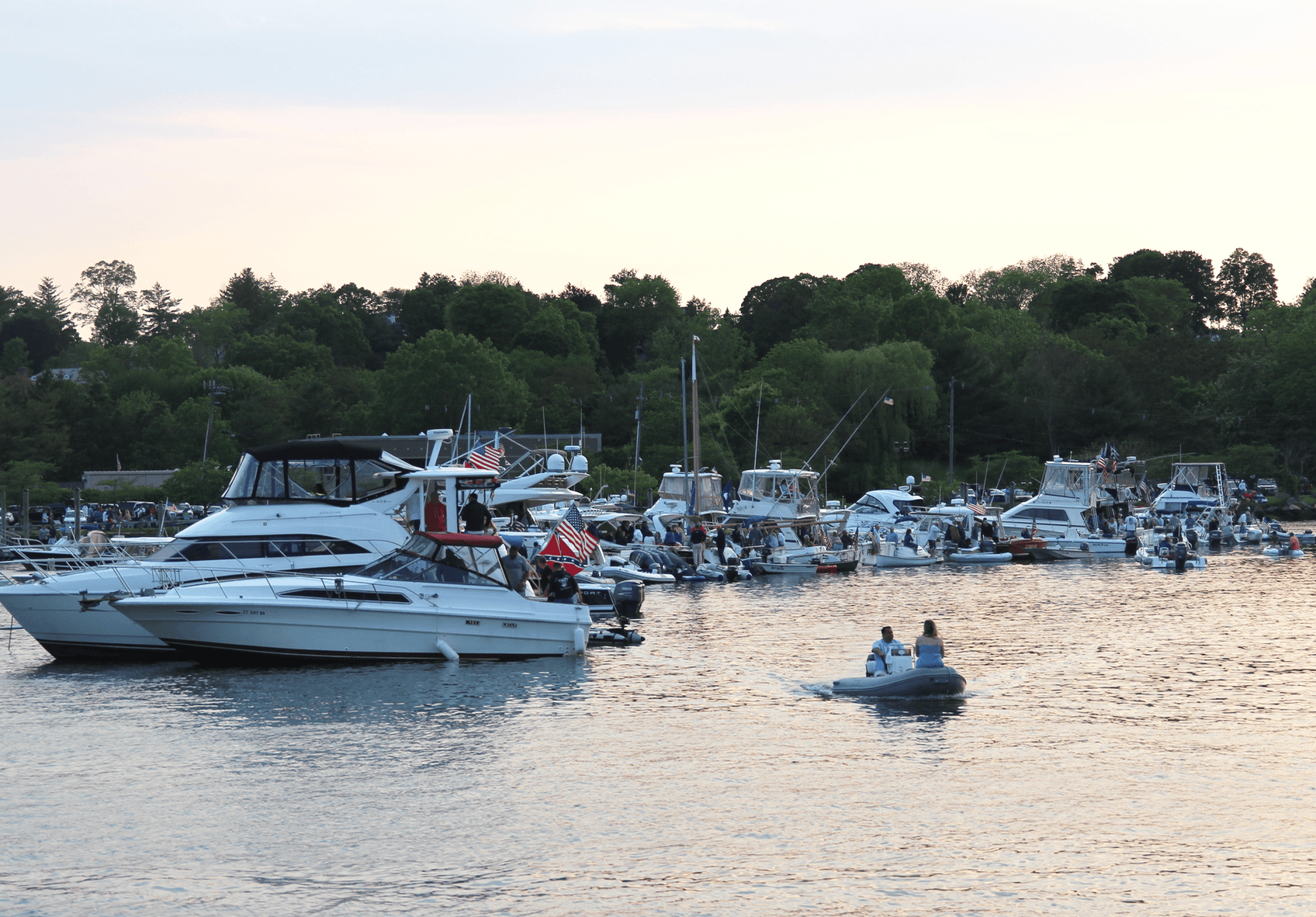 Boaters enjoyed the bands on a large screen facing the harbor from the Roger Sherman Baldwin Park. May 25, 2019 Photo: Leslie Yager

“To be fair, there’s no great place to park trucks, but they don’t belong on the waterfront,” Camillo said during a budget hearing on Jan 9. “They’ve been there for generations. It’s nobody’s fault. But it’s going to end and we’ll get started right away. It’s really going to enhance the waterfront and is the beginning of a grander vision for our downtown.”

The park is currently a mix of open park space and brick industrial style buildings. In addition to the DPW shed, which would be demolished, the park contains the Greenwich Teen Center, skateboard park, ferry dock and shelter, public restrooms, and Greenwich Police Marine Division facilities. 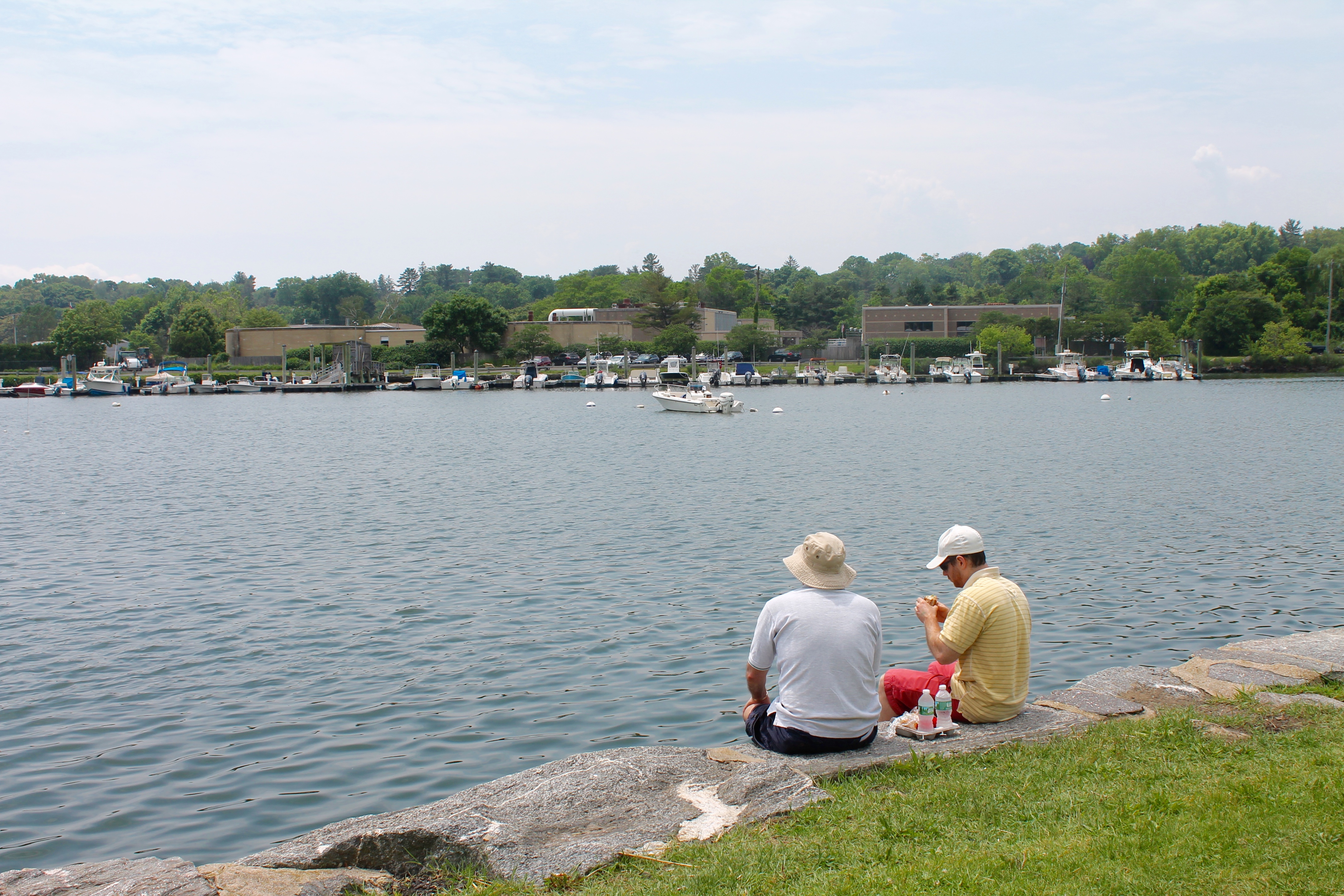 Events held in the open public space of the park can attract up to 7,500 – 8,500 people per day. Larger events are scheduled prior to the beginning or end of the ferry boat season, which runs mid-June to mid–September.

Some of the design concerns and limitations include that the parking lot for the park is across Arch Street.

Because the DPW shed has attached public bathrooms, the new design would include public restrooms. Currently restrooms are able to accommodate 750 people per day (375 women/ 375 men).

The ferry dock and gangways would be retained, as well as the boat waiting pavilion, though the pavilion could be moved.

Access to the ferry dock for emergency vehicles and ADA parking must be incorporated.

The ferry boats are fueled via a 4,000-gallon fuel truck and truck access must also be retained.

Also the Police Marine dock and 500 gallon fuel tank will be retained. The Marine police building could be moved.

The skate park will stay in its current location, though the adjacent parking lot may be redesigned and will be used by town employees including island caretakers, ferry boat employees, seasonal park employees, Marine Police Officers and Teen Center employees. The lot needs at least 60 parking spots.

The electric service, meter and switch gear for the east side of the park is located in the DPW shed. From that location the electric service is distributed to the Marine Police, the Ferry & Police Docks and the Sewage Pumping Station. With the potential demolition of the Parks & Trees Building, the electric for the retained park functions will have to be accommodated.

The park is connected to the Town sewer system through a series of two E1 sewer pump stations.

Also, per the RFP, an evaluation committee will be formed to review the qualifications and cost of each proposal.

Proposals will be scored by the committee who will determine which proposal best meets the Town’s needs.