While a decision may not be made until the Board of Selectmen convene on March 22, two out of the three Selectmen – John Toner and Sandy Litvack – have reiterated their inclination to eliminate student parking on Hillside Road to the tune of 72 parking spaces.

The conversation initiated when Captain Mark Kordick – who is serving as interim Parking Services Dept director until an outside vendor is hired to advise and supervise the department – sought to codify the student parking arrangement, which somehow had never been formally incorporated into town code.

There was not a request to remove parking on Hillside, but that possibility was raised first by Mr. Litvack.

On Thursday town attorney Wayne Fox said it’s still unclear if the Board has the authority to take action on the parking for students on Hillside.

“Street spaces are considered by the commission to be part of the school’s required parking authority,” Fox said. “What’s unclear – and we’re still searching previous history on this as to when the Board of Selectmen conveyed the property to the Board of Education many years ago for the high school, is whether the high school was given the authority to control Hillside Rd.”

Capt Kordick had a different angle. “To say you don’t have any authority, even if the BOE has taken legal possession of this property is not accurate. This board regulates parking and traffic matters per town ordinance for matters on BOE property just like Housing Authority property if the BOE or Housing Authority asks us to.”

When the issue first arose, Selectman Sandy Litvack sympathized with neighbors who have been increasingly vocal about their loss of quality of living in the shadow of the high school.

In fact, neighbors’ ire came to a head during a November 2017 meeting hosted by the Superintendent, during which hired Architect Russ Davidson presented potential upgrades to Cardinal Stadium.

The neighbors have remained vocal, repeatedly charging that GHS imposes on them in many ways.

Burke Dempsey said GHS is less than neighborly when it keeps its lights on at midnight. Neighbors have also complained about noise and dust during years of construction projects. They are also fed up with litter.

The issue that may be the last straw is the school’s monopolization of Hillside Road, which has not only worsened over the years with the increase in sports and extra curriculars, and campus activities extended to seven days a week, including GYFL and Trinity Church.

A bad situation became worse with the school start time change. Pick up and drop off now coincide with rush hour traffic in general. 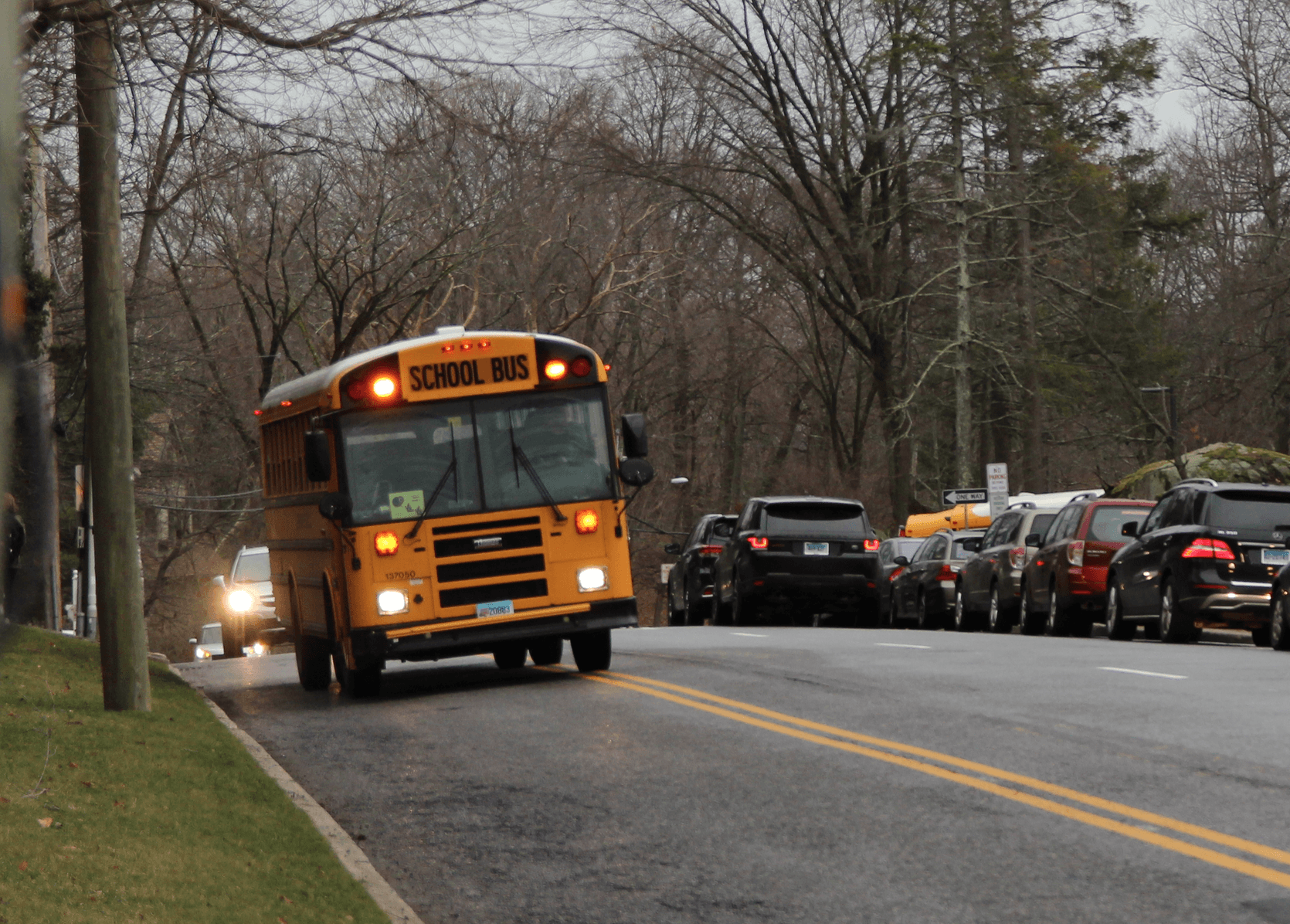 Parents turn around in and even park in Hillside Road driveways during pick up and drop off.

Selectman Sandy Litvack has been sympathetic. 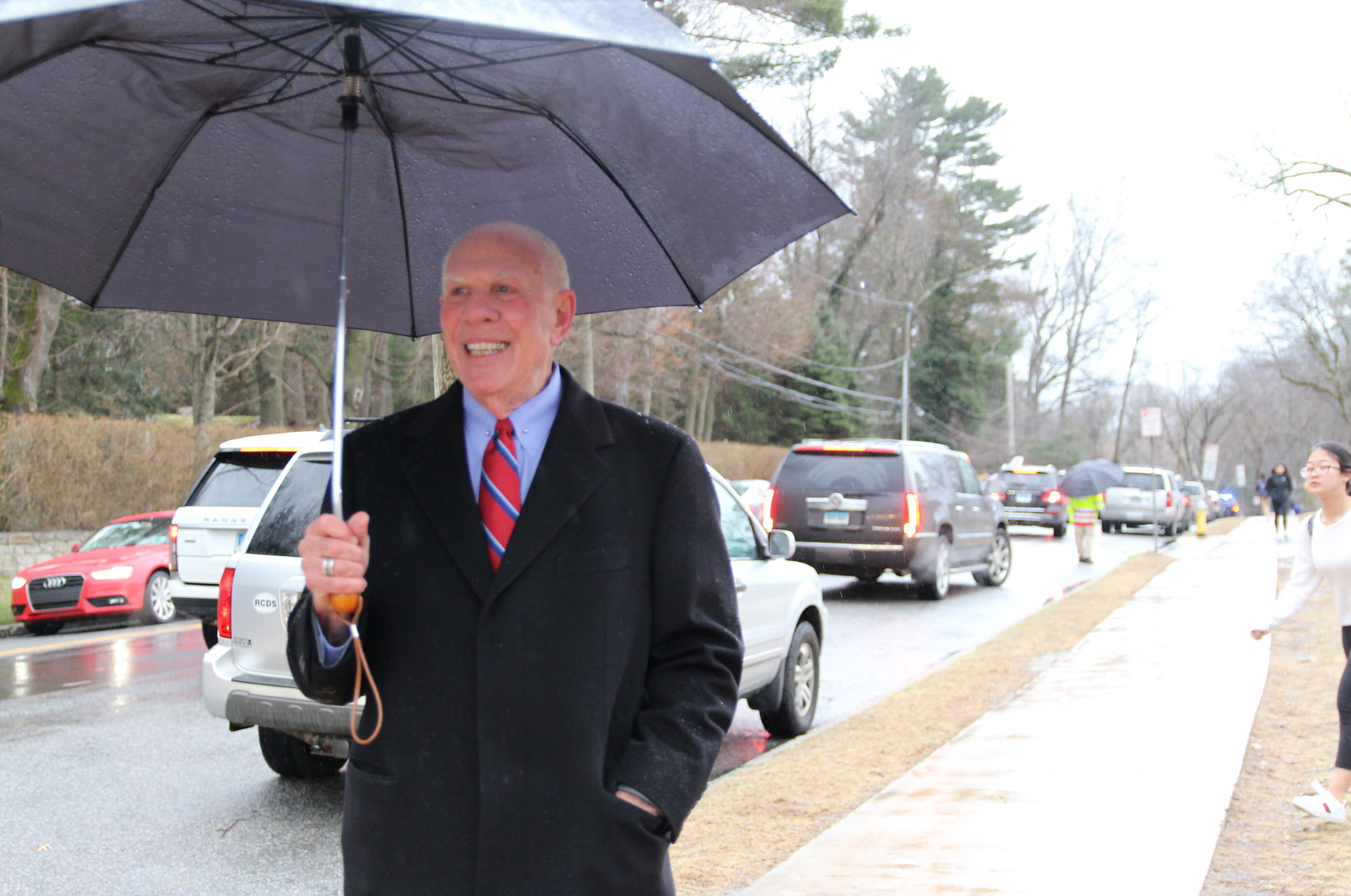 After school on Thursday, Selectman Litvack came to GHS to observe the congestion at dismissal himself. He witnessed parents and officials making U-turns on Hillside Road, students darting through active lanes of traffic to get to their rides.

Litvack witnessed parents double parked almost the entire length of Hillside Road with no consequence. There were no parents queued in the loop behind the building where they’re they’re supposed to wait to pick up their children.

Meanwhile students are upset at the prospect of losing parking. A student government op ed piece published on this website on Wednesday was the most popular post of the week. An online petition to retain student parking on Hillside Rd got over 1,174 signatures in two days. 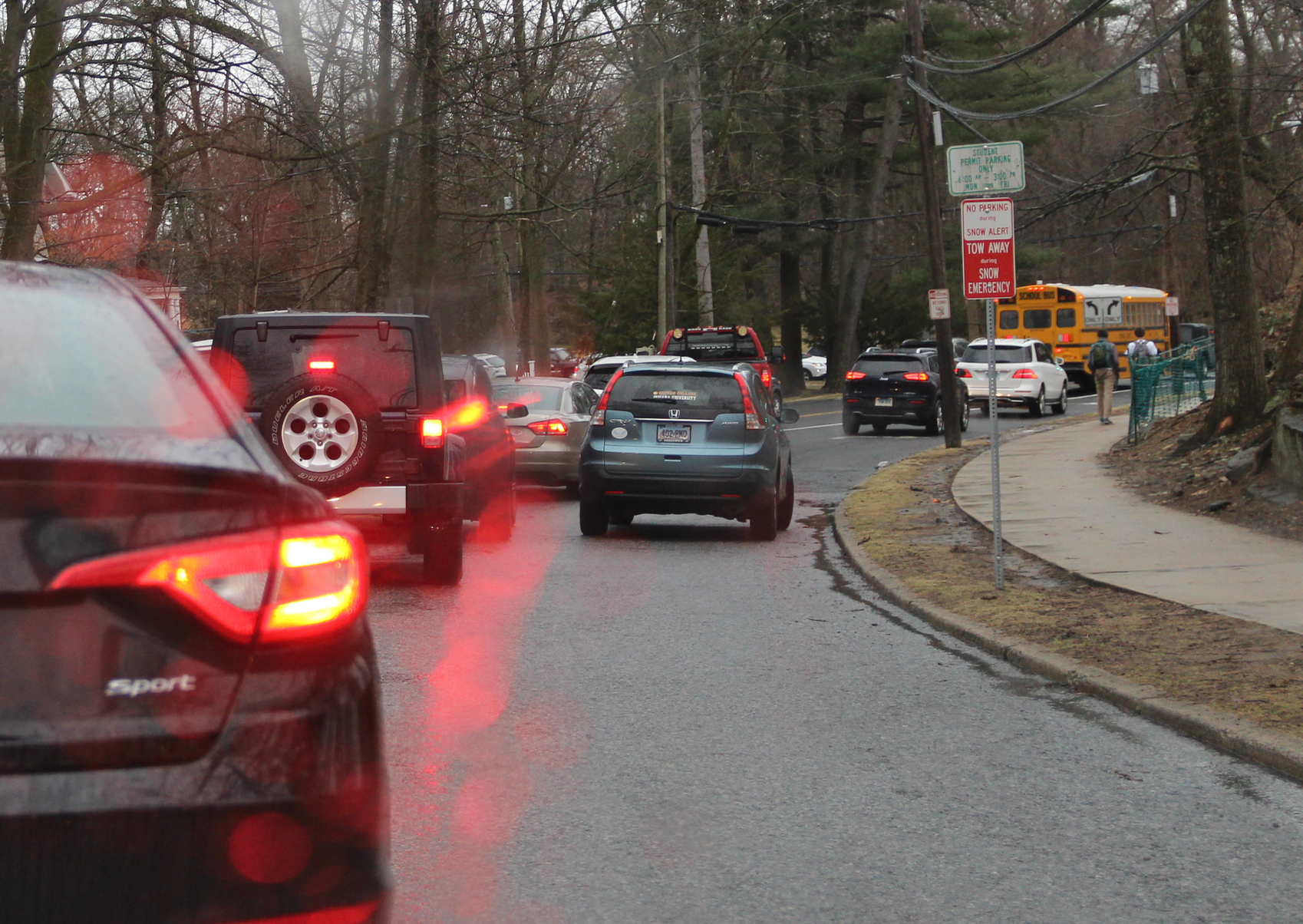 During dismissal, traffic goes around a Honda parked on Hillside near the intersection with Putnam Ave, preventing cars from flowing into the right turn lane. Feb 22, 2018 Photo: Leslie Yager

On Thursday night, student government leader Greg Goldstein addressed the Board of Education, telling them that the loss of 72 student parking spots on Hillside would place an undue burden on GHS seniors who rely on driving to school to get to jobs and internships, and to pick up younger siblings.

“Students in Greenwich do things after school that are eye opening. Some run companies, others rush to Bridgeport to volunteer,” he said.

He suggested that the loss of parking would trigger the need for another school bus, costing the district some $80,000. At GHS there are 29 buses. 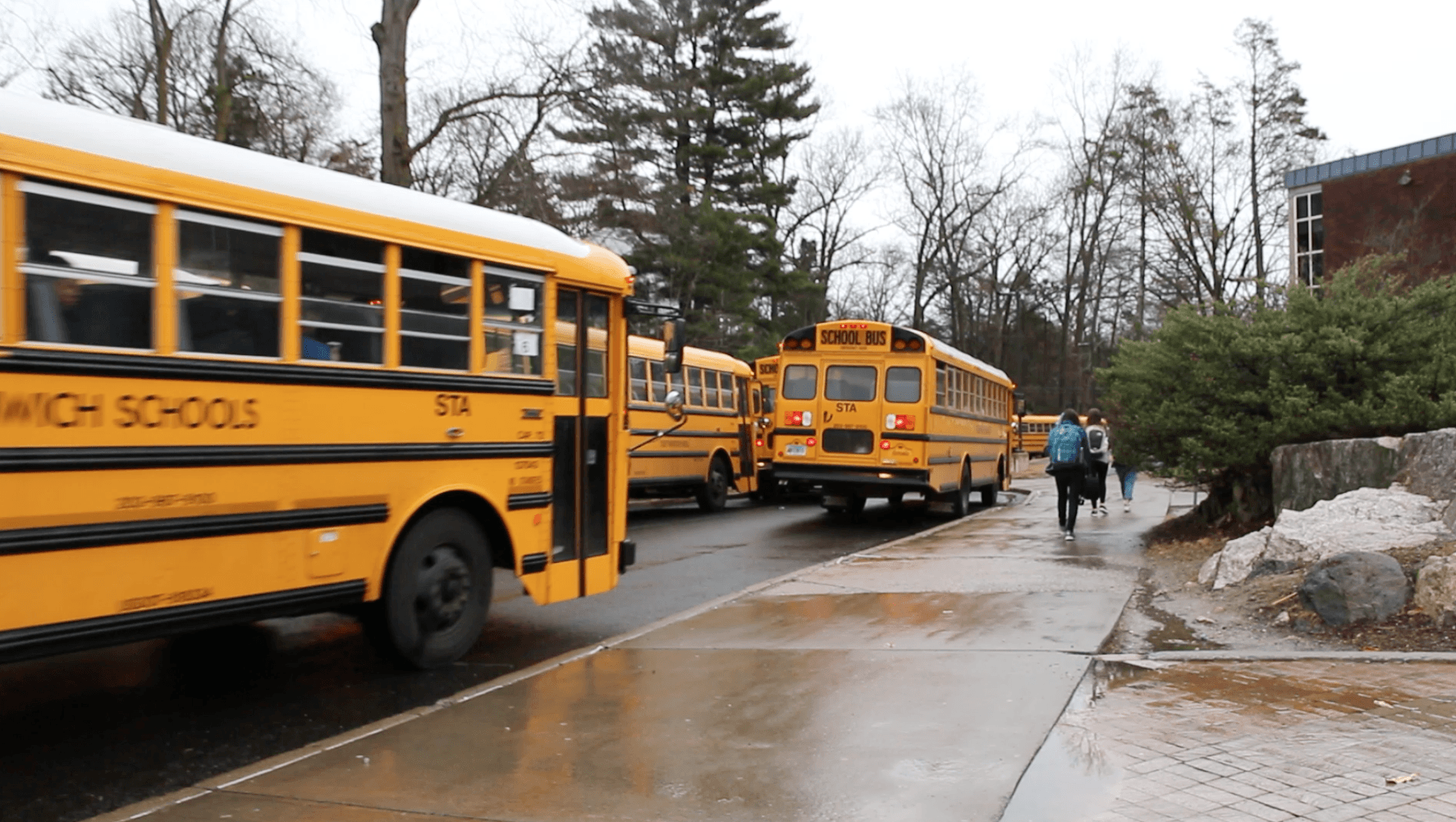 Each afternoon, on cue from whichever Greenwich Police is on duty, the exodus of 29 big yellow school buses is something to behold.

Moreover, Goldstein said that eliminating student parking on Hillside would not alleviate congestion. “The 72 on-street parking spaces are not the cause of the mass congestion that is the neighbors’ main worry,” he said to the BOE on Thursday.

Many have suggested the congestion is the result of double parking.

Others have suggested that if there were no student parking allowed on Hillside, parents wouldn’t have to double park.

On Friday morning, First Selectman Tesei, who is not in favor of removing student parking on Hillside, said a concept being discussed with the Cardinal Field committee involves an access road from East Putnam Ave, which could go a ways to alleviating Hillside congestion. He said the fact that there is only one access route is a security issue. “For a facility this size it’s surprising there is only one exit in and out. I think of this in light of the tragic and unfortunate event that took place in Florida as a security issue too.”

Tesei said he expects the question of student parking will be resolved in March.

GHS Student Government: Student Parking is Not the Source of Congestion on Hillside

Hillside Road by GHS Is Re-Striped As Traffic Calming Measure …