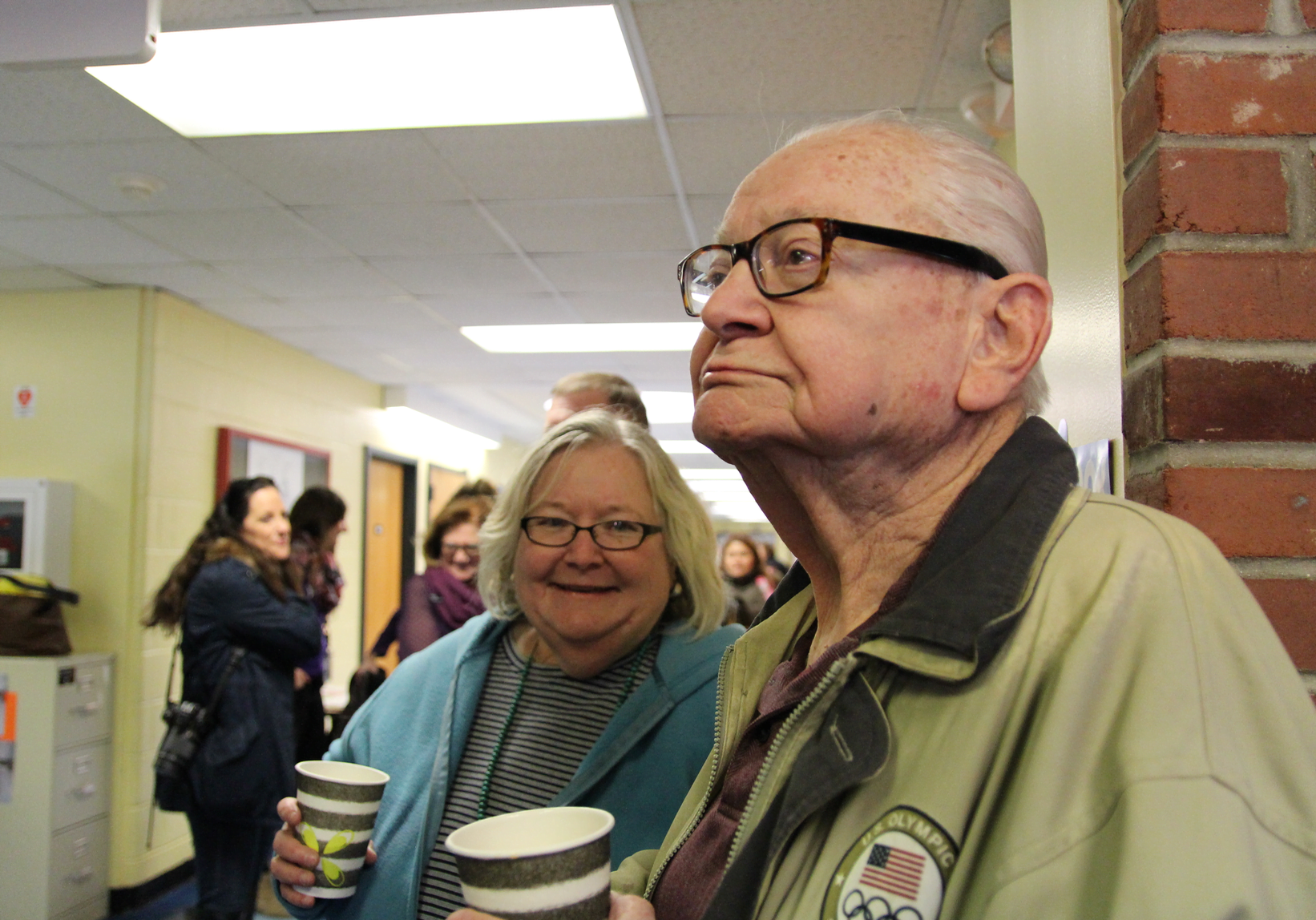 Camillo acknowledged the Mr. Goss, who is 93,  joined the RTM in January 1962, and will have served just over 39 years when he steps down from the RTM at the end of this month.

Throughout his years of service, Goss served on the Health, Legislative & Rules, and Sewer committees.

“The amount of paperwork has grown tremendously,” Goss told GFP at the groundbreaking at New Lebanon School in December 2017. “It has to do with increased bureaucracy in Hartford.”

He was a Professor at the New York Institute of Technology from the 1970s to the 1990s and was Chairman of the Architecture Department for 15 years.

Goss and his wife Ruth Yanosik of Greenwich were married for 60 years and they had four children – Wendy, Judy, Dean C. and Martha.

Judy Goss, who is also a member of the RTM, said of her father, “Dad once said that you have no reason to complain if you are not working for a solution. He has always been an example of that.”

“I urge all our citizens to join me in applauding Mr. Goss’ service to the Town and in wishing him many more years of health and happiness,” Camillo said.