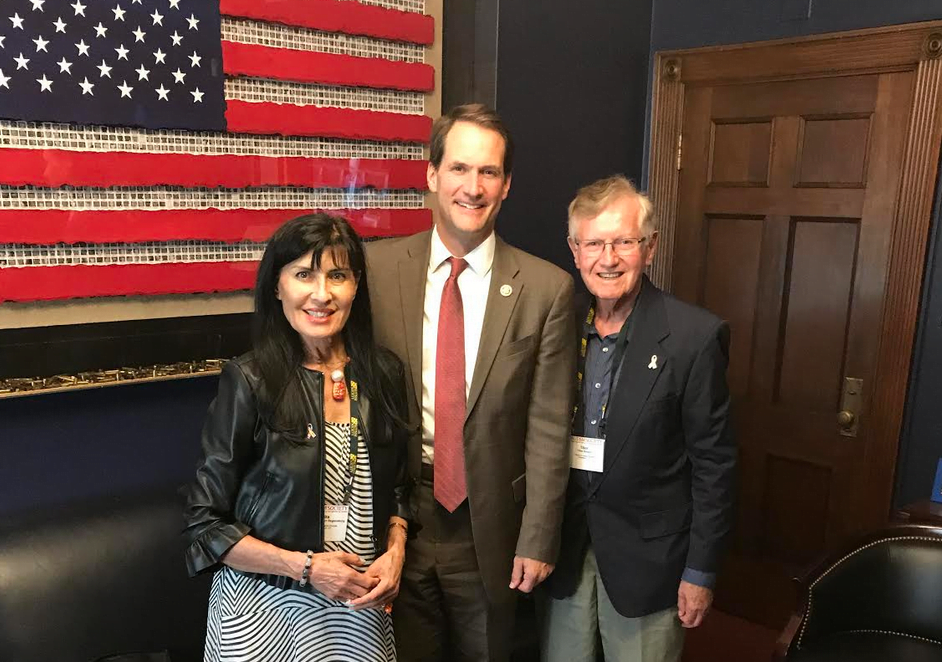 Legend for picture with Congressman Himes: Founder and president of Friends of Autistic People, Brita Darany von Regensburg and Vice President Tibor Darany pose with congressman Jim Himes (middle) after a legislative meeting to discuss the reauthorization and co-sponsoring of bills that impact individuals with autism. Contributed photo

The conference’s main focus was a “Day on the Hill” which began with a Legislative Breakfast attended by the following congressmen: Senator Menendez (D-NJ), Senator Casey (D-PA), Representative Smith (R-NJ), and Representative Doyle (D-PA). Attendees were advocating for five acts up for reauthorization and co-sponsoring that improve the lives of individuals with autism.

After the breakfast, FAP representatives, Brita Darany von Regensburg and Tibor Darany met with leaders of the Autism Society and subsequently visited on the Hill the offices of Connecticut’s Federal Legislators, Senators Murphy and Blumenthal as well as Representative Himes to advocate for the five bills listed below. During the meetings position papers of the Autism Society and suggested action plans were handed to the legislators and/or their aides.

In between the events, the Dr. Temple Grandin Award for Outstanding Literary Work of the Year was awarded to Anita Lesko for writing The Complete Guide to Autism Healthcare.

Part of the Autism Society’s mission is to work toward quality of life indicators such as the ability to communicate, the freedom to choose a career, and opportunities for community involvement.

Friends of Autistic People is a 501(c)(3) charitable advocacy organization dedicated to bringing about an environment where adult children with autism can be assured of receiving high quality care and assistance after they turn 21.  FAP is the one of the few non-profits in Connecticut who advocate appropriate services for children as they mature into adulthood, on the entire Autism spectrum. Former interior designer Brita Darany von Regensburg founded FAP at the spur of the moment after she found that there were no services for children and no group homes for those with classic nonverbal autism when school ended. She and her husband Tibor had been left with no place to turn and she did not want other parents to go through the suffering that she and her daughter had to endure.